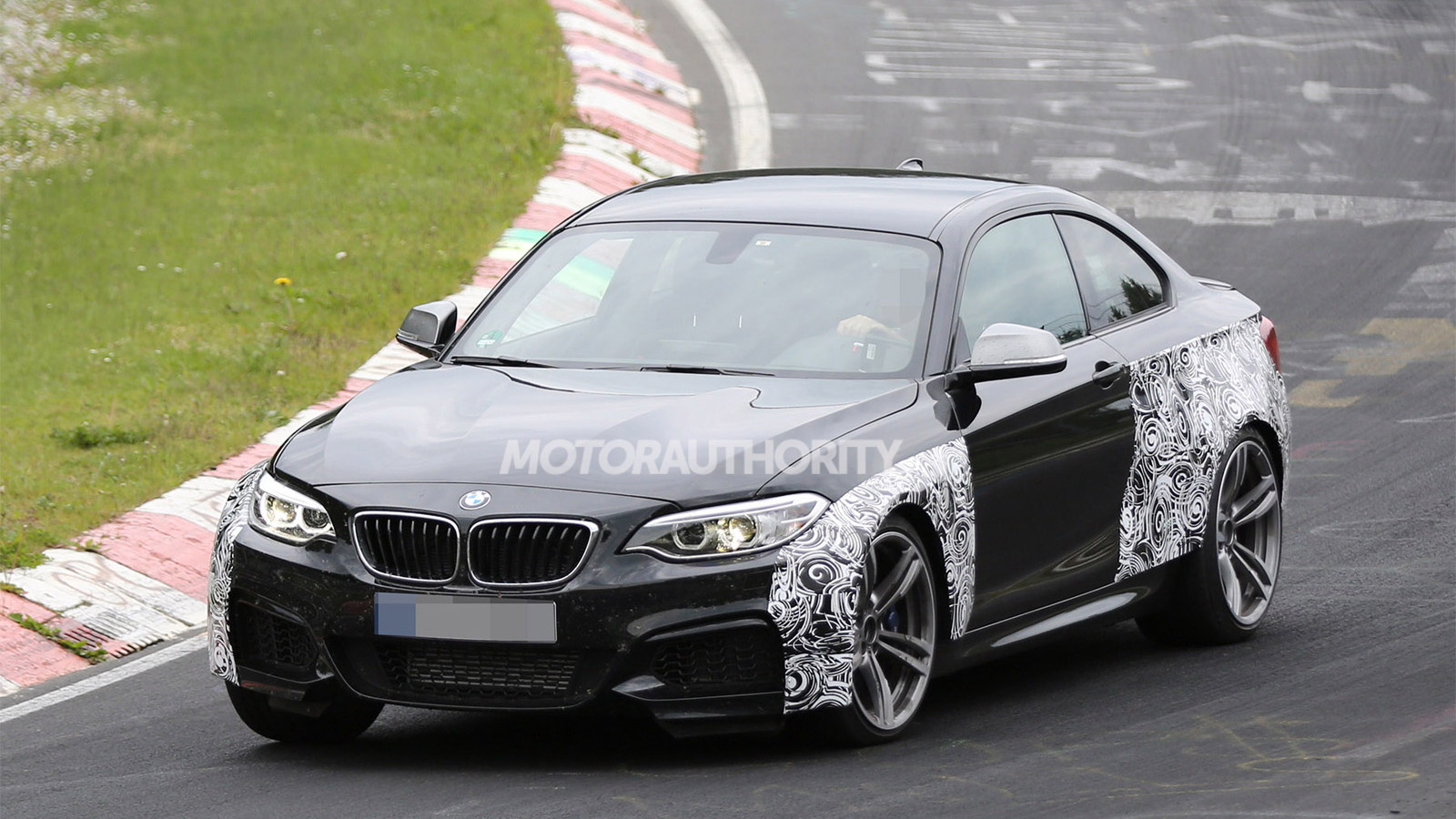 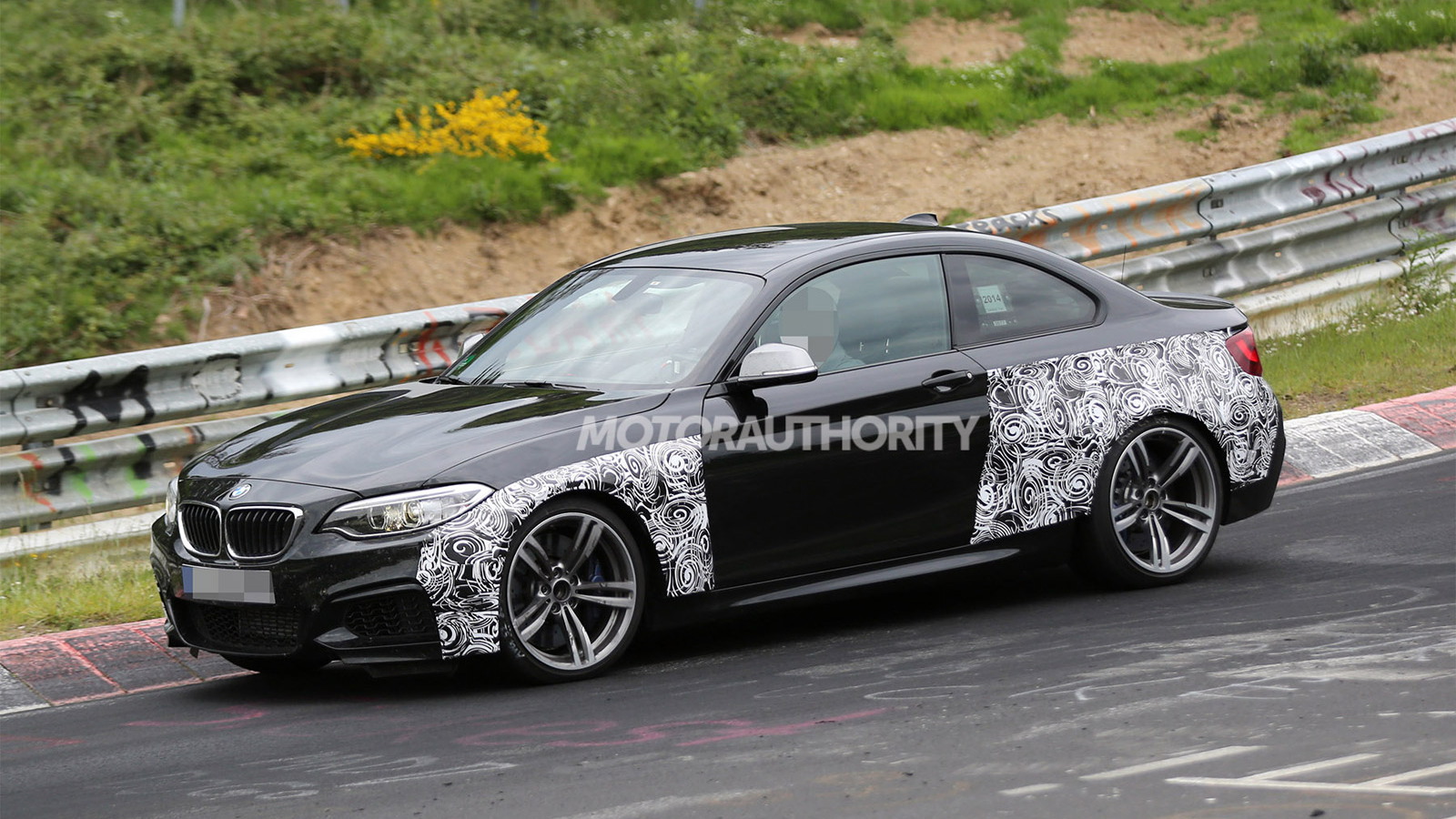 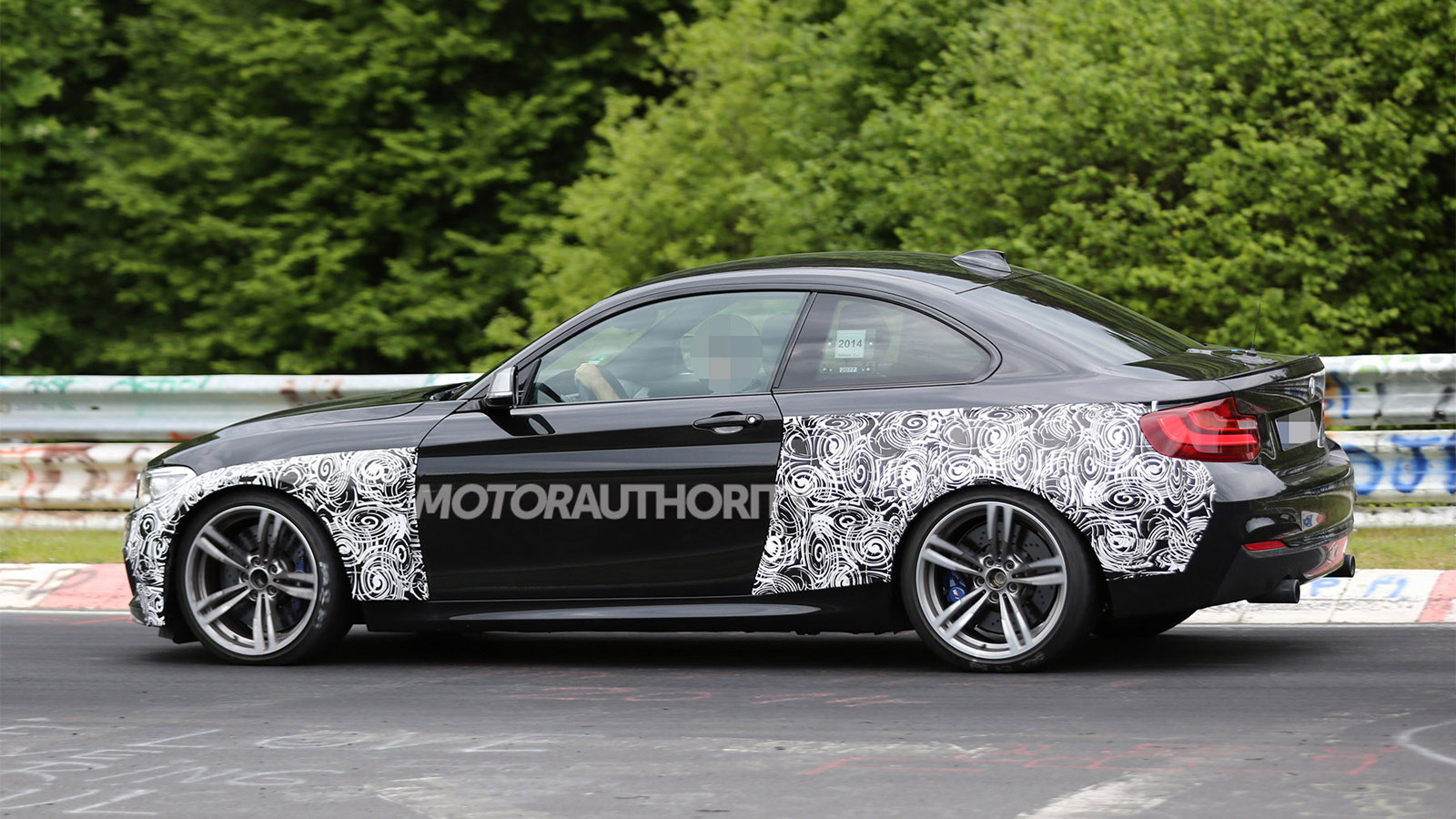 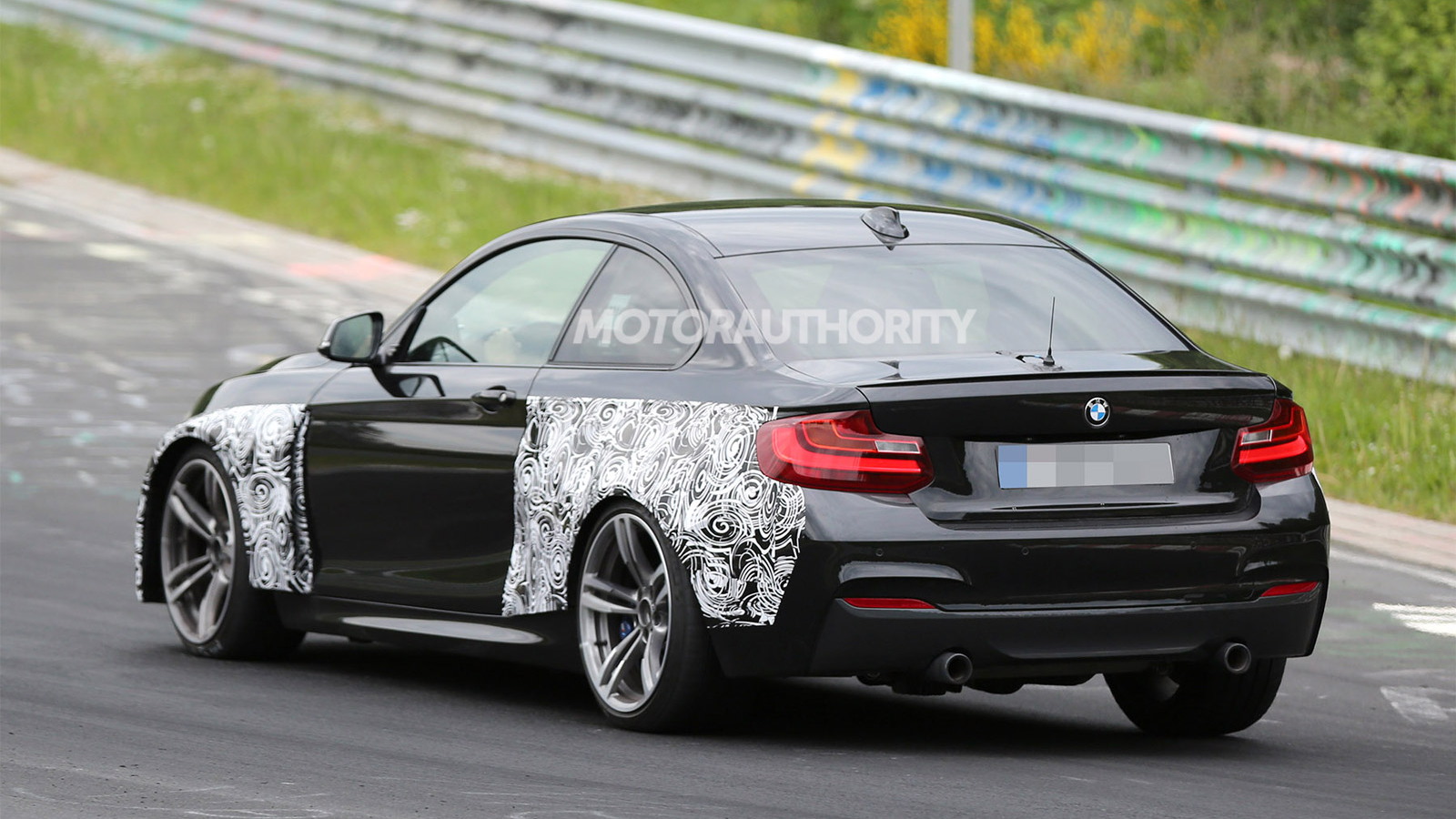 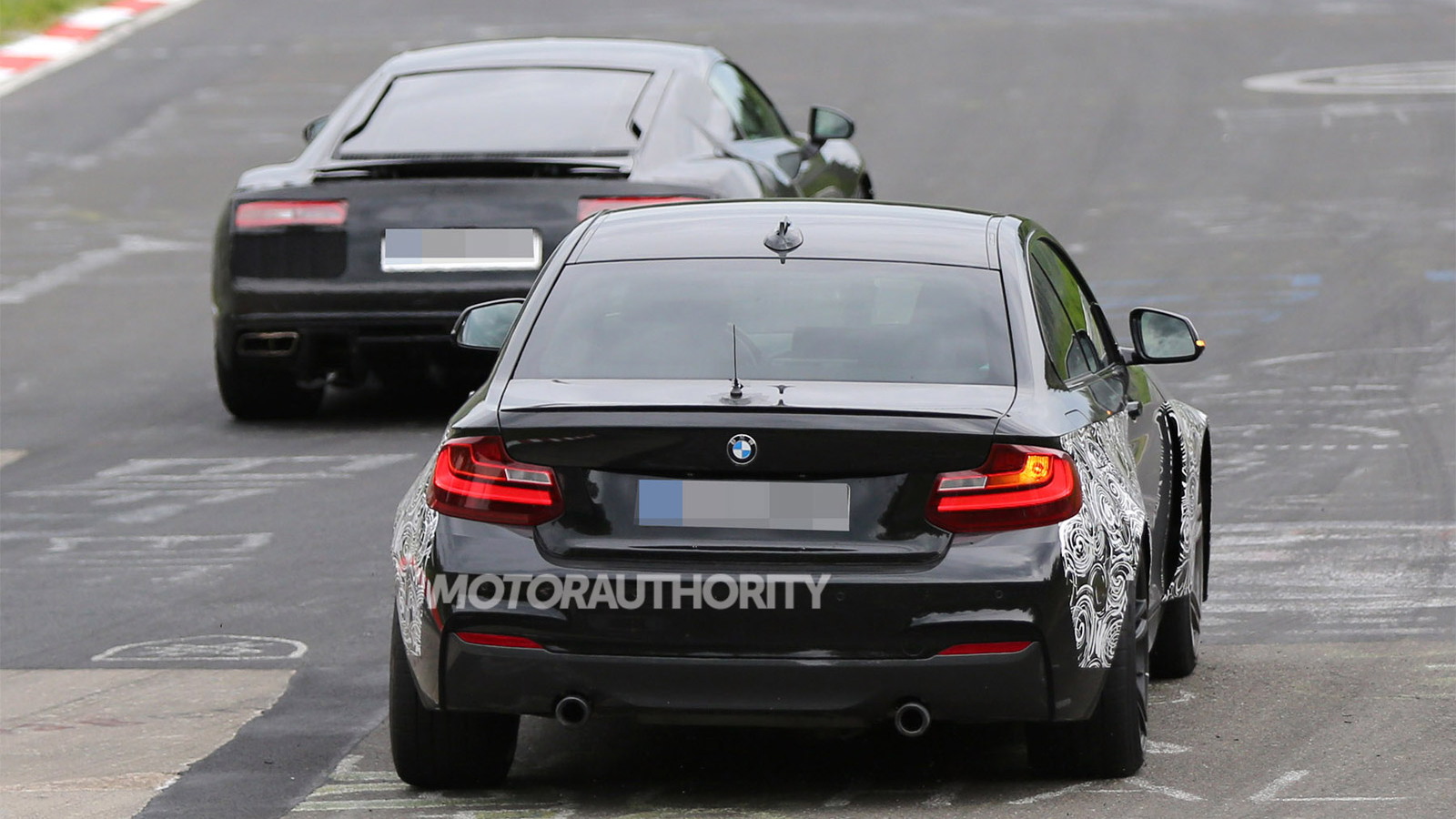 17
photos
The BMW M2 has been rumored for as long as the 2-Series itself has been known about, but it looks like it may soon transition from the land of supposition and rumor to reality.

According to a new report from Auto Express, the BMW M2 is likely to arrive at the 2015 Detroit Auto Show. However, sources close to the matter have told Motor Authority that the M2 won't be at the Detroit Auto Show. When will it debut? That's still unknown to anyone outside BMW.

Detroit would have been a touch earlier than thought, anyway. If BMW stays true to form, the first official sighting of the M2 may not be the actual M2, but a near-production concept for the car, leaving the production model for later in 2015 as a 2016 model—perhaps at the Frankfurt Auto Show.

What, exactly, would an M2 be? We've seen it in spy shots and speculated about its possible makeup, but it can be thought of in a few ways: one, it might be a successor to the much-lauded 1-Series M Coupe, just as the 2-Series succeeded the 1er. Two, it might be considered as a new thing of itself, an M Division interpretation of the 2-Series platform. Three, it might be seen as a smaller, somewhat less-able version of the M4—much like the Cayman stands in relation to the Porsche 911.

Whichever way you look at it, the M2 is likely to sport a turbocharged 3.0-liter in-line six-cylinder engine good for something considerably more than the M235i’s 320 hp and 330 lb-ft, but less than the 425 hp / 406 lb-ft ratings of the M4. That could leave the M2 nestled between at somewhere around 375 hp and 360 lb-ft. Upgraded suspension, unique body work making room for wider wheels and tires, unique aerodynamic work, and M-specific electronics and interior touches are almost certainties.

Stay tuned for more on the BMW M2 as details develop, and keep up with all of our upcoming 2015 Detroit Auto Show coverage here.