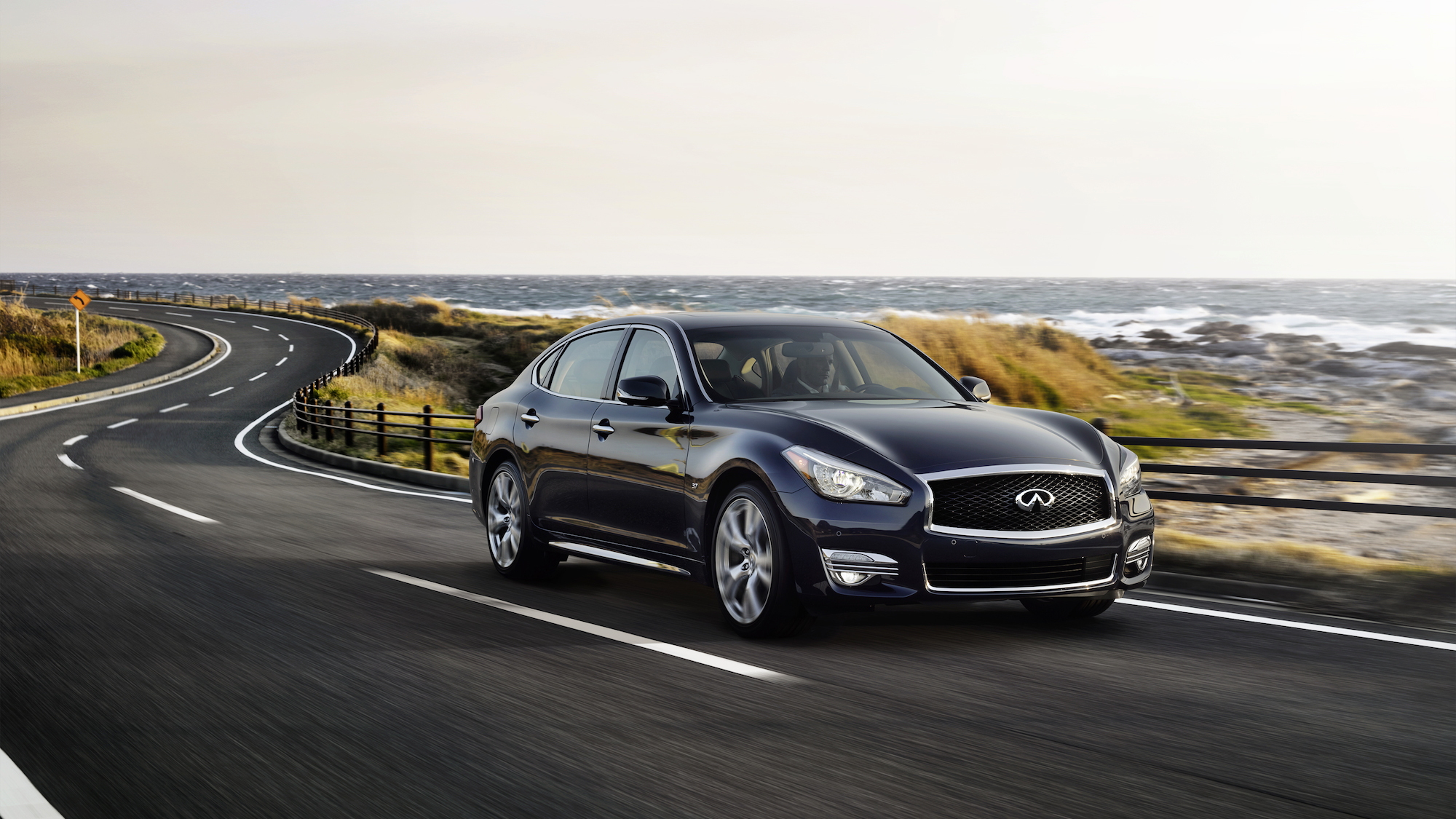 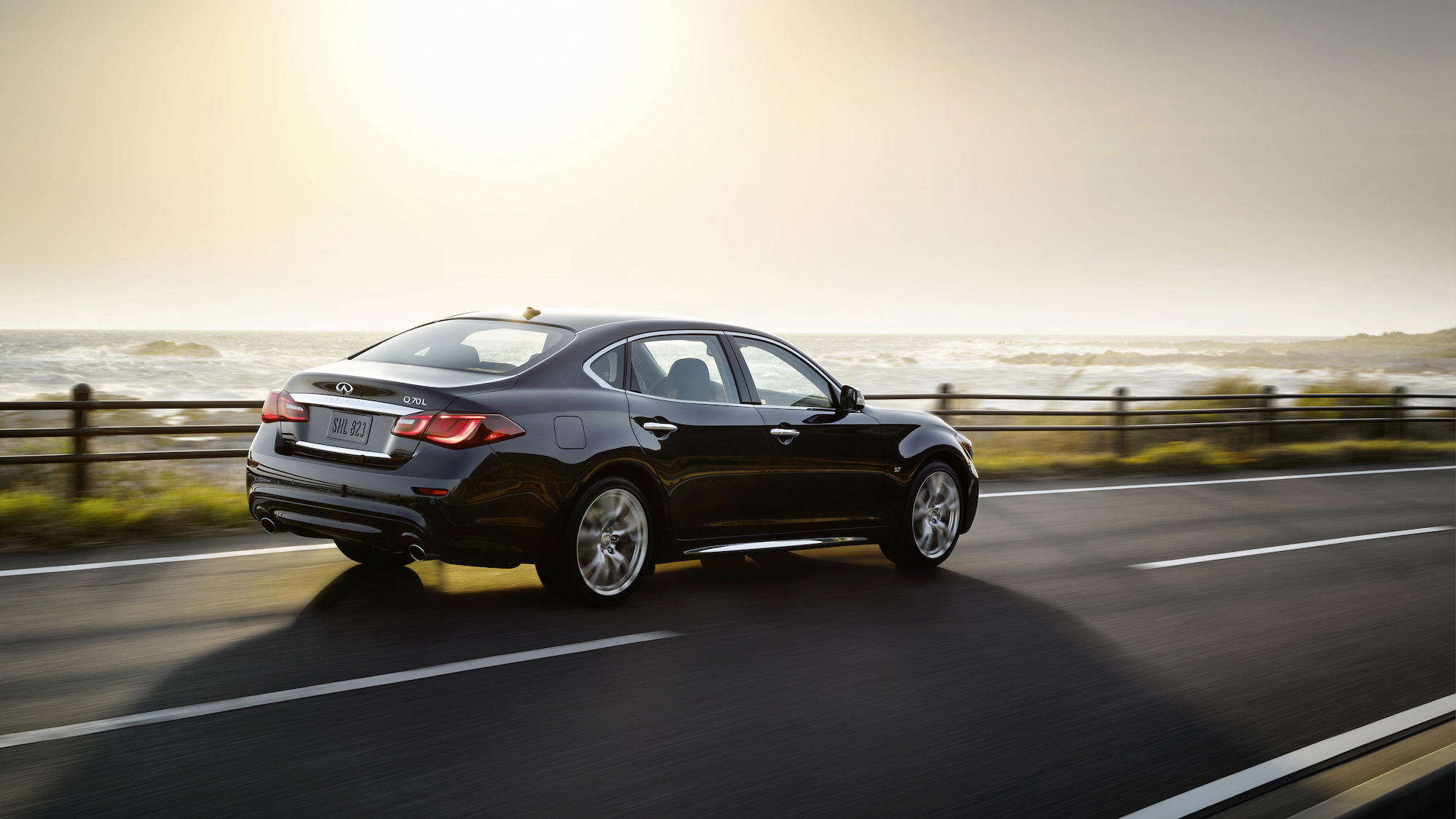 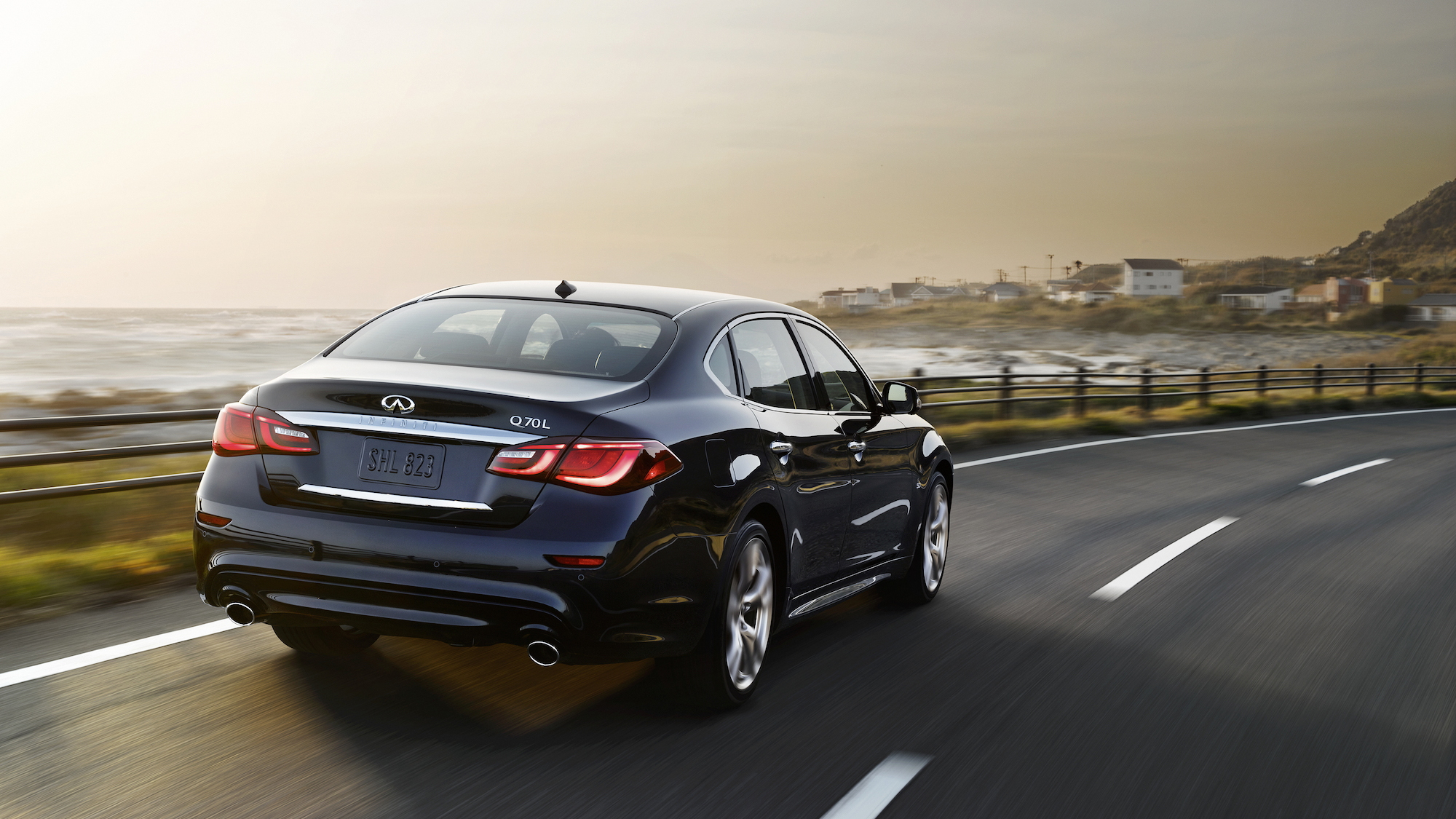 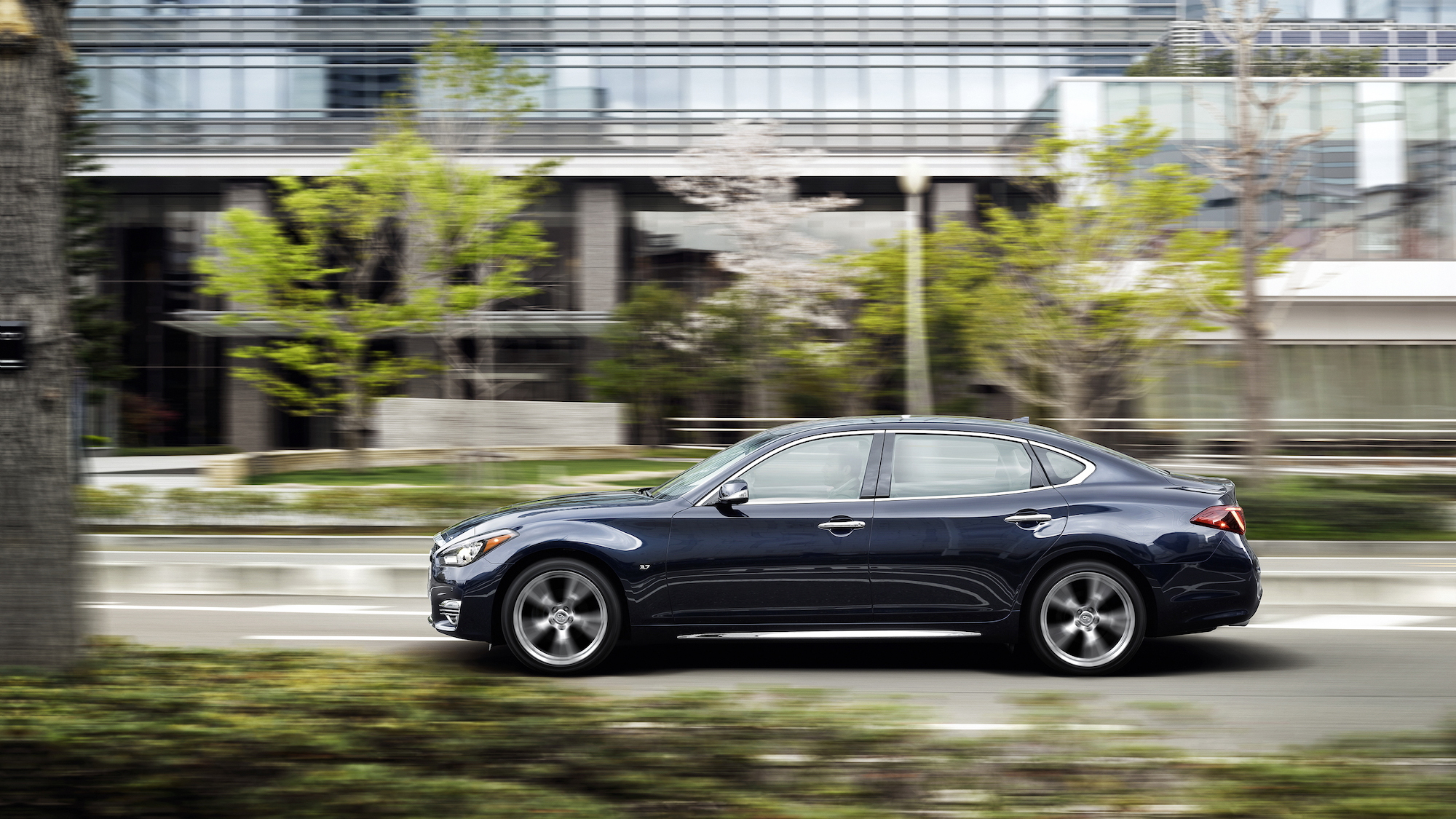 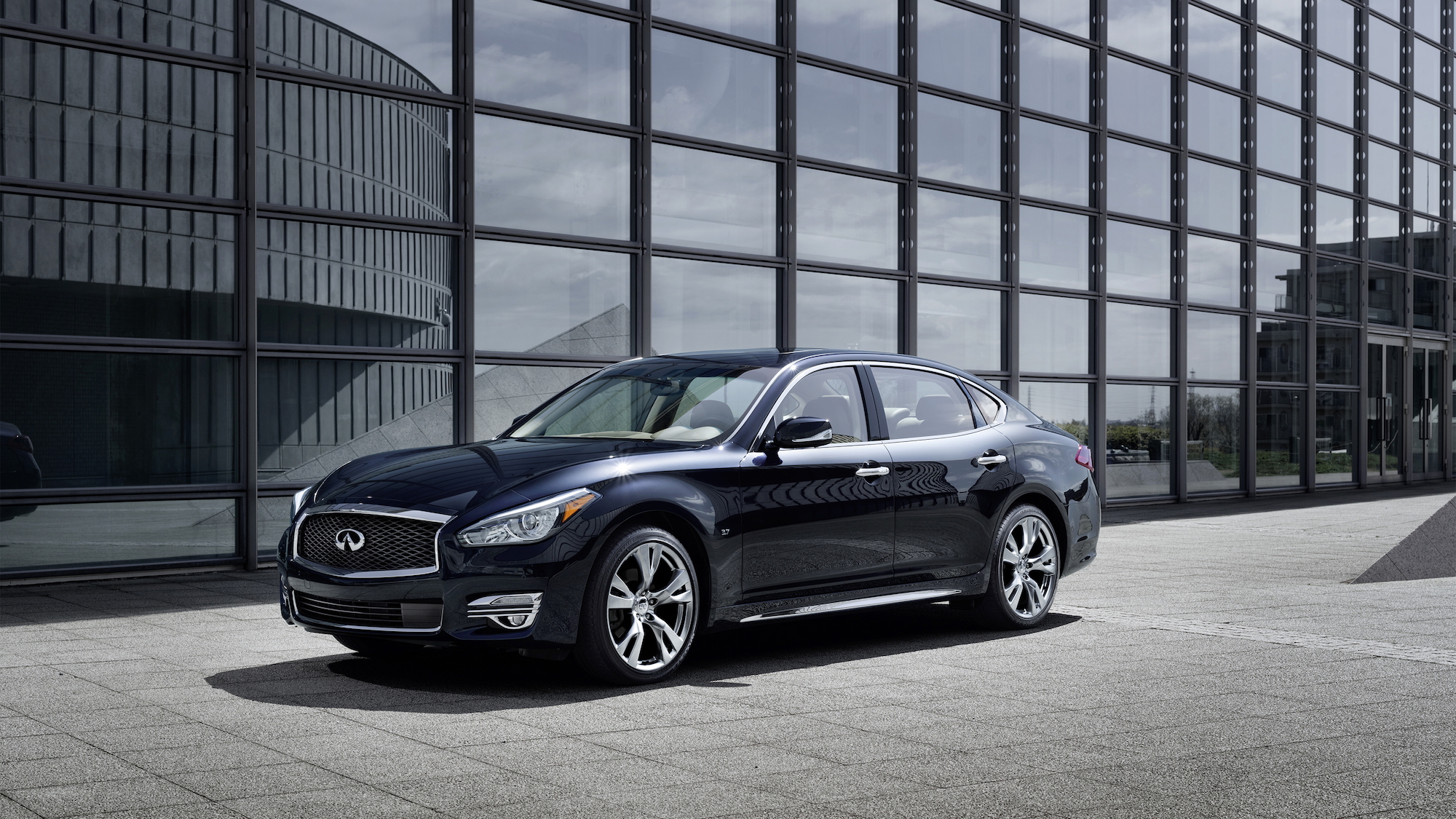 Infiniti announced pricing for its 2015 Q70, which receives numerous updates for the new model year meant to keep this midsize luxury sedan fresh. Prices start at $50,755 (including destination) for the base 2015 Infiniti Q70 with the 3.7-liter V-6 and rear-wheel drive.

MUST WATCH: Huracán Takes On A Jet, Is Now A Proper Lambo: Video

For those interested in fuel economy, Infiniti also offers a Q70 Hybrid with a powertrain consisting of a 3.5-liter V-6 teamed with a single electric motor for a net power output of 360 hp. Available only with rear-wheel drive, it starts at $56,805.

A major part of the Q70's 2015 revamp is the introduction of a long-wheelbase Q70L model, boasting an extra 5.9 inches of legroom and 32.4 inches of knee room. That comes at a $1,500 premium over comparable V-6 and V-8 standard-wheelbase models (the Q70L isn't offered as a hybrid).

Aside from the stretched version, the Q70 gets revised styling that aligns it more closely with the smaller Q50. A bolder version of Infiniti's double-arch grille is the standout feature. On the inside, increased sound insulation, improved sealing, and stiffer wheels help to further dampen noises, as does an Active Noise Control system.

The 2015 Infiniti Q70 arrives in showrooms later this month.