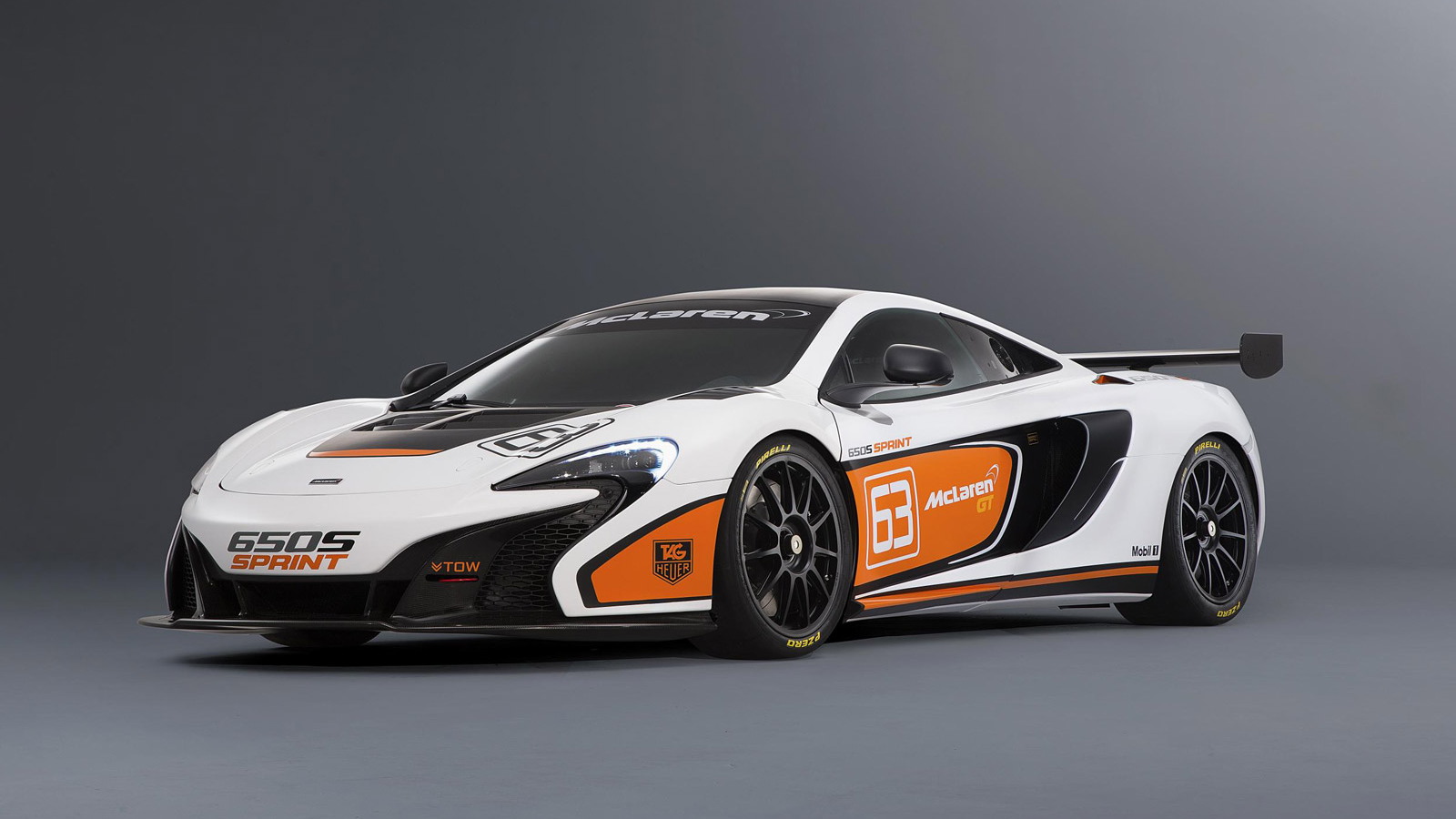 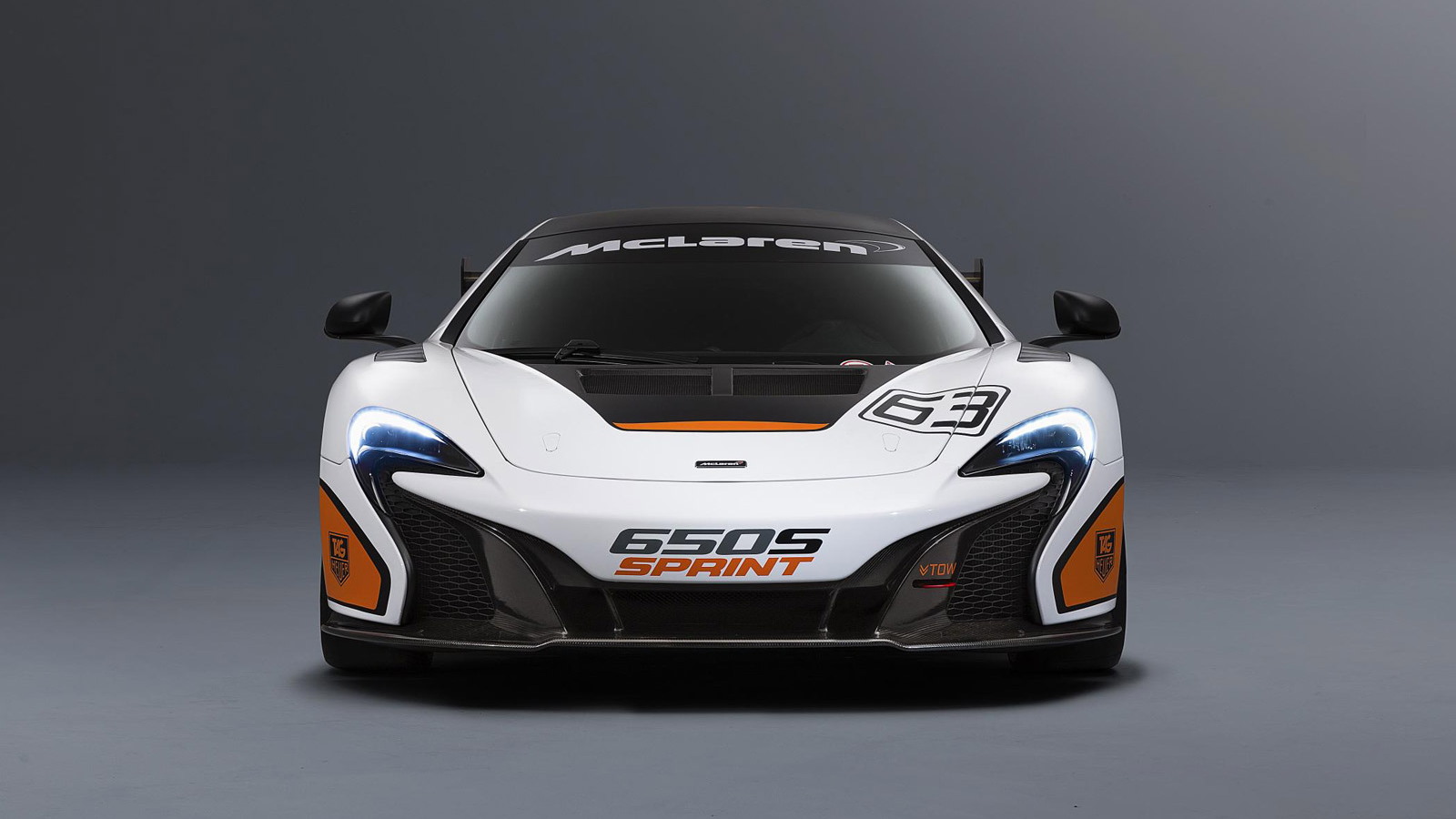 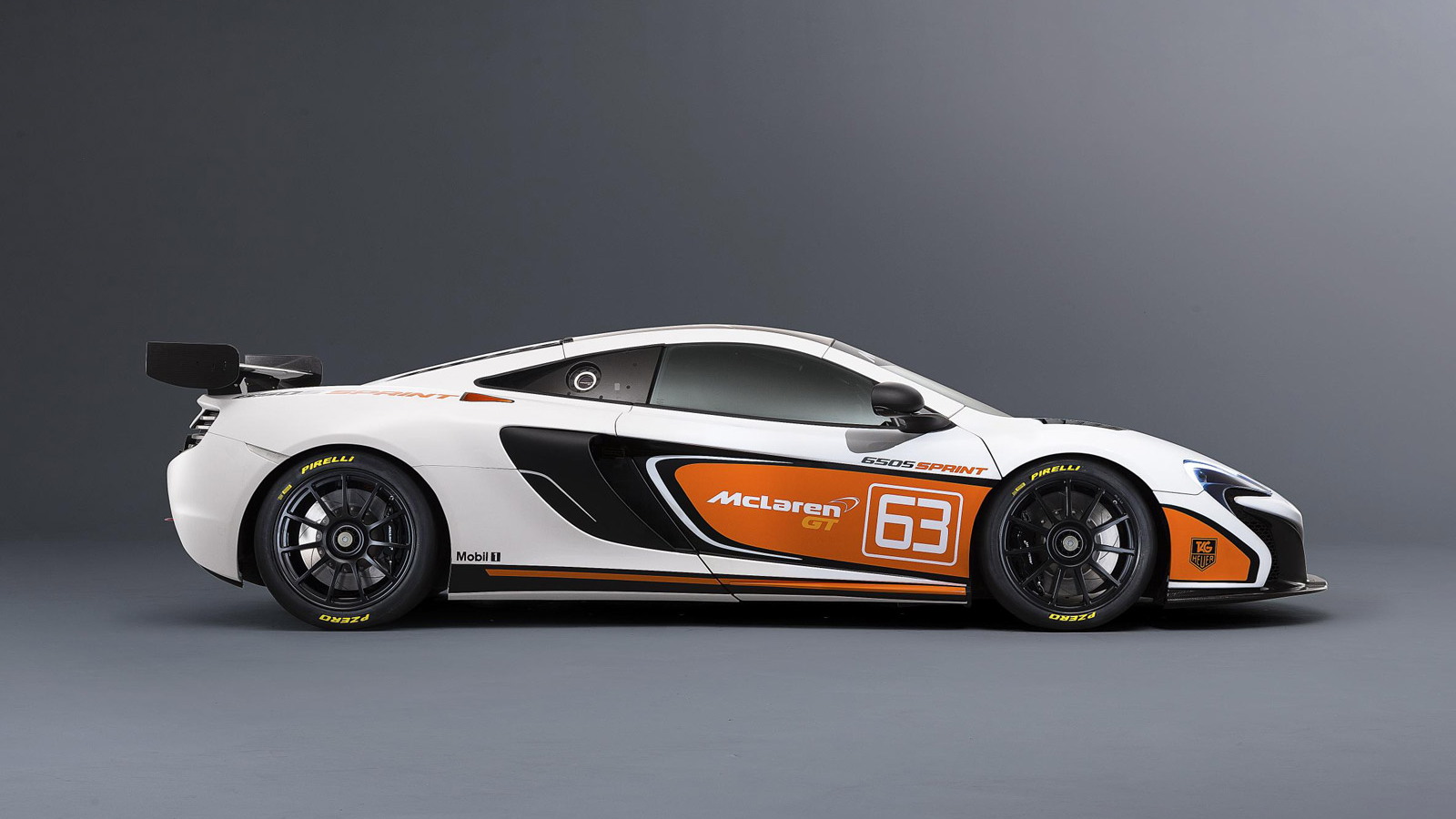 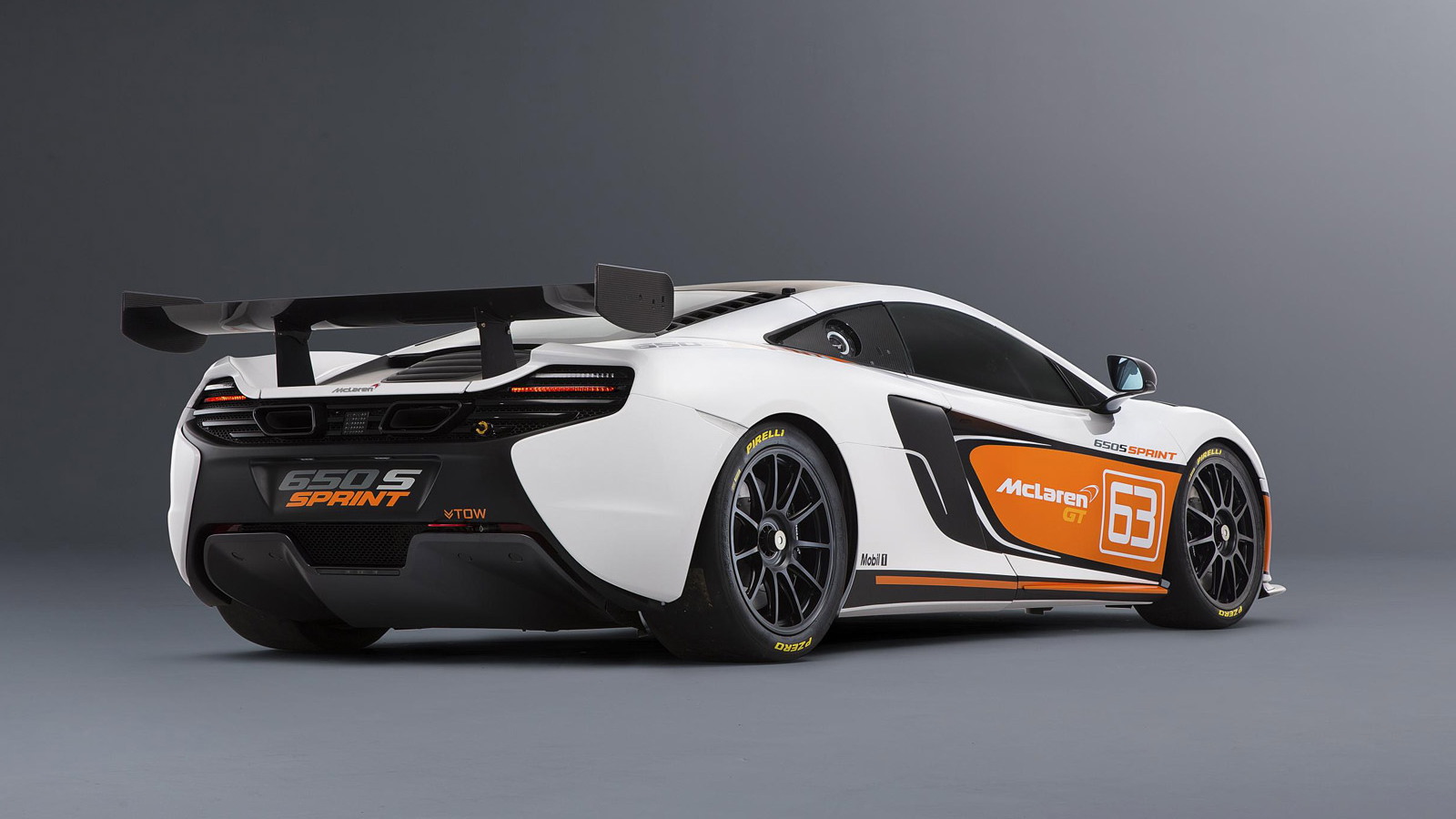 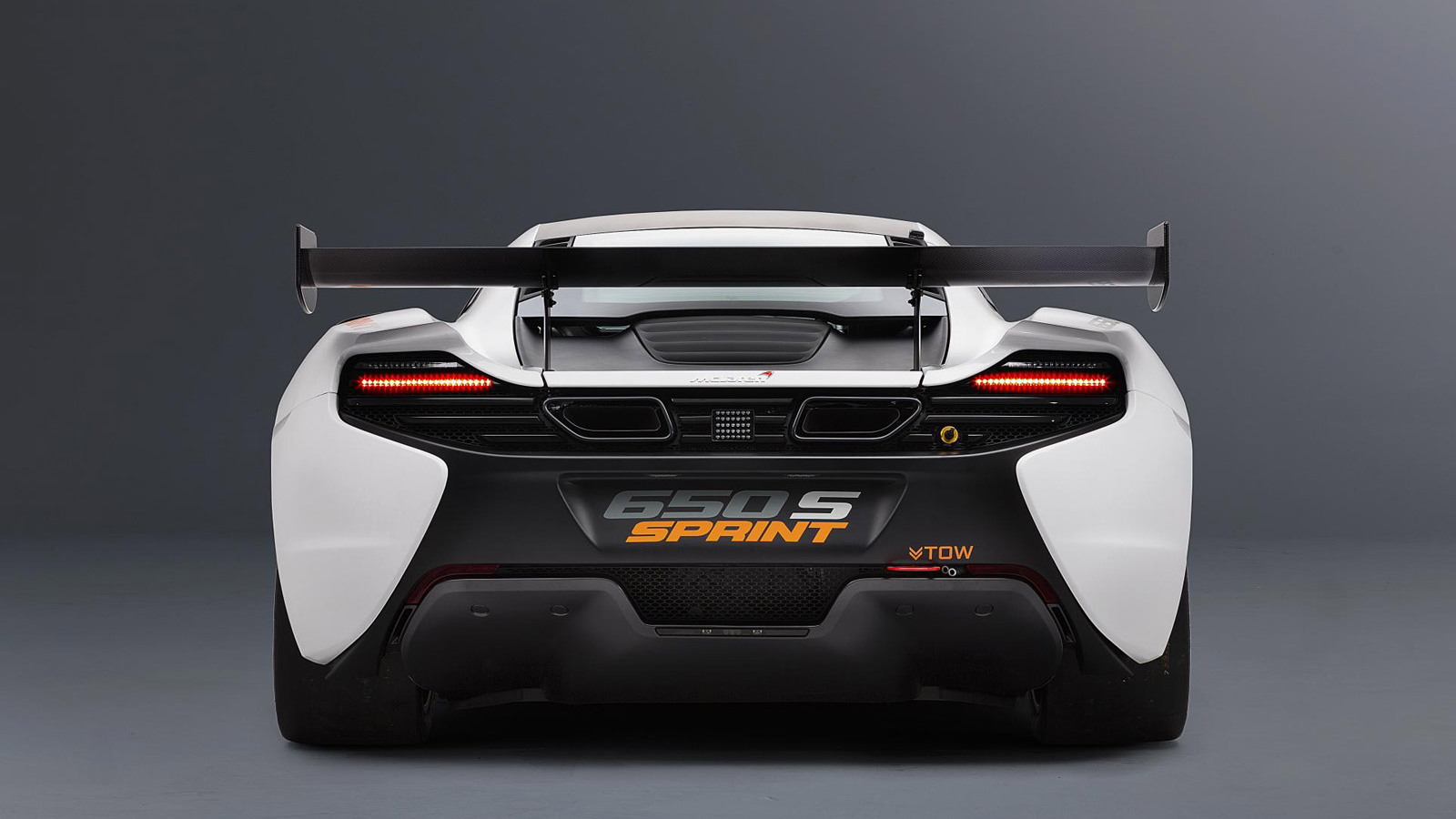 Hot on the heels of the McLaren 650S GT3 race car revealed earlier this summer comes the all-new 650S Sprint, a slightly tamer version of the GT3 racer designed for track enthusiasts. The 650S Sprint is the follow-up to last year’s 12C GT Sprint and will be on sale shortly after a debut at the 2014 Pebble Beach Concours d’Elegance this weekend.

The 650S Sprint takes the chassis of the standard 650S and is enhanced with a series of upgrades. Unfortunately, the many modifications means the car is no longer street legal in most markets. They include a further development of the car’s Brake Steer system, even more refined active aerodynamics and a race car setting for the ProActive Chassis Control system. The cabin is also stripped of most luxuries to minimize weight and is fitted with a roll cage, HANS-approved racing seat and fire extinguisher.

Specific items borrowed from the 650S GT3 race car include a larger motorsport fuel ‘bag’ tank with quick-fill connectors, a larger front radiator, new exit ducts in the hood, and front wing louvers to further optimize airflow over, and around, the body. The 650S Sprint’s ride height is lower due to revised spring rates, and the car sits on 19-inch wheels with a center lock. The standard tires are Pirelli racing slicks.

The McLaren 650S Sprint is currently priced at £198,000 (approximately $322,055) and is available in all markets where McLarens are sold. Options include a carbon fiber wing and front splitter, a passenger seat, and additional weight-saving mods such as a polycarbonate windscreen.

At this weekend’s Pebble Beach Concours, McLaren will also show off versions of its P1 and 650S Spider developed by its MSO personalization department as well as the hardcore P1 GTR track special.