Introducing any new car these days is a long, slow process of dribbling out information to tease eager followers.

In that vein, we now have the first official photo of the new 2016 Jaguar XE, the luxury sports make's smallest sedan since the ill-fated X-Type a decade ago.

The new Jaguar XE, with a bodyshell made of aluminum and a new, highly efficient range of Ingenium gasoline and diesel four-cylinder engines, is a critical car for the sedan and sports-car branch of Jaguar Land Rover.

Today, more than two-thirds of that company's volume is provided by the Land Rover marque. Jaguar will have to pull its weight if it's to survive. 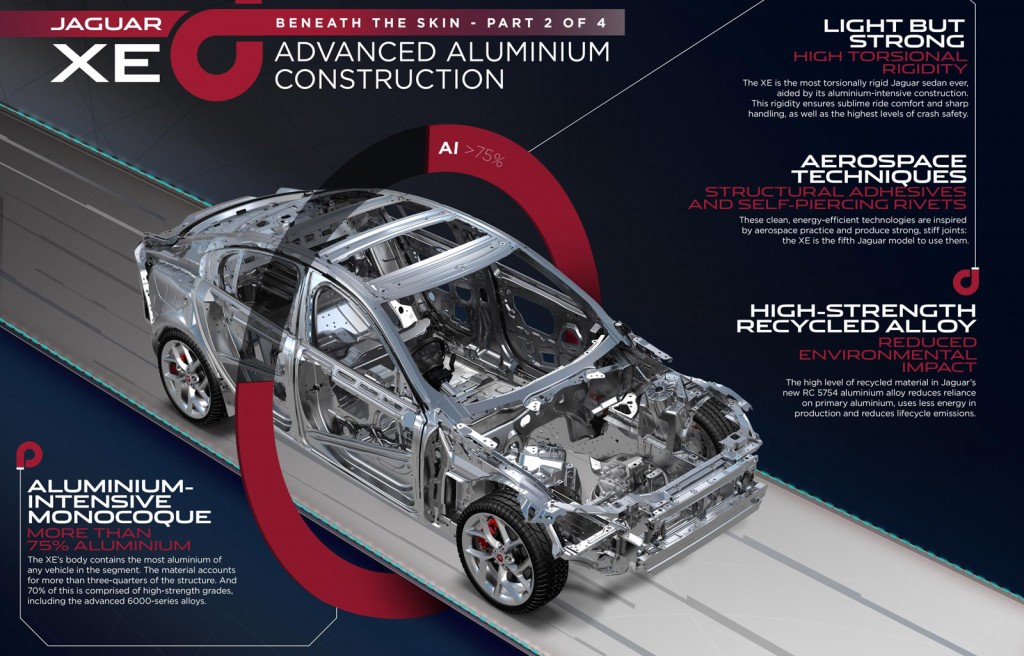 To be manufactured in the U.K. like its bigger brothers the XF and XJ, the new XE will face off against the BMW 3-Series, Audi A4, and Mercedes-Benz C-Class in the luxury market.

The photo released today shows the front fascia and grille, taken head on from about waist-height, with a stylish black-clad woman standing next to it.

It retains the low, oblong grille of the XF and XJ, but in a smaller proportion. The central and corner openings in the lower fascia--with black mesh covering them--are more visually prominent in the new smaller Jaguar sedan.

Expect more photos between now and September 8, when it will be officially unveiled in London.