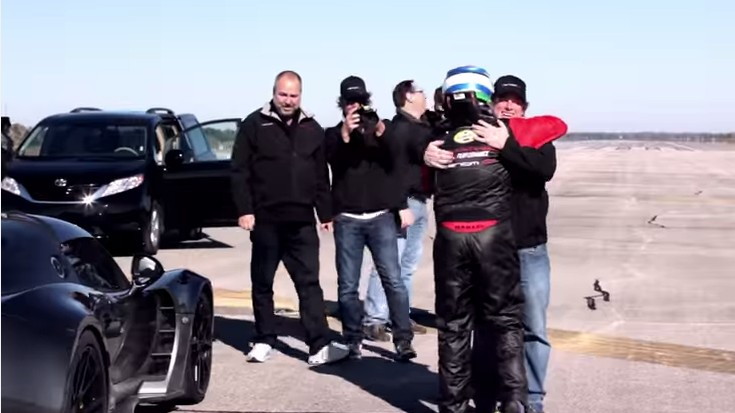 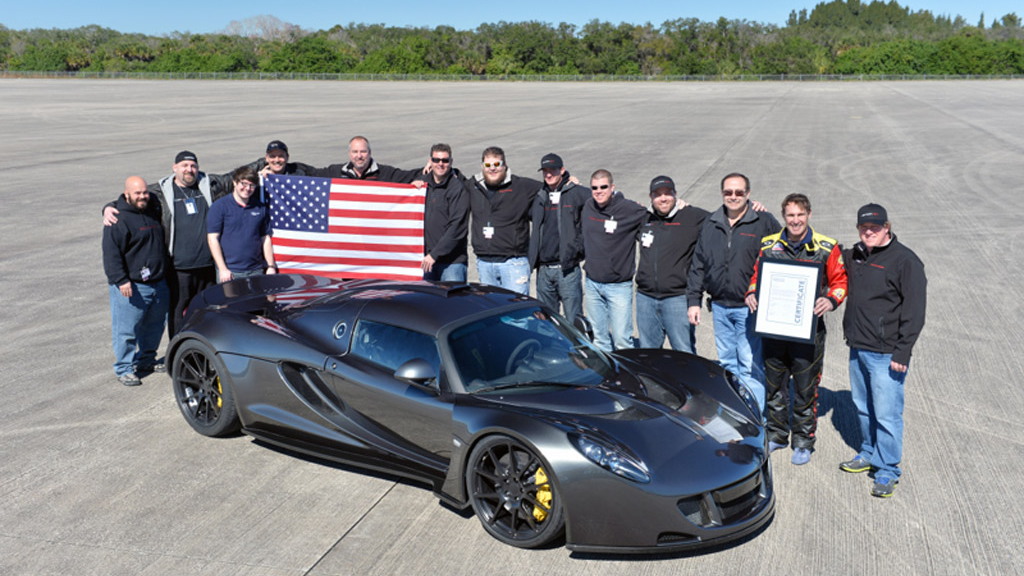 8
photos
The Venom GT is Hennessey’s completely over the top hypercar take on the Lotus Elise’s platform. Extensive customization, monstrous horsepower, and more than a small dose of engineering ingenuity went into its creation, but that was just the beginning. Next, it had to set a world production car speed record. This is a short documentary of that mission.

In this video, John Hennessey and team work to hit a speed even higher than their previous 265.7-mph run. Ultimately, the car reaches a verified 270.42 mph. That’s more than 12 mph faster than the Bugatti Veyron Grand Sport.

But the number, on its own, is just a cold statistic. As this video reveals, reaching that number was more than cool calculation—it involved heart, determination, and years of work. When the Venom GT finally hit its mark, the reaction from the team captures the emotion and passion that went into getting there.

Hennessey commemorated the achievement with its $1.25-million World's Fastest Edition, and although that limited run is now sold out, you can still order the standard car--and go hunting for a few miles of airstrip to push the limits yourself.