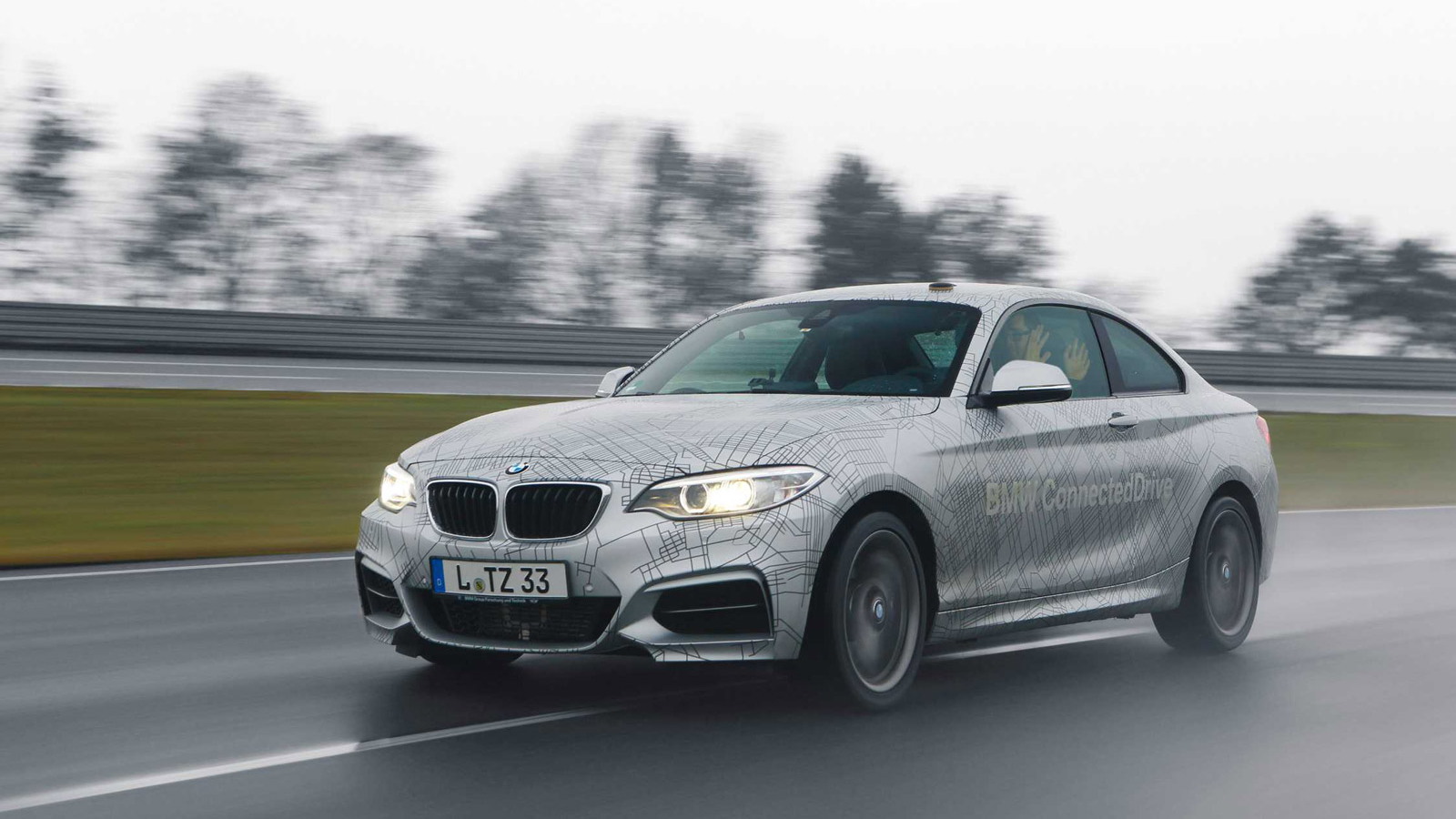 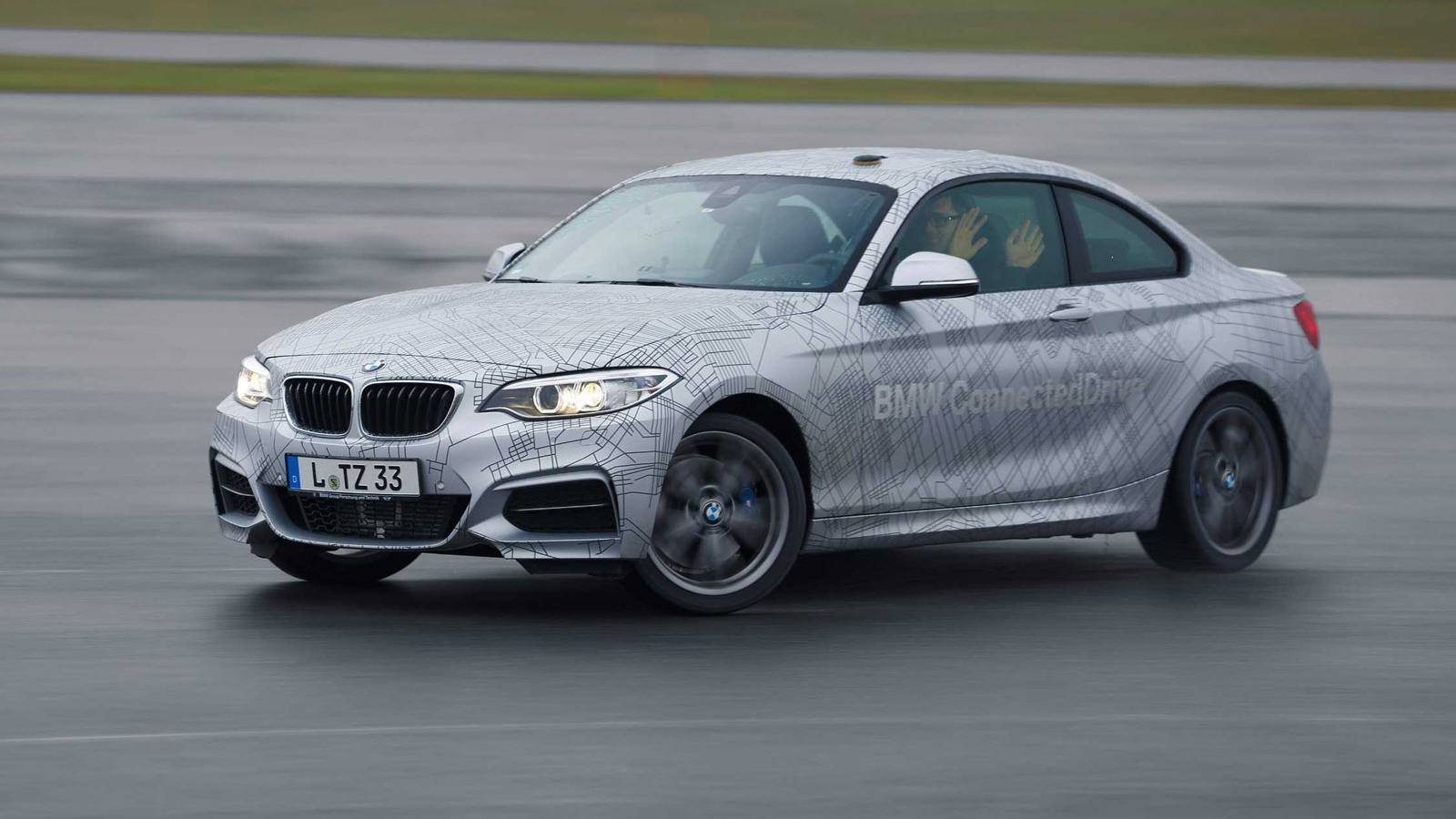 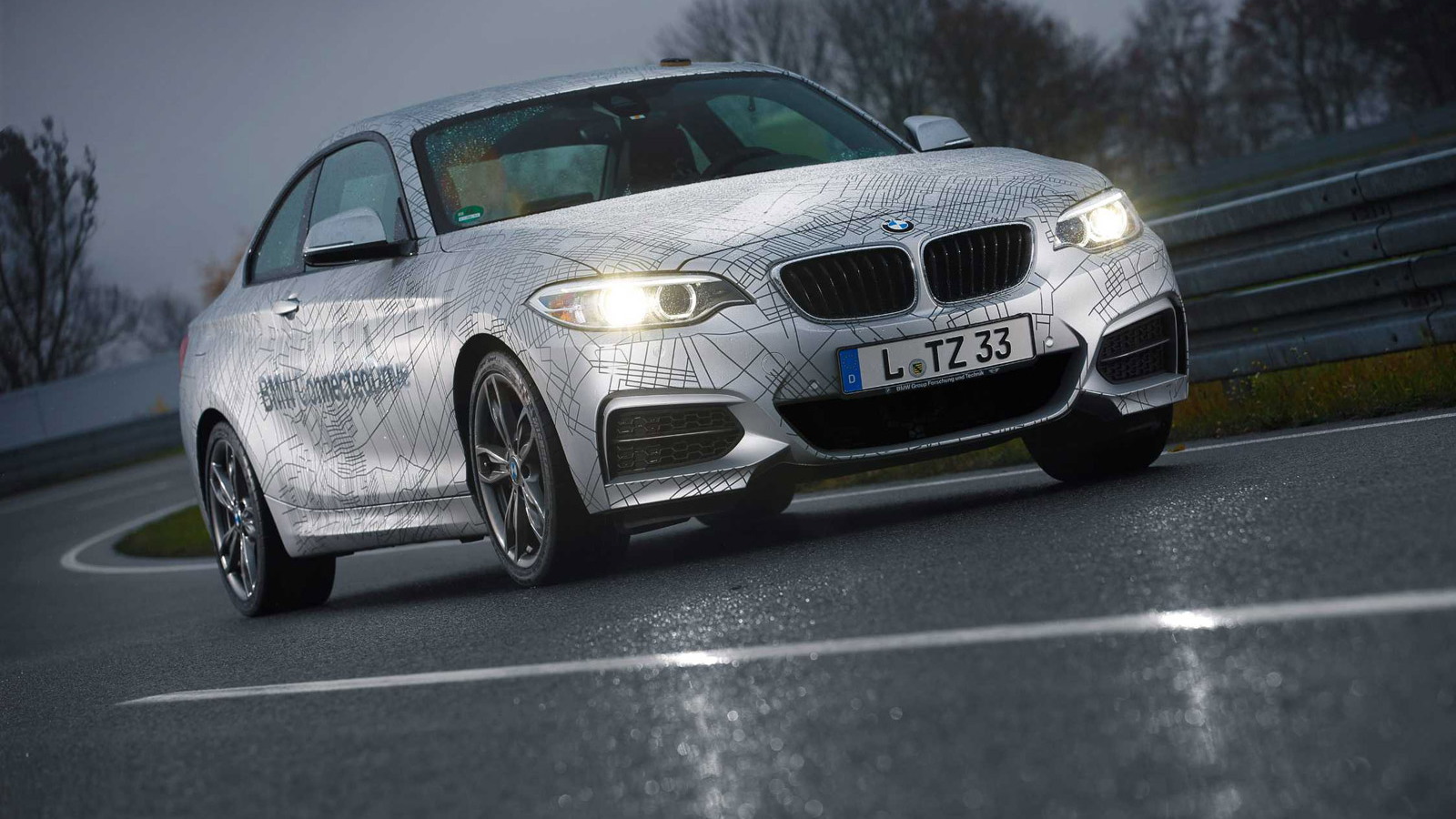 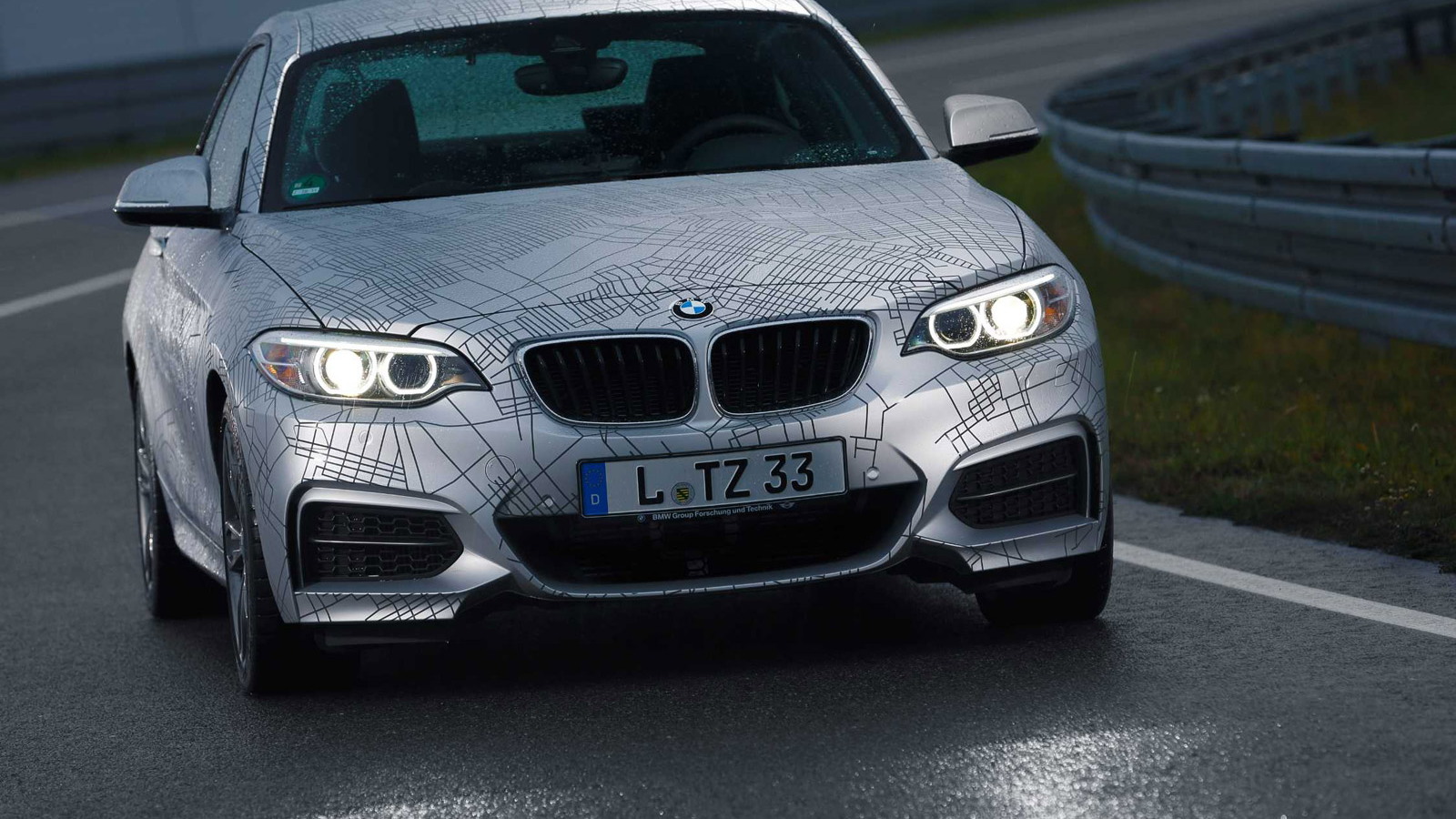 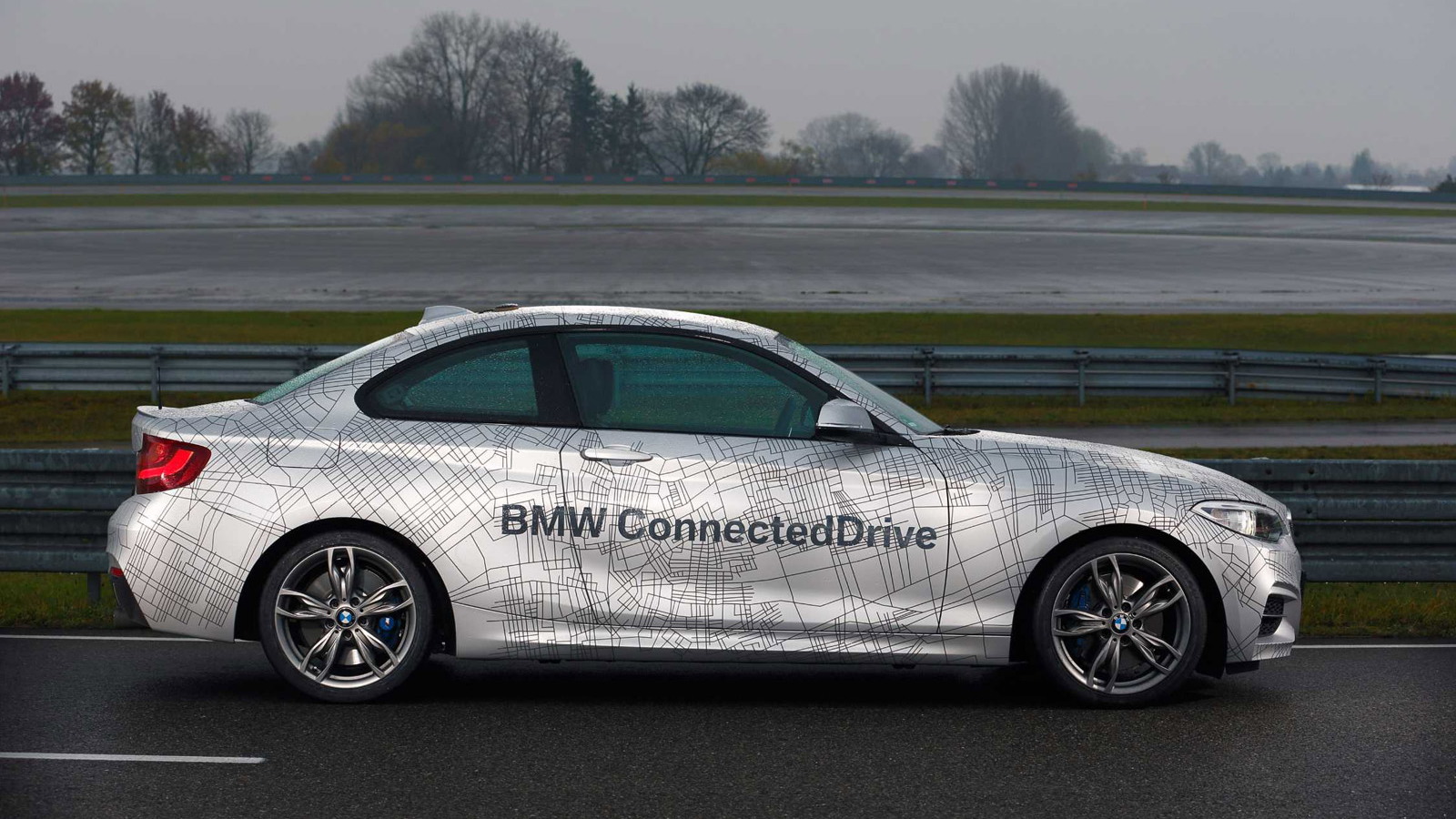 6
photos
At the 2014 Consumer Electronics Show in Las Vegas this week, BMW showed off a new technology called ActiveAssist which is essentially an autonomous driving assistant capable of handling a car at the limits, such as during high-speed cornering or a sudden lane change or sudden hydroplaning. The aim of the system is to bring a vehicle back into line in demanding situations without any input from the driver. BMW says ActiveAssist is not designed to take the fun out of driving but rather to improve safety.

To demonstrate the technology’s capability, BMW showed a 2-Series prototype fitted with ActiveAssist racing around a circuit. The prototype piloted its way at high speeds and with exceptional precision on a slalom run between cones. It also adhered to a marked out circular course regardless of the friction coefficient of the road surface, and executed an obstacle-evading lane change smoothly and without any deviation from the target path. Even when deliberately provoked into oversteer, where the tail-end of the car would normally start to slide, the prototype handled the necessary corrections and followed its path safely and along almost identical lines time after time.

These corrections are done by existing control and stability methods, such as braking individual wheels and adjusting the speed, in addition to new methods where precise steering inputs are added to the mix. For example, understeer is dialed out by opening the steering, and oversteer is caught using a carefully gauged combination of counter-steering and brake inputs.

The sensors delivering the necessary information are the same as those already fitted on BMW cars, and work in conjunction with existing electronic stability control and electronic power steering systems.

And the results? Well, so far only BMW has driven the prototype and according to it the prototype reacts to fluctuating grip levels with the precision of an expert driver. The car will simply continue along the predetermined target line inputted by the driver, BMW promises.

BMW hasn’t mentioned when ActiveAssist might be available in the showroom but says development is ongoing and, as demonstrated by the prototype, is at a late stage. BMW sees ActiveAssist as an important stepping stone towards the launch of a fully autonomous car, as it demonstrates autonomous technology’s ability to safely master all dynamic situations--even up to a vehicle’s dynamic limit.

Since February of last year, BMW and supply giant Continental have been working together to take the next concrete steps towards the implementation of autonomous cars. This research partnership will run until the end of 2014 and involve the introduction of several test vehicles with close-to-production technology. The next major goal for researchers is to get autonomous cars to be capable of handling irregular situations such as crossing national borders and negotiating road construction.