Mexican driver Sergio Perez, who was dropped from McLaren after a single season, will drive for Force India in the 2014 Formula One World Championship. He joins German driver Nico Hülkenberg who returns to the squad after a one-year stint with Sauber.

Perez was replaced by Danish driver Kevin Magnussen at McLaren at the end of the 2013 season. He failed to make much of an impact, though to be fair McLaren’s MP4-28 was a dog of a performer.

Force India showed a lot of promise this season, and hopefully the team will be able to continue its form into next year. It finished sixth in the Constructors’ Championship, which put it ahead of the likes of Sauber and Williams.

"It's great to announce my new team as Sahara Force India,” Perez said in a statement. “Coming here was always my first choice and I'm really happy everything has now been confirmed.” 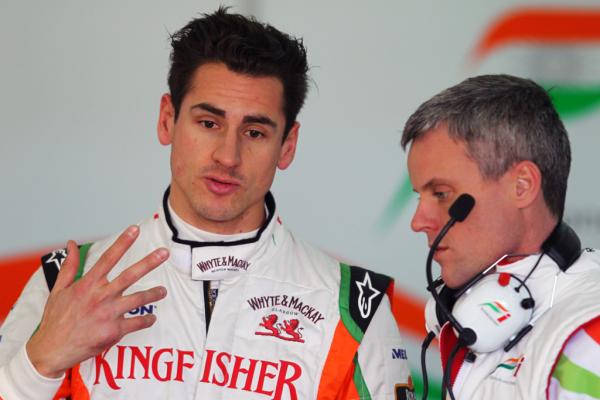 With two new drivers, it means Force India’s current pairing of Adrian Sutil and Paul di Resta are in need of new teams. German driver Sutil has already been signed with Sauber, swapping squads with Hülkenberg.

“After six good years driving for Force India, with a lot of highlights, it's now time to embark on a new challenge,” Sutil said in a statement. “I am determined to do my part in order to have a successful future together with the Sauber F1 Team.”

Unfortunately for Paul di Resta, it appears the British driver won’t be on the grid next year. It is most likely he’ll end up in IndyCar or in Germany’s DTM touring car series.

Also missing out on a seat for next year is Sauber’s Esteban Gutierrez. A replacement for the Mexican will be announced at a later date.