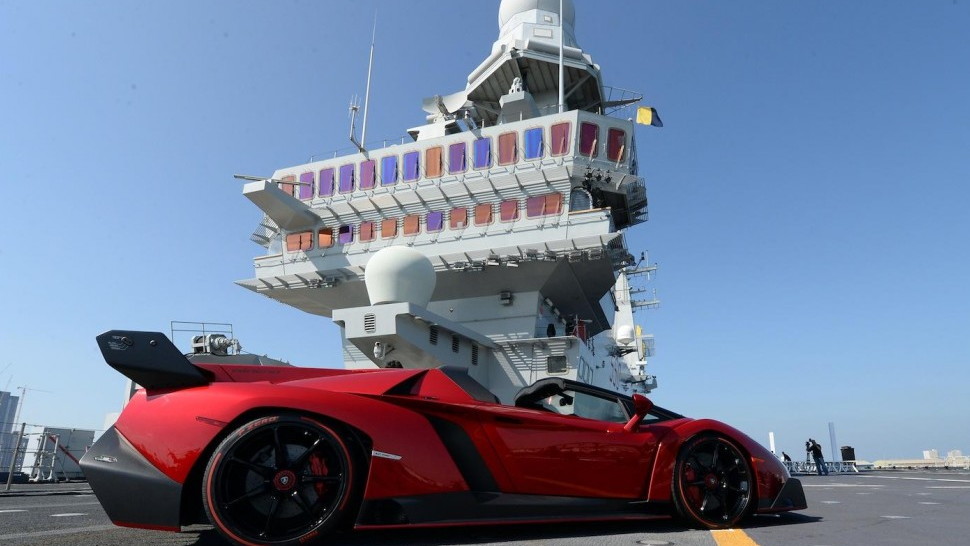 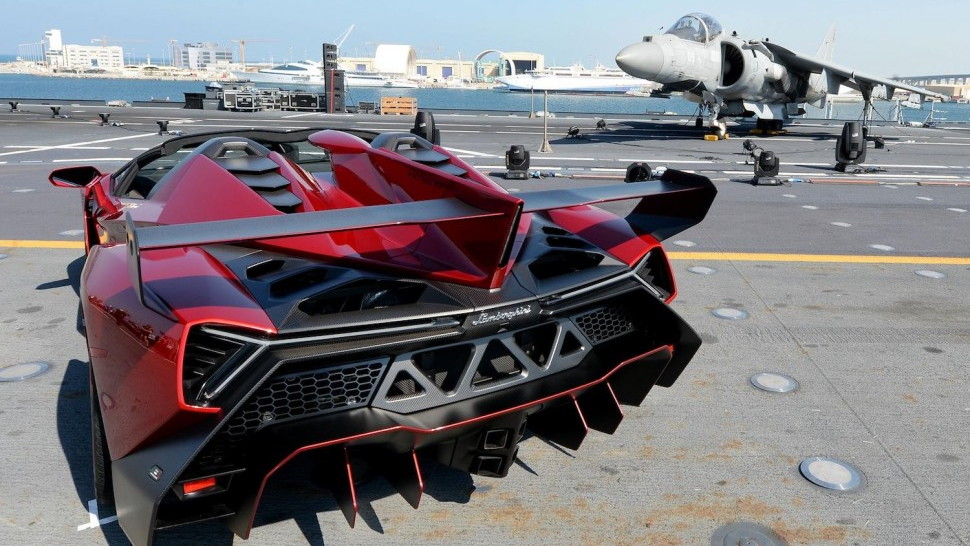 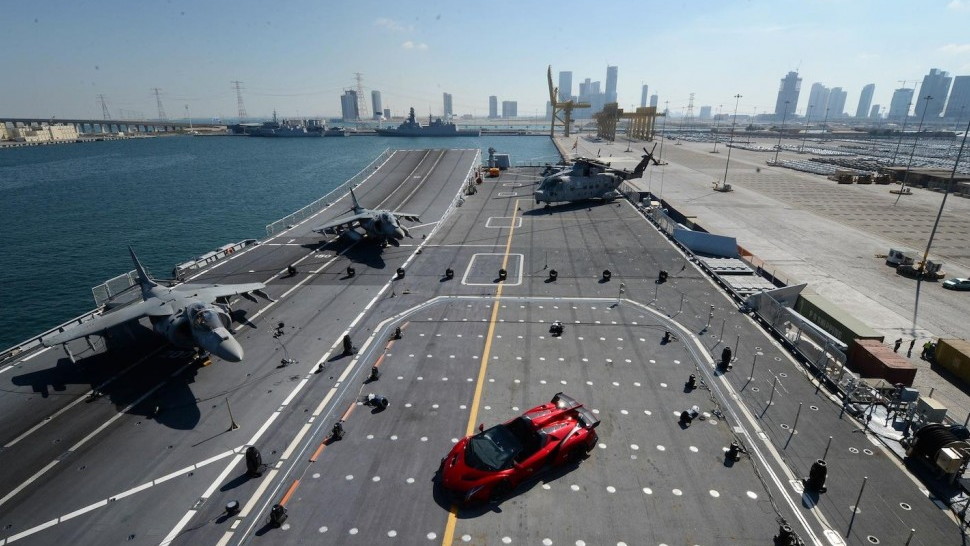 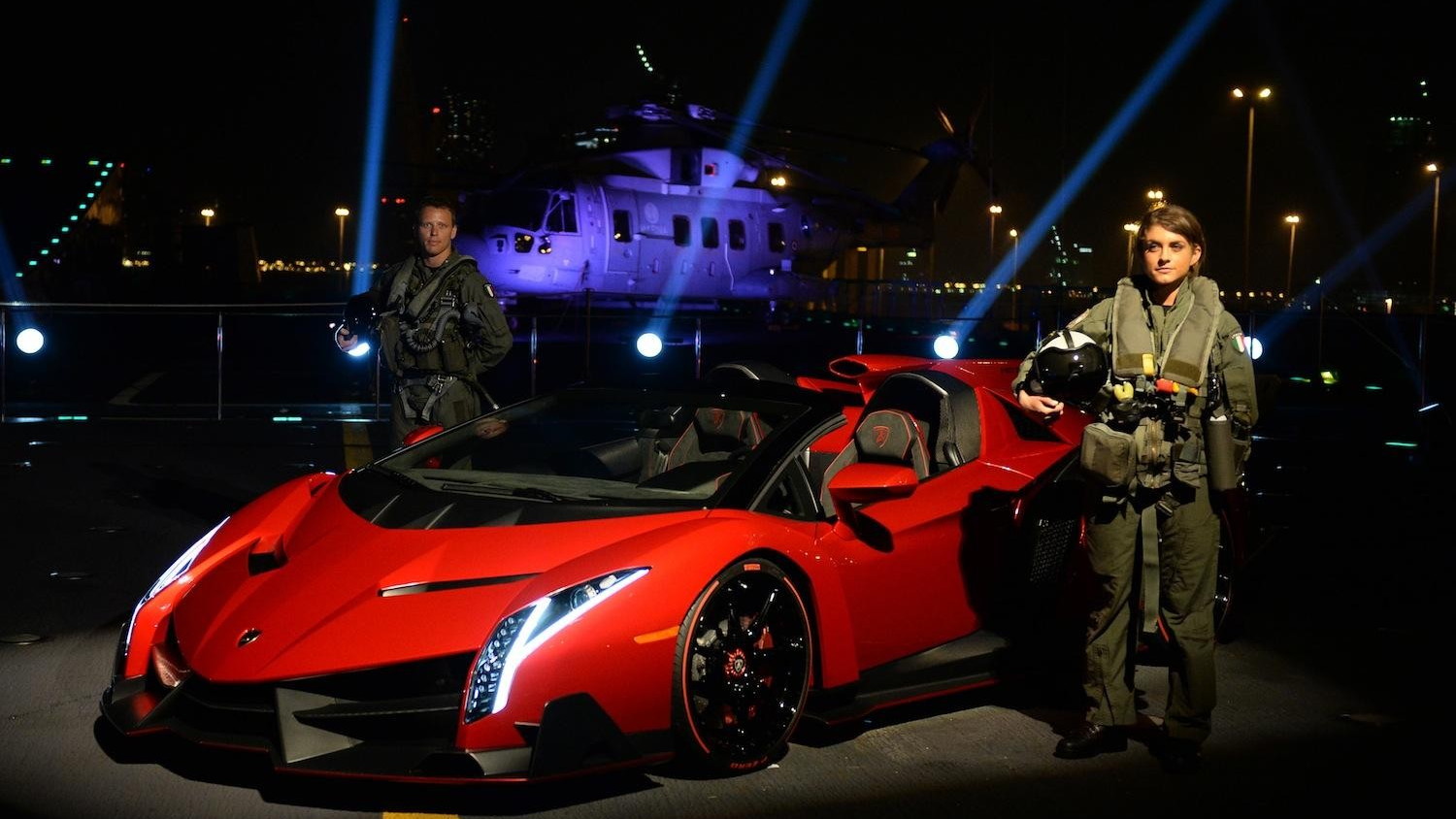 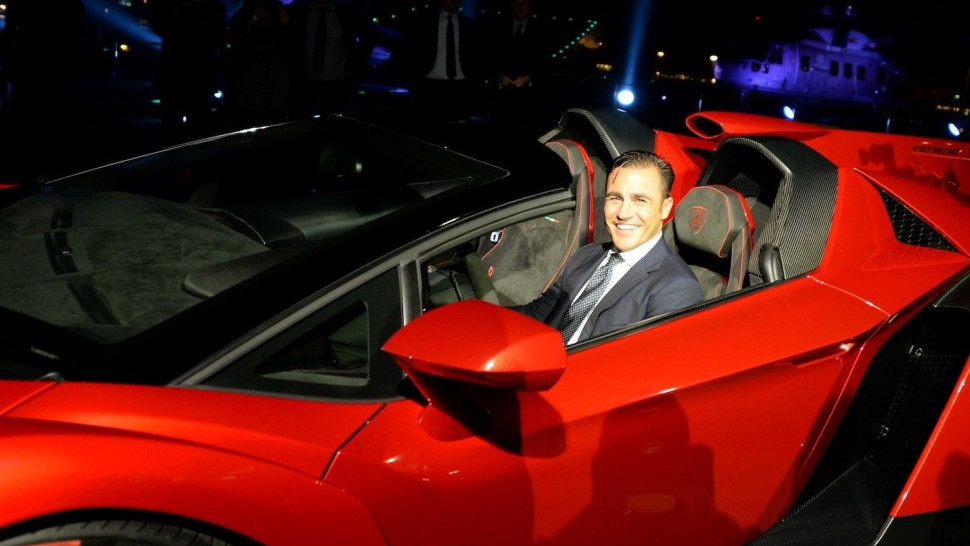 The Lamborghini Veneno Roadster seems too crazy to be a real car, but it is.

You wouldn't know that from the way it was unveiled, though. While most carmakers prefer to showcase their newest products within the safe confines of a convention center, Lamborghini decided to put the Veneno Roadster on an Italian aircraft carrier.

The MM Cavour is one of the few vehicles that can compete with the Veneno for attention. One of the newest warships in the Italian Navy, it was docked in Abu Dhabi as part of a trade mission to the Middle East and Africa. The goal of the mission was to extoll the virtues of Italian goods.

Lamborghini was chosen to represent the Italian car industry on the mission. Talk about putting your best foot forward.

The Veneno Roadster is a roofless version of the Veneno coupe, which was unveiled at the 2013 Geneva Motor Show, and is itself based on the Aventador.

With its sharp, angular styling, the Veneno Roadster really does look at home parked among jet fighters. Thrust is provided by Lamborghini's standard 6.5-liter V-12, which produces 740 horsepower, a significant increase over the Aventador's 691 hp.

The extra power makes the Veneno Lamborghini's most powerful production model to date. Lambo says both the coupe and roadster will do 0 to 62 mph in 2.9 seconds, and reach a top speed of 220.5 mph.

Like the Aventador, the Veneno is all-wheel drive, and has an ISR single-clutch automated-manual transmission for gear shifting.

Despite all that, the Roadster weighs a relatively petite 3,285, largely thanks to extensive use of carbon fiber. Lamborghini's new forged carbon production method cuts production time significantly.

The Veneno Roadster will cost 3.3 million Euros, or roughly $4.5 million at current exchange rates. Only nine will be made.