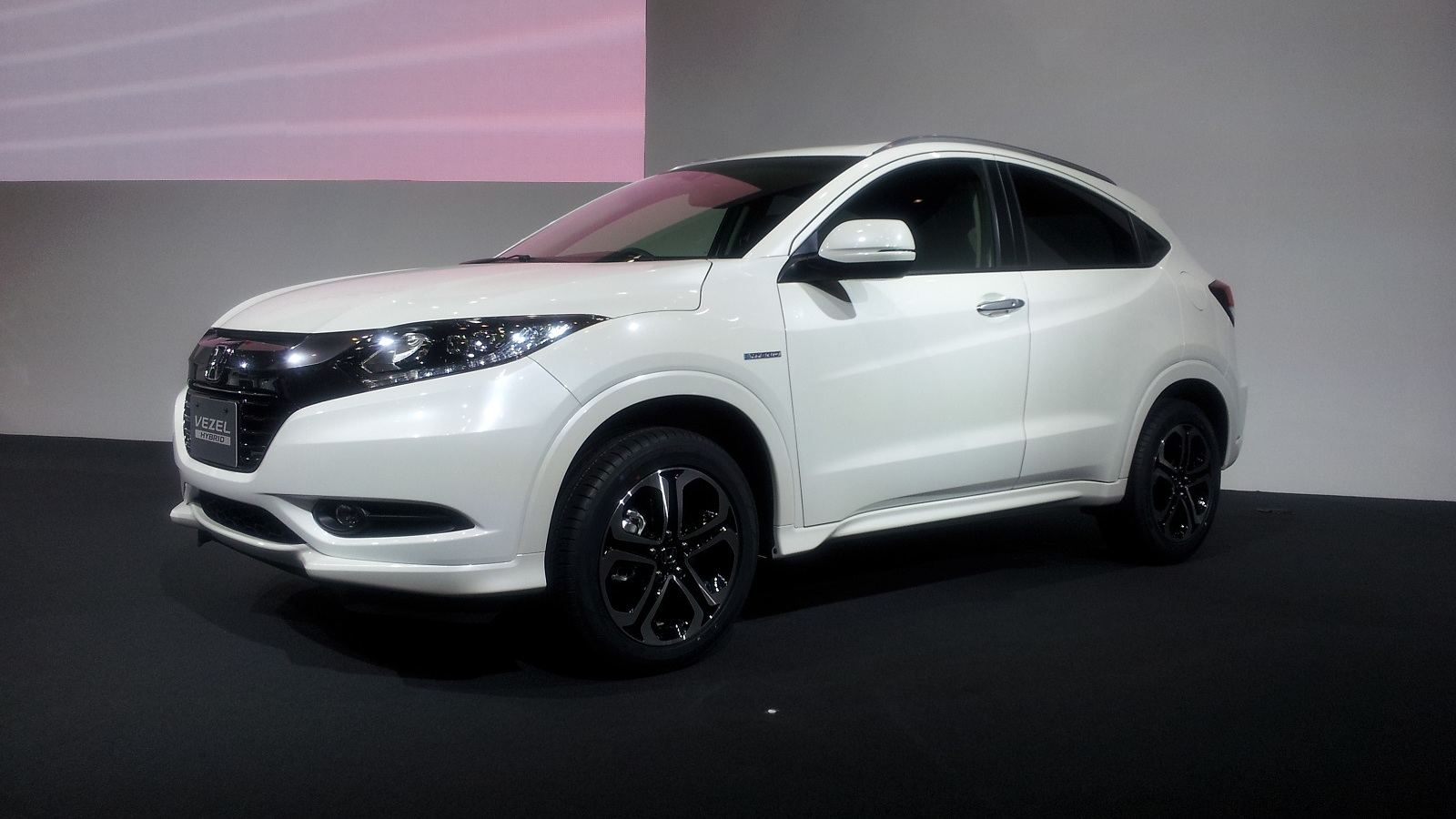 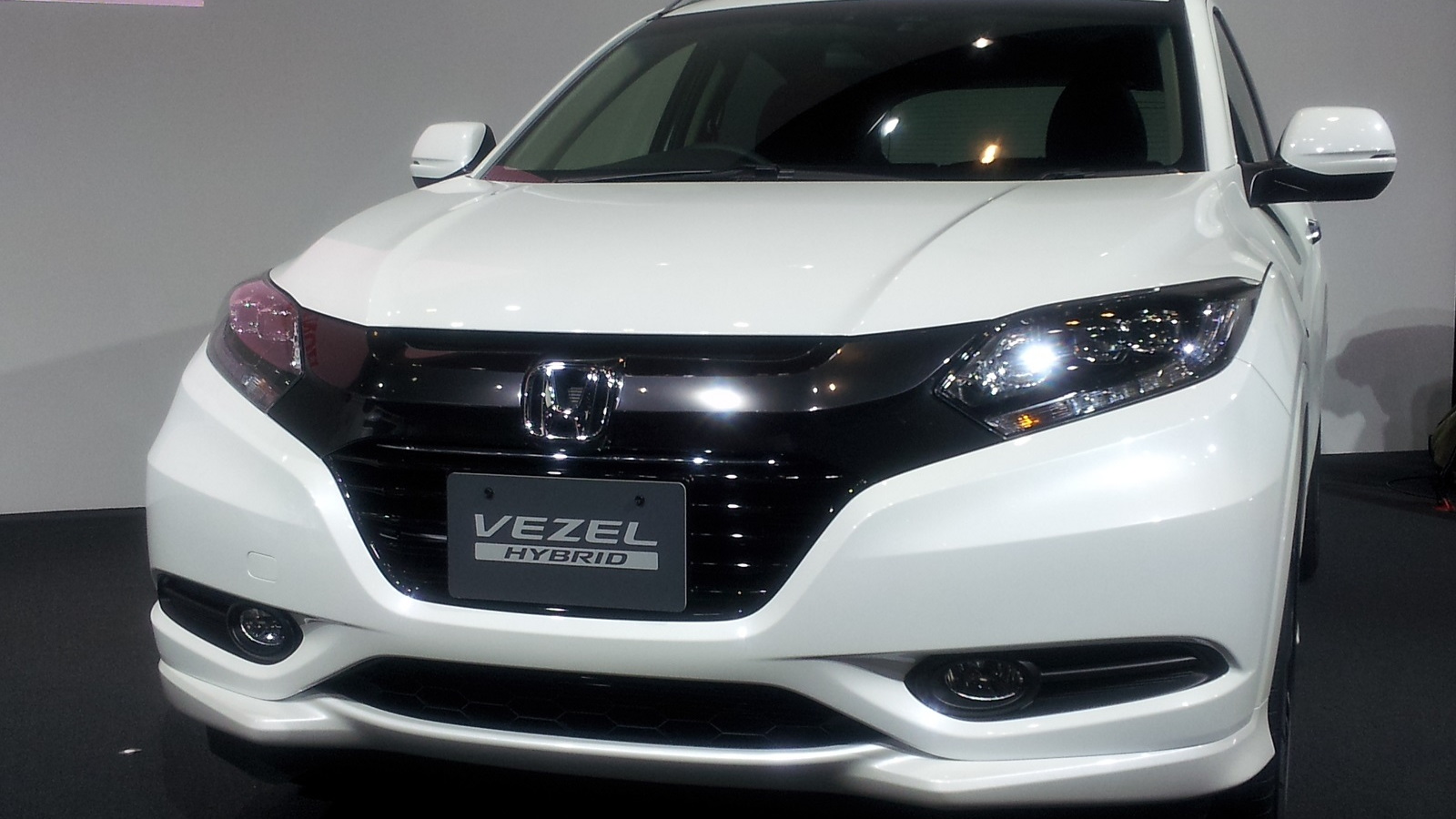 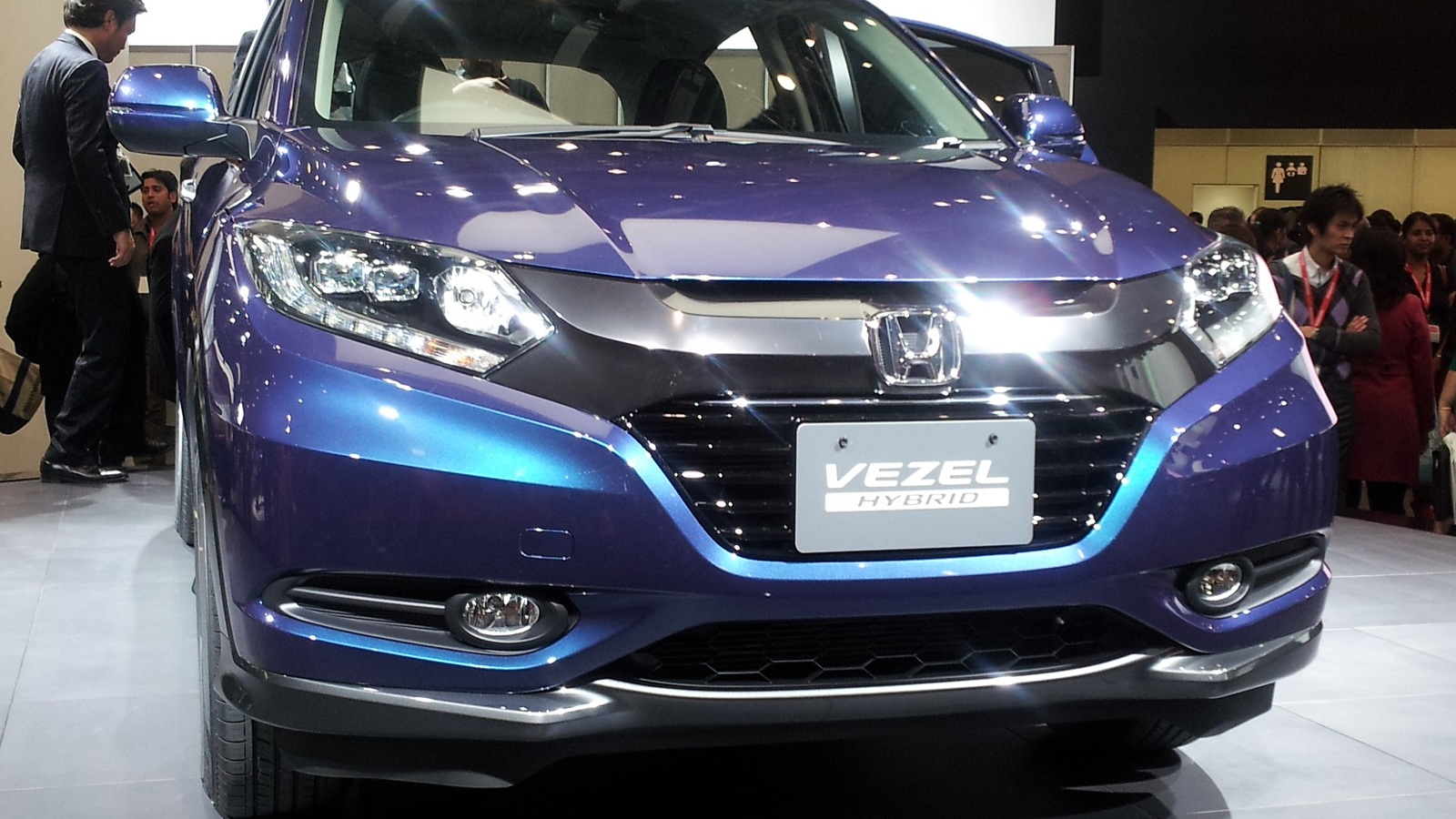 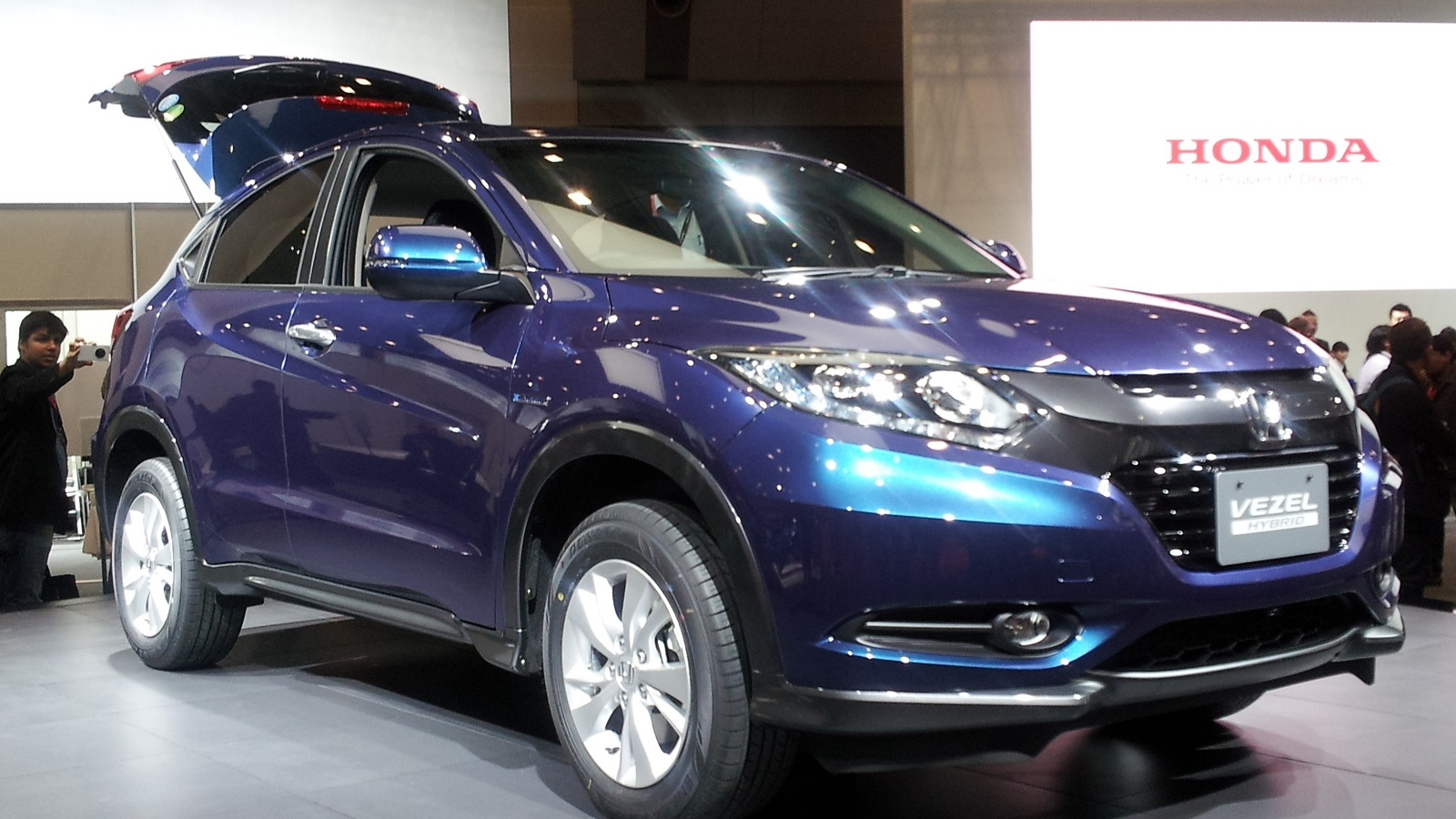 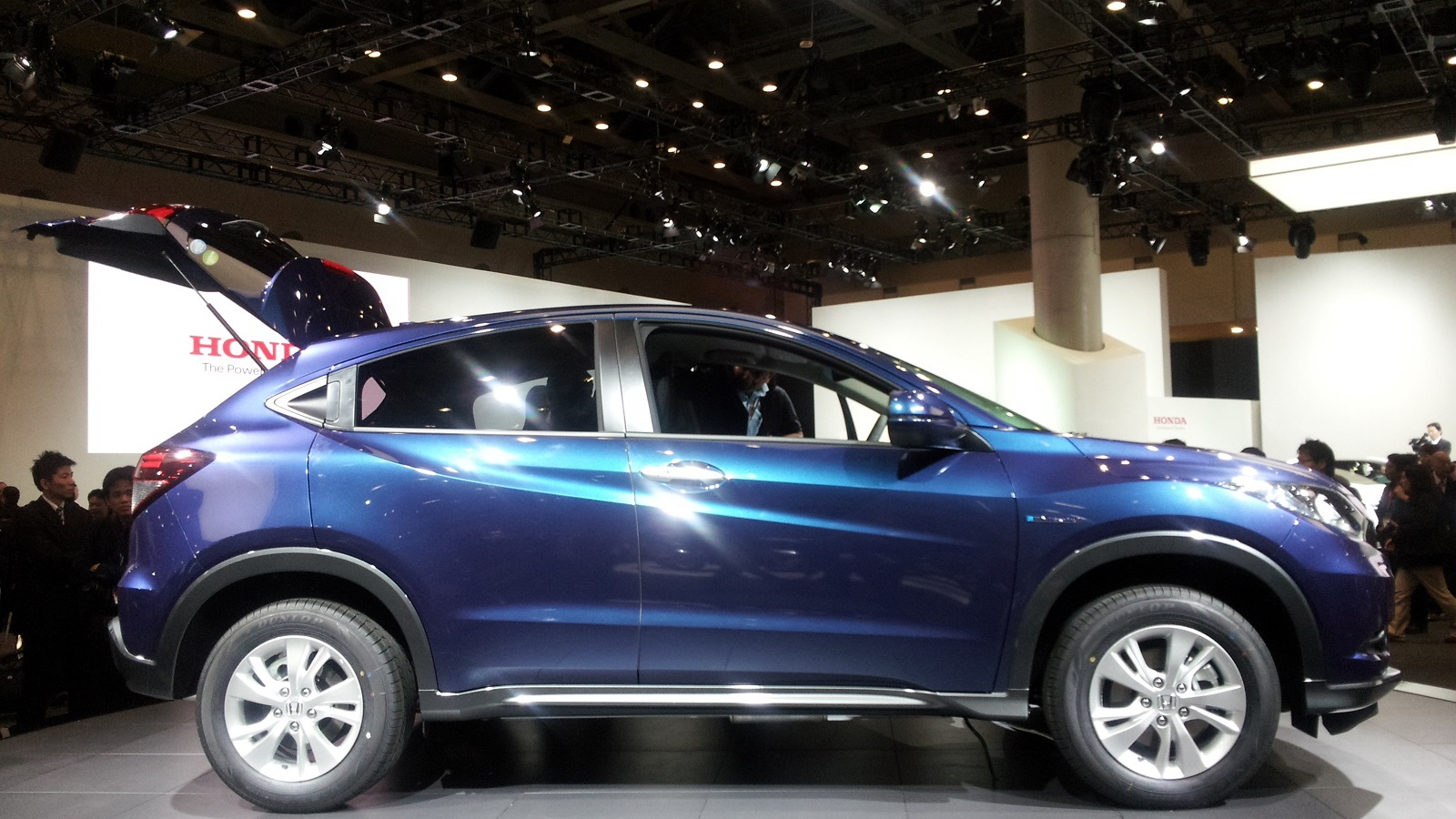 At the Tokyo Motor Show today, Honda unveiled a new model that it calls the Vezel, which will go on sale in Japan before the end of the year.

That name may well not be the one it carries in North America, however, where it will give Honda a new and smaller crossover that sits below the compact CR-V.

The Honda Vezel is the production version of the Honda Urban SUV Concept that the company showed last January at the Detroit Auto Show.

Whatever it's named, the North American version of the Vezel will be built in the same new assembly plant in Mexico that will build 2015 Honda Fit models, starting next spring.

According to the carmaker, the Honda Vezel "fuses together multifaceted values," with the "dynamic qualities of an SUV" blended with the "functionality of a minivan" in a package styled with the "elegance of a coupe."

Specifically, the lower body has the sturdy stance of a sport-utility vehicle, but with sharp character lines and the sleeker roof profile of a coupe above the window line.

While the taillights seem to have some Acura in them, and the black plastic triangle in the roof pillar that conceals the handle for the rear door looks a lot like the late, unlamented Acura ZDX, the company says the car will carry the Honda brand in the U.S.

Honda says the resulting vehicle offers "coupe-like, high-quality personal space" for front-seat passengers, with the elbow room and comfort of a minivan in the rear.

In Japan, the Honda Vezel will be offered with the 1.5-liter direct-injection four-cylinder engine used in the latest Honda Fit.

There will also be a Vezel Hybrid model, using the same i-DCD one-motor hybrid system now offered in the Fit Hybrid--which has quickly become the most popular Fit model in Japan, but will not be sold in the U.S.

No word on whether all-wheel drive will be offered, although for the U.S. it would seem to be a requirement. So far, the Fit is sold only in front-wheel-drive form.

The Honda Vezel will go on sale in Japan on December 20; the company says it will release more information on the car the day before that.