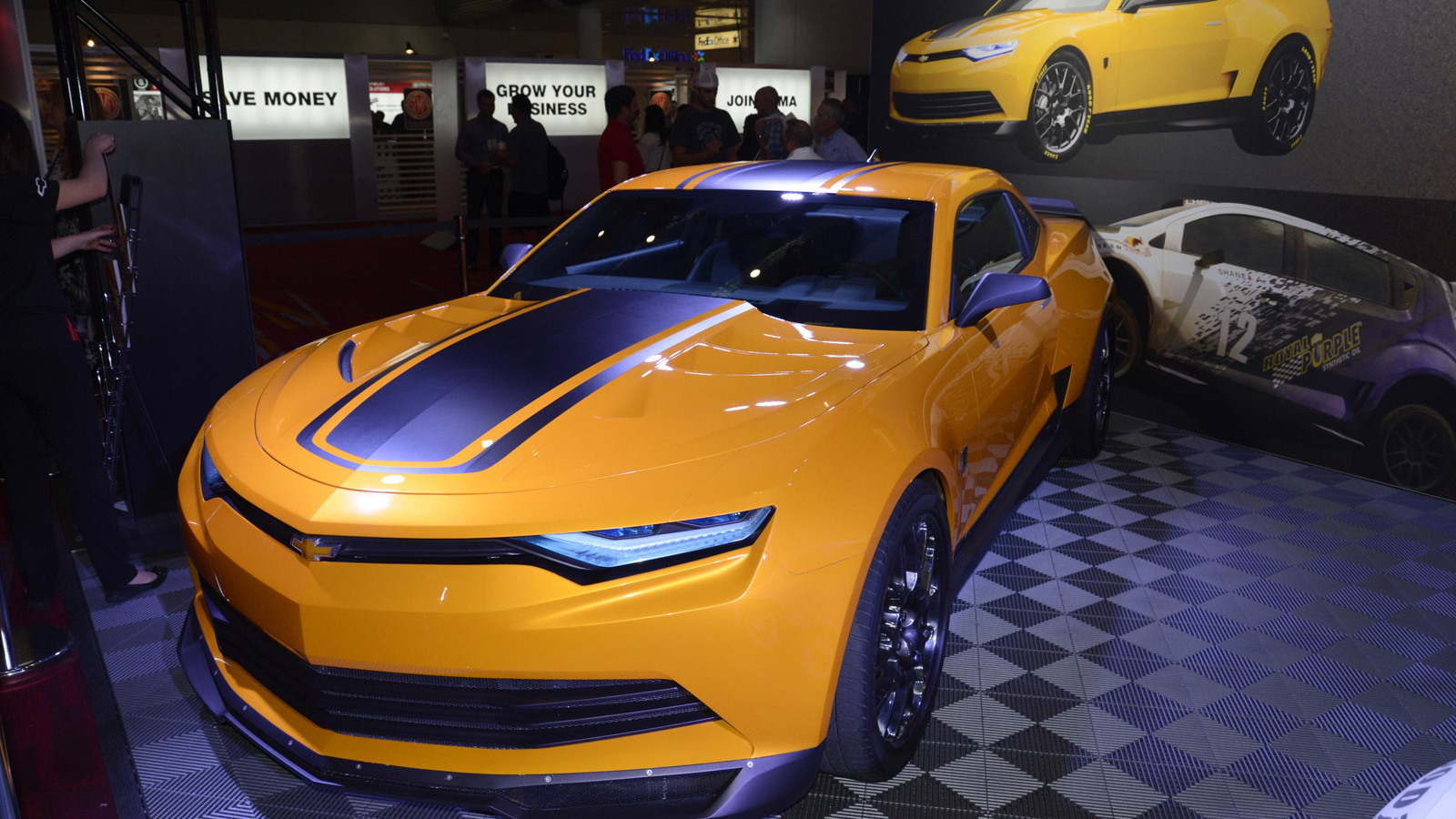 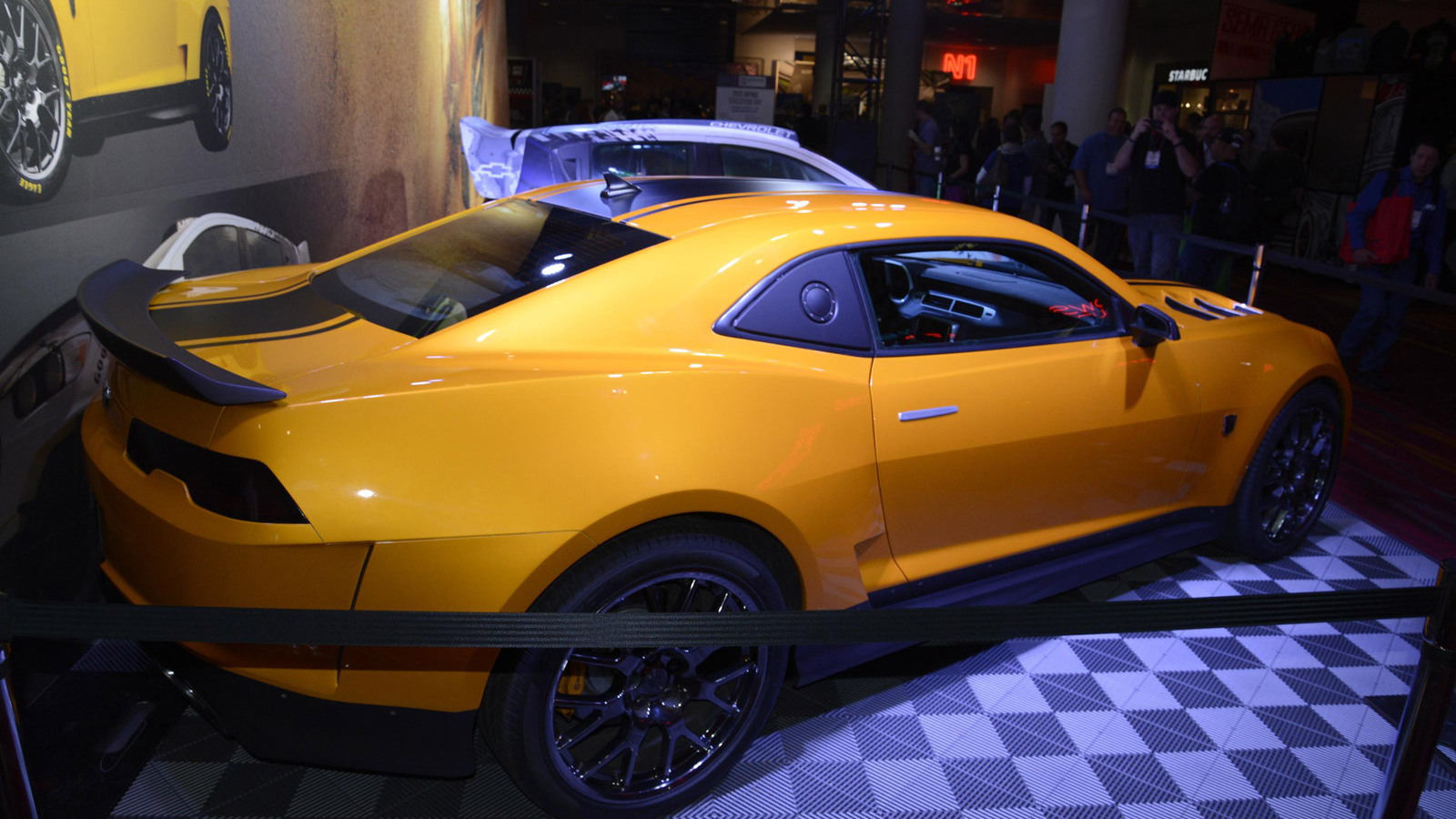 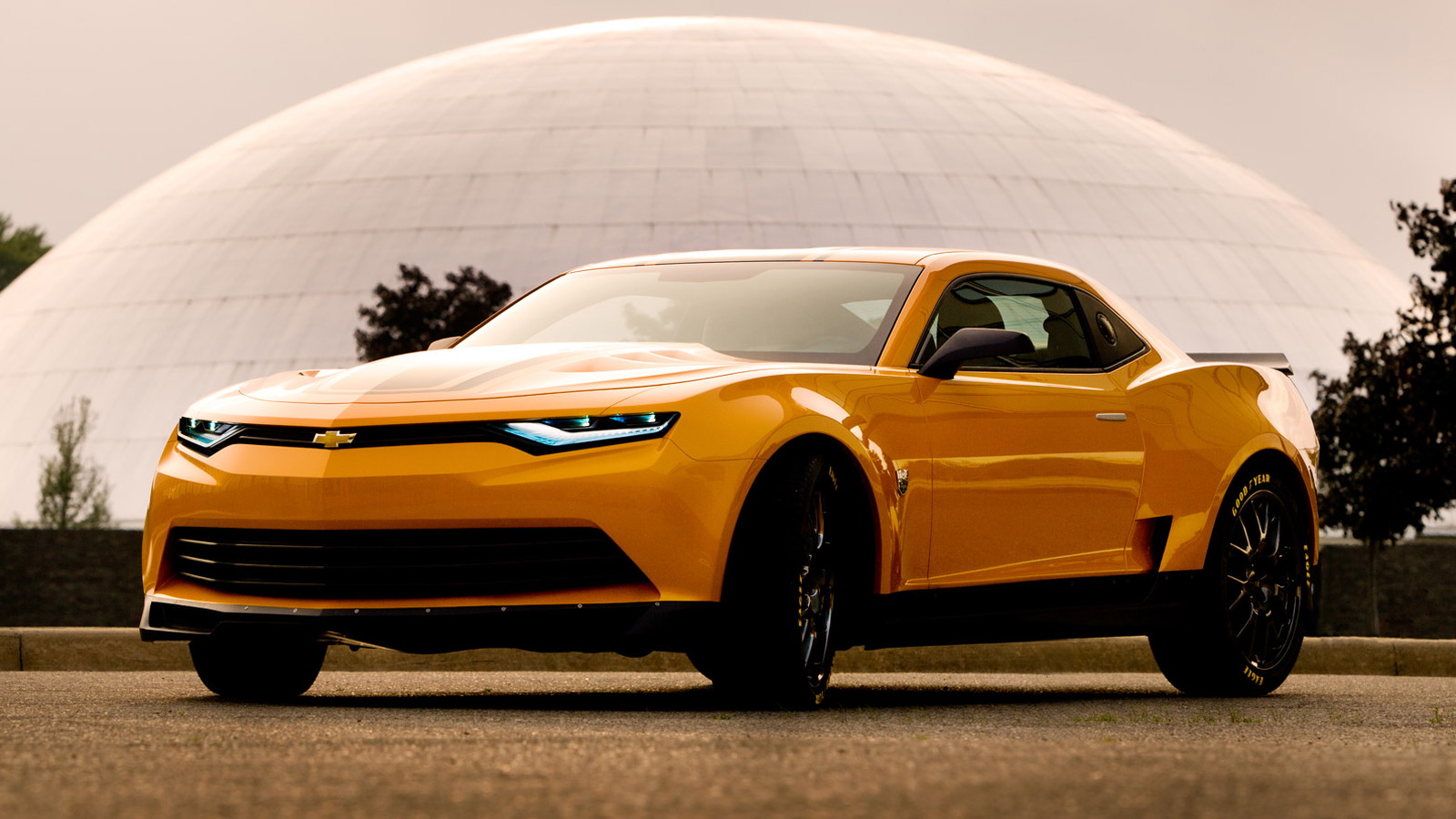 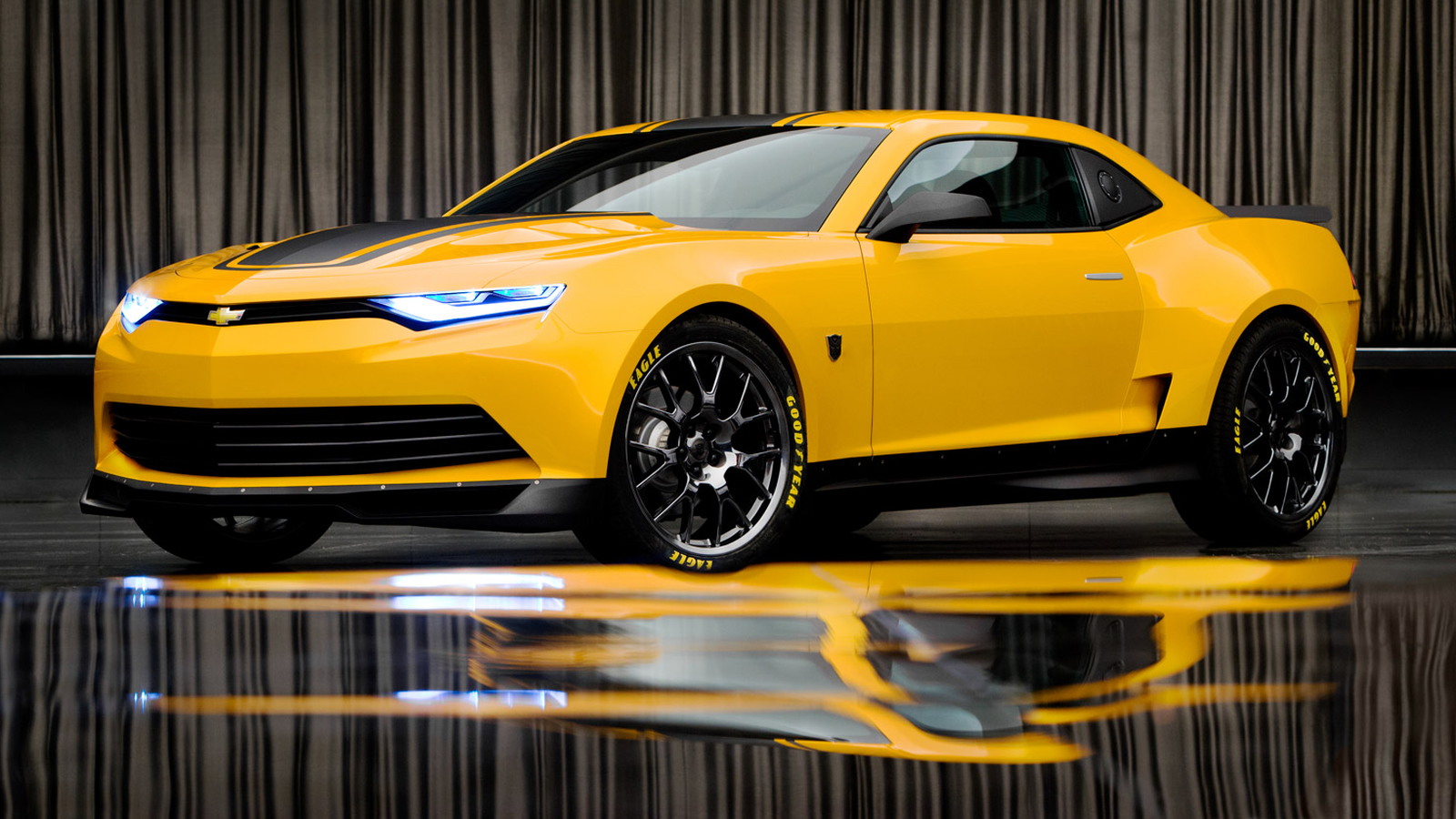 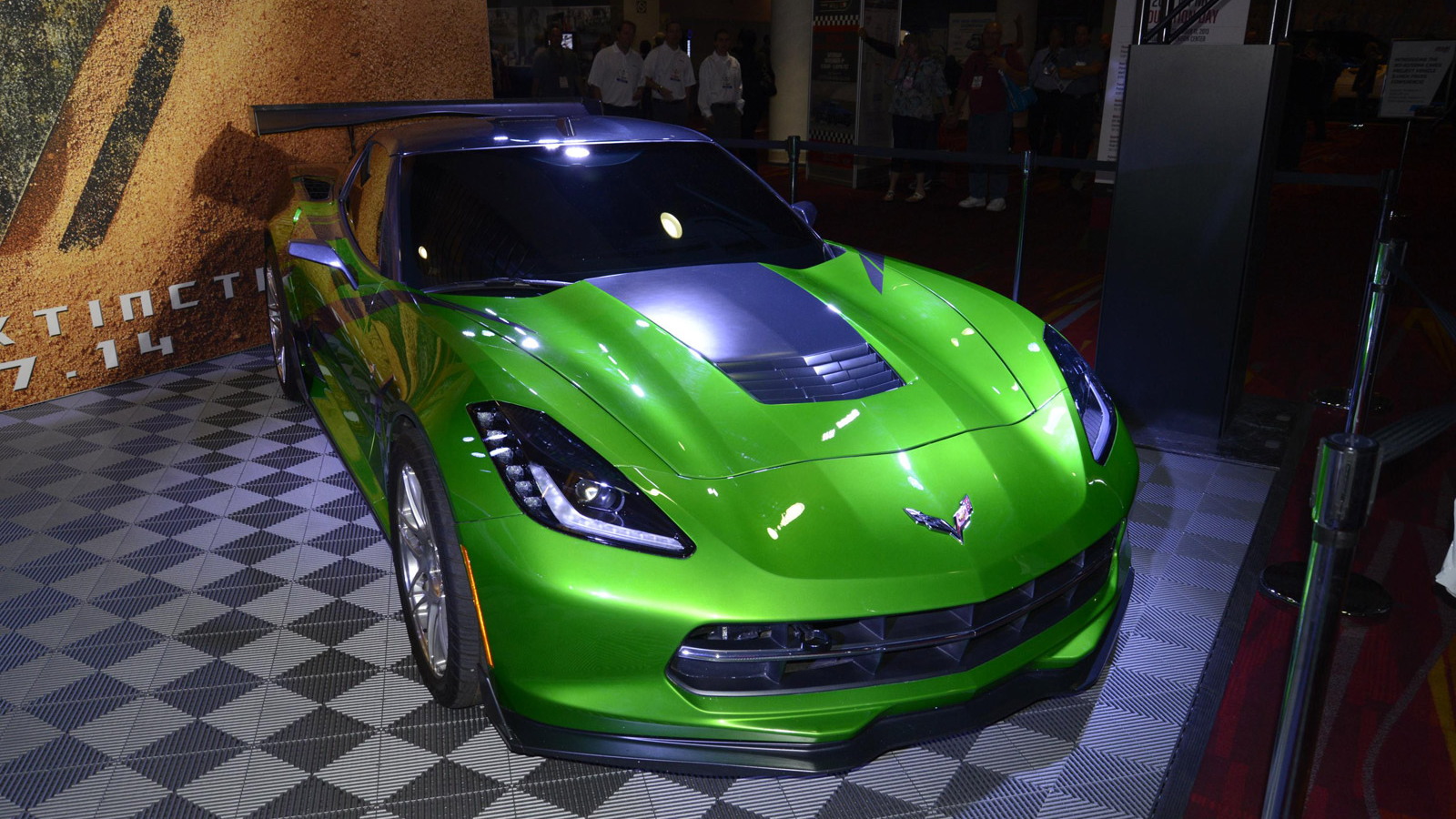 8
photos
One of the big surprises at this week’s SEMA show in Las Vegas was a pair of Chevrolet concept cars many readers will recognize as being from the upcoming Transformers movie, Transformers 4: Age Of Extinction. One is a unique Camaro concept car that’s almost certain to be the vehicle mode for the Autobot Bumblebee, while the other is a motorsport-inspired Corvette Stingray that’s also fighting on the side of the Autobots.

Of the two cars, the Camaro concept is the most interesting. It’s possible the new styling is a preview of the next-generation, Alpha-based Camaro, but then again it may have been styled that way simply for the movie.

The Corvette Stingray movie car also has plenty of attributes not found on stock versions. In addition to an oversized rear wing, the car wears a full body kit and its side mirrors are similar to those used on concept cars. The green paint is also unique to the movie car, resembling Chevy’s Synergy Green hue.

Filming of the Transformers 4 movie, which will star Mark Wahlberg in the lead this time, is well underway. Its director, Michael Bay, has already revealed a number of the cars starring in the movie in addition to these two cars at SEMA. They include a 1967 Chevrolet Camaro SS, a Bugatti Veyron Grand Sport Vitesse, a Sonic RS rally car, a Lamborghini Aventador LP 700-4, a Pagani Huayra, a military truck from Oshkosh Defense, as well as a Freightliner Argosy and a Western Star truck, the latter being the famous red and blue truck of Autobot leader Optimus Prime.

In the meantime, check out what else was on show at SEMA this week by visiting our dedicated hub.