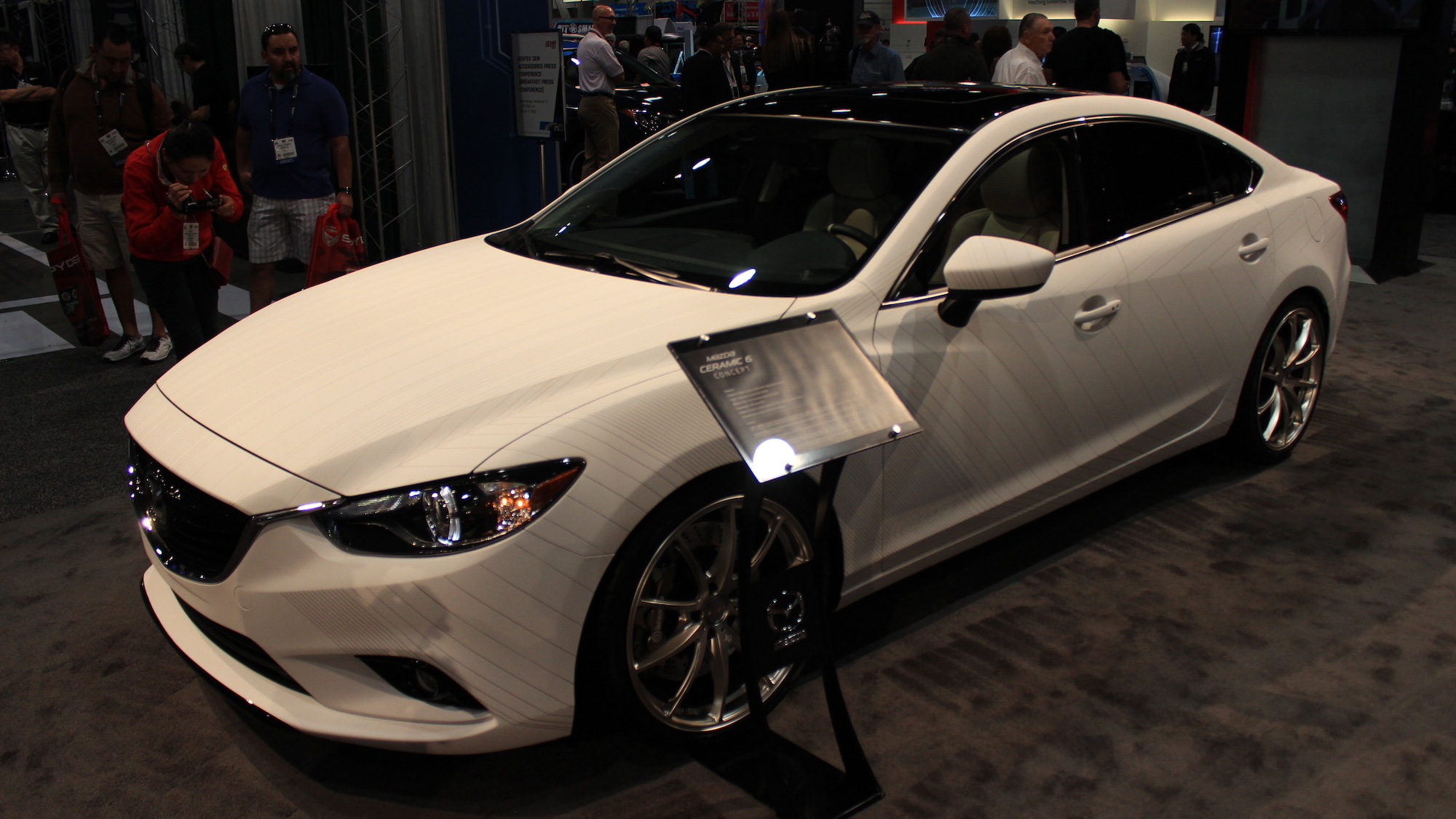 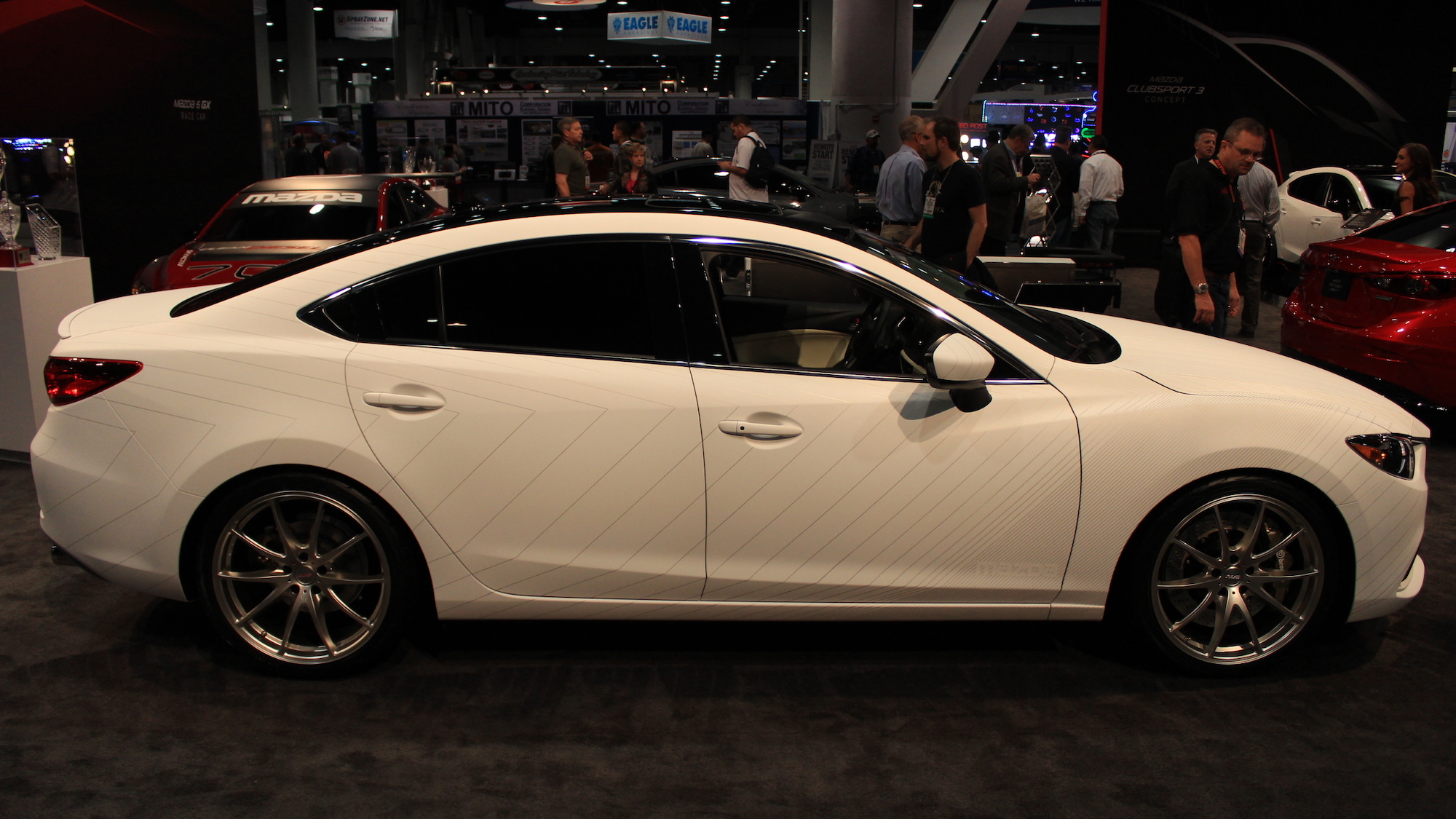 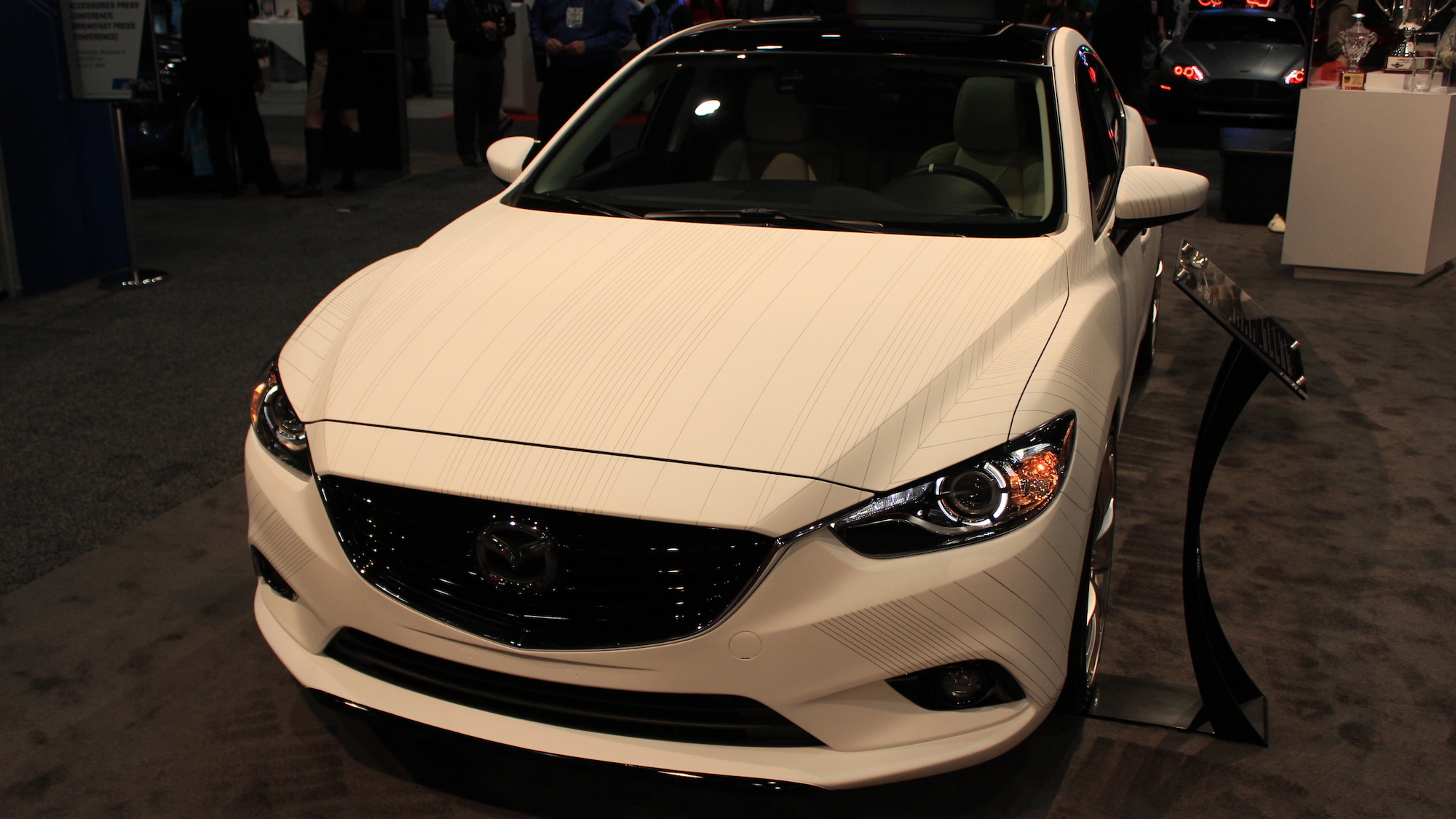 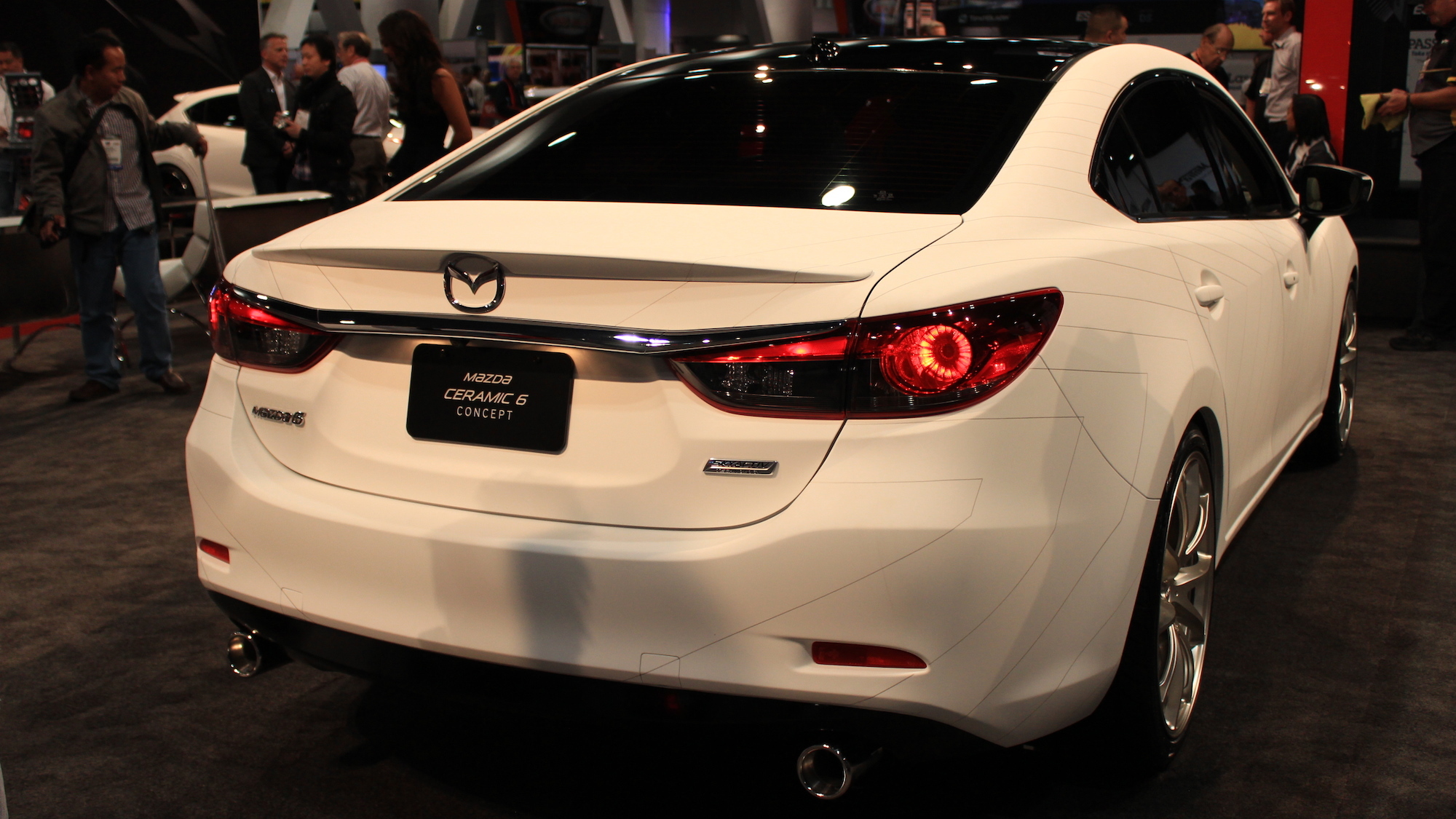 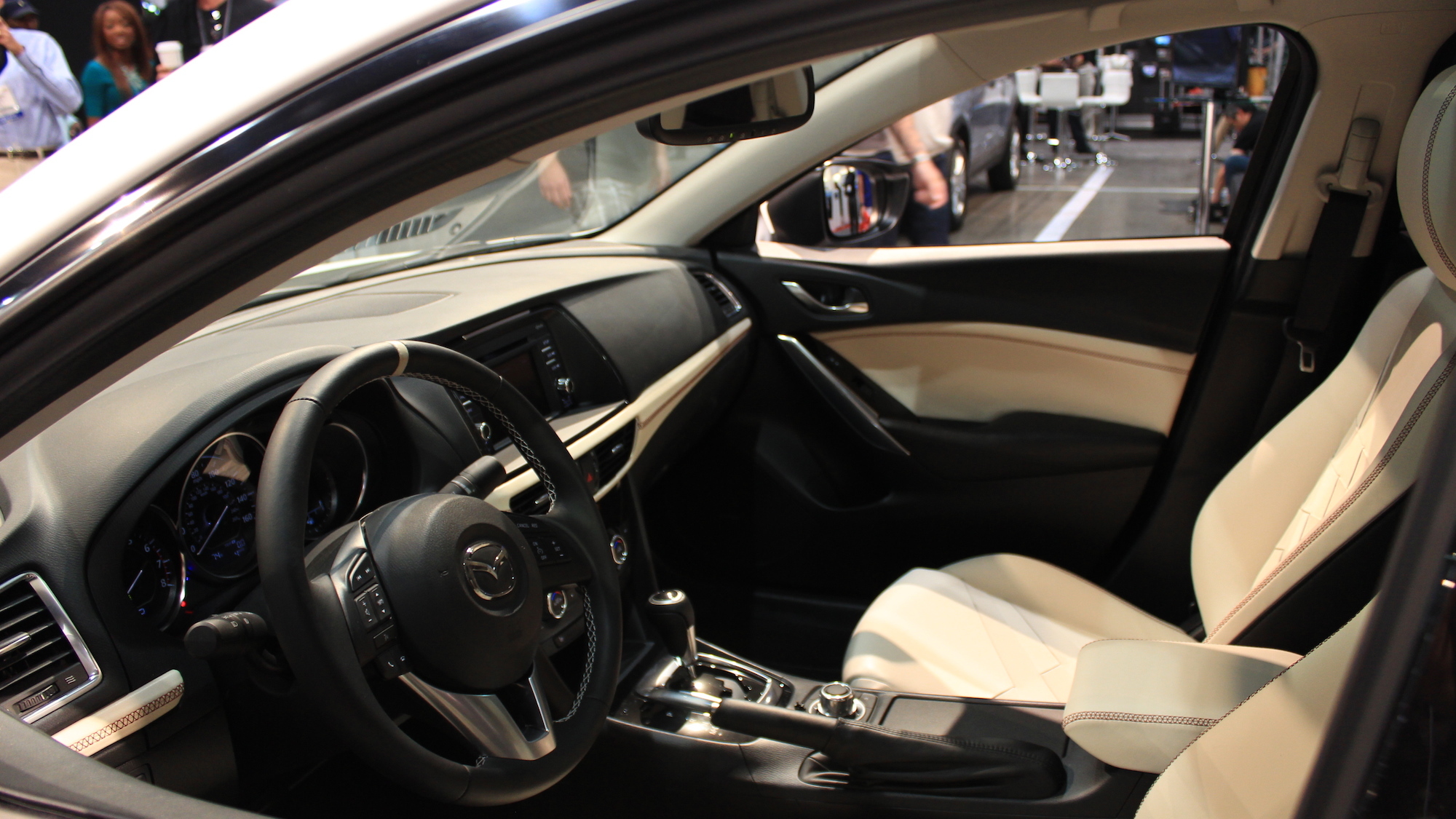 10
photos
Mazda's newest range of vehicles is attracting praise far and wide, but styling aside there's little to excite performance fans in the new 3 and 6 ranges, at least for now. The Japanese automaker's lineup for the SEMA show in Las Vegas this week could go some way to rectifying that, though.

Mazda has long used SEMA to show off the potential of its wares, and this year two versions of the 2014 Mazda 6 sedan and two 2014 Mazda 3s—a sedan and a hatchback—have graced its stands.

One of the highlights is the Ceramic 6 concept. The car’s exterior finish is an eponymous Ceramic White littered with Taupe Silver accent stripes. The car also features 20-inch wheels, H&R springs, a high-flow exhaust system and Brembo brakes. The interior, meanwhile, resembles something out of a Milan fashion studio with premium soft leathers, intricate stitching and overlapping weave patterns.

Another standout is the Club Sport 6 concept. It features a Mazda-developed aero kit that the automaker plans to launch for 6 buyers. The car also wears 20-inch wheels, an H&R spring kit and Brembo brakes. Power comes from Mazda’s 2.2-liter SKYACTIV-D diesel engine which is expected to be offered here in the U.S. market next spring.

Mazda also rolled out a Club Sport 3 concept based on the automaker’s latest 3 hatchback. It’s powered by a SKYACTIV-G 2.5-liter engine, which is paired with a six-speed manual transmission. The Club Sport 3 also utilizes a Wavetrac helical limited-slip differential for additional torque. Added performance features include a coilover kit, high-flow exhaust and Brembo brakes.

Finally, there is the Vector 3 concept, which as its name suggests is based on the 3, albeit the sedan variant of the new car. The exterior features a beautiful red hue called Soul Red, along with 19-inch wheels. Other mods include a H&R spring kit and Brembo brakes.

To see what else is on show at SEMA this week, head to our dedicated hub.