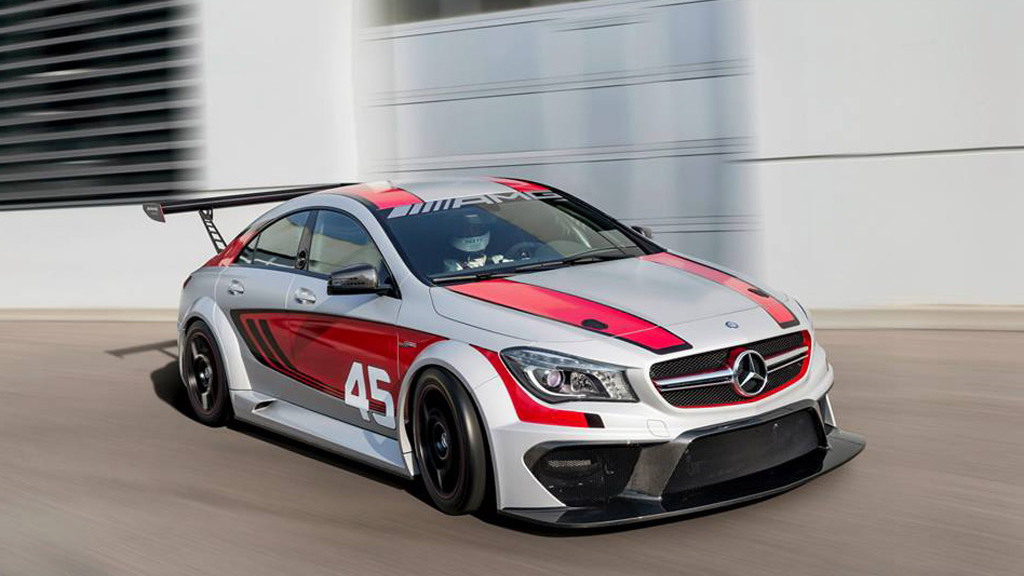 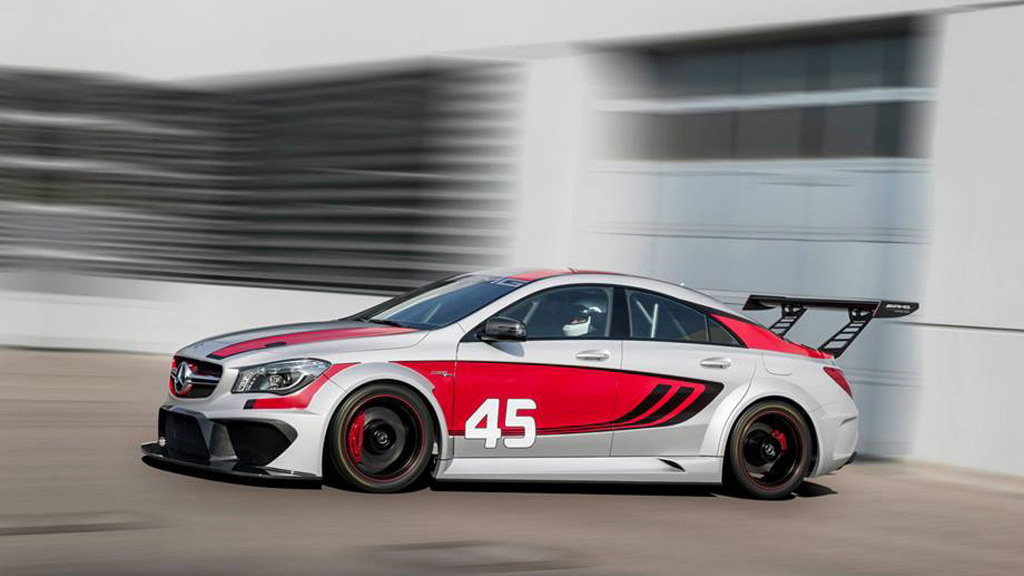 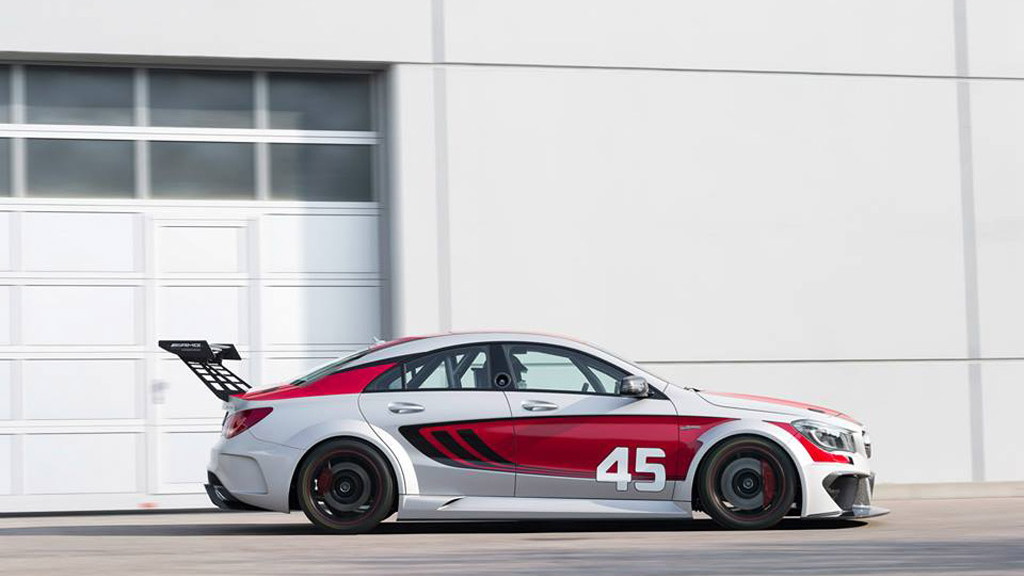 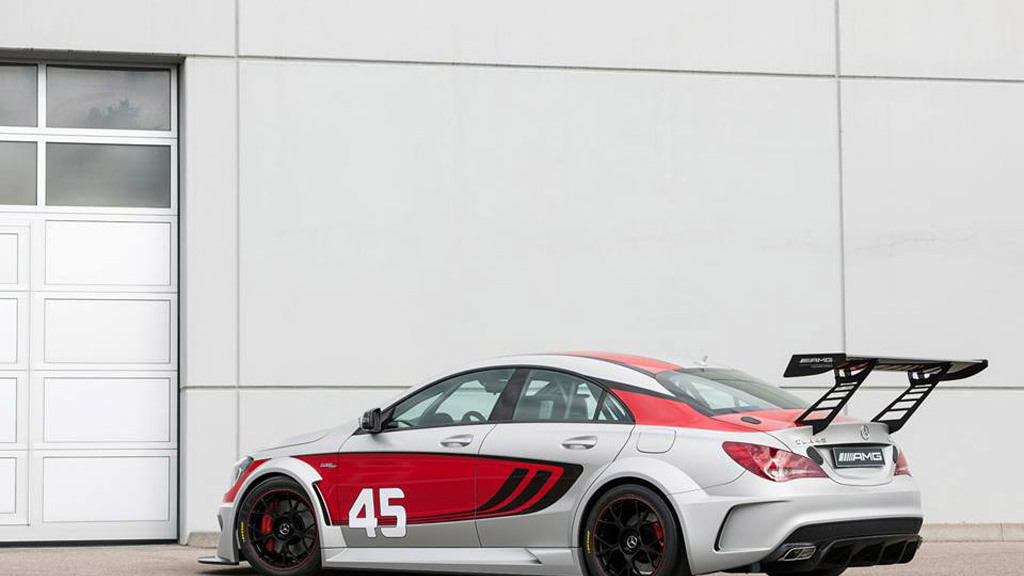 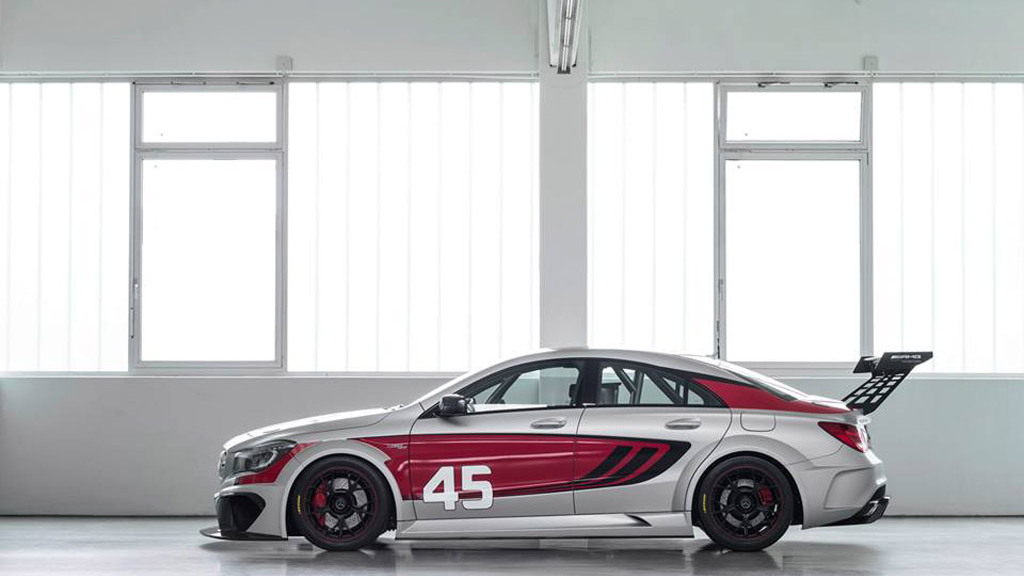 8
photos
Mercedes-Benz has enjoyed much success with its SLS AMG GT3 customer race car but its half-million dollar pricetag puts it out of reach of many smaller teams. Mercedes has taken heed of calls for a more affordable race car wearing the three-pointed star and has put together a new CLA45 AMG-based racer.

The CLA45 AMG Racing Series is still only a concept but Mercedes will be gauging the interest of onlookers at next week’s 2013 Frankfurt Auto Show where it will make its official debut. Should the response be positive, production is likely to follow and we could see the race car on sale before the start of the 2014 motorsport season.

There’s been no mention of what motorsport classes the race car concept has been designed for but we do know it features a turbocharged 2.0-liter four-cylinder engine, just like the road-going CLA45 AMG. Its designers say it would be possible to adapt the engine performance and technical specifications to meet regulations of different racing series.

Other specifications include the production car’s AMG SPEEDSHIFT seven-speed dual-clutch transmission, the choice of front- or all-wheel drive, carbon-fiber reinforced plastic body panels, a huge GT wing, and a stripped-out cabin with a FIA-approved roll cage.

Stay tuned, as we’ll have more details on the Mercedes-Benz CLA45 AMG Racing Series once the 2013 Frankfurt Auto Show gets underway on September 10.  For more from the show, click here, and to read up our first drive report on the CLA45 AMG, click here.