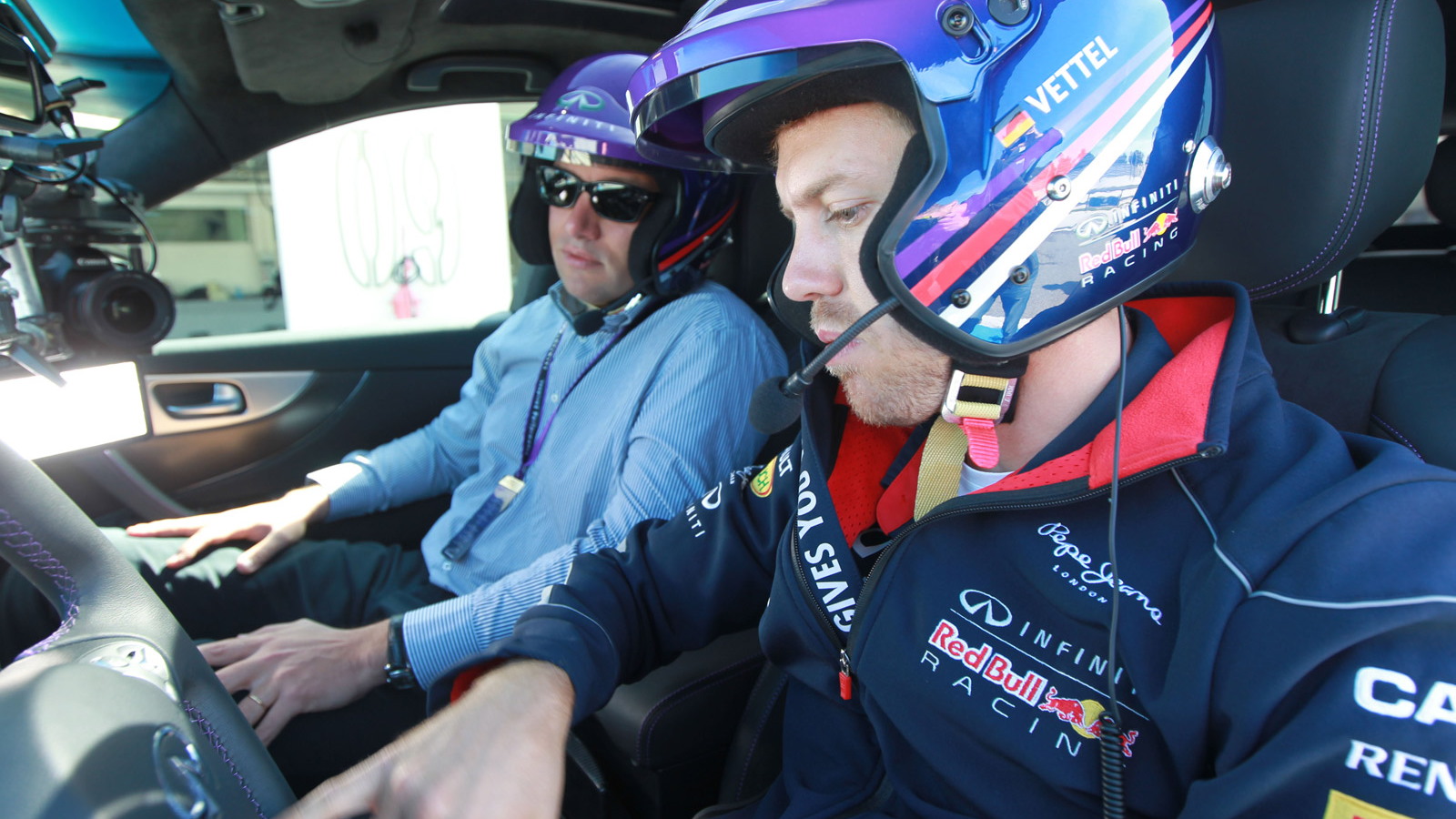 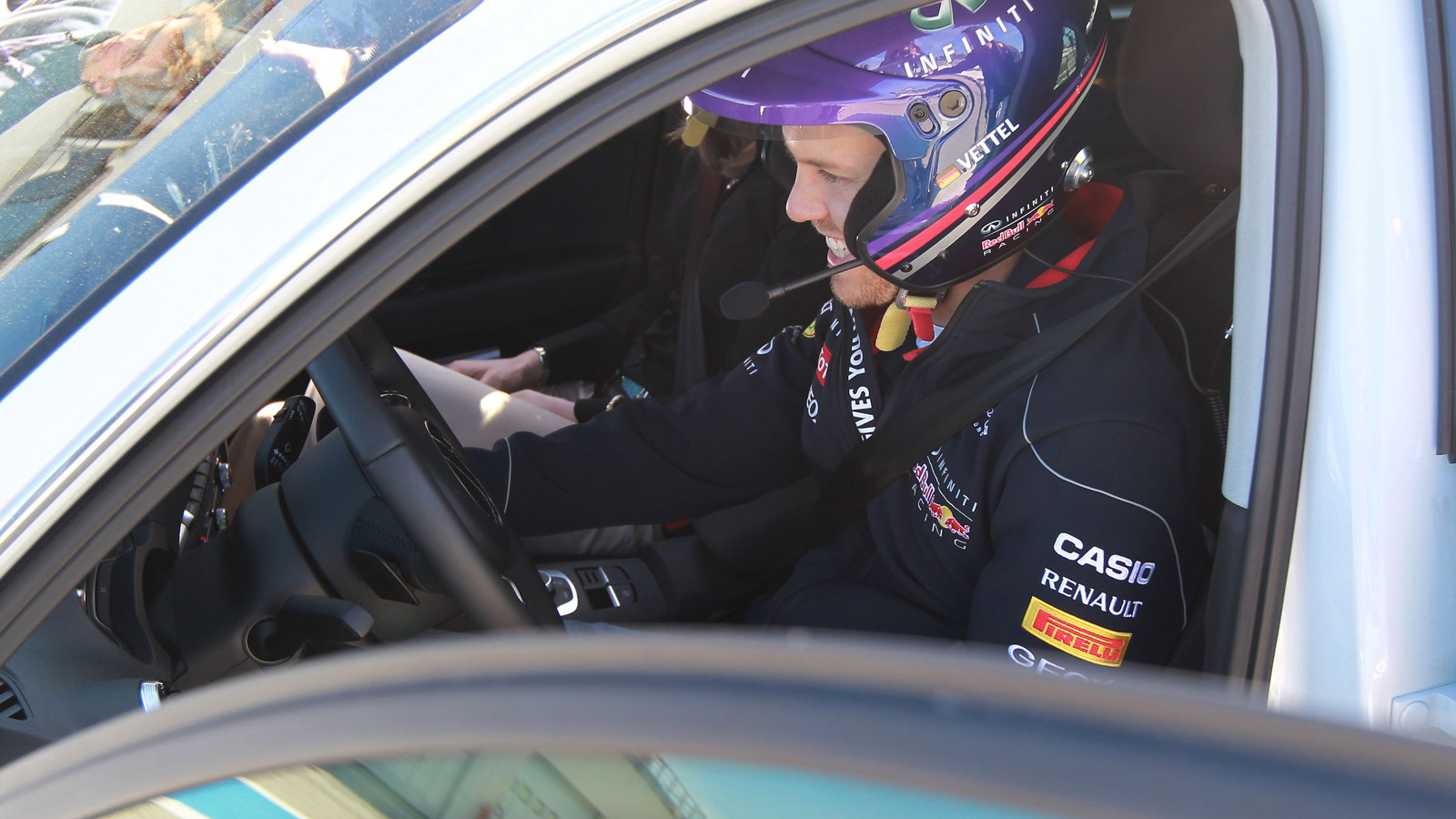 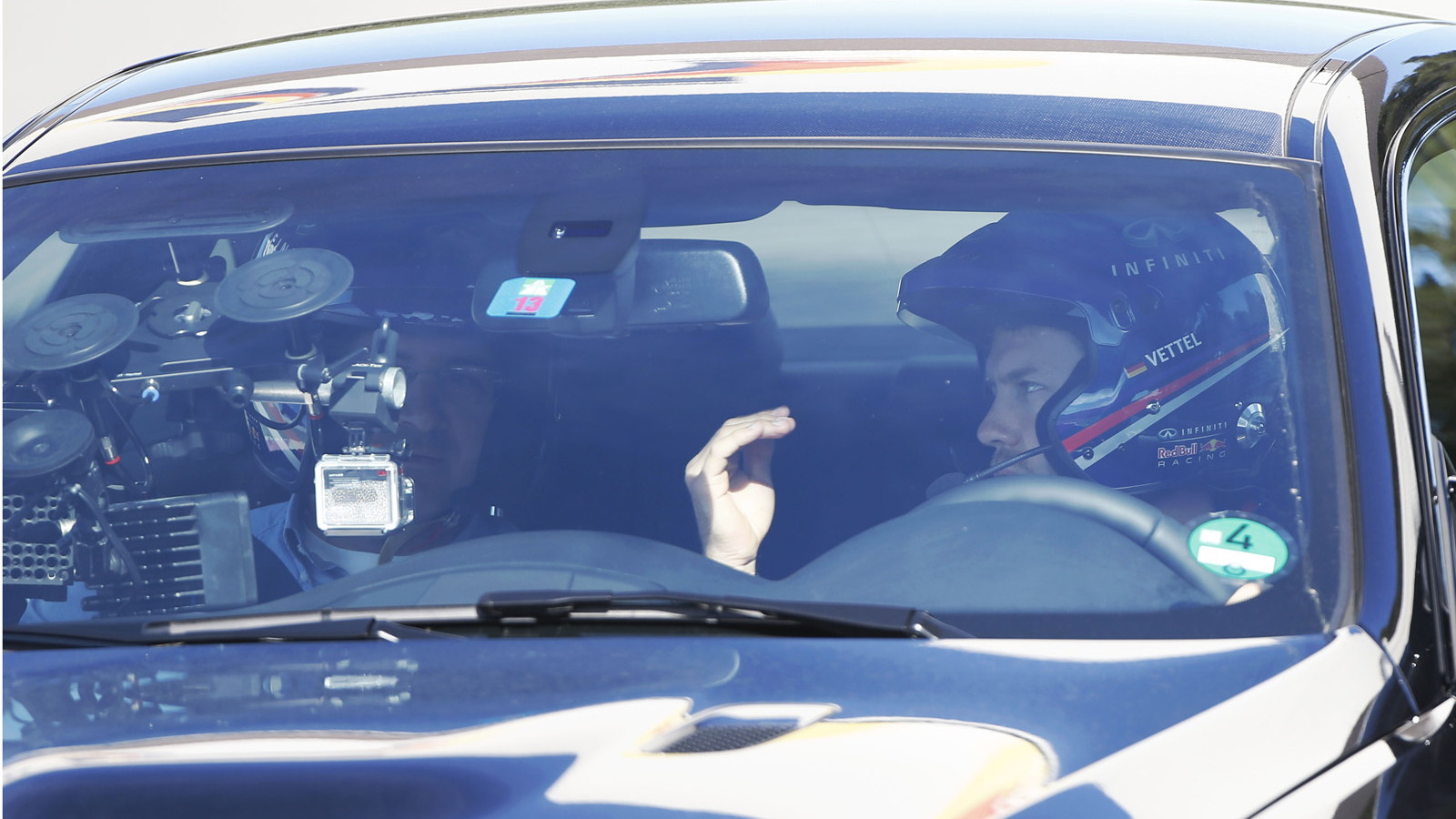 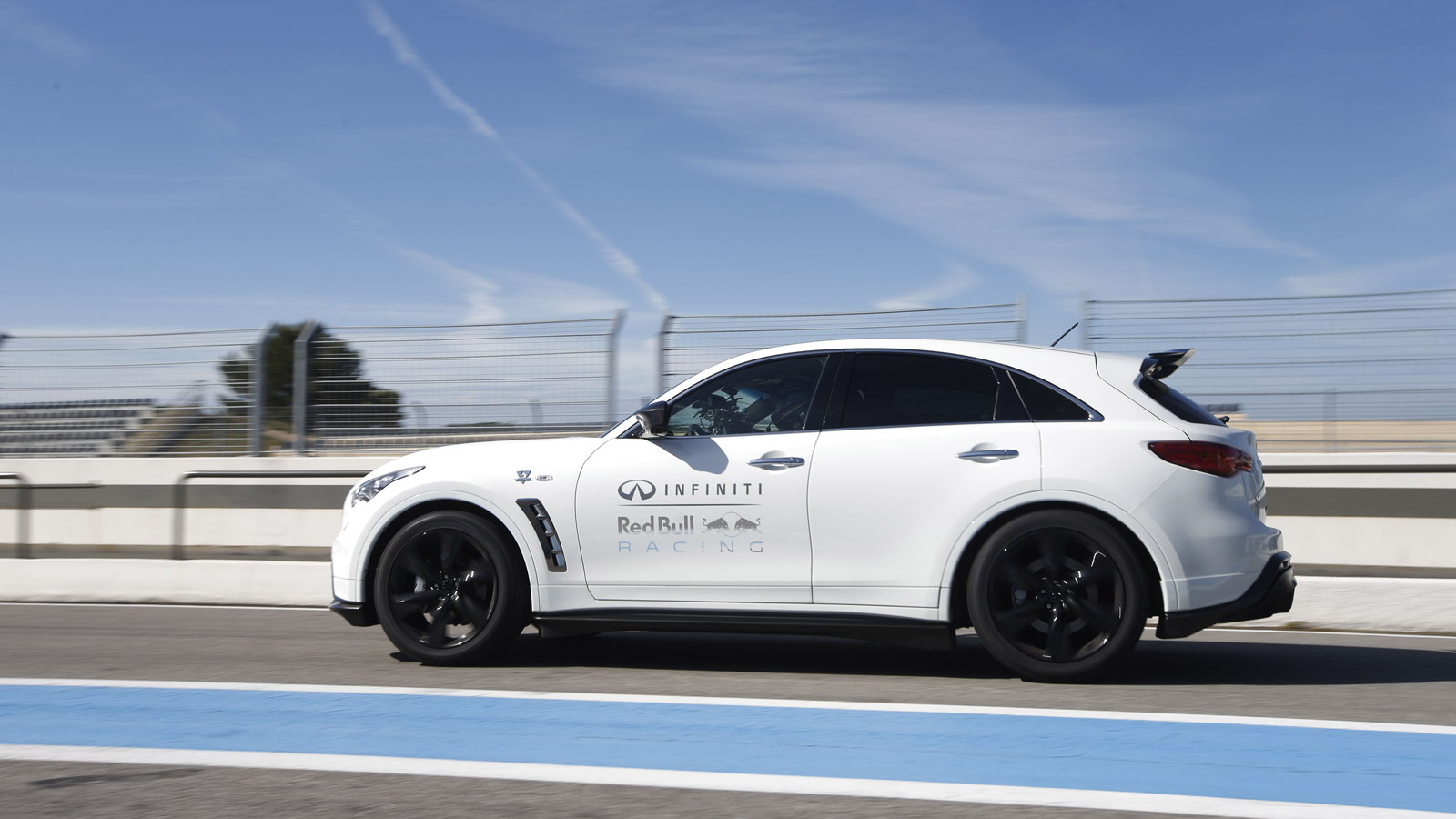 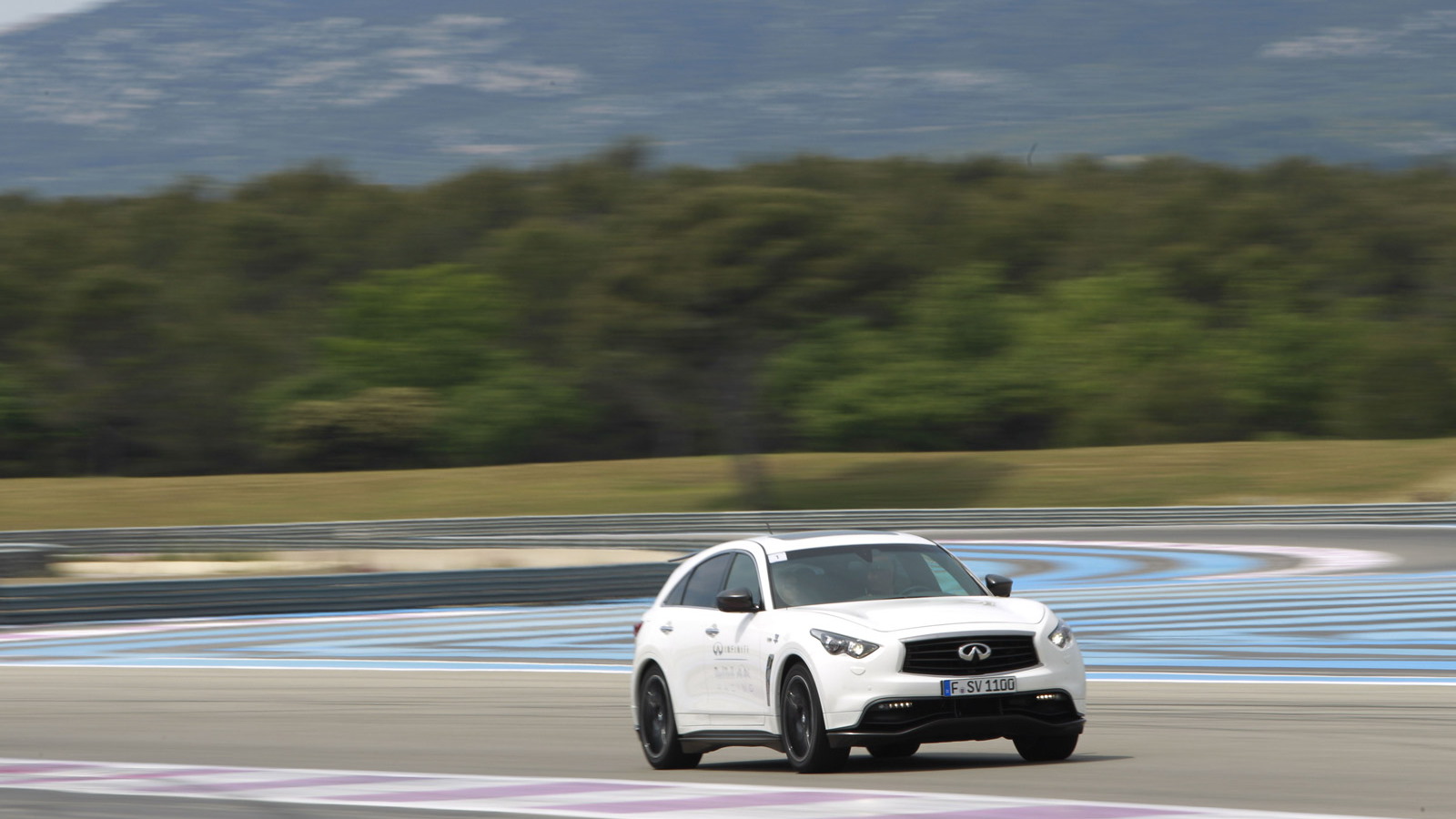 12
photos
In its quest to further differentiate itself from Nissan and position itself as a credible player in the global luxury automotive market, Infiniti recently appointed reigning Formula One world champion Sebastian Vettel to help fine tune its cars.

Serving as the brand’s official director of performance, Vettel helped test prototypes for the new 2014 Q50 at Germany’s Nürburgring Nordschleife and the Circuit de Catalunya F1 track in Spain during development of the car last year.

Now, he’s taken time out from his busy F1 schedule to collaborate with Infiniti engineers once again, this time at France’s Paul Ricard Circuit.

The German ace spent the day evaluating the latest Infiniti road cars and their competitors, accompanied by engineers from Infiniti’s European Dynamic Performance division based at the company’s development centers in Bonn, Germany and Barcelona, Spain.

The goal was for the engineers to hear directly from Vettel his views on important vehicle attributes like handling, steering feel, vehicle agility and ride comfort in order to aid development of future models. One of these future models will be a new compact car that’s slated for production in the UK from 2015.

According to Infiniti, Vettel has an “uncanny” sensitivity to chassis setup which has helped engineers greatly in the areas of suspension, braking and steering calibration.

“As new Infiniti cars are created, it is really important for us to develop them with their own consistent driving style, so it has been really useful to be able to drive so many cars hard and back-to-back on the same track,” Vettel said on the day.