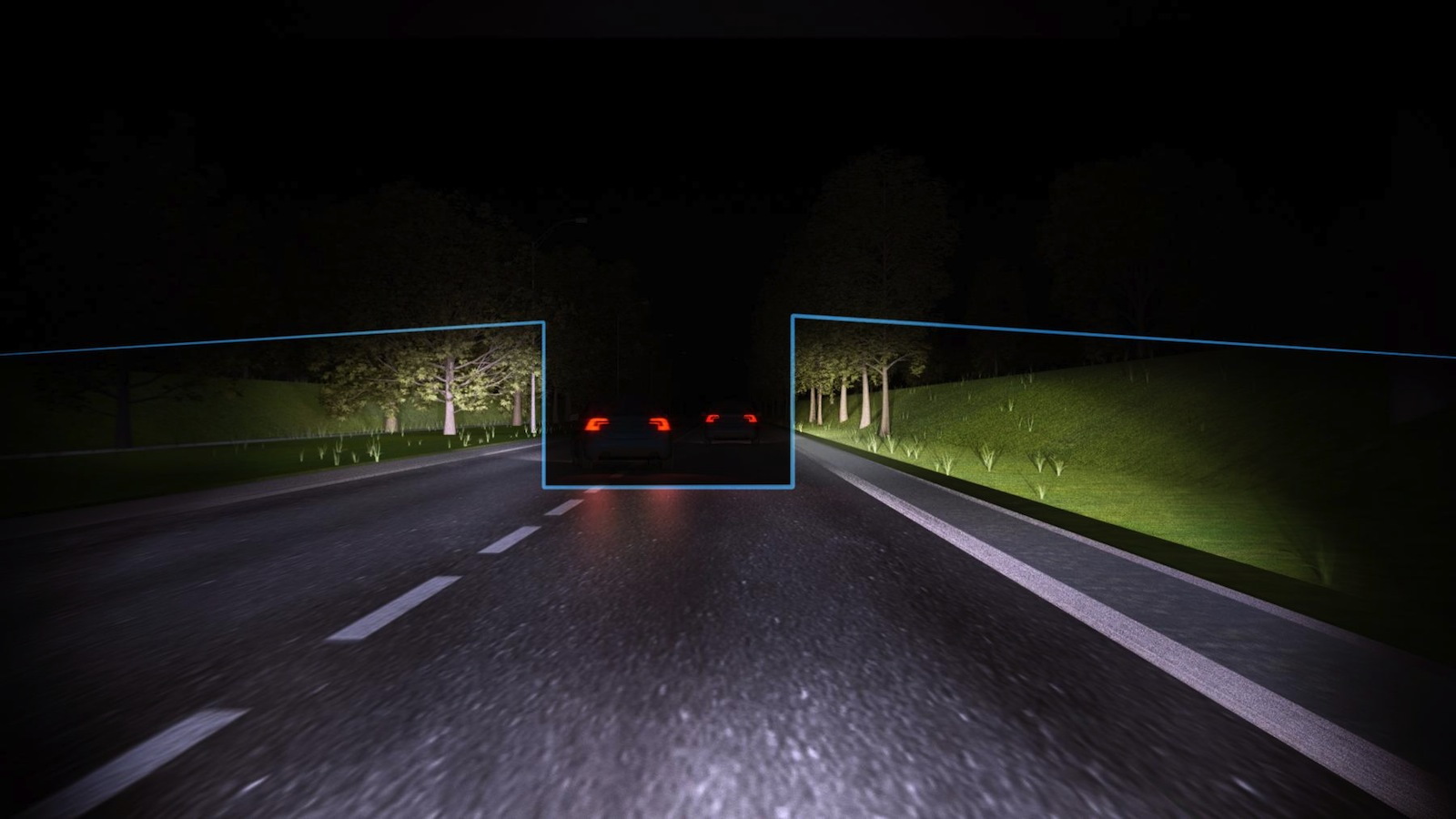 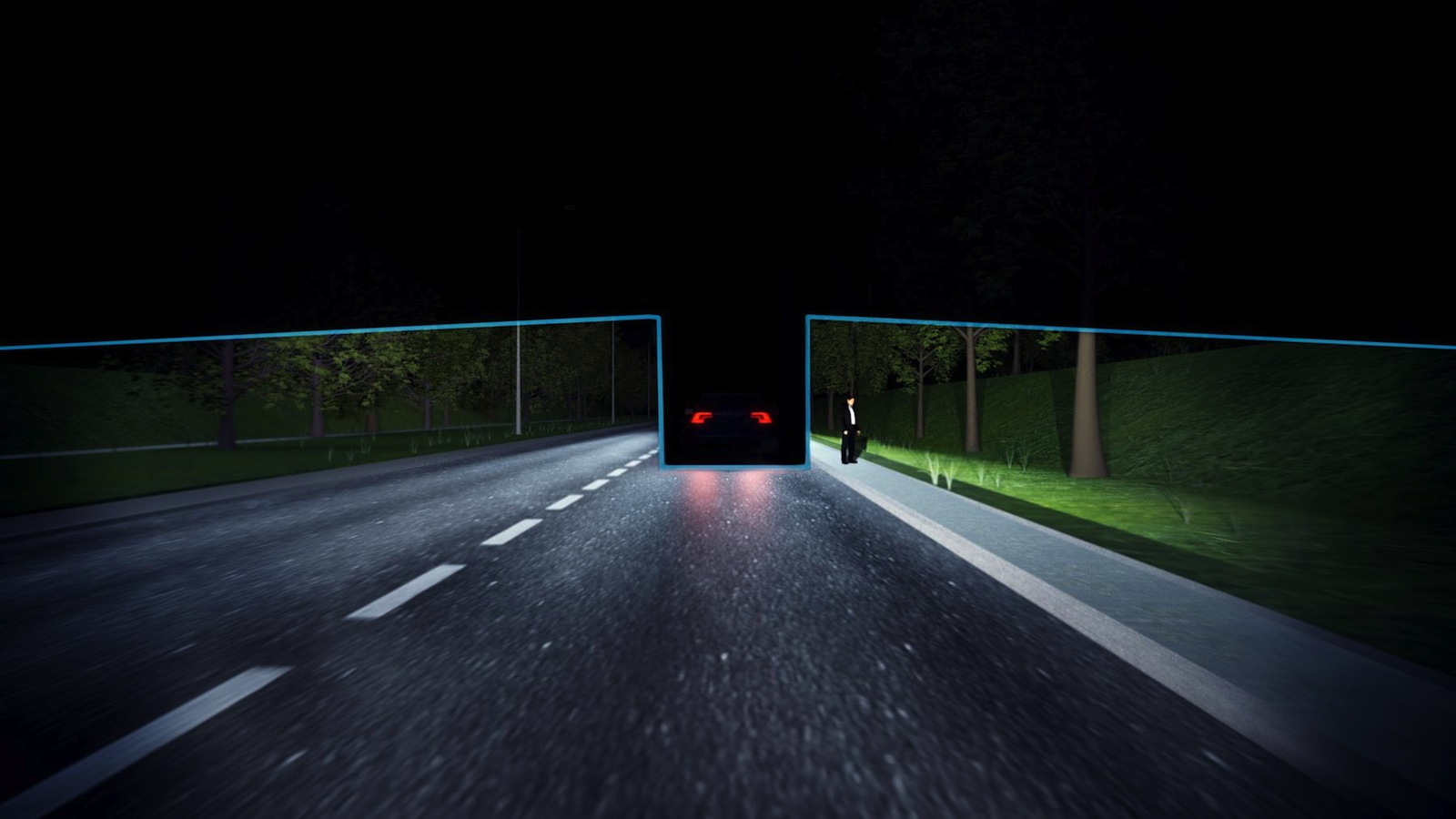 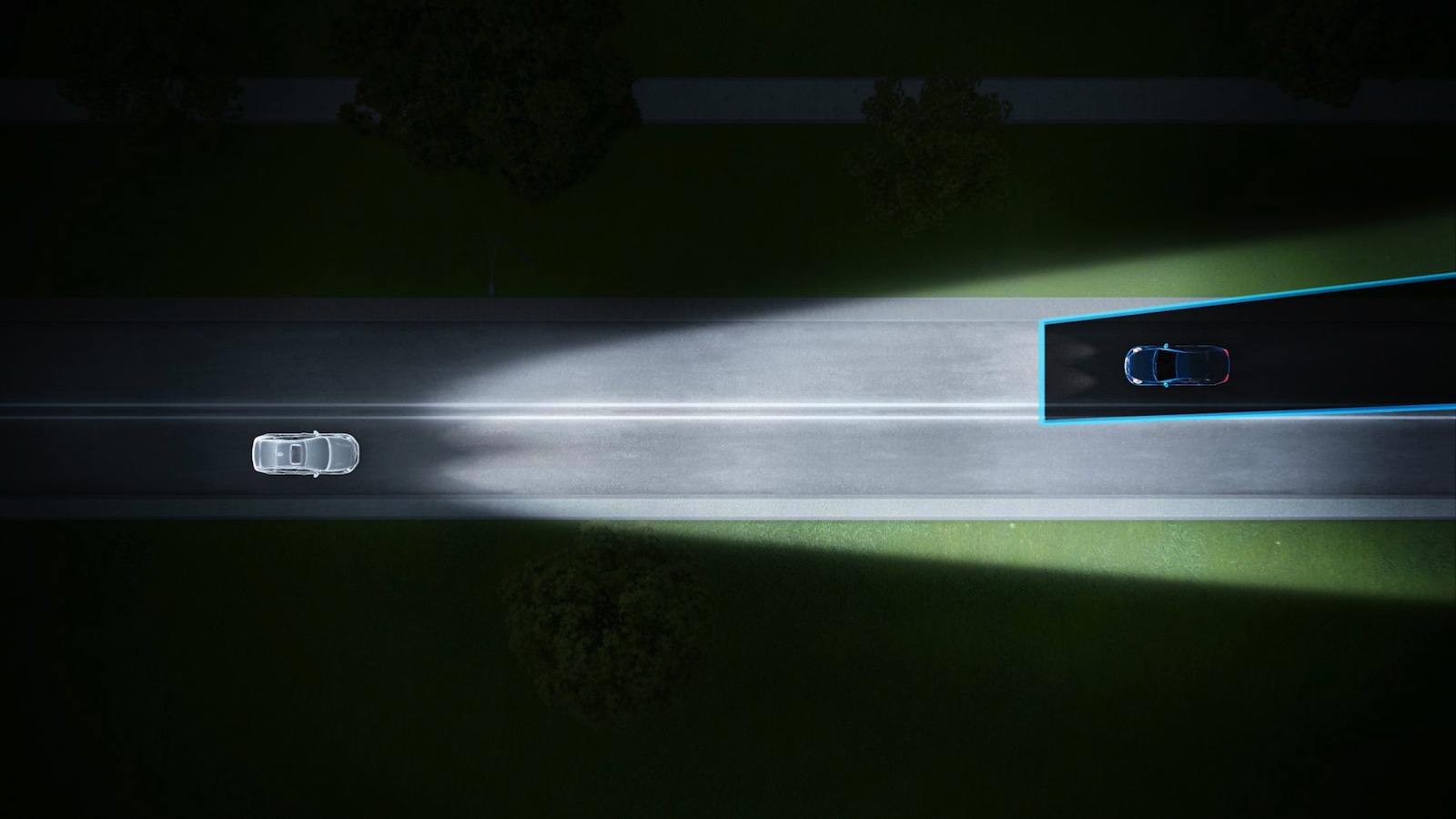 4
photos
If you live in the city, chances are good you don’t use your high beams much for night driving, since you’re rarely in an environment where they can be employed without distracting other drivers.

If you live in the country, on the other hand, high beams provide a welcome margin of safety for driving at night, making it easier to spot roadside hazards, unpredictable animals and even approaching traffic signs.

Self-dimming high beam systems have been on the market for a few years now, but such systems can be slow to react as you approach traffic, or as oncoming traffic approaches you. Since they merely switch from high beam to low beam in high-traffic-density situations, they fail to provide the same illumination as your brights would.

When a car is detected, only the portion of the high beam that would be distracting is shaded out, providing the driver with optimal illumination under all circumstances. Volvo claims the system is accurate enough to frame the car ahead with just a 1.5-degree margin.

Active High Beam Control varies the amount of shading via a headlight-mounted cylinder incorporating metal deflectors. It’s sensitive enough to work with both cars and motorcycles, and it’s designed to function at speeds as low as 15 km/h (9.3 mph). The system will be an available option on European  S60, V60 and XC60 models beginning this spring.

Why not American models as well? Federal motor vehicle standards, as well as state motor vehicle laws, prohibit the use of high beam headlights when traffic is approaching. While Volvo's system doesn't blind oncoming drivers, it's still not completely compliant with regulations on this side of the pond.