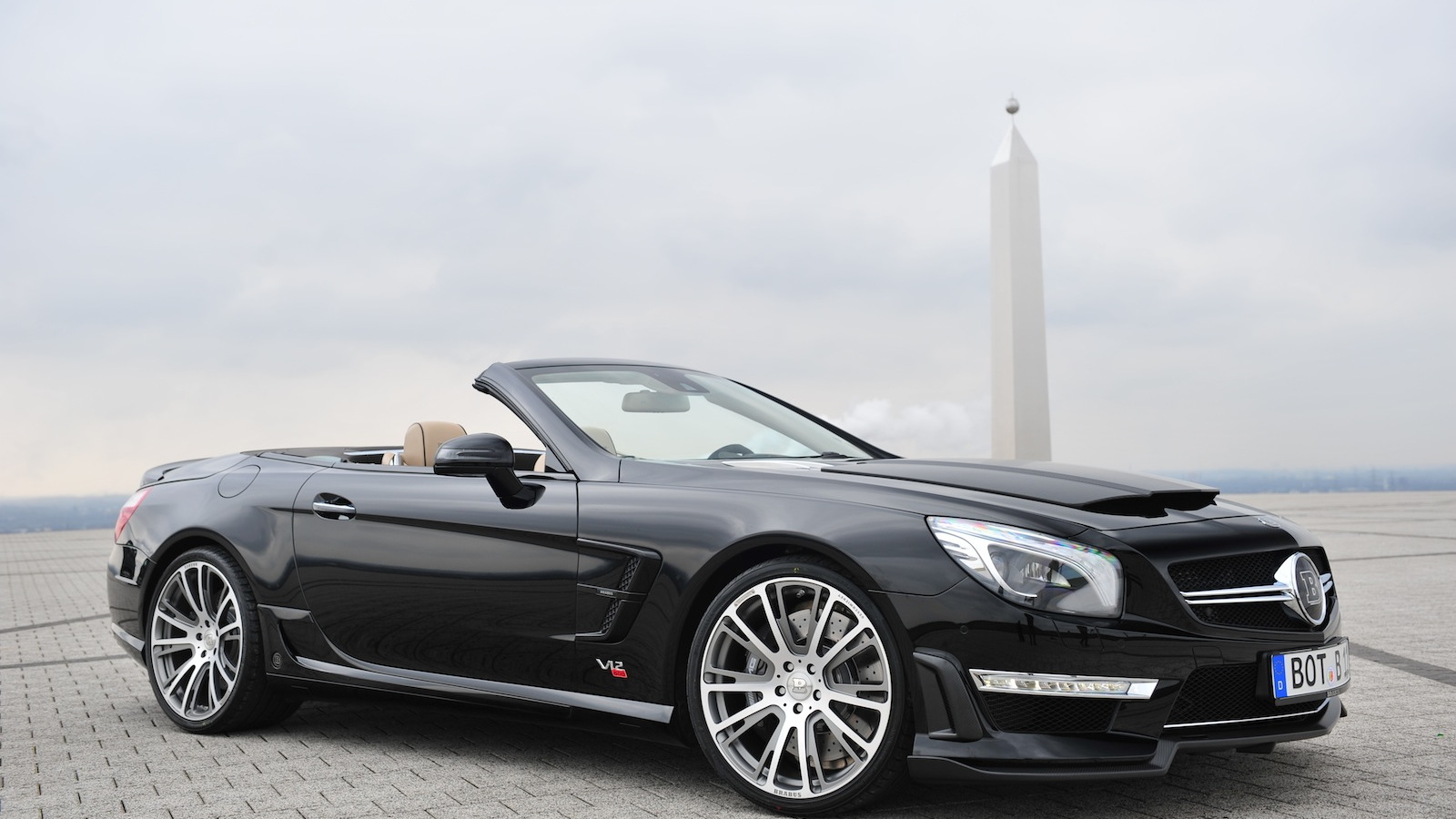 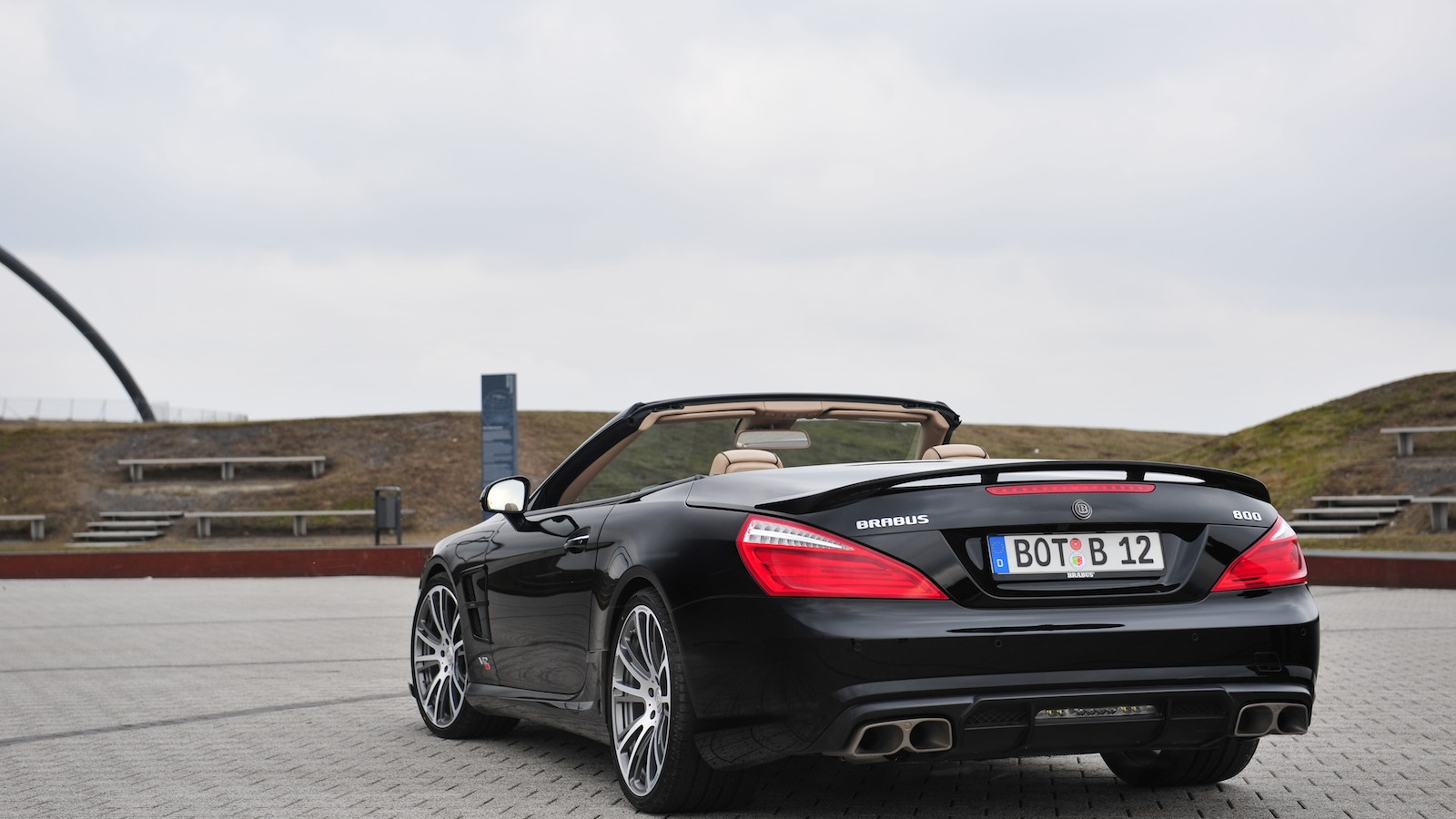 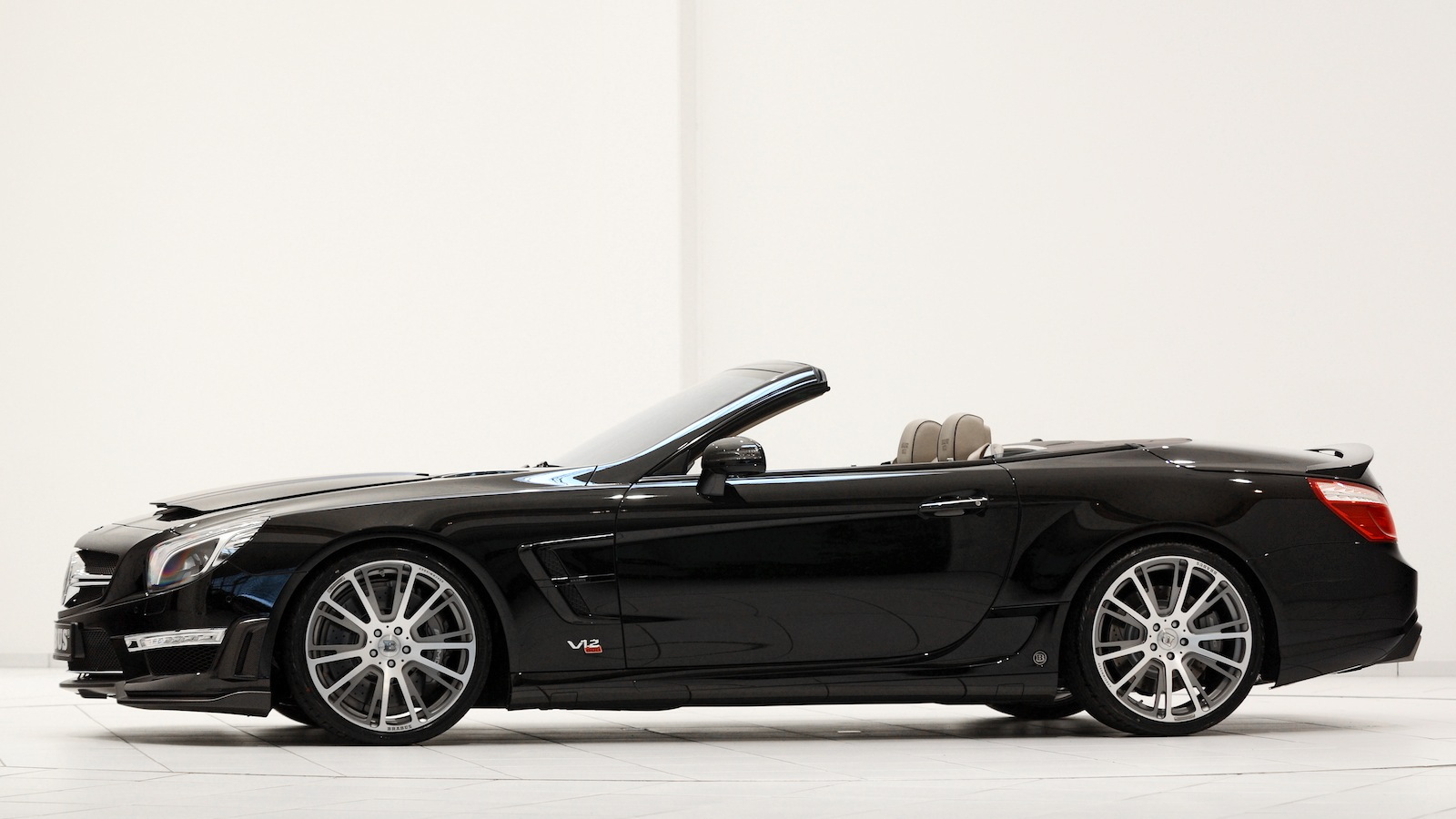 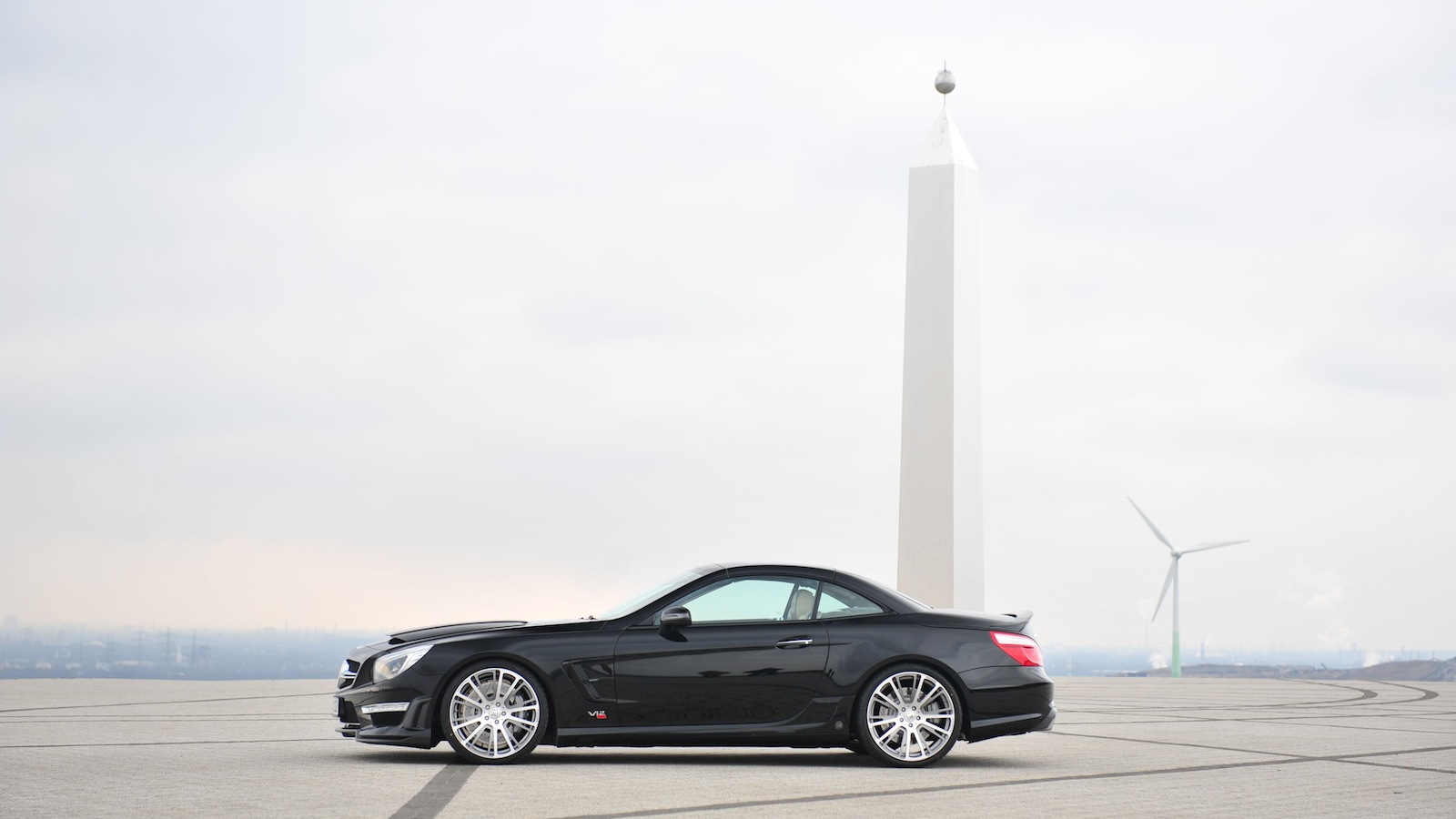 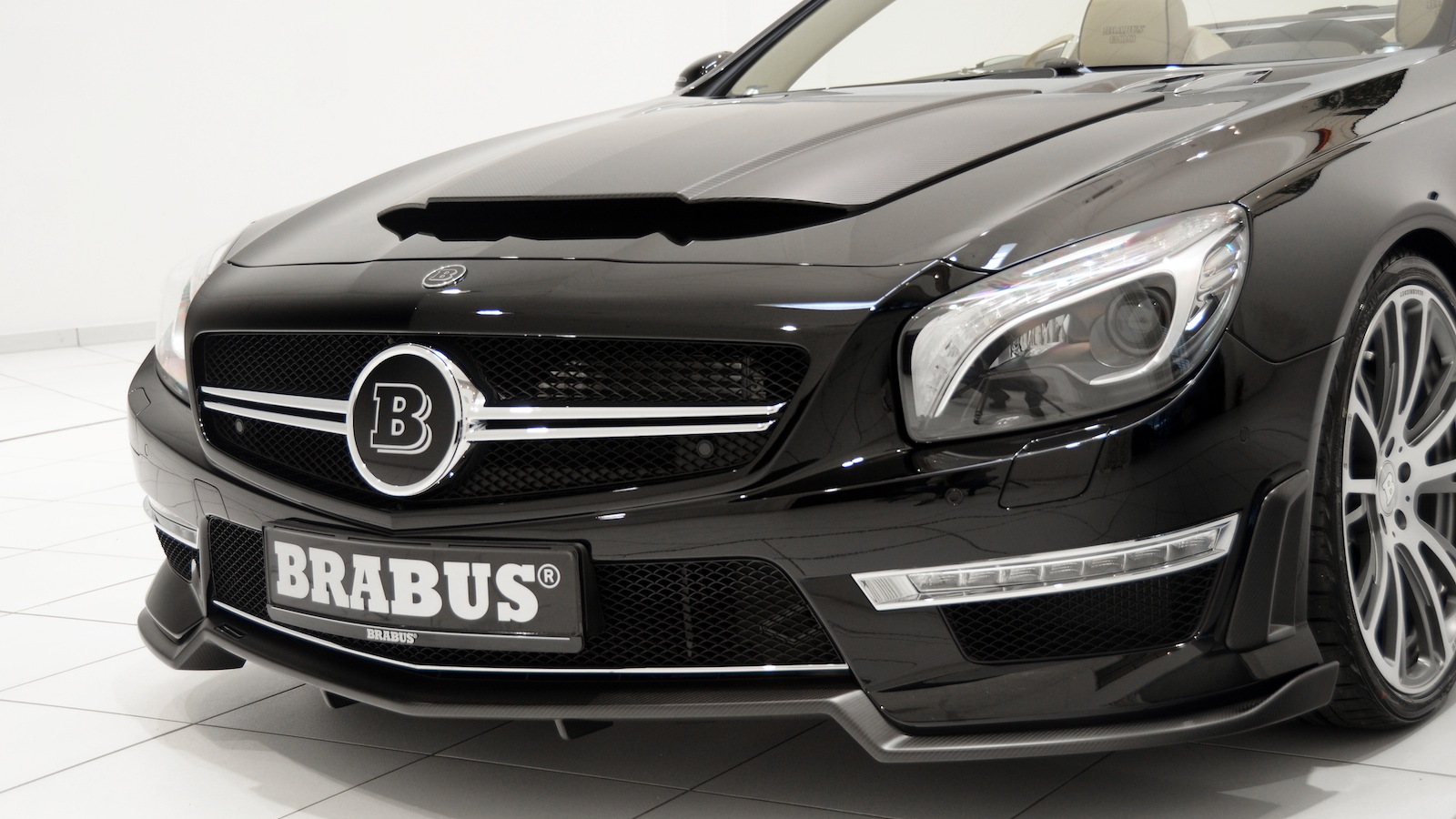 10
photos
The Mercedes-Benz SL65 AMG, in stock form, pumps out some 621 horsepower and 738 pound-feet of torque from its twin-turbo, 6.0-liter V-12 engine. Before you add a single option, the car prices at nearly $214,500, including destination fee and gas-guzzler tax.

If those numbers aren’t jaw-dropping enough, the folks at Brabus want you to know that an even hotter (and more expensive) version of the SL65 AMG will debut at this year’s Geneva Motor Show. Dubbed the Brabus 800 Roadster, the topless monument to excess will crank out 800 horsepower and 1,047 pound-feet of torque.

To ensure that the Brabus 800 stays planted to the ground at speed, Brabus has developed its own carbon fiber aero kit for the car, including a front spoiler, side skirts, and a rear diffuser. The Brabus-tuned suspension also helps reduce lift with a ride height some 25 millimeters (1 inch) lower than stock.

As with other Brabus creations, luxury upgrades are limited only by budget. Trim can be had in exotic woods and genuine carbon fiber, and even the trunk can be lined in quilted leather for those demanding a truly exclusive car.

As for the “how much” question, very little wearing the Brabus logo is ever in the realm of affordable. If you can justify spending over $200,000 for Mercedes’ latest topless rocket,  however, perhaps the thought of dishing out another $100k for upgrades doesn’t sound that bad.