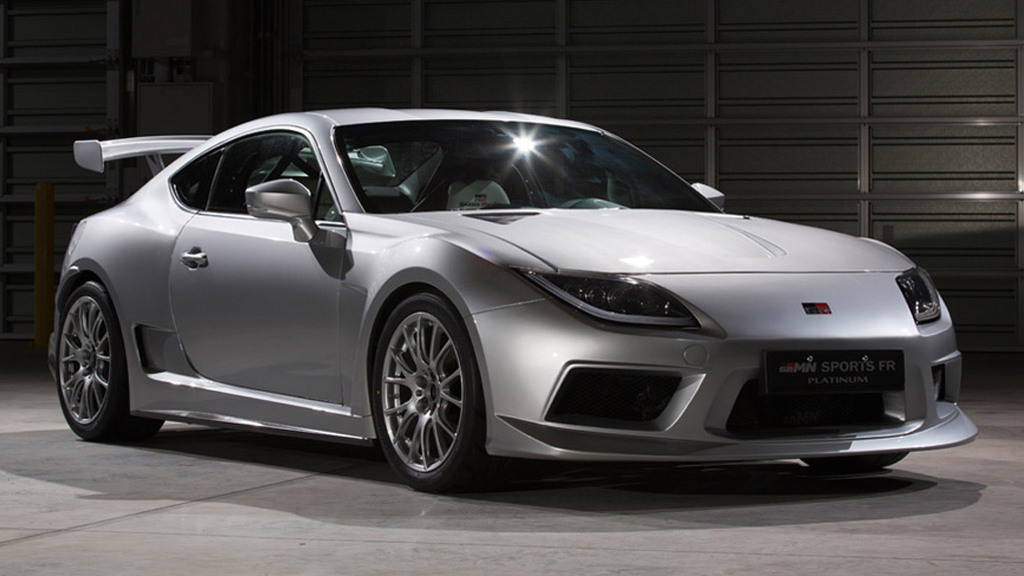 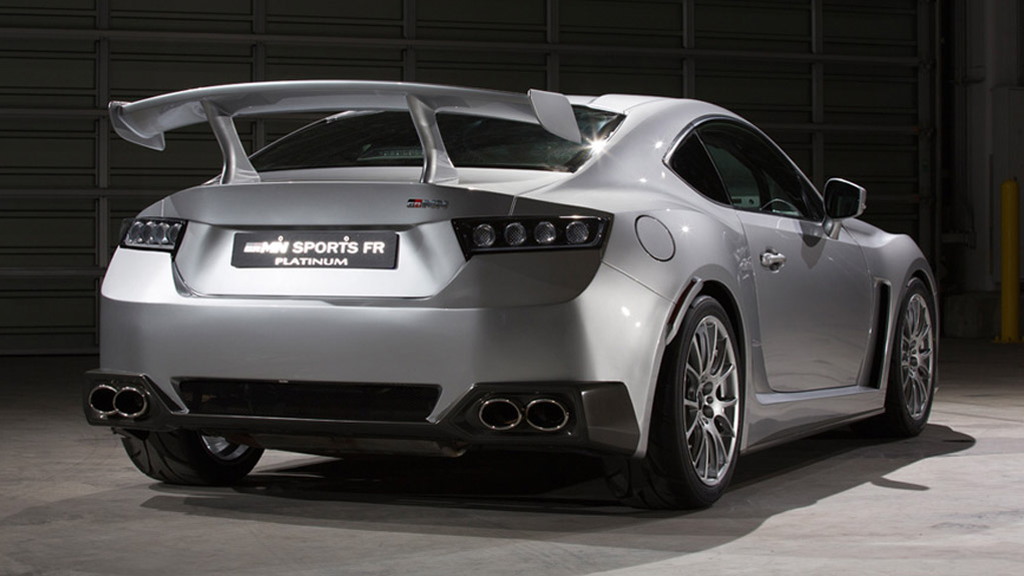 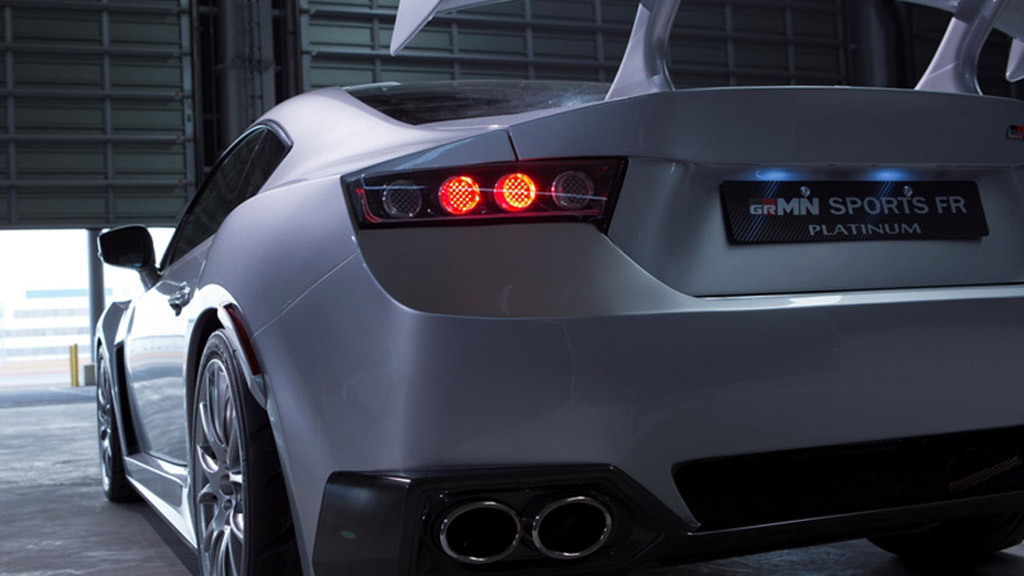 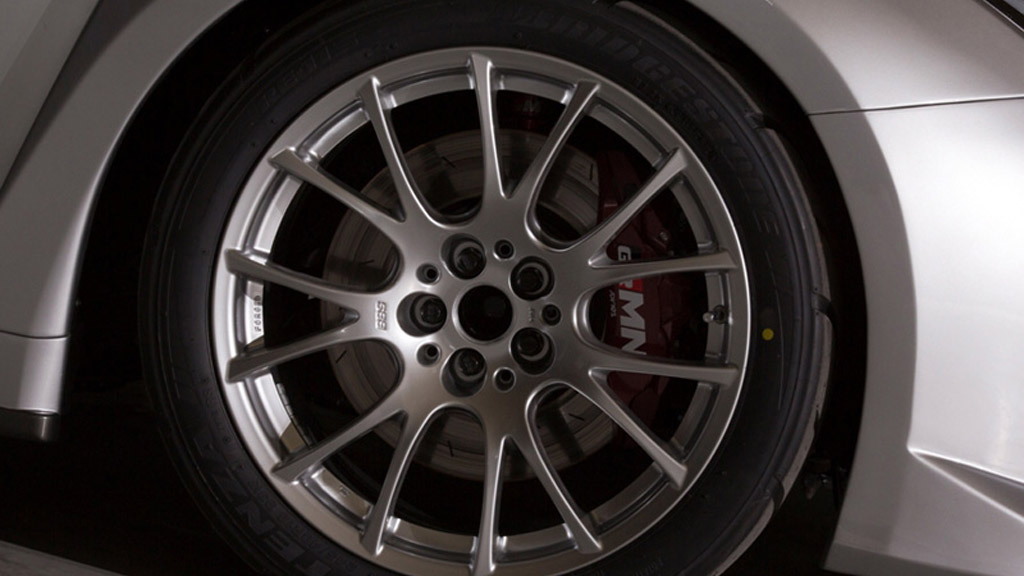 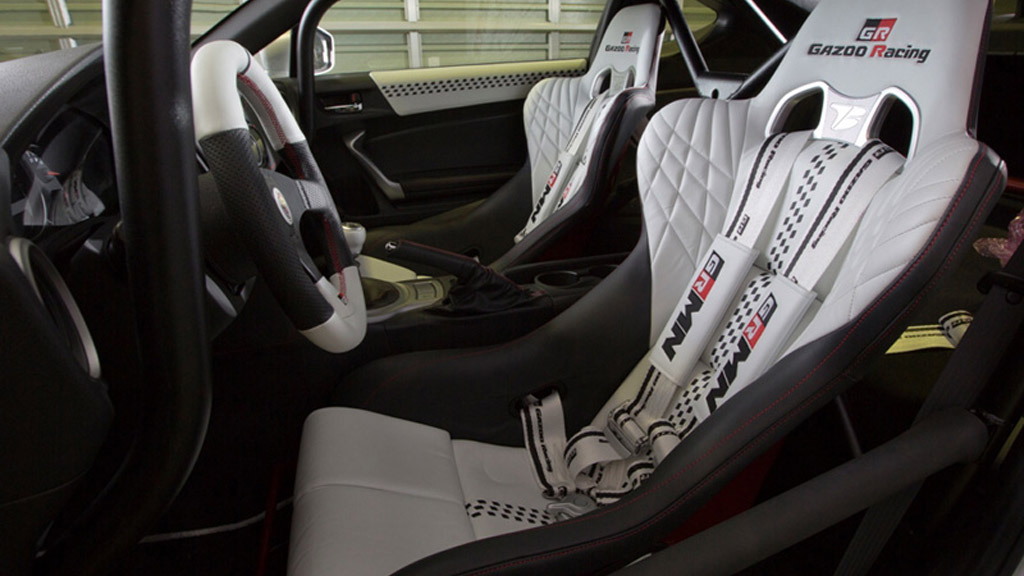 6
photos
This weekend plays host to the 2013 Tokyo Auto Salon, and one of the stars of the event has just been revealed, the GRMN Sports FR Concept Platinum from Gazoo Racing.

Gazoo Racing is one of Toyota’s most successful motorsport partners, competing in the likes of the Nürburgring 24 Hours race, and the firm has also started development of some aftermarket parts for the automaker.

Its GRMN Sports FR Concept Platinum, based on the Toyota GT 86 (the international version of our Scion FR-S), is a showcase for the tuning potential of the firm, offering both increased power and wild styling.

As previously reported, the latest concept reprises a similar car shown last year. Despite the similarities (which include a twin charging solution for the 2.0-liter Boxer engine good for about 325 horsepower), the new concept takes aftermarket tuning to the next level.

The design team has changed most of the car’s original body panels, replacing them with custom pieces that draw inspiration from the legendary Toyota Supra. New bumpers, fenders and chunky side sills all add up to something truly unique, and the custom headlights make it even harder to imagine that this was once a humble GT 86.

The boxer engine has had both a supercharger and turbocharger installed, helping boost output to 325 horsepower and 317 pound-feet of torque. Drive is sent rearward via a standard six-speed manual and limited-slip differential.

No performance figures have been announced but expect 0-60 mph times of less than 5.0 seconds and a top speed of over 150 mph. A dual-pipe exhaust system has also been fitted, offering a nice growl as you’ll see in the video.

Inside, a roll cage has been fitted and is joined by sporty bucket seats in white and a matching white sports steering wheel.