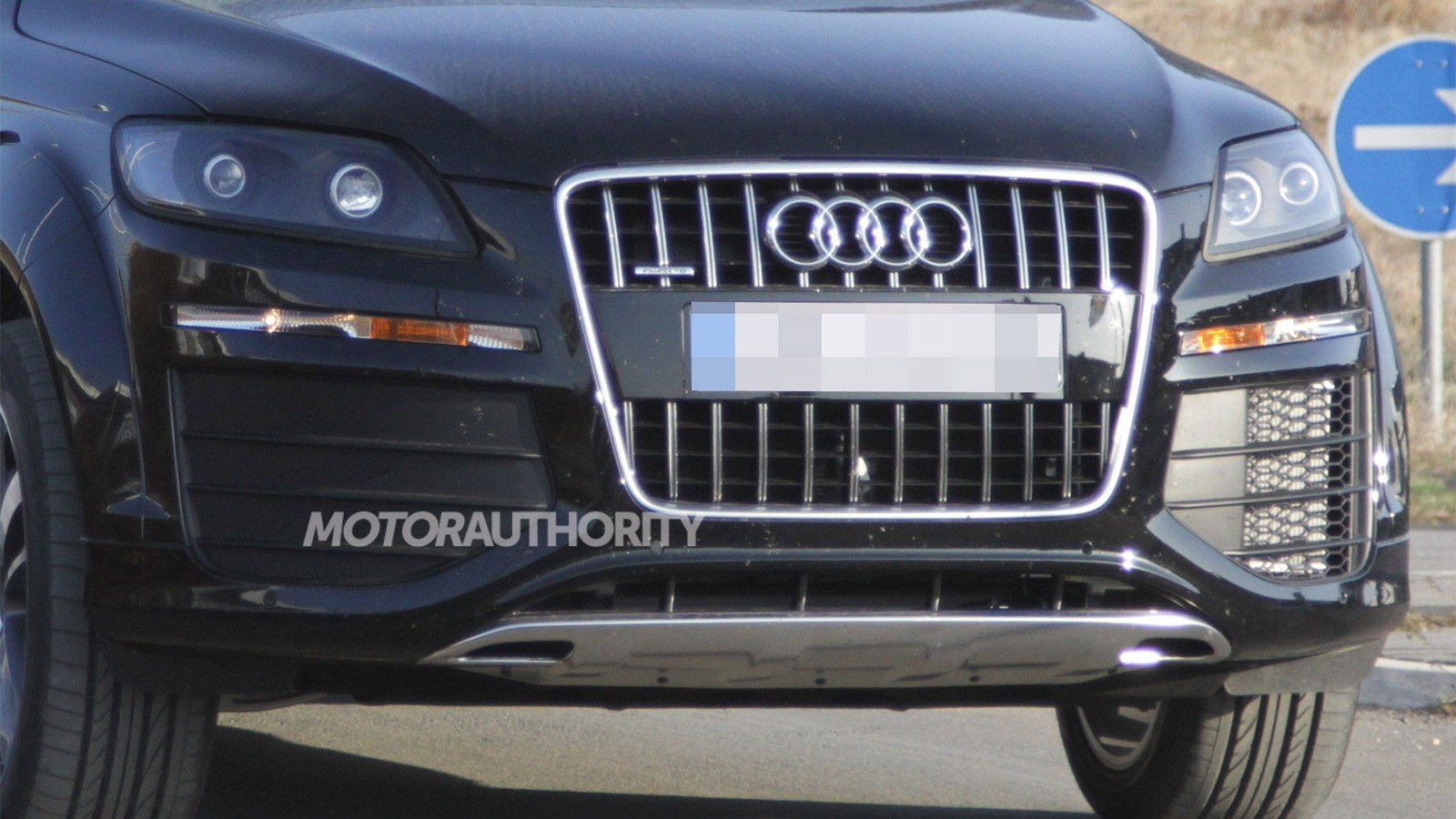 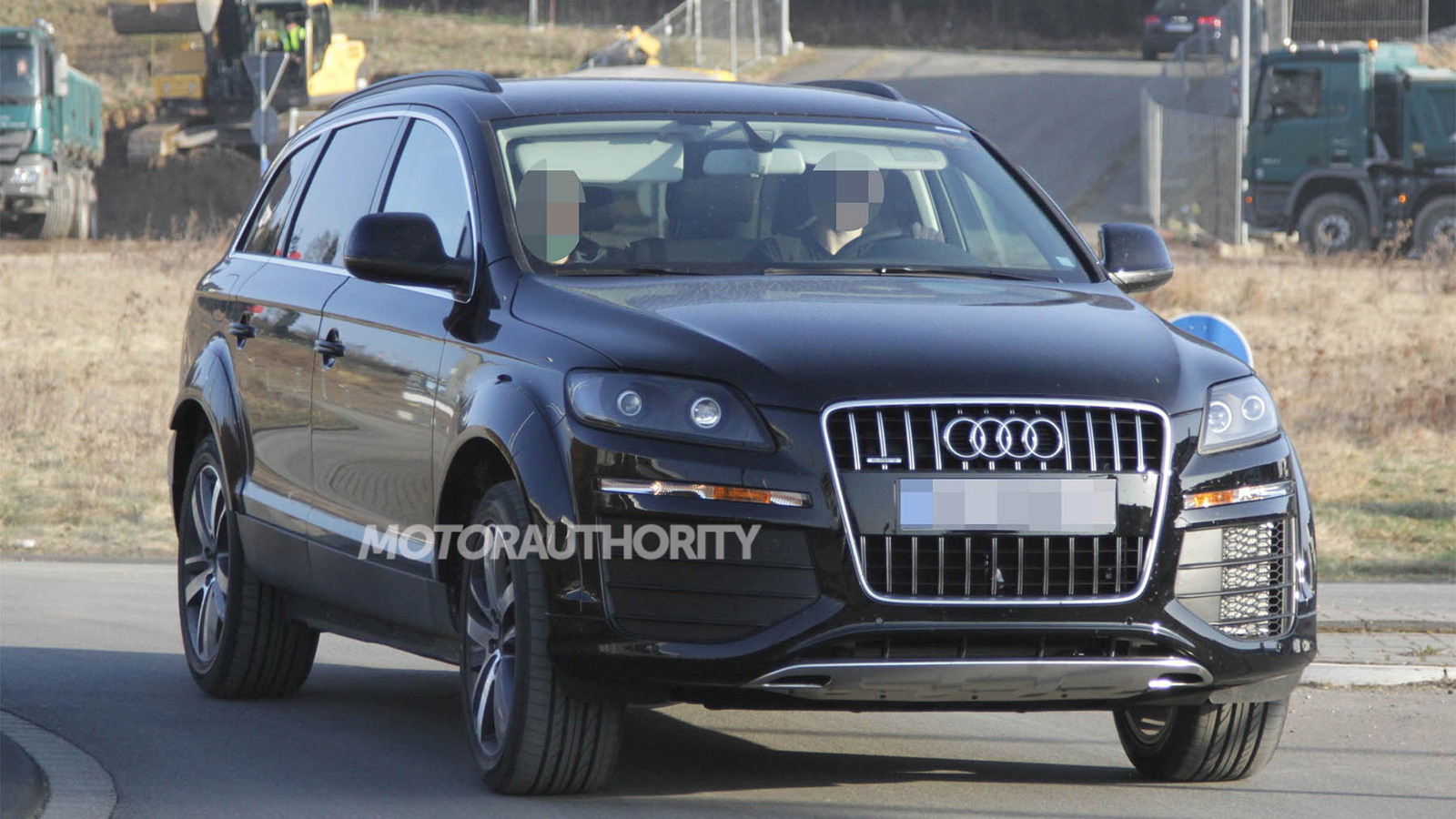 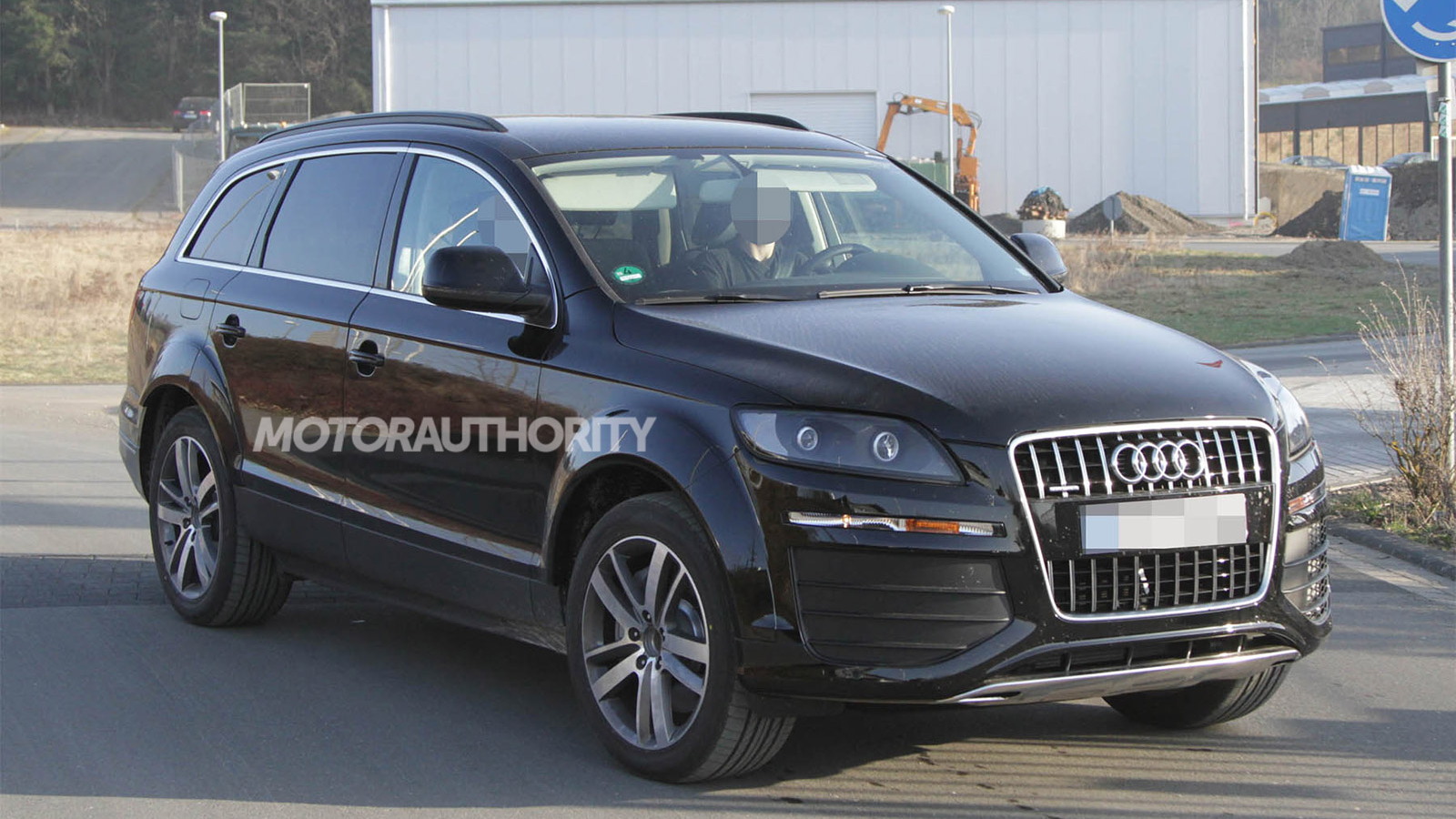 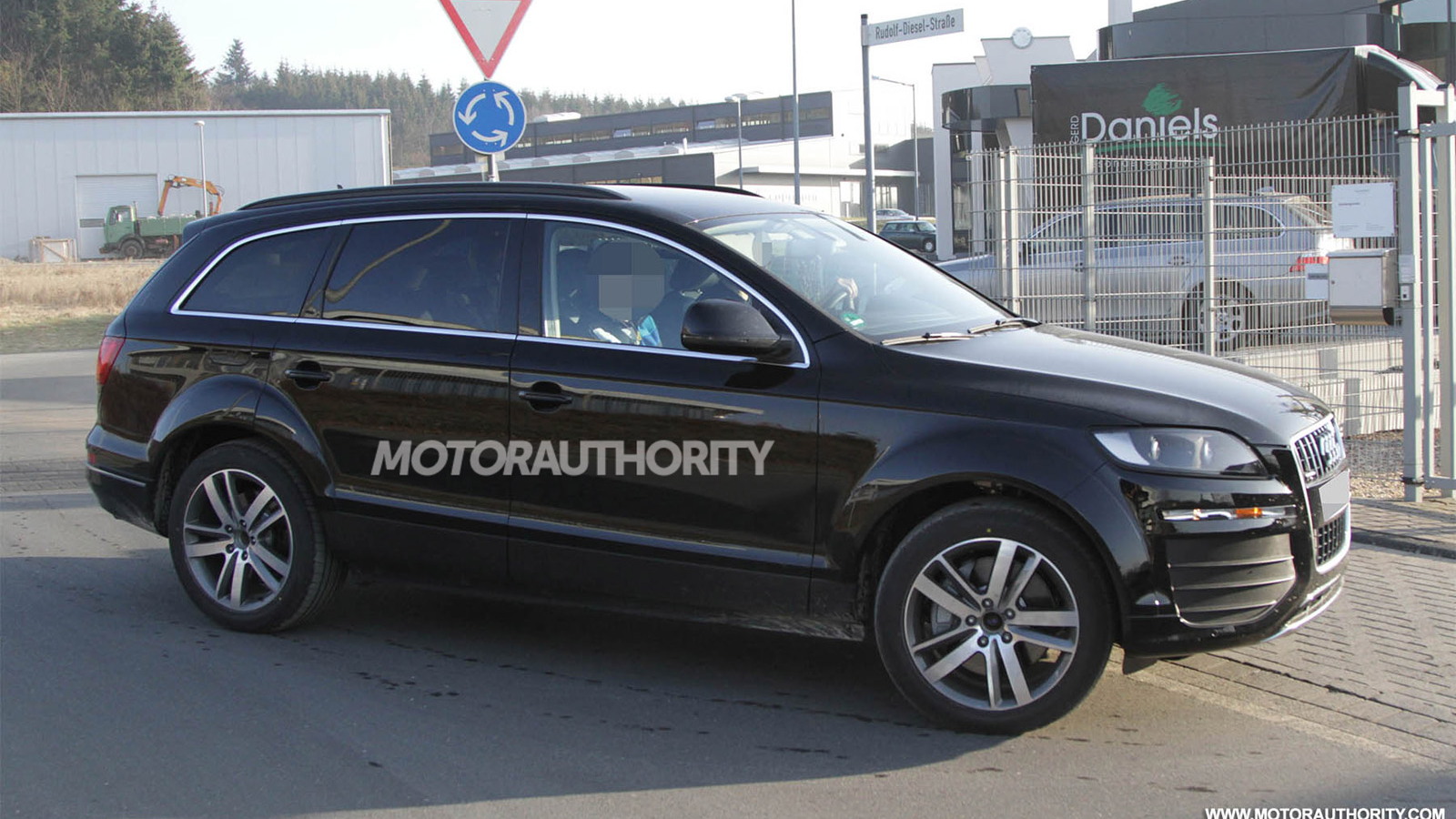 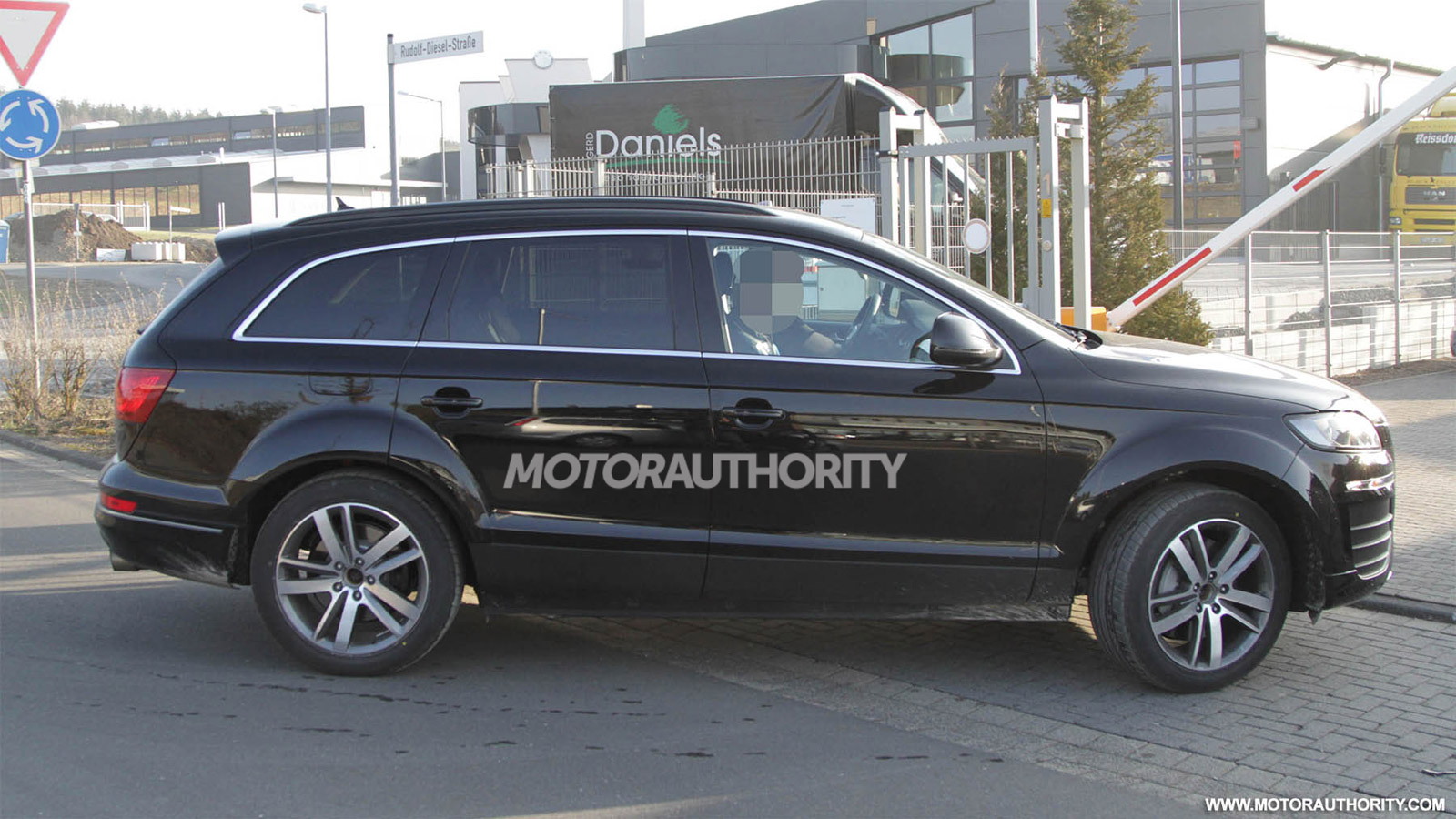 7
photos
Audi engineers are hard at work developing the next-generation of the Q7 SUV, which is expected to be revealed towards the end of this year before going on sale early next.

We’ve already spotted test mules for the next Q7, where the mechanicals of the new vehicle were hidden beneath the sheet metal of the current model.

Those test mules revealed some vital clues, namely, that the next Q7 will be slightly wider than the current model and its front axle pushed further forward.

Unfortunately, we don’t know much about the vehicle’s styling, although we know that Audi’s Crosslane concept gives hints at the rugged new look Audi’s future ‘Q’ models will be adopting. Key elements will be an aggressive, single-frame grille, and slit-like headlights.

The Crosslane concept also provides hints about the next Q7’s construction. The vehicle is expected to be much lighter than the current model.

The weight savings will be brought about by the liberal use of lightweight materials in the vehicle’s construction. Audi was originally expected to employ a mix of steel and aluminum for its new Q7, but the all-aluminum construction of the latest Range Rover from Land Rover has reportedly got Audi engineers looking at even lighter stuff.

CAR reports that Audi may also add some carbon fiber to the next Q7, helping to shed as much as 770 pounds from the current model’s 5,000-pound curb weight. The information was revealed by none other than Audi’s incoming R&D chief Wolfgang Dürheimer, who said the company’s new multi-material construction technique, first previewed in the Crosslane concept, could combine steel with aluminum and composites such as carbon fiber.

The biggest hurdle is adopting the expensive, and somewhat time-consuming, process of producing carbon fiber materials for a high volume model.