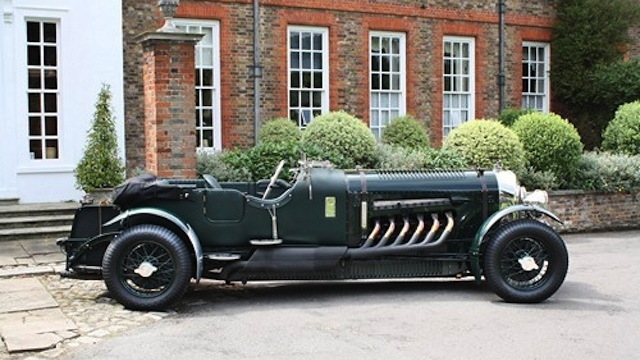 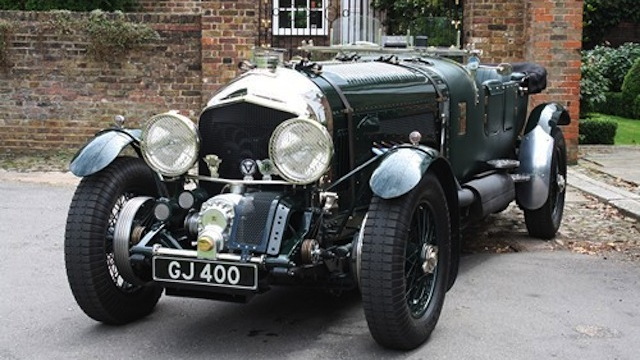 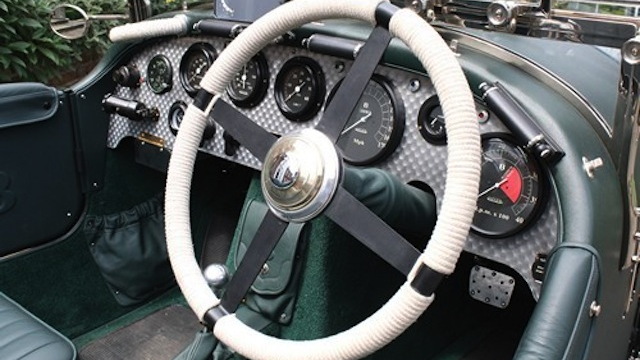 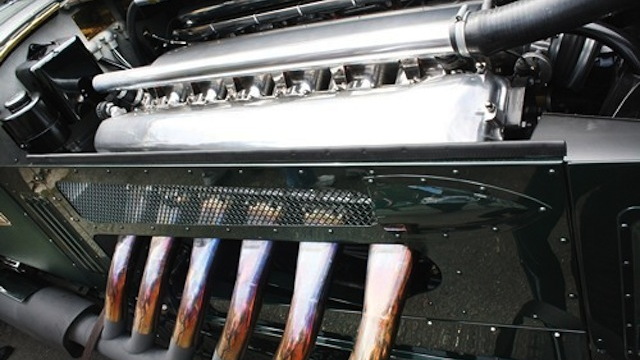 4
photos
In the last season of Top Gear, Jeremy Clarkson relived the Battle of Britain by once again pitting the Germans against the British. This time, it would be contested on a runway, between a German car powered by a Heinkel He 111 bomber engine (the Brutus) and a British car powered by a Rolls-Royce V-12 from a Spitfire fighter (the Bentley Meteor).

While Bentley never actually built a car like the Meteor, they should have. Powered by a 27-liter V-12 engine that makes some 850 horsepower, the 19-foot long behemoth is theoretically capable of reaching 160 miles per hour, though no one with an ounce of sanity would attempt to verify that claim.

As The Daily Mail explains, the car was hand-built for a client by Bob Petersen Engineering. The chassis comes from a 1930 Rolls-Royce Phantom II, while the coachwork was designed to give the feel of a pre-war Bentley. Since the Spitfire V-12 is a thirsty beast, delivering just three mpg, the Meteor is fitted with a 400-liter (105 gallon) fuel tank.

Though the look is vintage, the car is equipped with power steering and disc brakes in the interests of safety. Since its current owner is now looking for a new and unusual automotive project, the car is being offered for sale through U.K. specialty automotive reseller Coys.

In the interest of discretion, Coys never discusses pricing publicly, though a representative of the firm admitted that offers for the car would need to top £500,000 ($798,650). That’s a bit much for our bank account to handle, and we’re fairly certain the Meteor wouldn’t fit in our garage. If you’re interested, Coys’ sales department would love to hear from you.