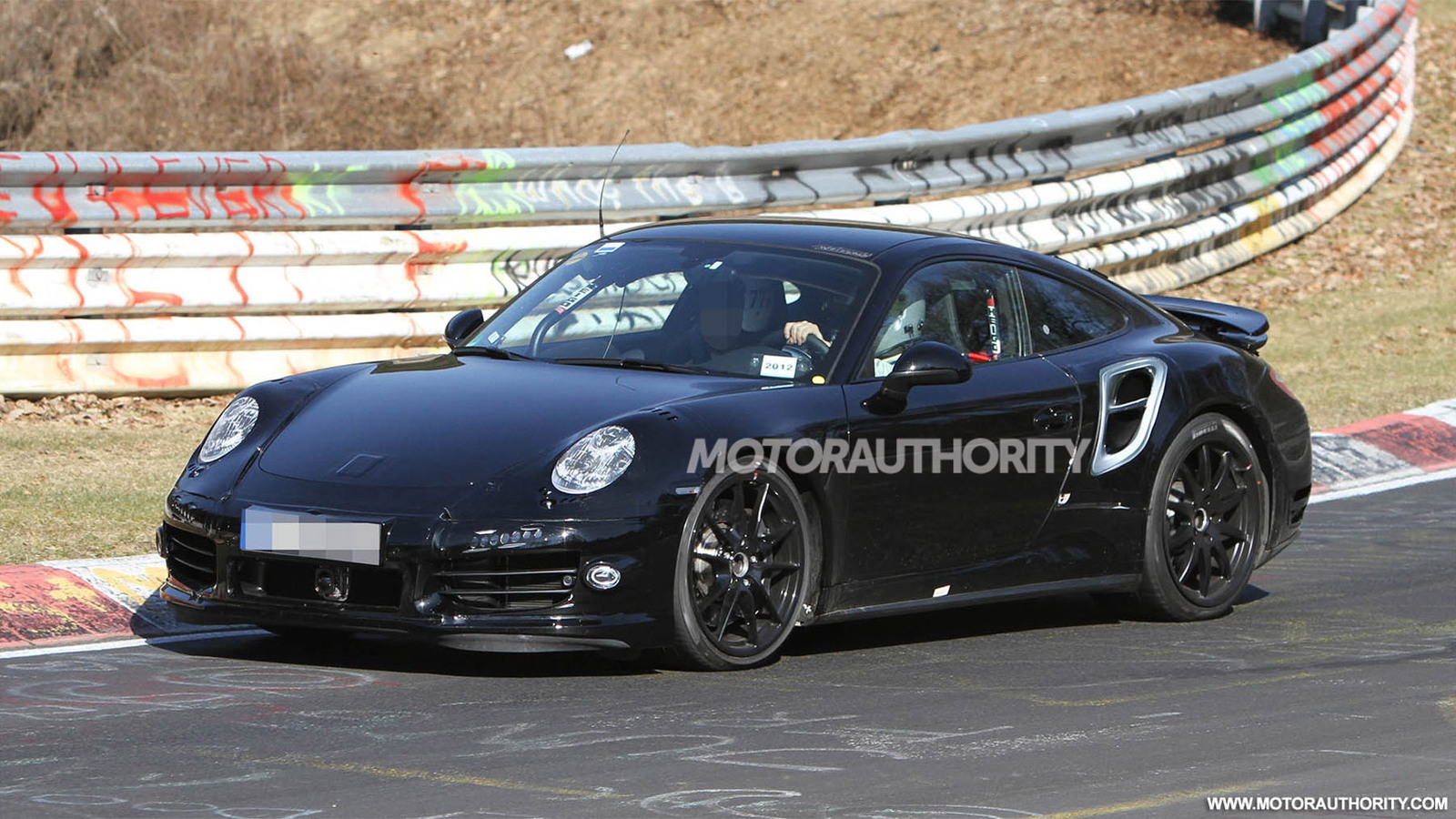 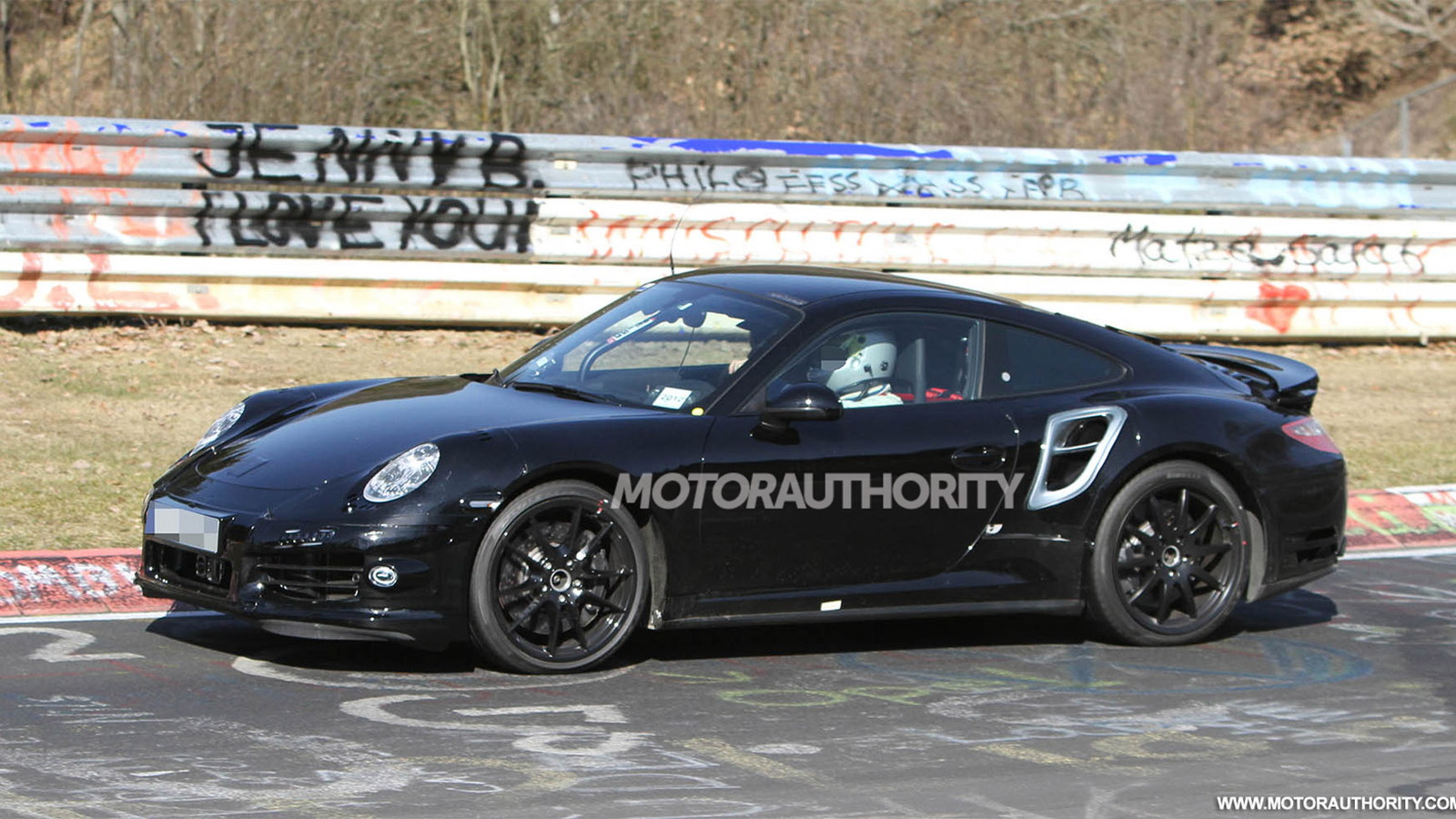 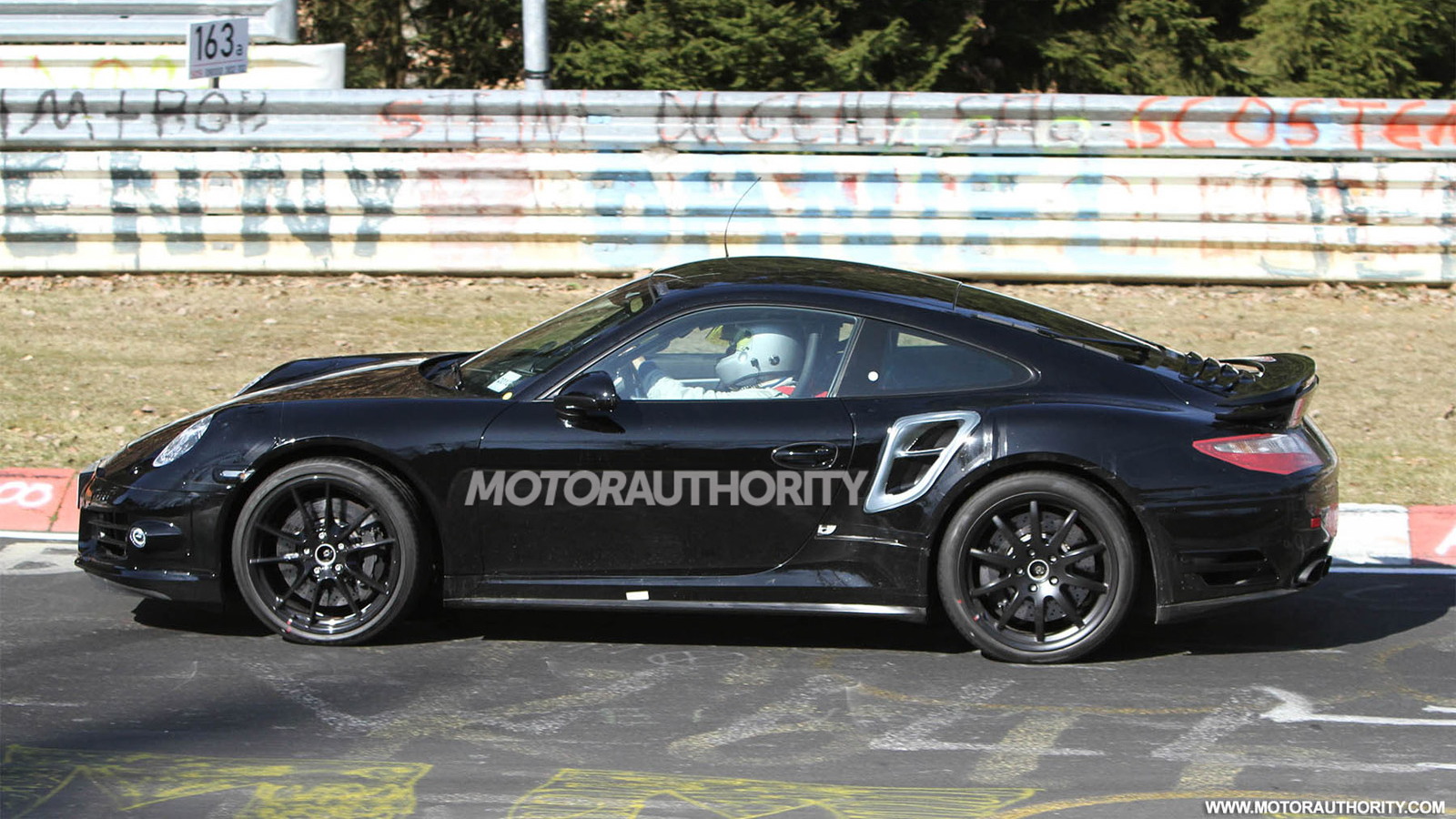 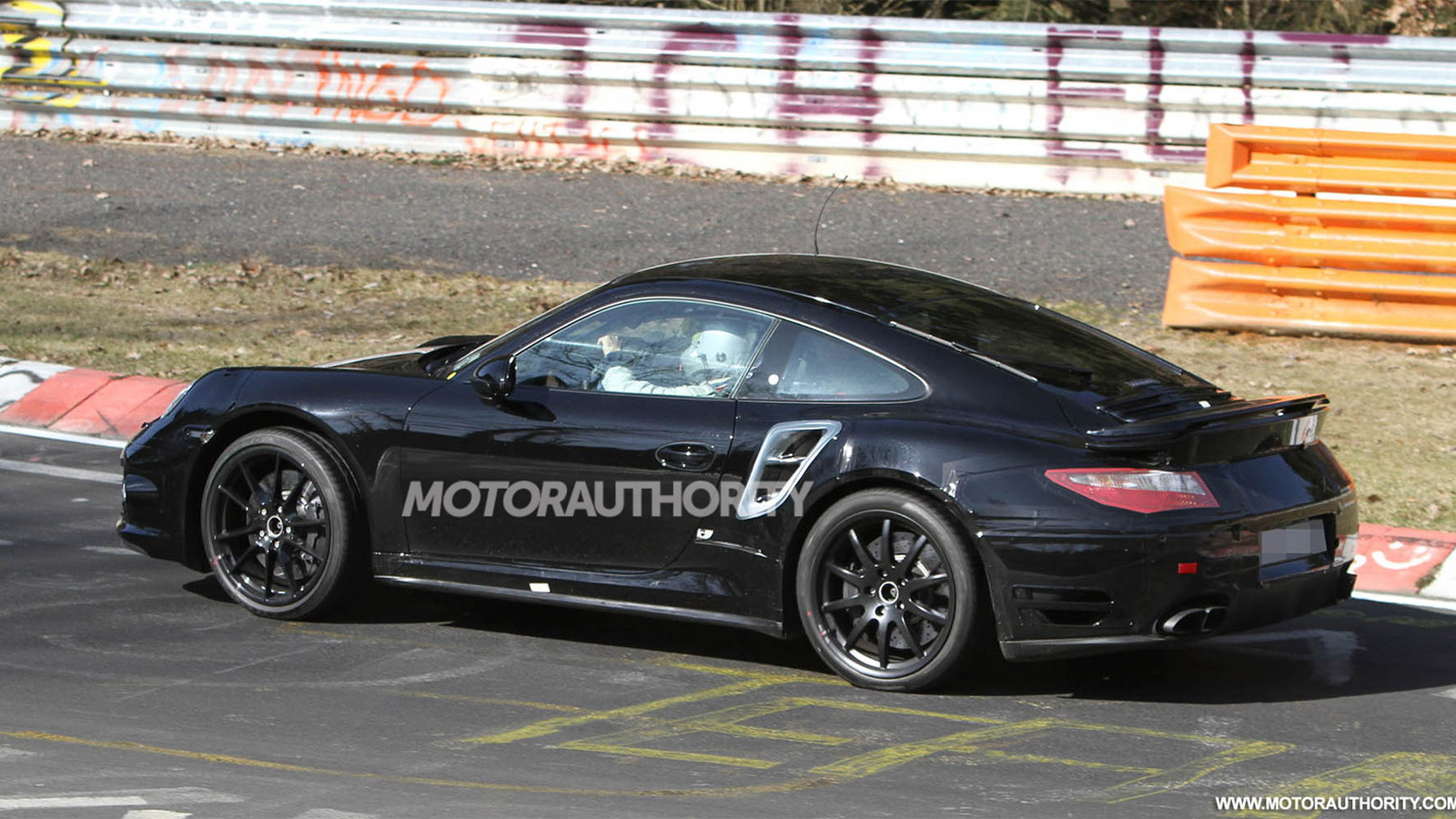 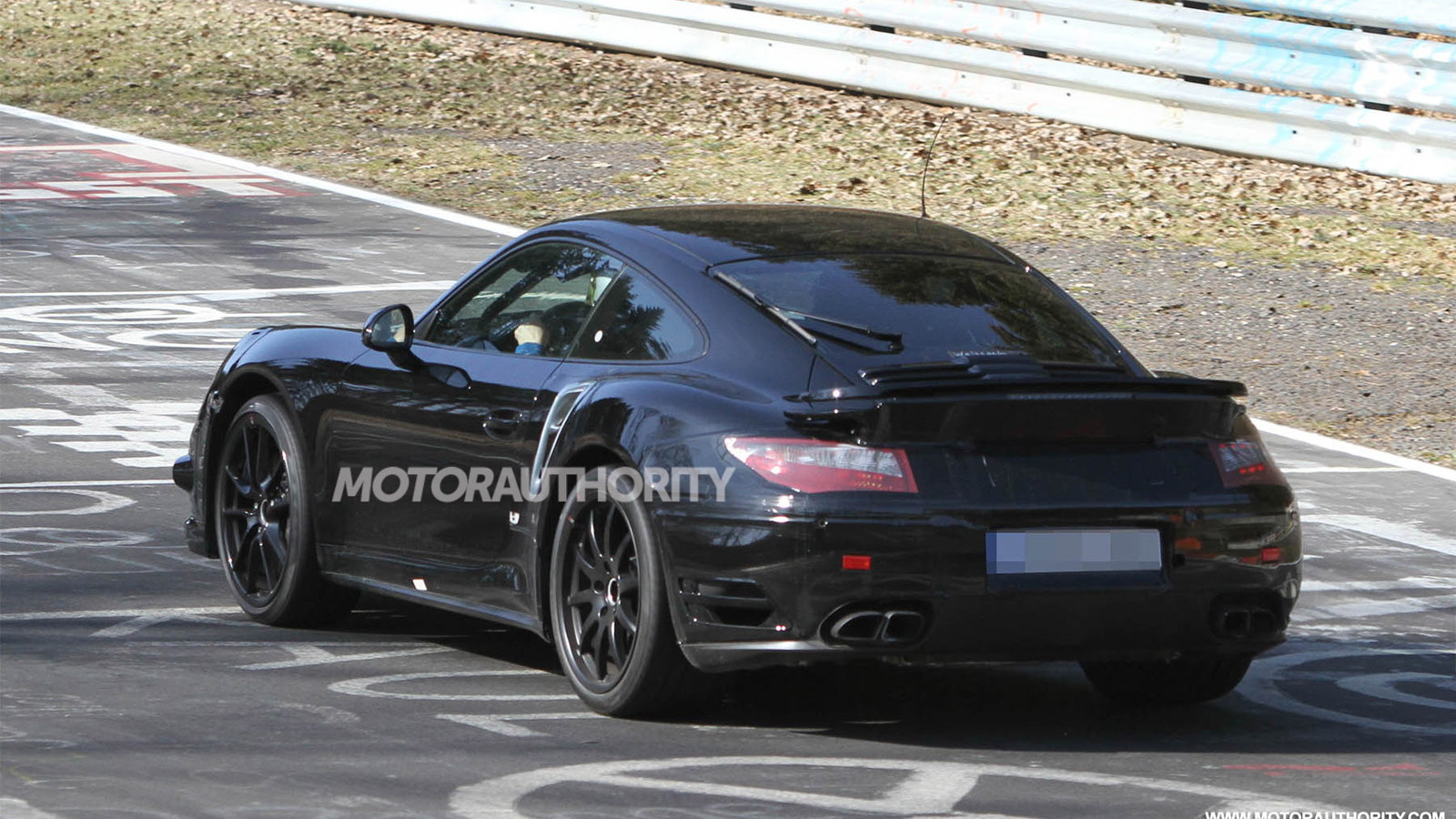 8
photos
If Germany’s Autobild is correct, the new Porsche 911 Turbo will make its auto show debut in the fall of 2013, hitting the market (likely in Europe first) in the spring of 2014. As expected, it will benefit from all-wheel-drive and more horsepower (530 hp, versus 500 hp), but it will also add four-wheel-steering to its (already impressive) resume.

As the name implies, four-wheel-steering (also known as all-wheel-steering) improves handling at high speed while (generally) decreasing the turning radius at low speeds. Rear-steering systems can either be passive, generally tuned via bushings to correct rear-wheel toe-out, or active.

While this sounds innovative, four-wheel-steering has been around for a long time. As Wikipedia points out, the 1937 Mercedes-Benz Type G 5 used an active rear-wheel steering system (without the aid of computers), as did the 1987 Honda Prelude and the 1991 Honda Accord.

We’ve always been impressed by the 911 Turbo’s handling prowess (as well as it’s fighter-aircraft-like acceleration), so we can’t wait to experience the difference between the 997 variant and the upcoming 991 variant. We still have a year to wait, but look for images of the new Porsche 911 Carrera 4 later this month as part of our complete Paris Auto Show coverage.