Following its key role in the popular television series Mad Men, where the brand was picked as the hard-to-acquire client of a fictional ad agency in New York during the 1960s, Jaguar has been thrust into the limelight, so far without even lifting a finger. At the recent Pebble Beach Concours d’Elegance, Jaguar continued the theme touched at in the television series by hosting an extravagant party that included a Playboy bunny or two.

Now the brand is expanding its celebrity/Playboy status by signing up with singer Lana Del Rey to help promote its 2014 F-Type sports car, which will be making its official world debut at the 2012 Paris Auto Show next month before going on sale next year.

According to Jaguar’s global brand director, Adrian Hallmark, the decision to go with Del Rey was due to the unique mix of past and present imagery in the singer’s work, something Jaguar is keen to evoke with the F-Type, which itself features modern technology packed into a body whose silhouette has been inspired by classics like the legendary E-Type and the D-Type before it.

“The allure of Jaguar is in large part due to its duality--a unique blend of authenticity and modernity, two values that we believe are shared with Lana in her professional achievements,” Hallmark explains.

Additionally, Del Rey also appeals to a much younger demographic than your typical Jaguar customer, so there’s also the benefit of attracting a new type of customer to the brand--something almost all luxury automakers are pining for.

It’s not yet clear how the singer will help promote the F-Type, though the similar tie-up between Jaguar sister brand Land Rover and singer Victoria Beckham may provide some clues. Beckham appeared at a number of events surrounding the launch of Land Rover’s Range Rover Evoque and even got her very own special edition. 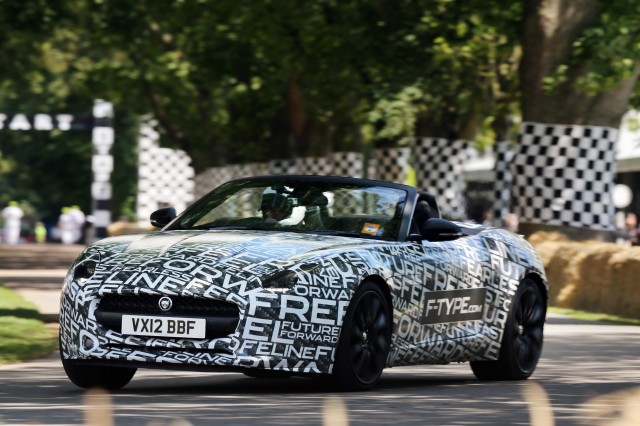 Jaguar F-Type at the Goodwood Festival of Speed