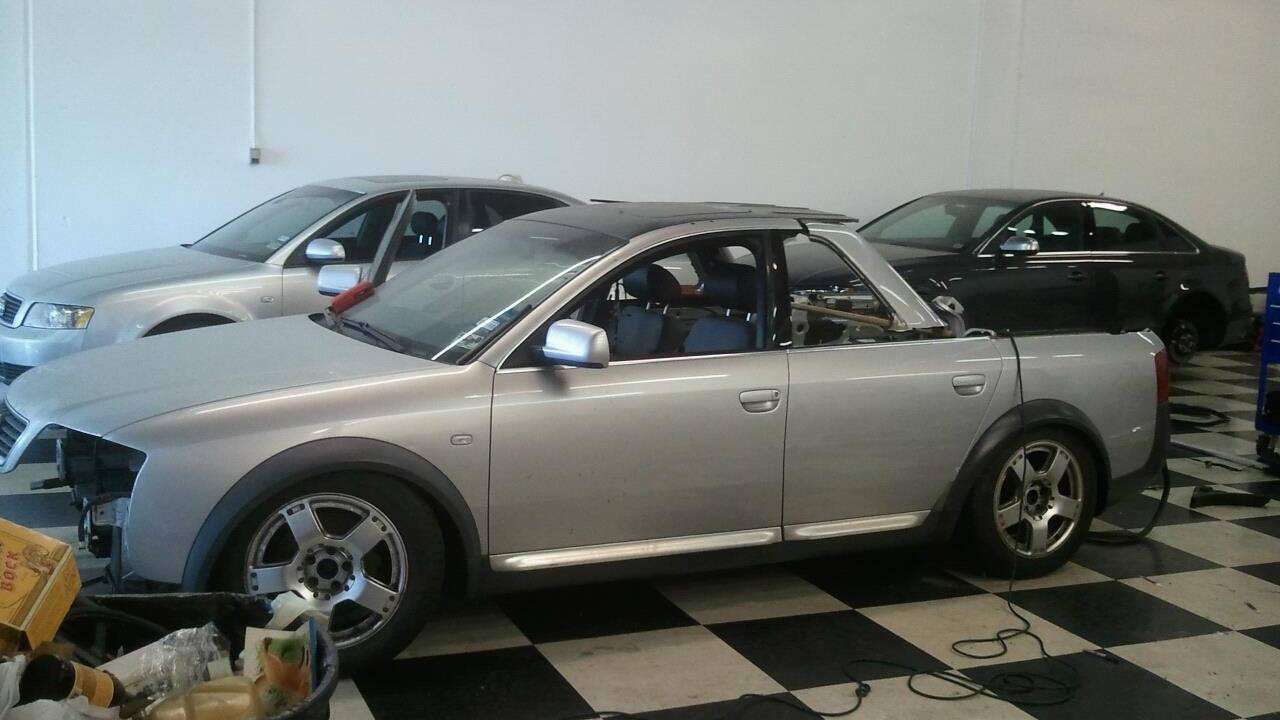 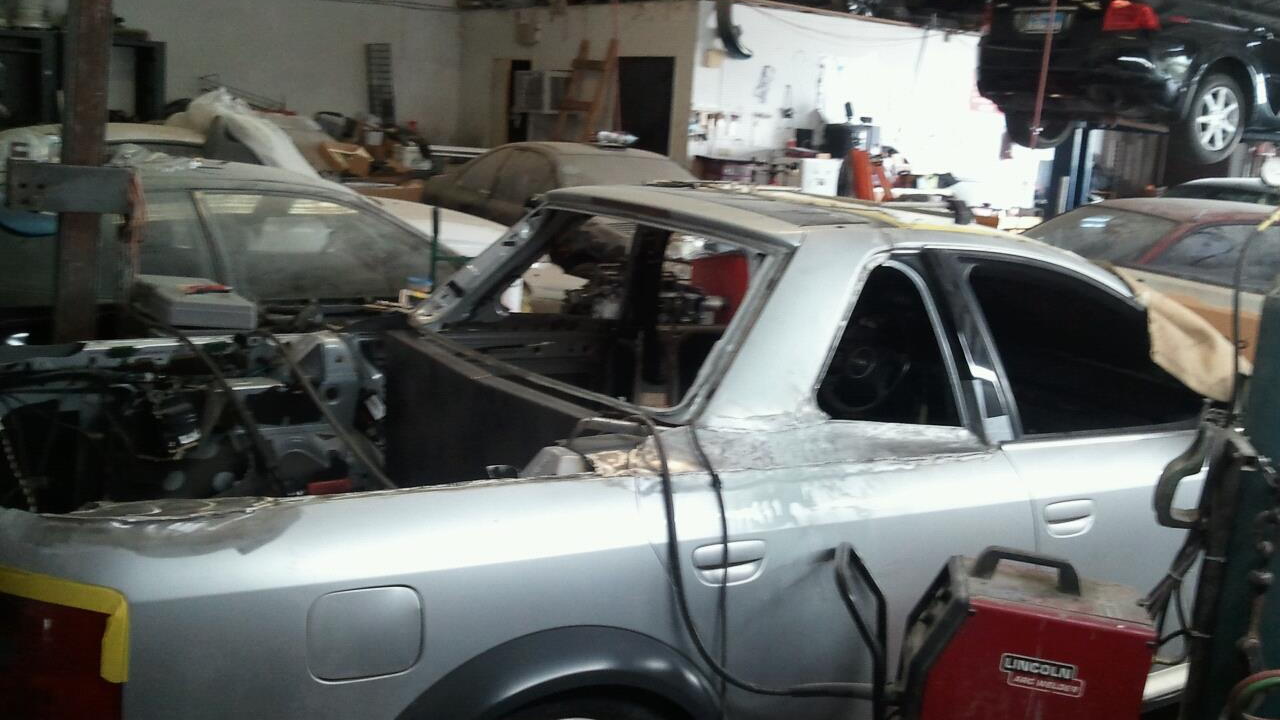 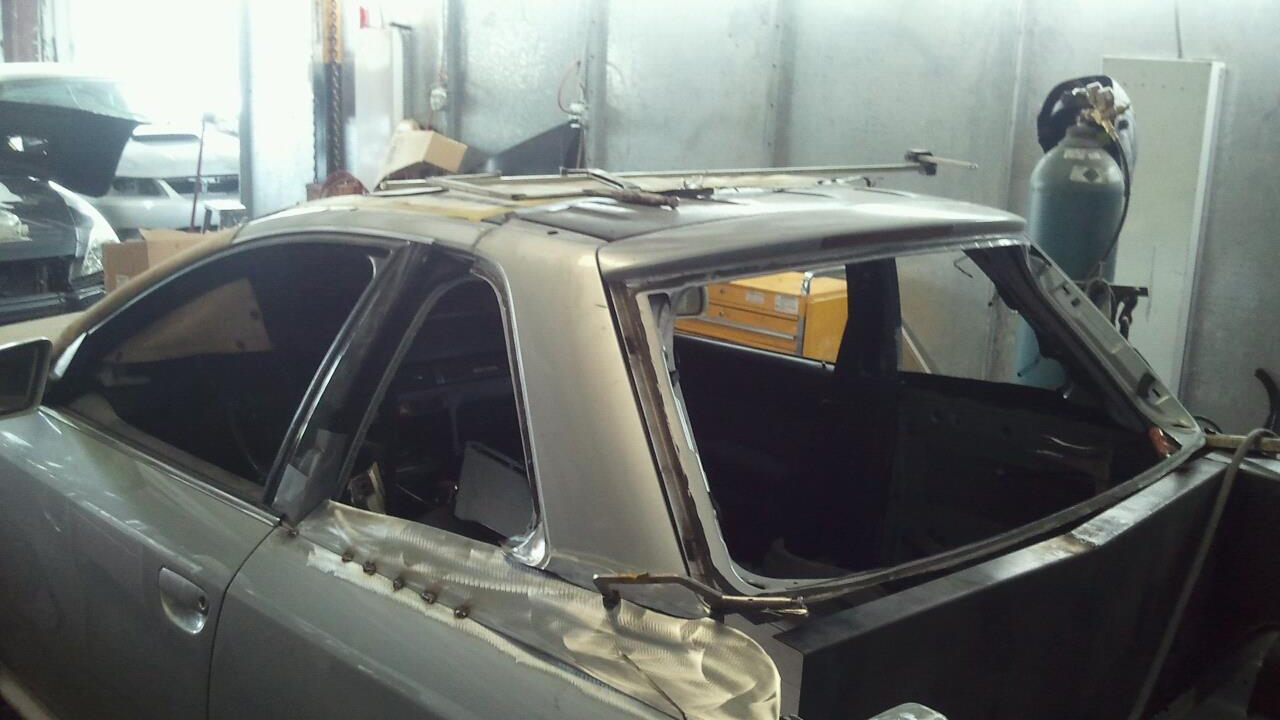 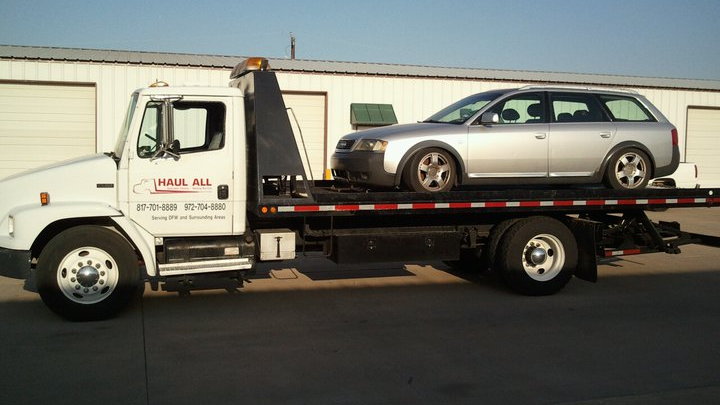 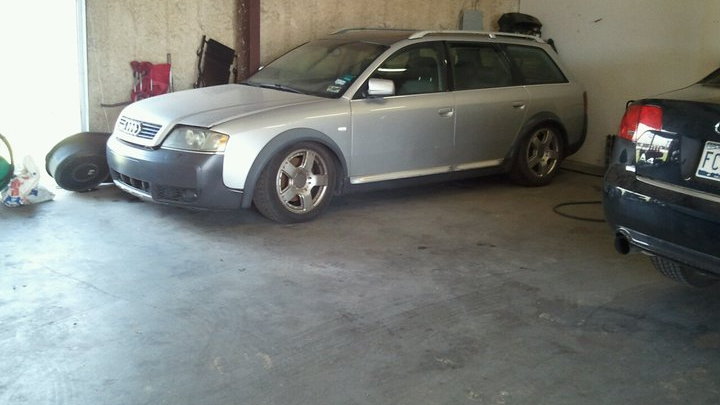 13
photos
The idea of turning a car, wagon, or other non-pickup vehicle into a truck of some sort isn't a new one, but it never ceases to amaze when done properly. This project, turning an Audi A6 Allroad into a shop truck, looks to be off to a good start.

The Alltruck, as we'll call it, began construction in March, and Stephen Zink, owner of Zink's Garage in Dallas, and the project leader, says it will probably be done this time next year. It could be done sooner, but Zink needs more funds to move the project along--he's hoping for sponsorships and donations to help push it forward.

As for the project itself, you might be wondering why someone would want to turn a perfectly functional A6 Allroad into a truck in the first place. Well, to start, the Allroad wasn't perfectly functional--Zink bought the car last year for $1,000 with a broken timing chain, with the intent to rebuild the engine and use it as a shop wagon. But then he discovered the transmission was shot, too.

After sitting in the corner of the shop for a year with the engine pulled, Zink got his hands on a 2005 six-speed Allroad and thought he'd turn the previously-purchased, broken Allroad into a trailer for it. Instead, he decided to build it into a truck. Why? Why not?

The first step into Alltruck land was cutting most of the roof off the car. Then it was over to a nearby body shop for some new metal to give the Alltruck a cab. There's still a long way to go, but Zink has other plans for the Alltruck as well, including "Frankenturbo K04's, Cayenne brakes, and bigger sway bars." We like the sound of that.

Most of the work is being done in-house by Zink and his tech crew, though paint and bodywork will be outsourced.

When we asked Zink if he had plans to make Alltrucks a new hobby/profession, even though this is his first custom vehicle attempt, he replied, "This truck will probably be the only one I plan on taking because the next project car is a 4.2 twin turbo/quattro Corrado." We like the sound of that even better.