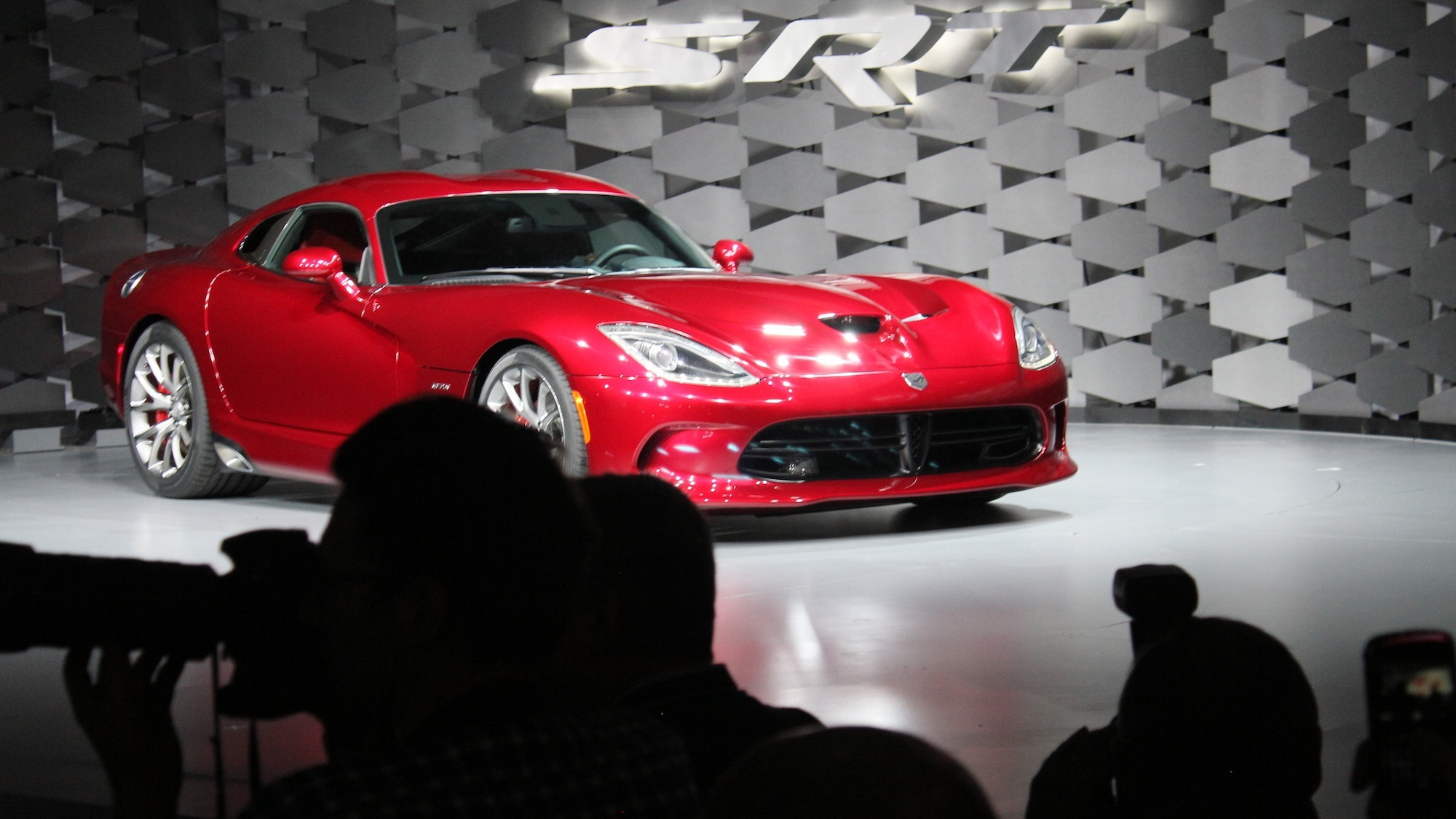 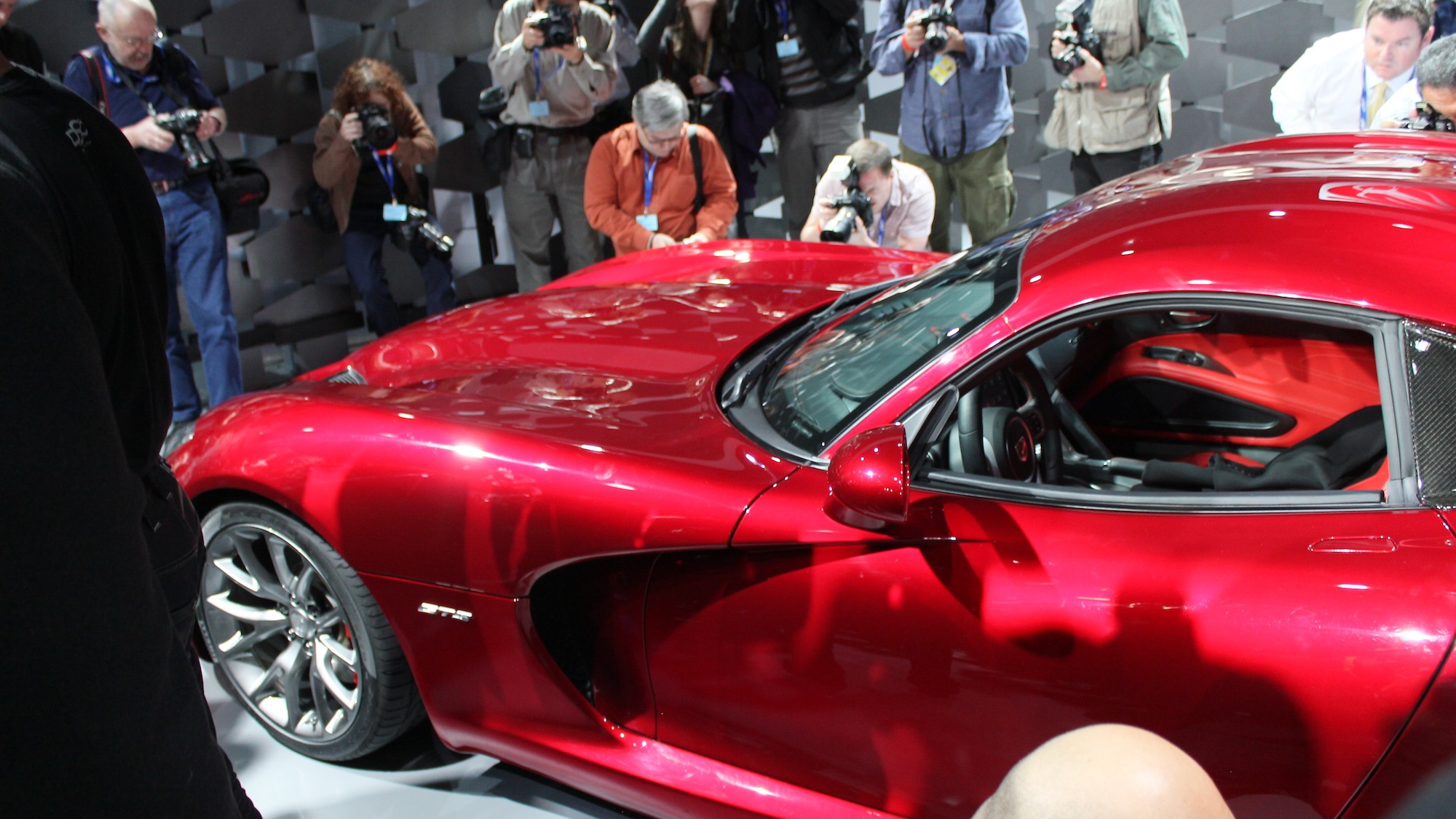 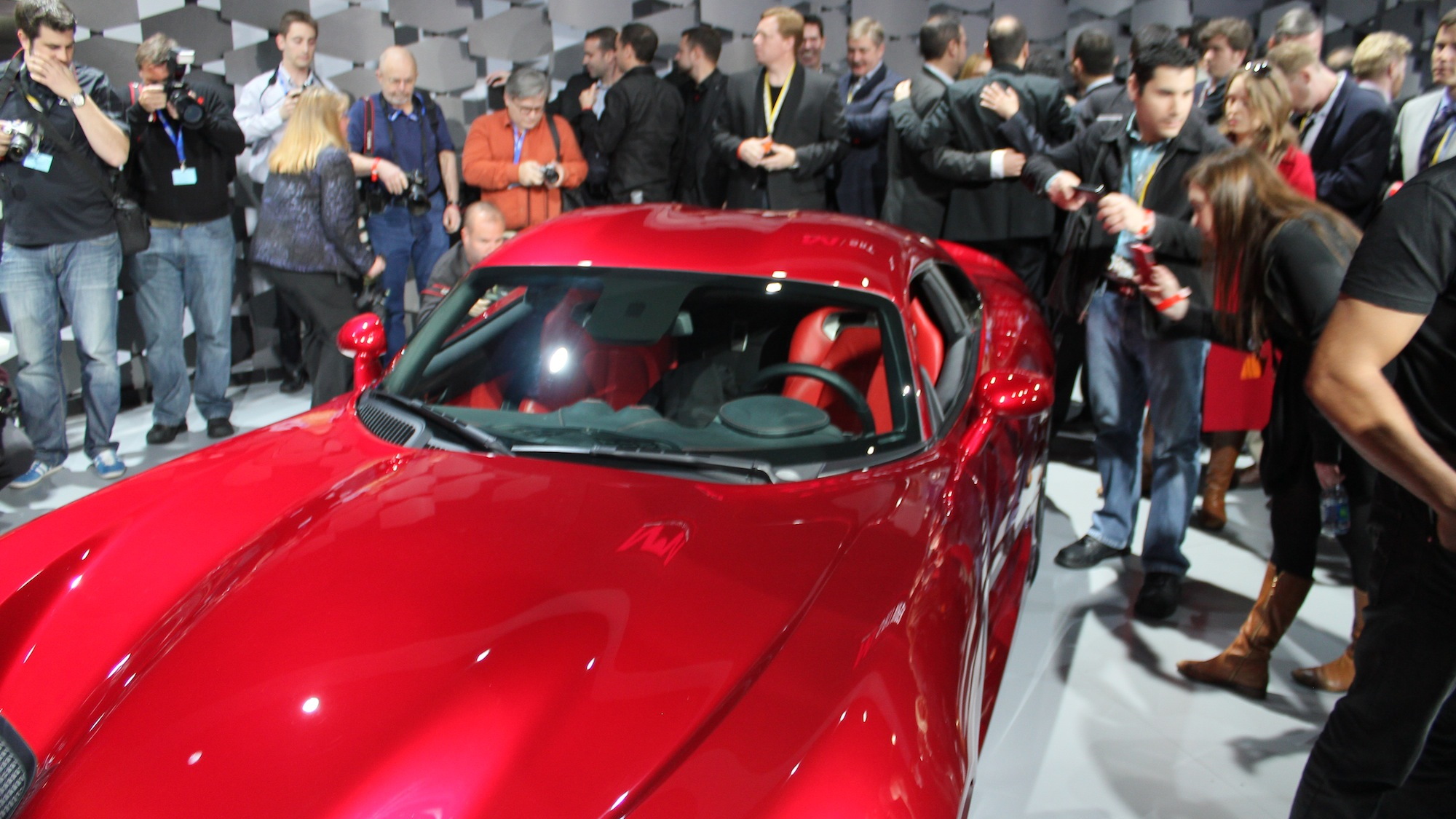 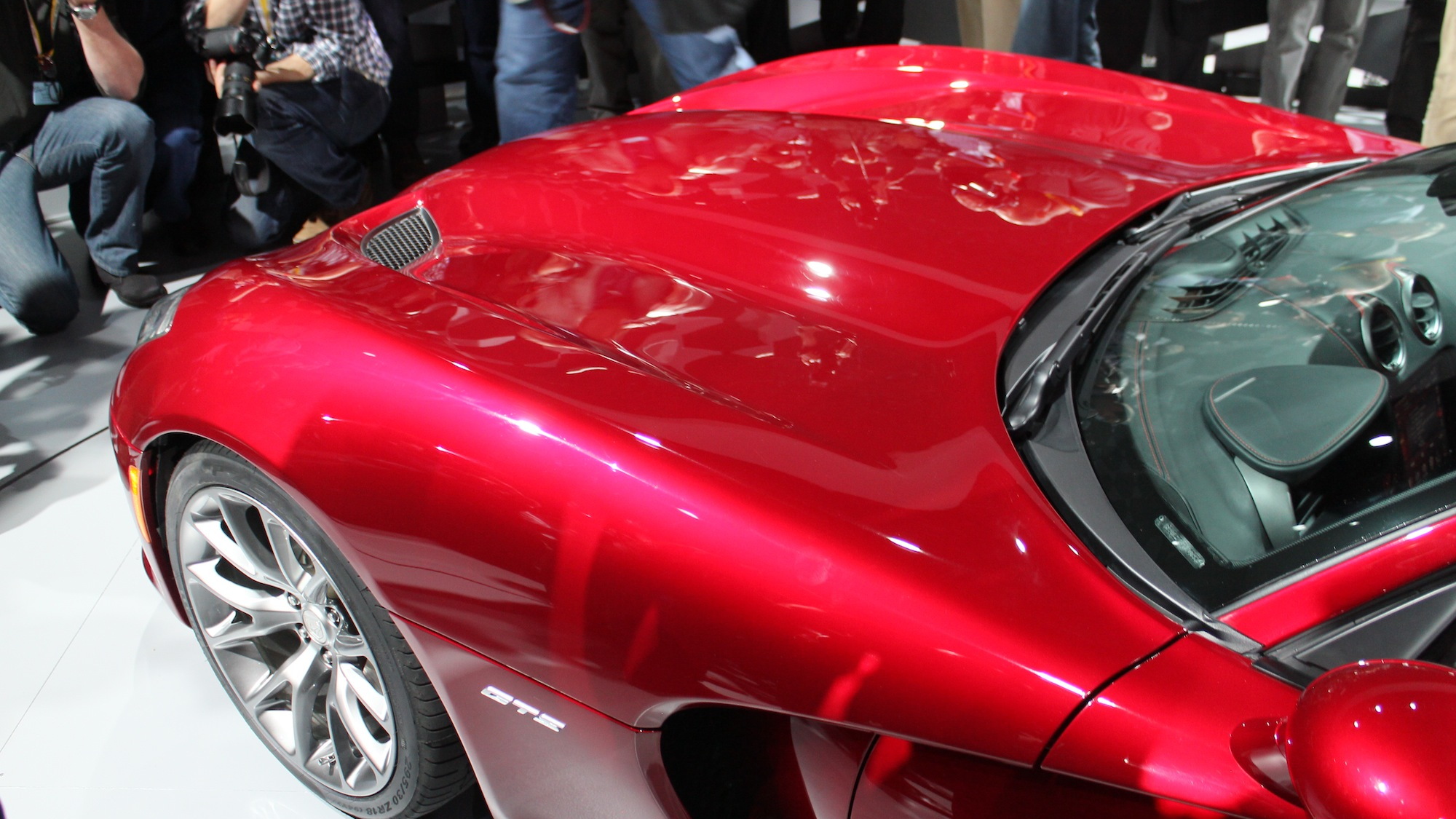 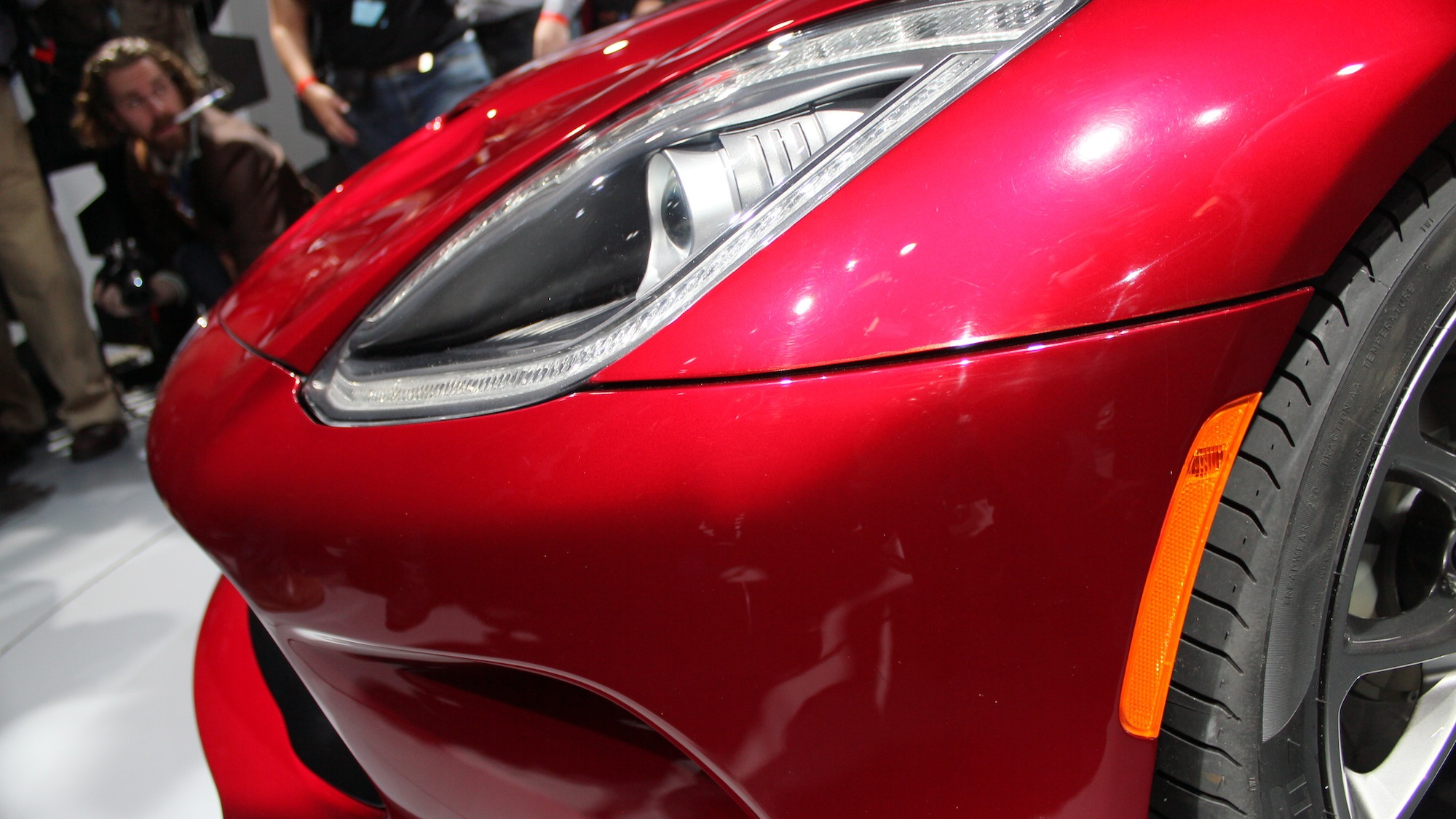 12
photos
The wait is finally over. After a series of not-quite-the-real-thing leaks, including Hot Wheels cars, video game footage, and SRT's own teasers, we have just seen the 2013 SRT Viper in person at the 2012 New York Auto Show. This is it.

There's not much and everything to say about the new Viper. It has cues that evoke thoughts and feelings about the first Viper, with smoother surfaces, similar lines, and some of the bulbous awkwardness, too. But at the same time, it has the size, the low-slung ferocity, and the don't tread on me stance that all Vipers have had, particularly the last generation, which ended in the 2010 model year.

Speaking at the release of the new Viper, SRT head Ralph Gilles said of the development process, "It's like being pregnant for almost 24 months."

Now, with an insane 640 horsepower rating from its 8.4-liter V-10 engine, the Viper builds on that history with an all-new theme: adding in luxury, comfort, and control. Some of that control is mandated, some of it is voluntary. We just wonder if, all together, it will be as impressive as the last when it's loosed on the track. With custom Pirelli tires measuring 295/355 mm with unique compounds front-to-rear, it's likely to have good mechanical grip.

New features include launch control, four-stage stability control (which can be turned off), cruise control, two-mode adjustable suspension (via dash buttons, on GTS model), plus the "executive performance driver's office"--the new, higher-quality interior. Sabelt seats, the same supplier as Ferrari, give custom seats to the Viper, and a huge range of the interior's colors and materials are customizable to the buyer's preference.

The Dodge Dart instrument cluster was used here, but with customizations specific to the Viper.

For many cars, the track is a somewhat meaningless playground. For the Viper, and other super cars of its ilk, the track is the only place where they can really be themselves; many cars in this category can exceed the legal limit on the highway in first gear. Getting anywhere near their limits is simply not feasible on public roads. For the Viper, which has always been a niche car for a niche market, that's especially true.

We'll have all of the official details and information for you shortly, so stay tuned, and in the meantime, check out all of our ongoing live 2012 New York Auto Show coverage.