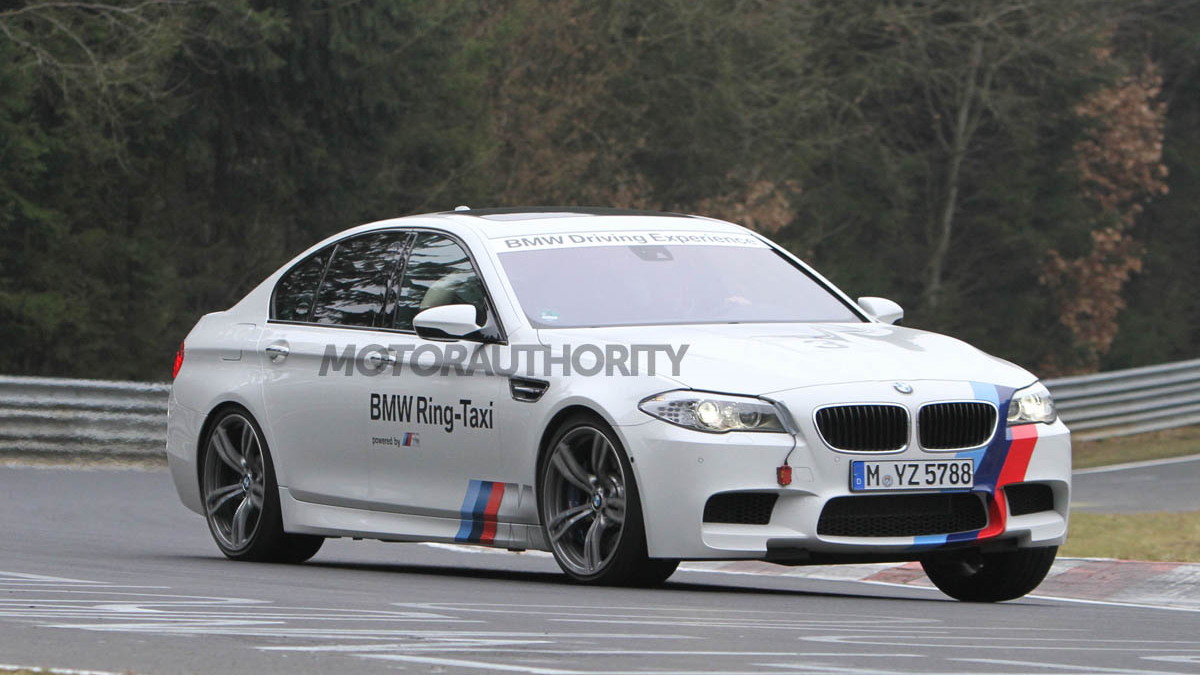 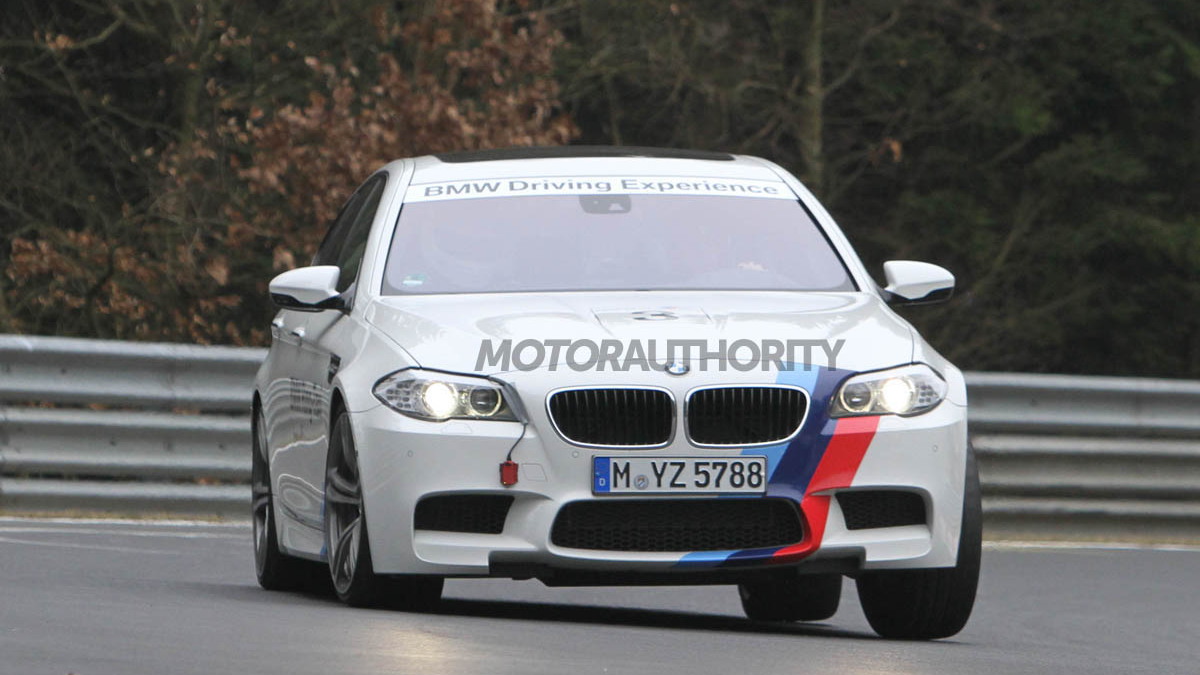 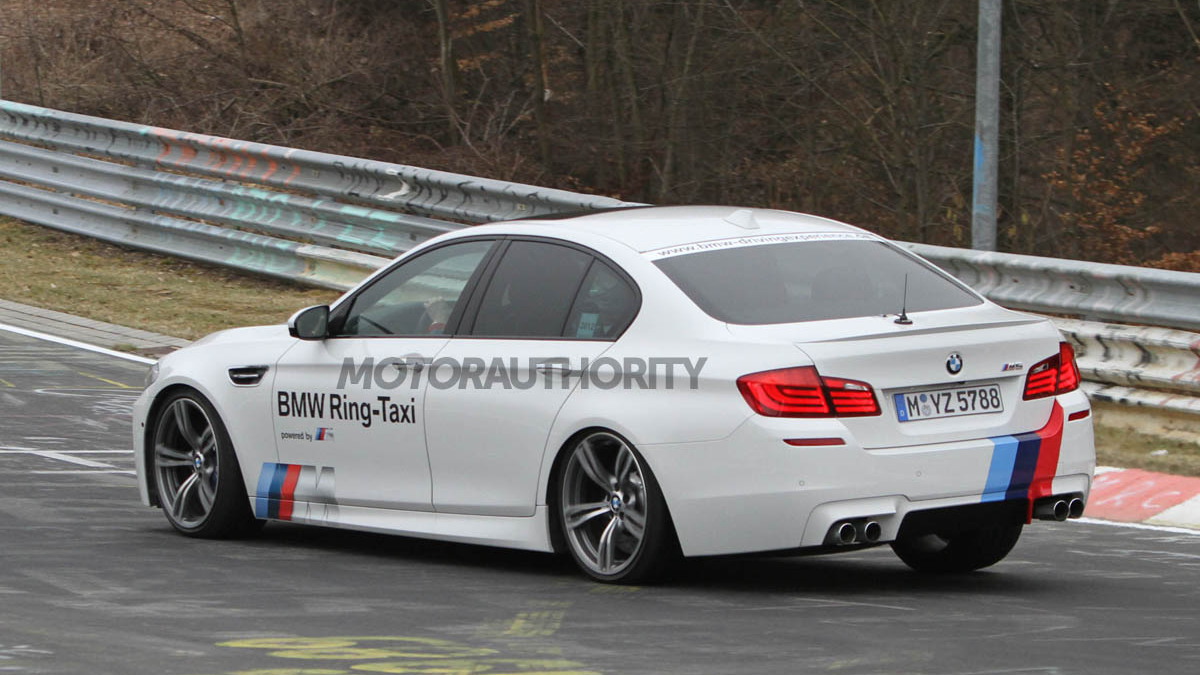 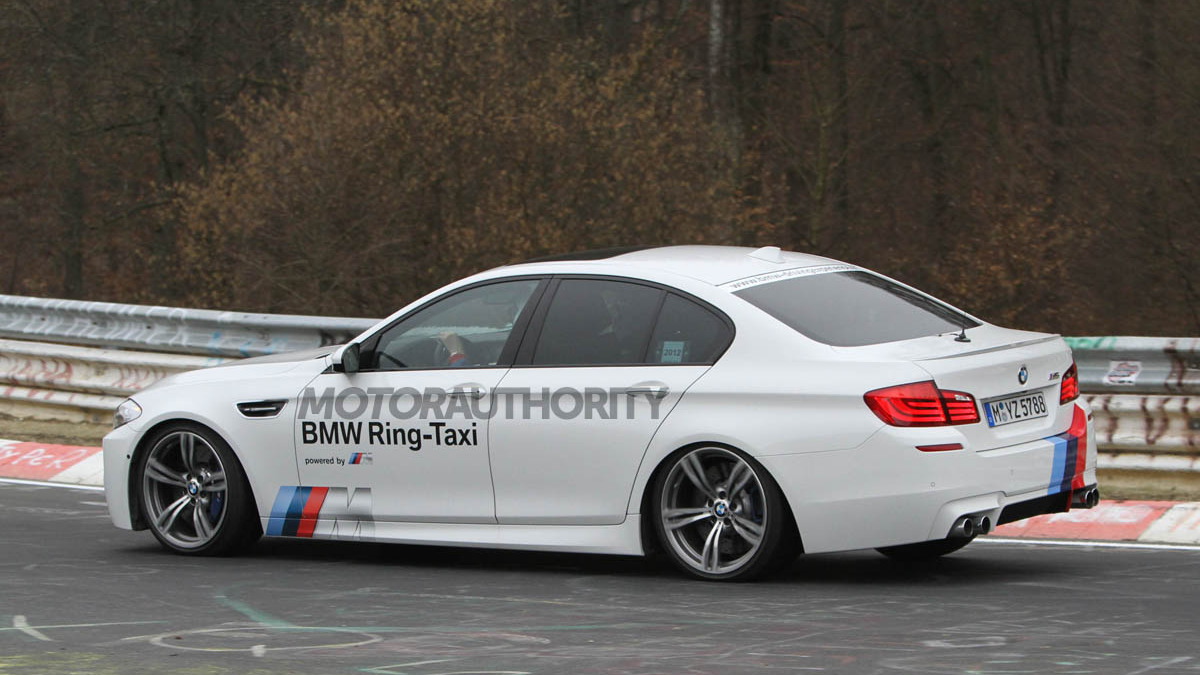 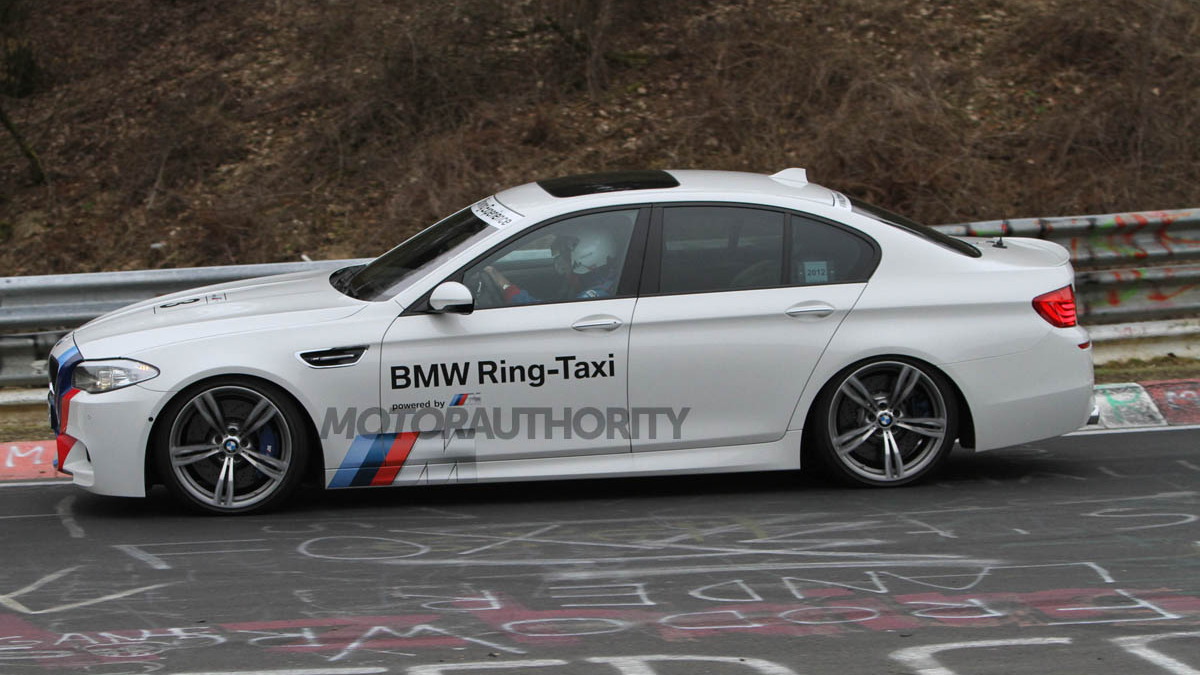 11
photos
The M5 Ring Taxi is back--or nearly, at any rate. It was replaced last year with an M3, as the M5 spent a year out of production during the transition to the new F10 chassis 5-Series. Photos from our spy photographers during testing at the Nurburgring show just how close the return really is.

Already decked out in full Ring Taxi regalia, with stickers, ///M stripes, and its traditional white paint job, the 2013 M5 looks well-suited to the task--and back-seat occupants are sure to appreciate the extra room compared to the current M3.

The new M5 Ring Taxi is due to enter service later this year. Current testing is believed to be targeted at establishing the proper setup and safety configuration for the F10 model, as it will face hard duty over the coming years, ferrying people around the 'Ring at ludicrous speed. And while you might think the expert pilots of the Ring taxi--surely hand-selected for the task--might not need to worry too much about crashing, it's the others on the 'Ring they're worried about.

So far, however, there's no word on Sabine Schmitz, the famed "Ring queen," returning to (part-time) duty as a Ring taxi driver. Given that she's essentially grown up on the Nordschleife, having turnedmore than 20,000 laps around the circuit, we're sure she'll show up at some point--whether officially or not.

For the full details on the road-going 2013 BMW M5, check out our preview article here.