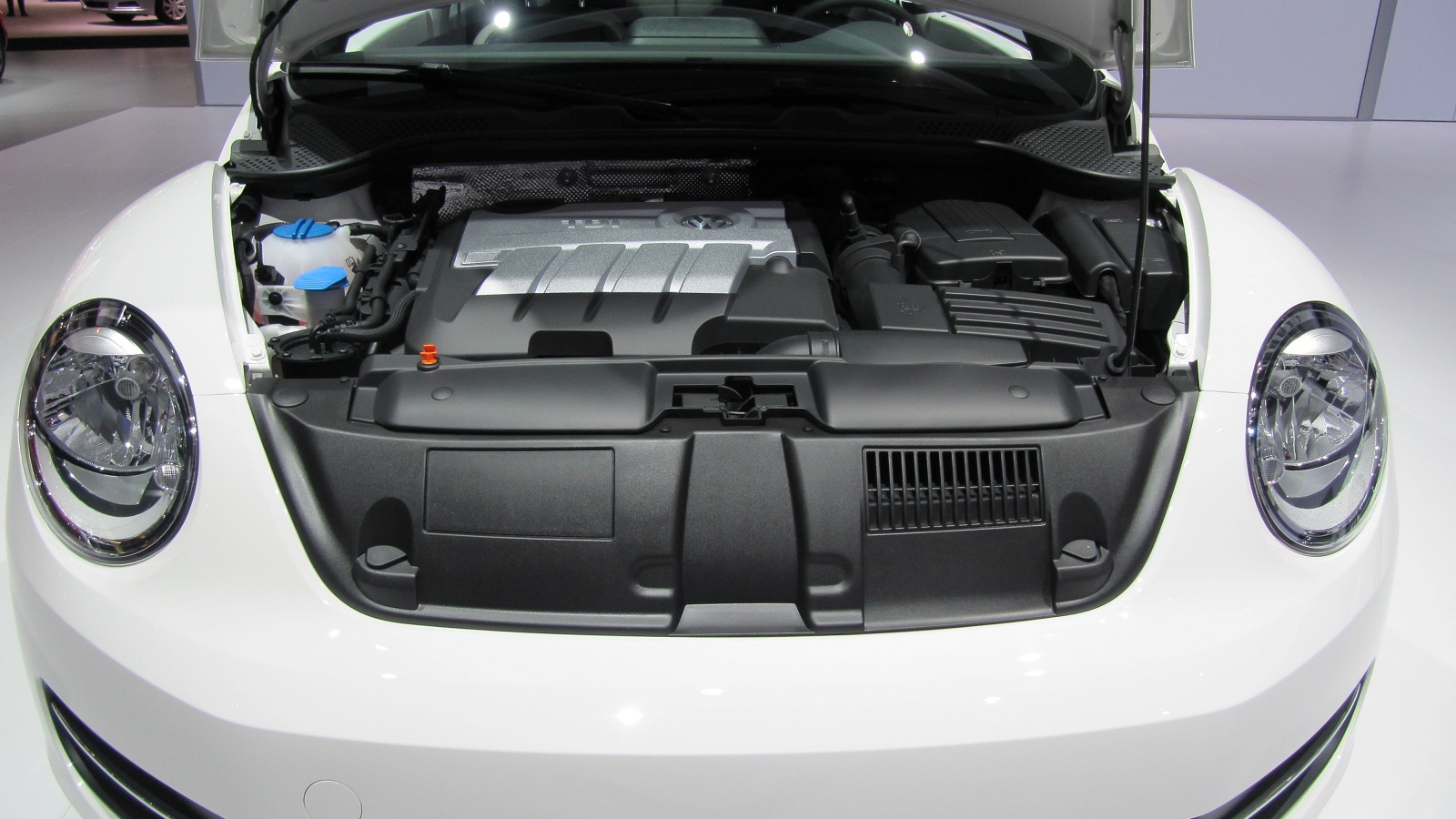 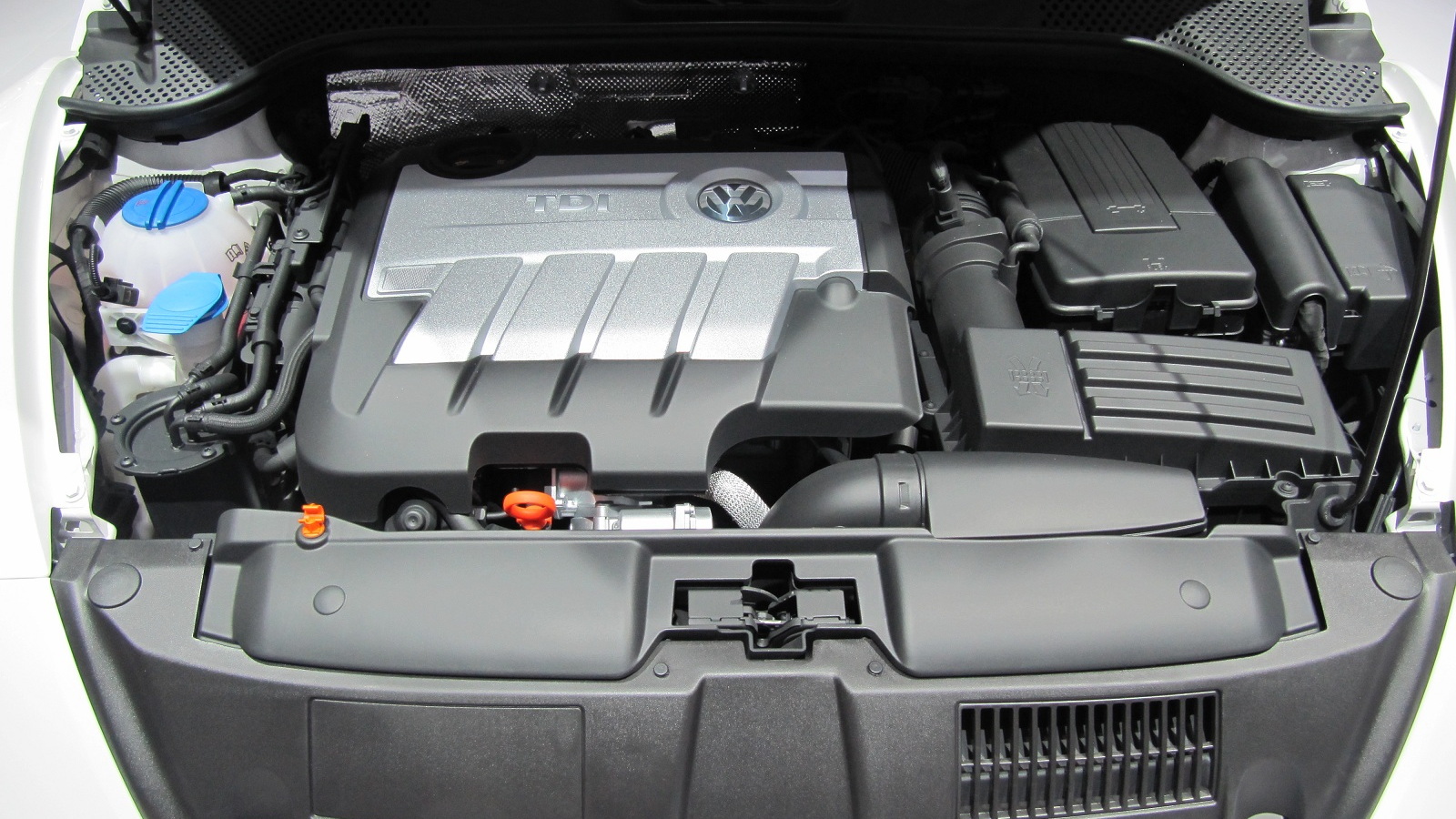 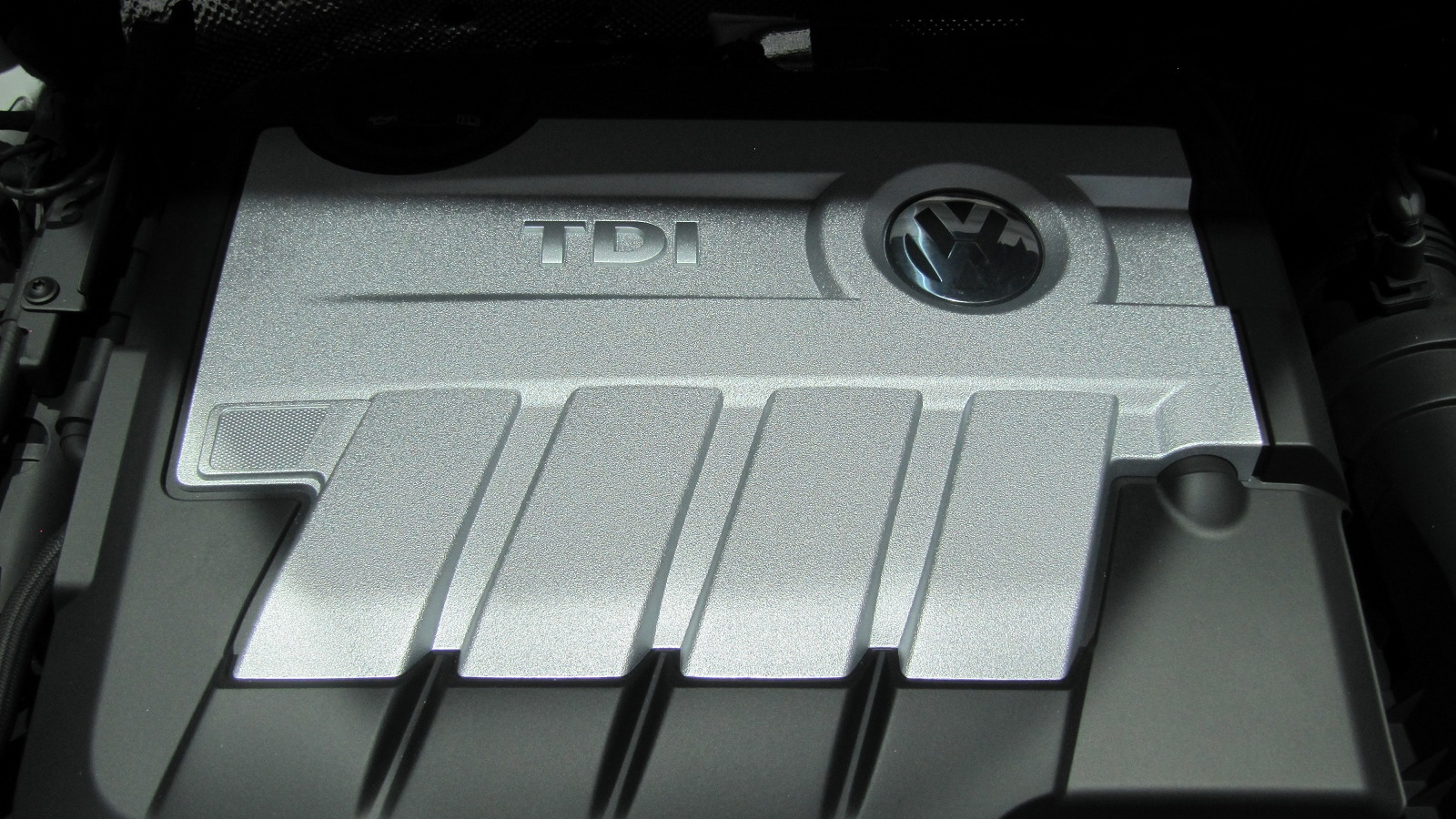 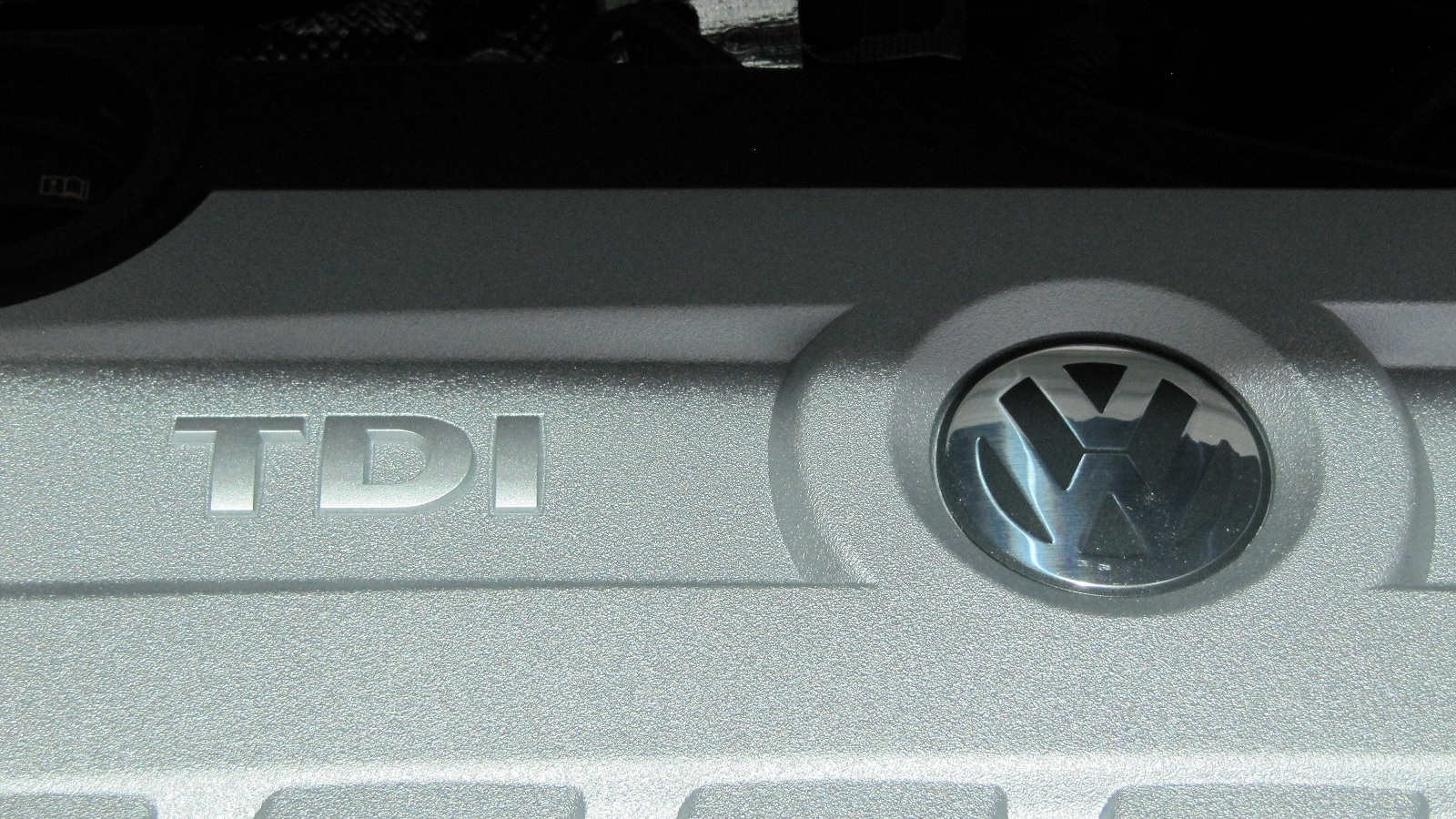 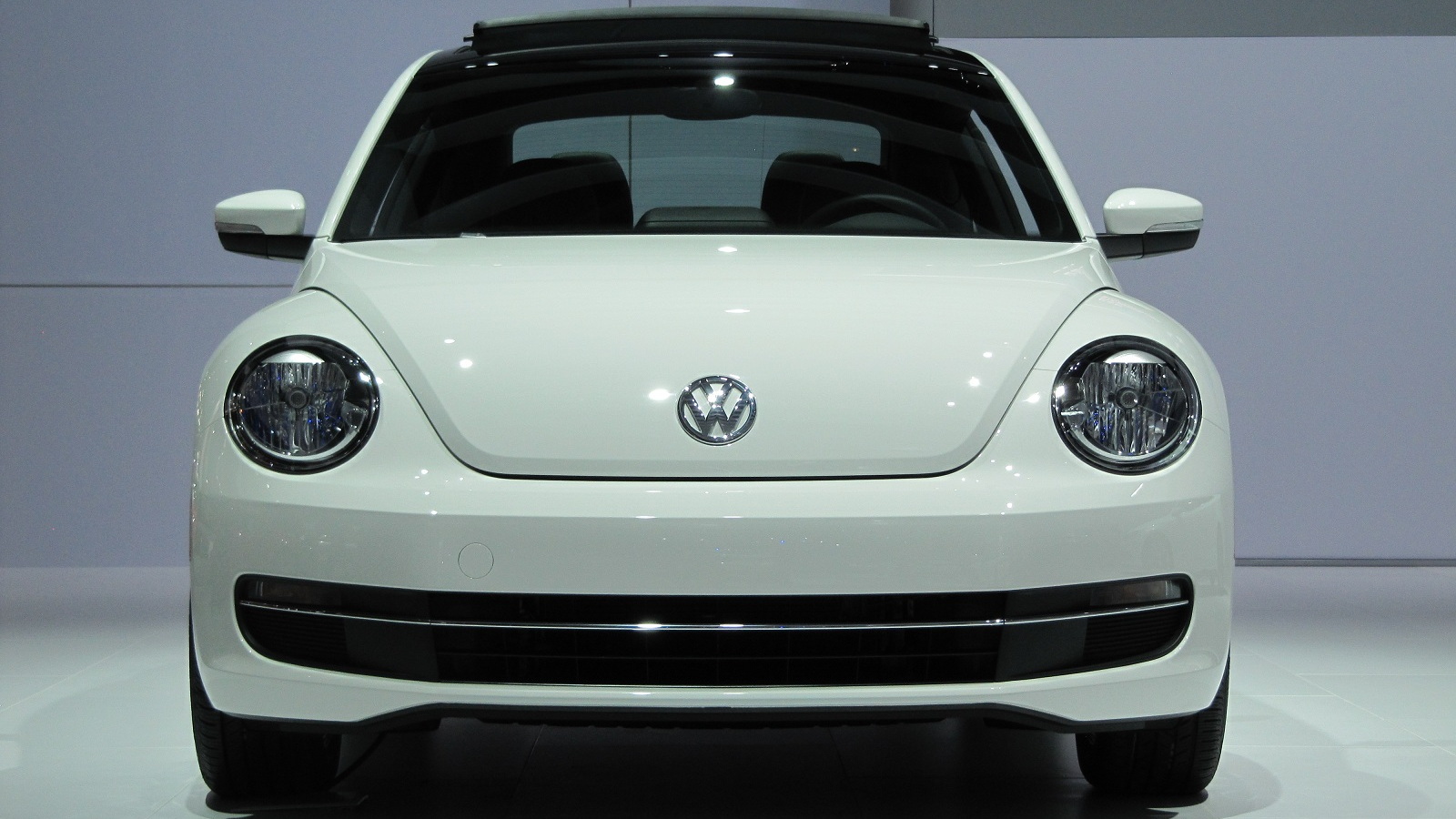 You had to look closely to see what made it special, but the white Beetle on Volkswagen's stand at the Chicago Auto Show had three chrome letters on the liftgate that gave it all away: TDI.

That's VW's name for its diesel models, and the car on display was actually the first official U.S. showing of the 2013 Volkswagen Beetle TDI, which will go on sale later this year.

It's fitted with the familiar 140-hp 2.0-liter turbocharged diesel that's also seen in the Volkswagen Jetta TDI and Golf TDI. It puts out a useful 236 pound-feet of torque, and can be paired with either a six-speed manual gearbox or the company's six-speed "DSG" dual-clutch automatic transmission.

Projected fuel economy is 29 mpg city and 39 mpg highway, according to VW.

Absent a few very minor style tweaks--not only the "TDI" badge on the tailgate but also a chrome window strip and 17-inch alloy wheels--you might be hard-pressed to tell the new Beetle TDI from its gasoline-drinking counterparts, which VW launched for the 2012 model year. 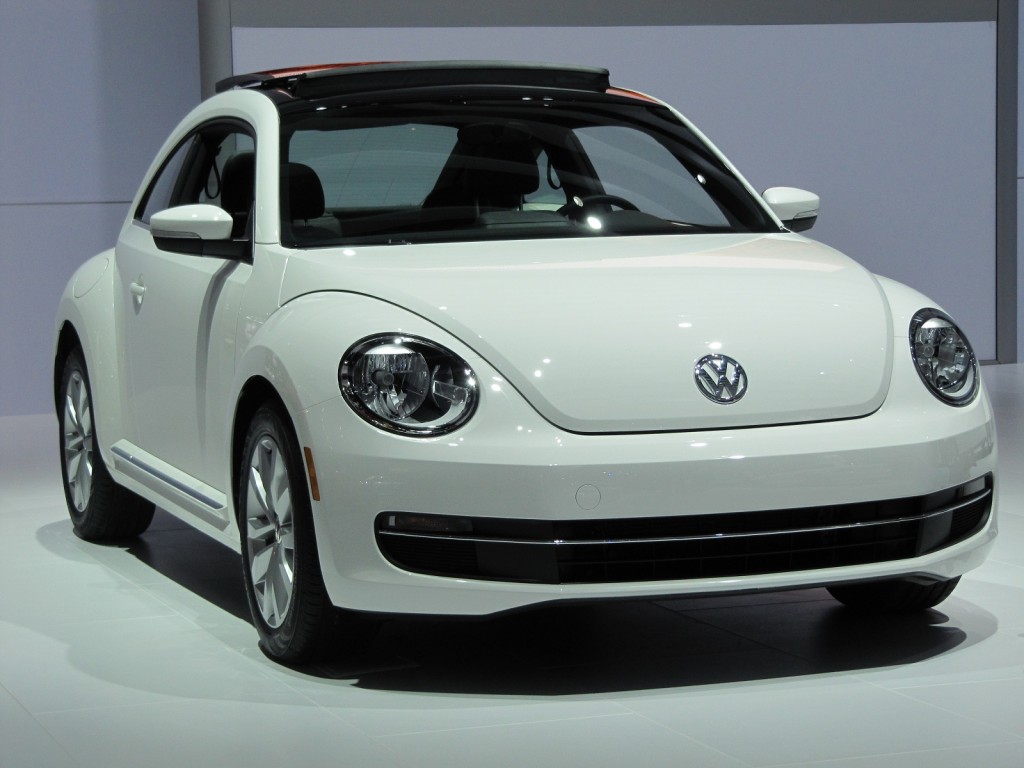 Eager diesel drivers can order either the standard model or the Sunroof model--it adds a sunroof, surprise, surprise--which also upgrades the standard audio system to a Premium VIII system. 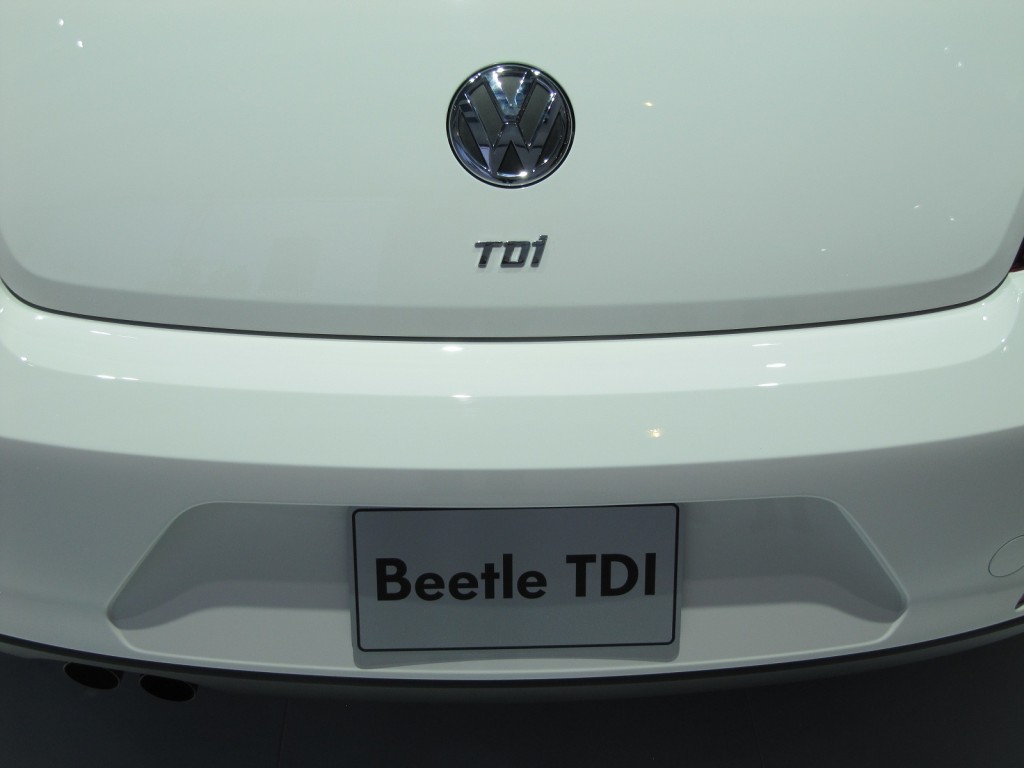 The very top-of-the-line 2013 Beetle TDI goes even further on the audio front, with a Fender premium system that includes a 400-Watt subwoofer from Panasonic, as well as a built-in navigation system with a 5-inch touchscreen display.

Volkswagen hasn't yet released prices for the various Beetle TDI trim levels, but going by the Golf and Jetta lineups, you can expect to pay a few thousand dollars more than the base gasoline engine for the greater torque and better fuel efficiency of the turbodiesel.