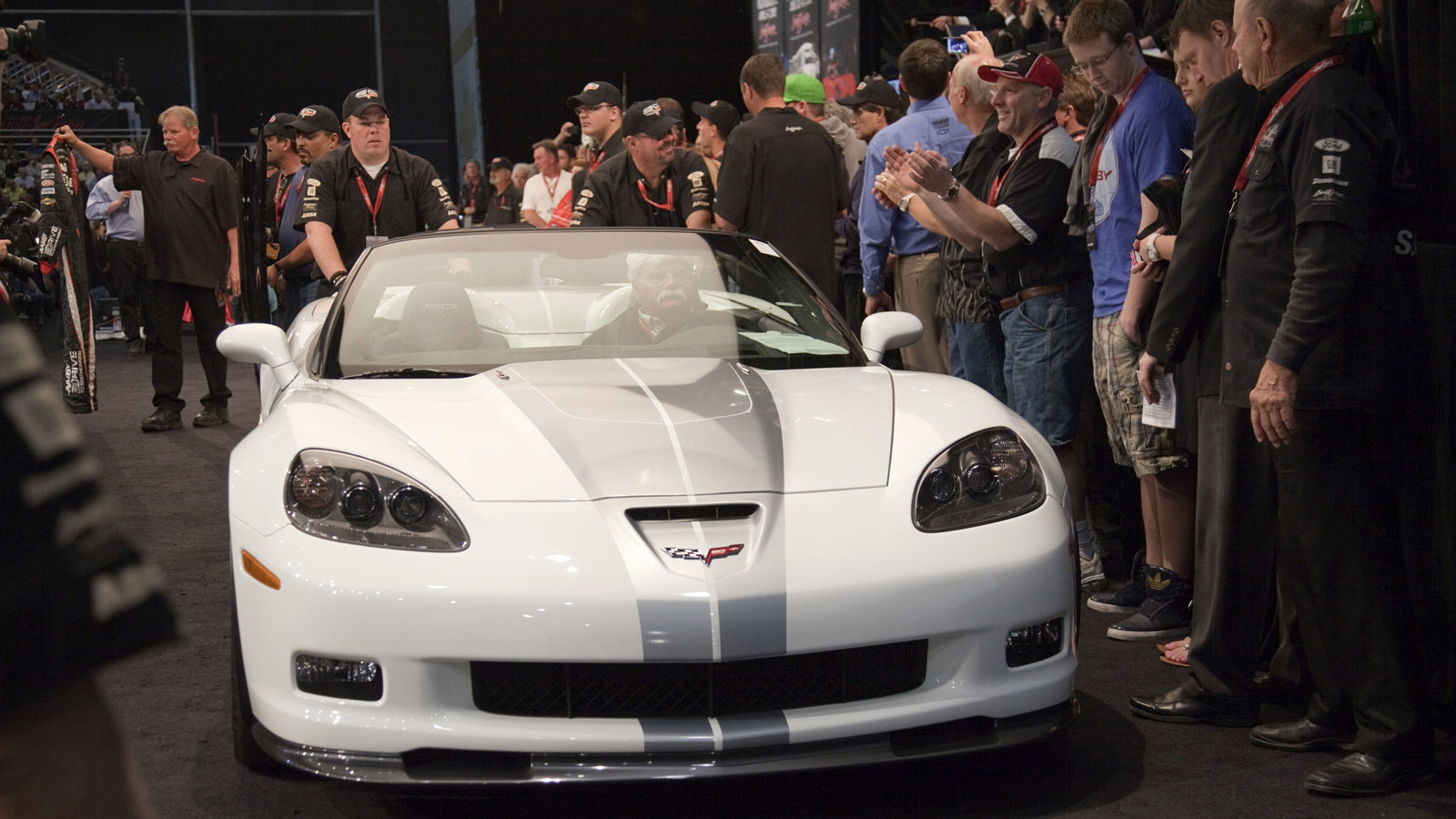 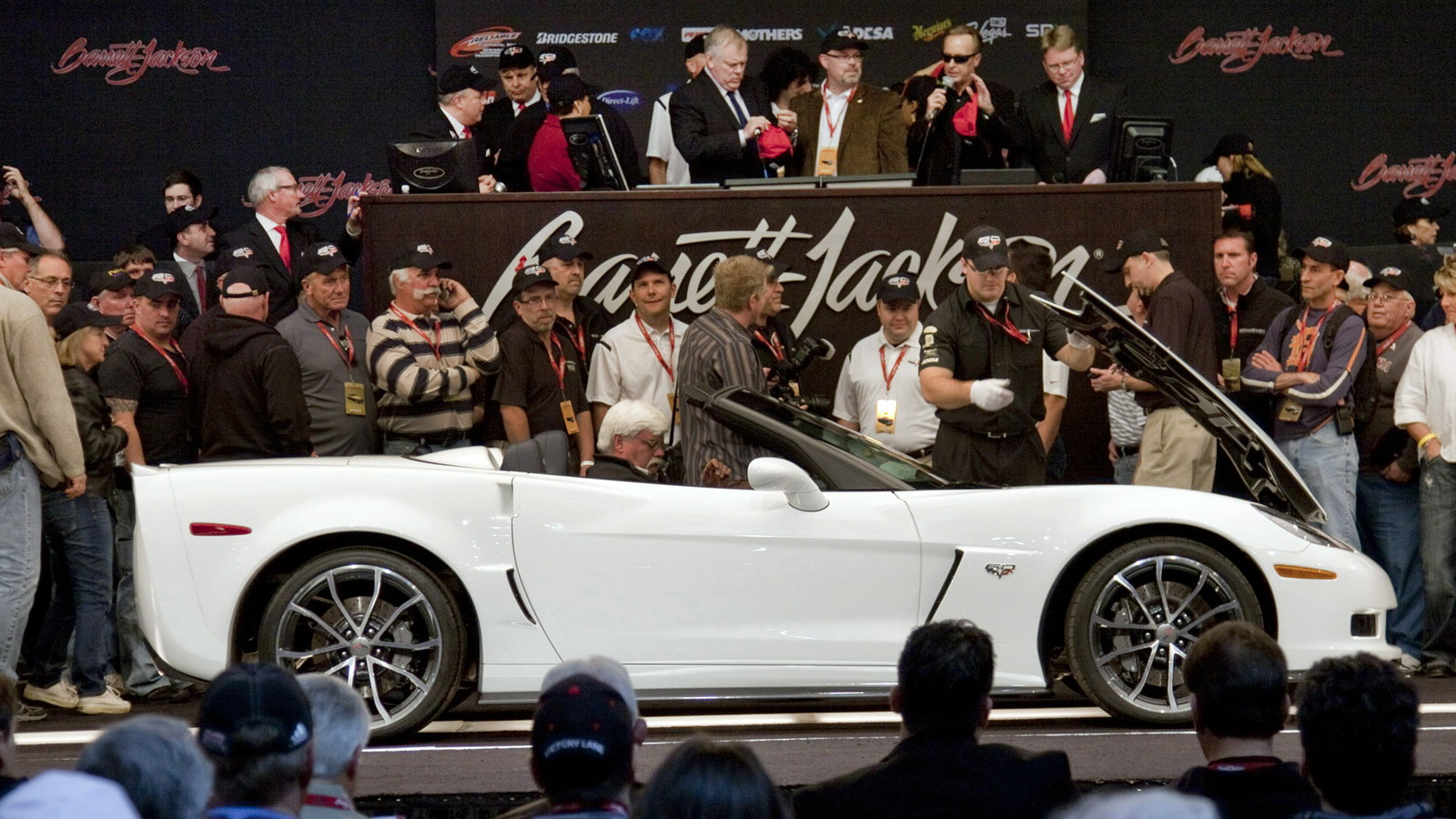 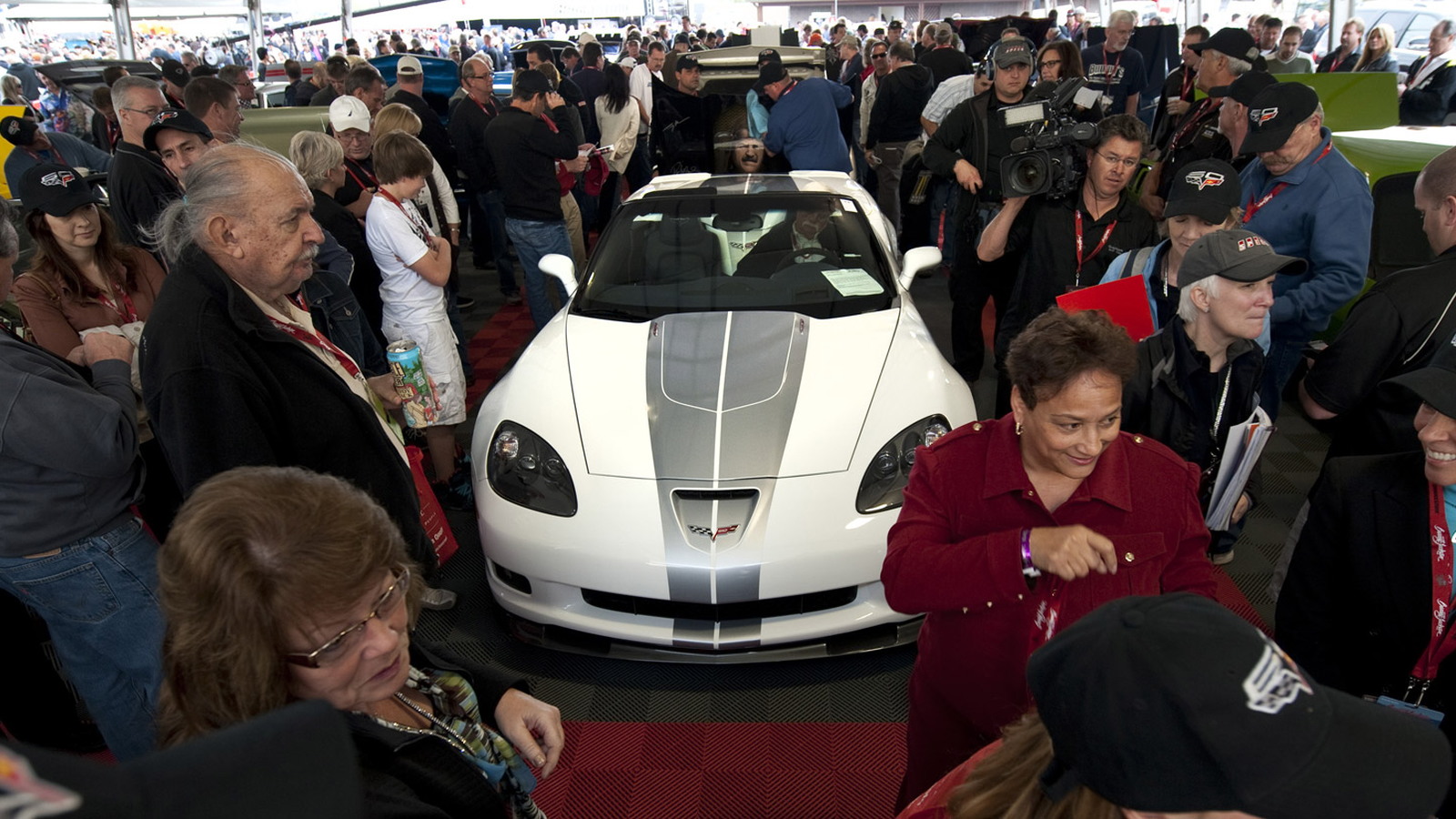 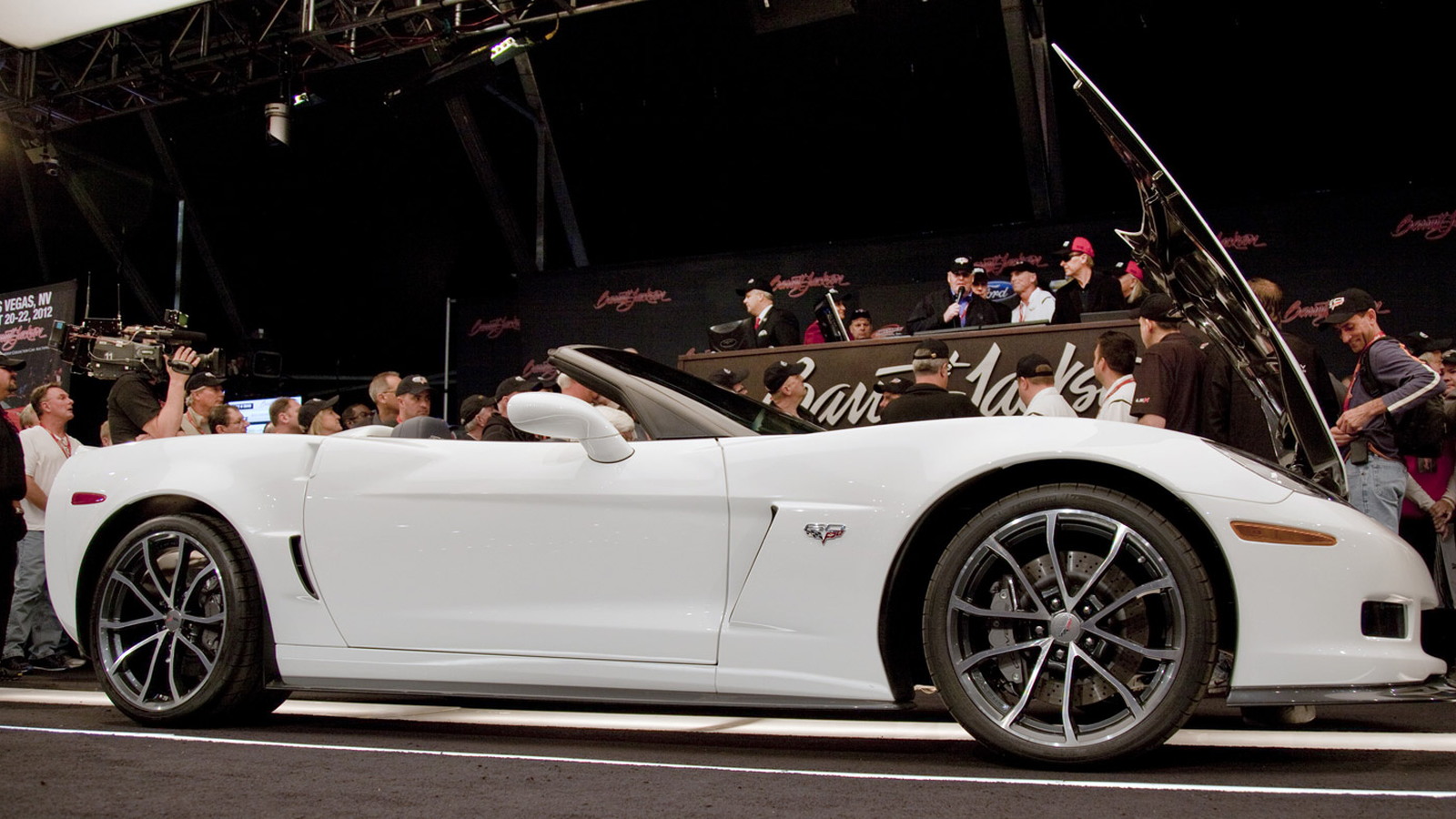 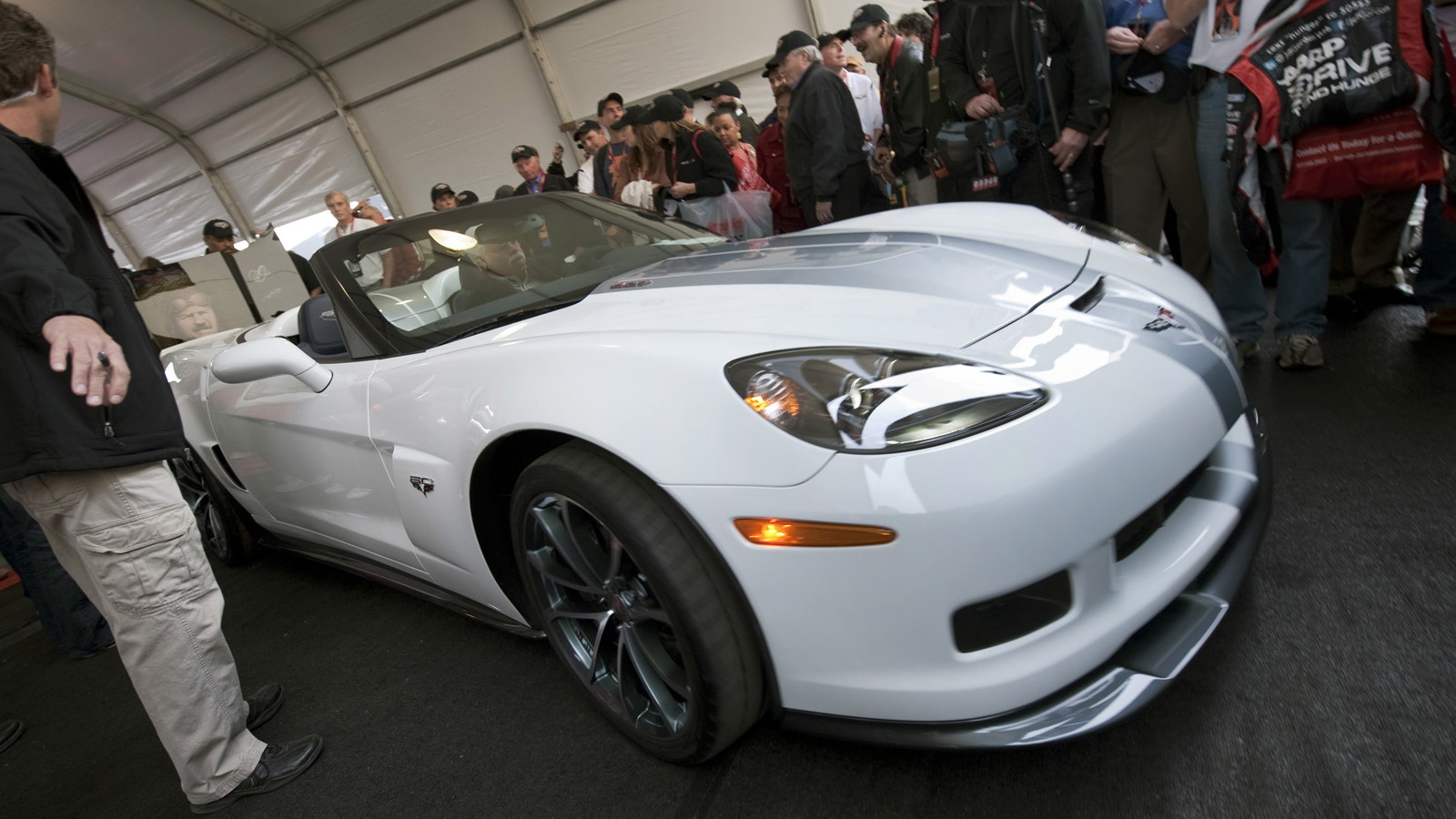 12
photos
At this past weekend’s Barrett-Jackson vehicle auction in Scottsdale, Arizona, the very first 2013 Chevrolet Corvette 427 Convertible was sold for a staggering $600,000.

Of course, the Corvette Convertible sold was no ordinary ‘Vette but rather a Corvette 427 Convertible “Collector Edition” with a VIN ending in 001. It also happens to be the fastest and most capable convertible in Corvette’s history.

Nevertheless, $600k is an amazing sum to pay for a brand new example of the all-American supercar, but it was all for a good cause.

That sum was paid for by millionaire construction-magnate Ron Pratte, with all proceeds going to support AARP’s Drive to End Hunger food relief program. An additional $100,000 sum was also put down by Eddie Vannoy.

Chevrolet and Hendrick Motorsports teamed up for the auction, with four-time NASCAR Sprint Cup Champion Jeff Gordon and team owner Rick Hendrick. The Drive to End Hunger campaign is part of a multi-year sponsorship for Gordon’s No. 24 Chevrolet.

Early 427-powered Corvettes, particularly convertibles, offered from 1966 to 1969 are some of the most-coveted and collectable Corvettes ever produced, and we’re sure this latest model will too one day.

If you’re interested in picking one up, you had better be quick as Chevrolet only plans to build 2013 Corvettes (including the 427 Convertible) for the nine months leading up to next year's arrival of the new 2014 Corvette, or C7 as it’s known to fans.