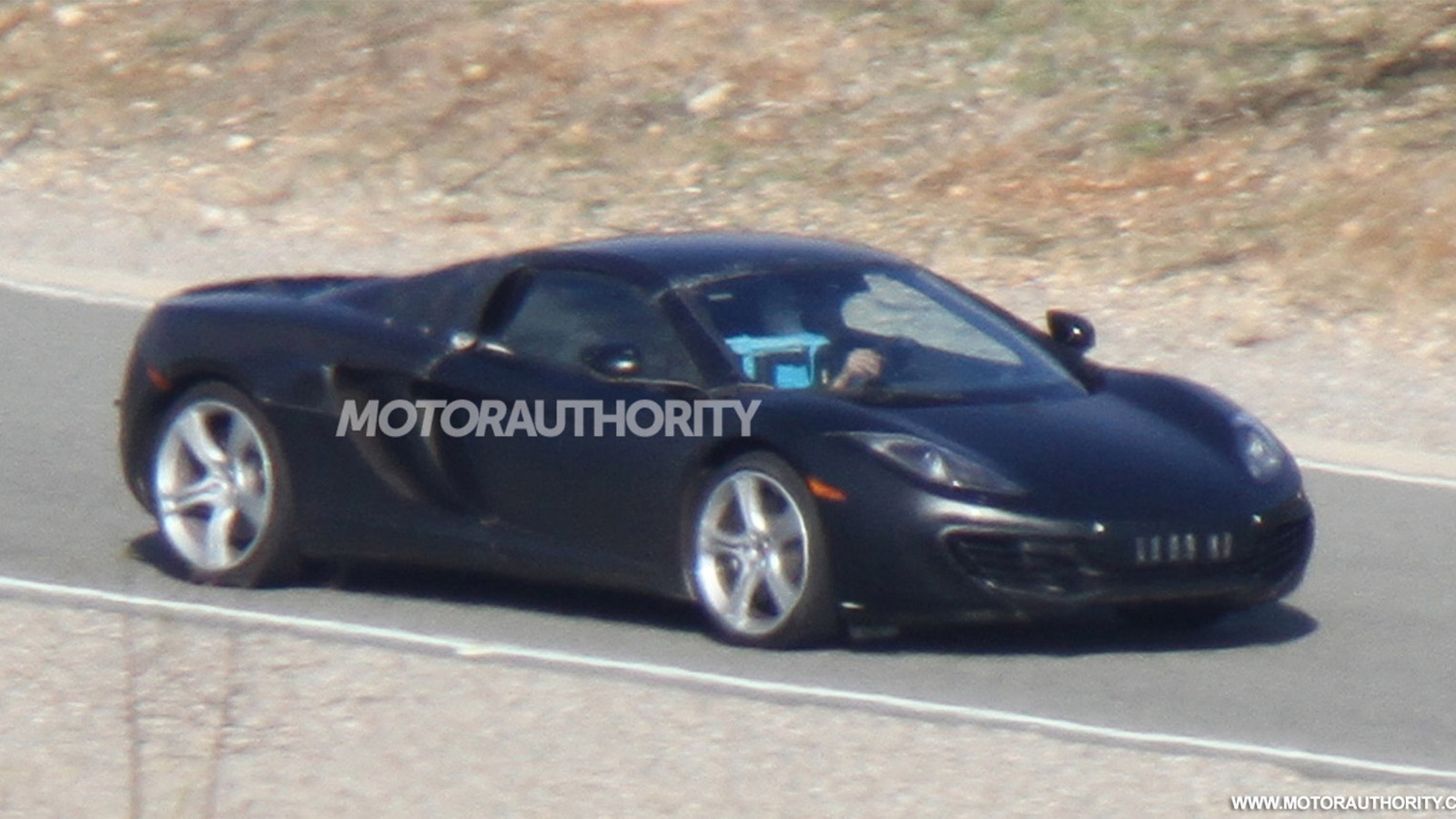 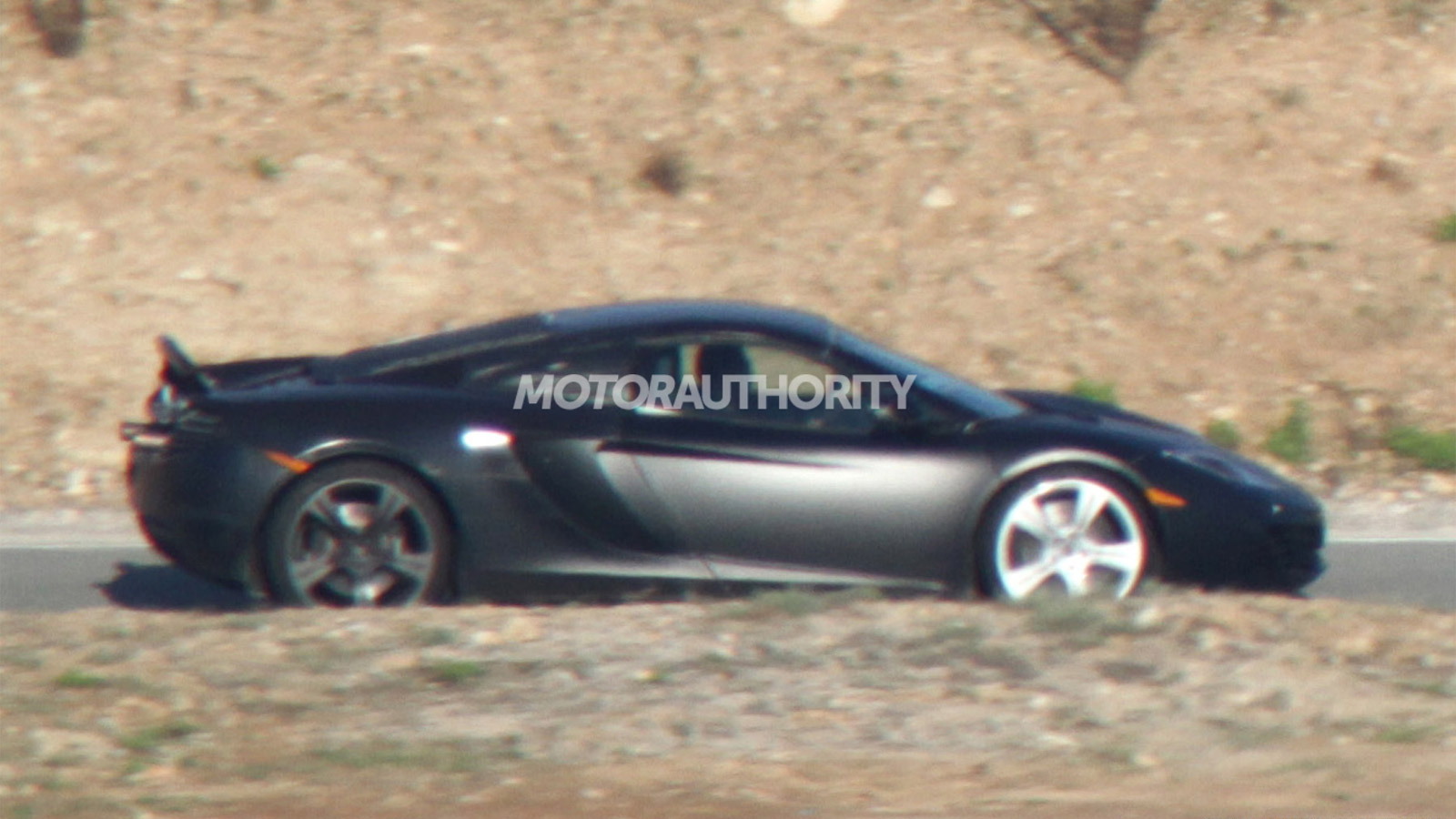 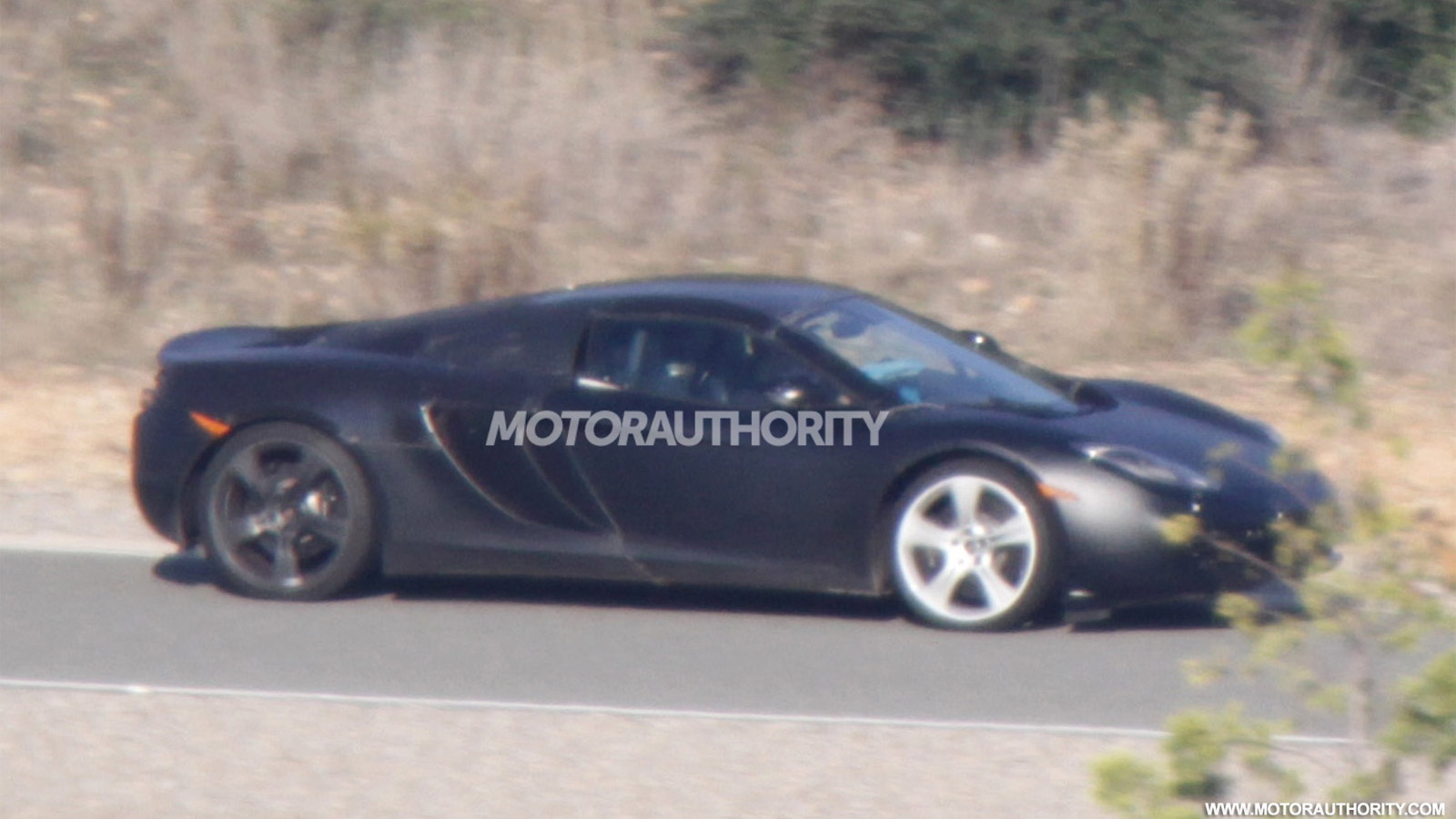 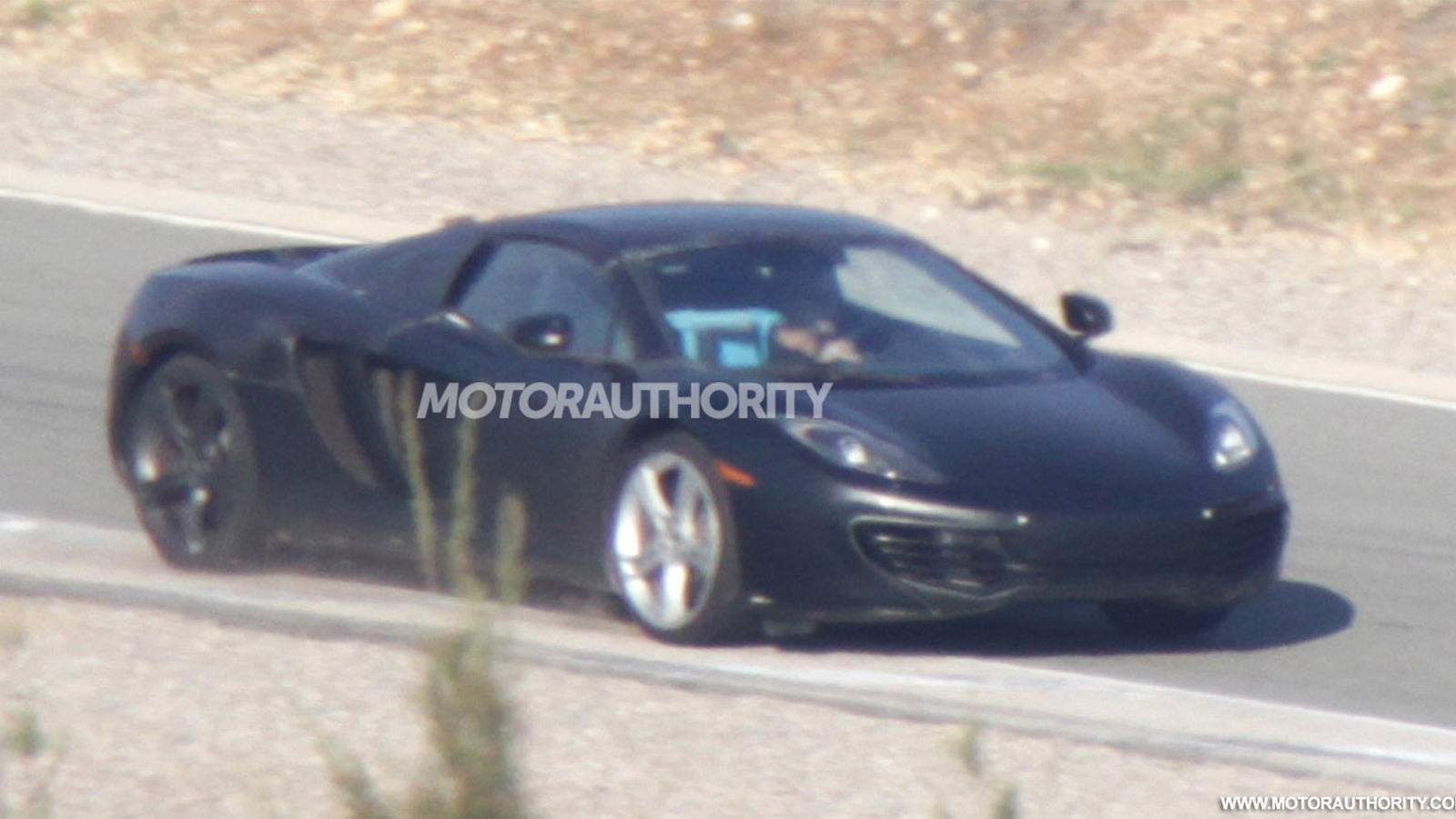 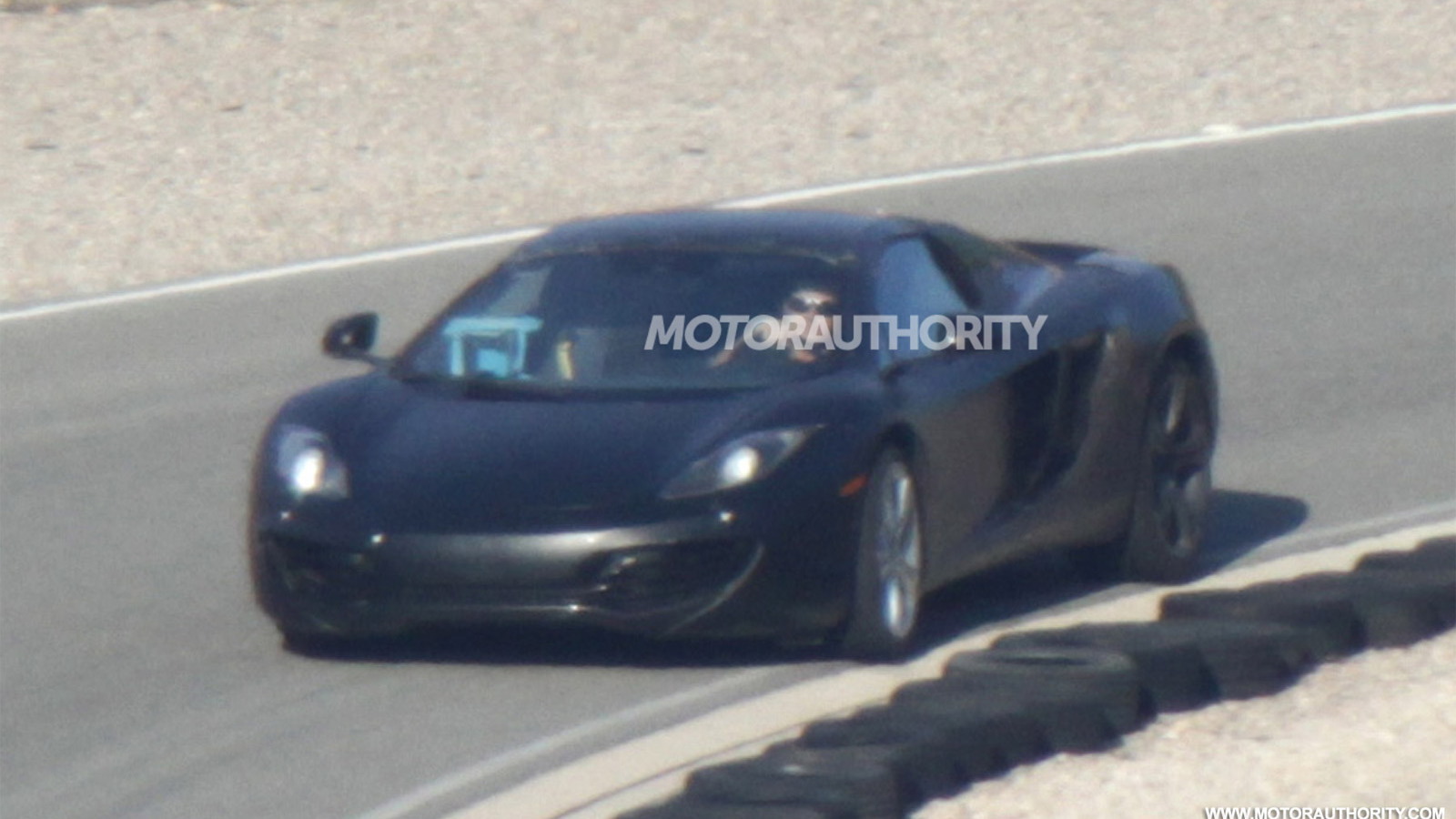 11
photos
While Ferrari’s new 458 Spider debuted an innovative folding roof system composed mostly of aluminum, McLaren, with its penchant for carbon fiber, is likely to use the lighter and studier composite material for its upcoming MP4-12C Spider.

Spotted for the first time testing in prototype form just a few short months ago, the styling of the MP4-12C Spider will differ slightly from its hard-top cousin in order to accommodate the new roof mechanism.

Like the system on the 458 Spider, Auto Motor und Sport reports, the roof on the McLaren MP4-12C Spider will initially flip backwards and then retract vertically into a small recess located between the engine bay and passenger compartment.

Ferrari was the first to introduce a mid-engined car with a retractable hard-top, but McLaren is expected to be the first to do it with carbon fiber.

Otherwise, the MP4-12C Spider will be virtually identical to its hard-top sibling, though there could be some slight engine and suspension changes to ensure maximum performance when the top is down.

Peak output from the car’s twin-turbocharged 3.8-liter V-8 engine should remain at 592 horsepower and 440 pound-feet of torque, however, and drive will still go to the rear wheels via a seven-speed dual clutch gearbox.

To new car should be revealed early next year, just in time for the northern summer. In the meantime, check out our previous spy shots report for more details by clicking here.