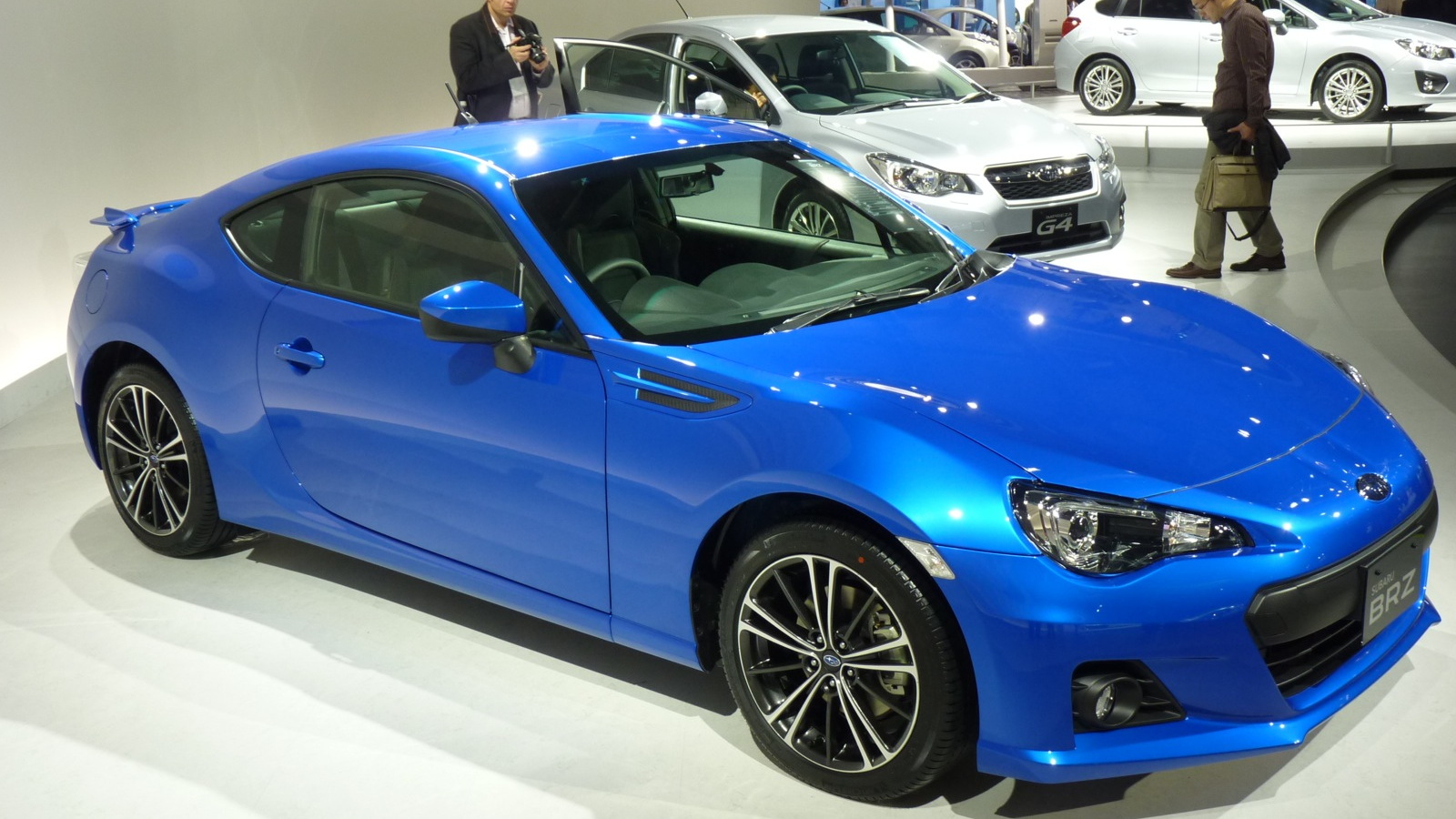 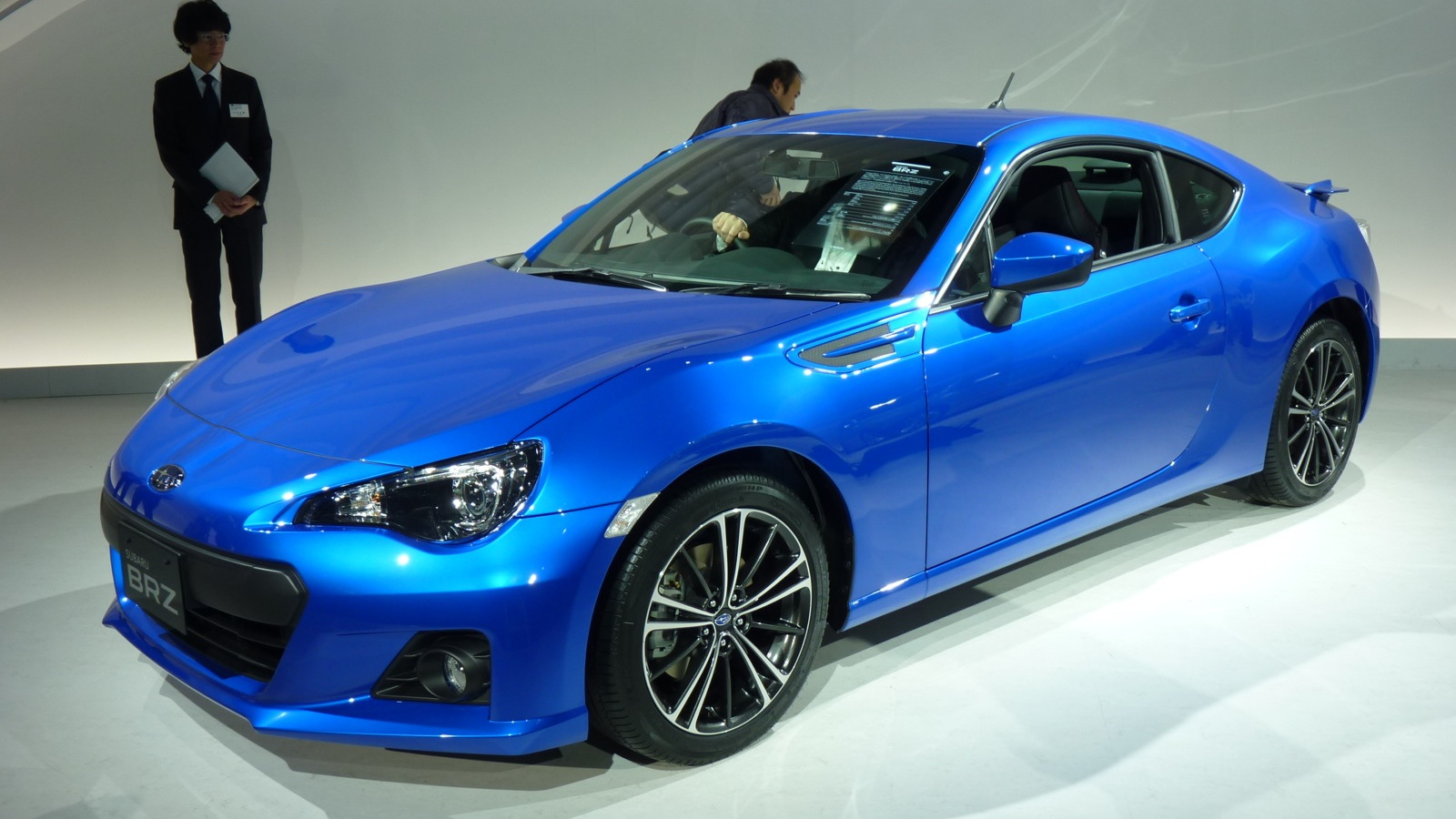 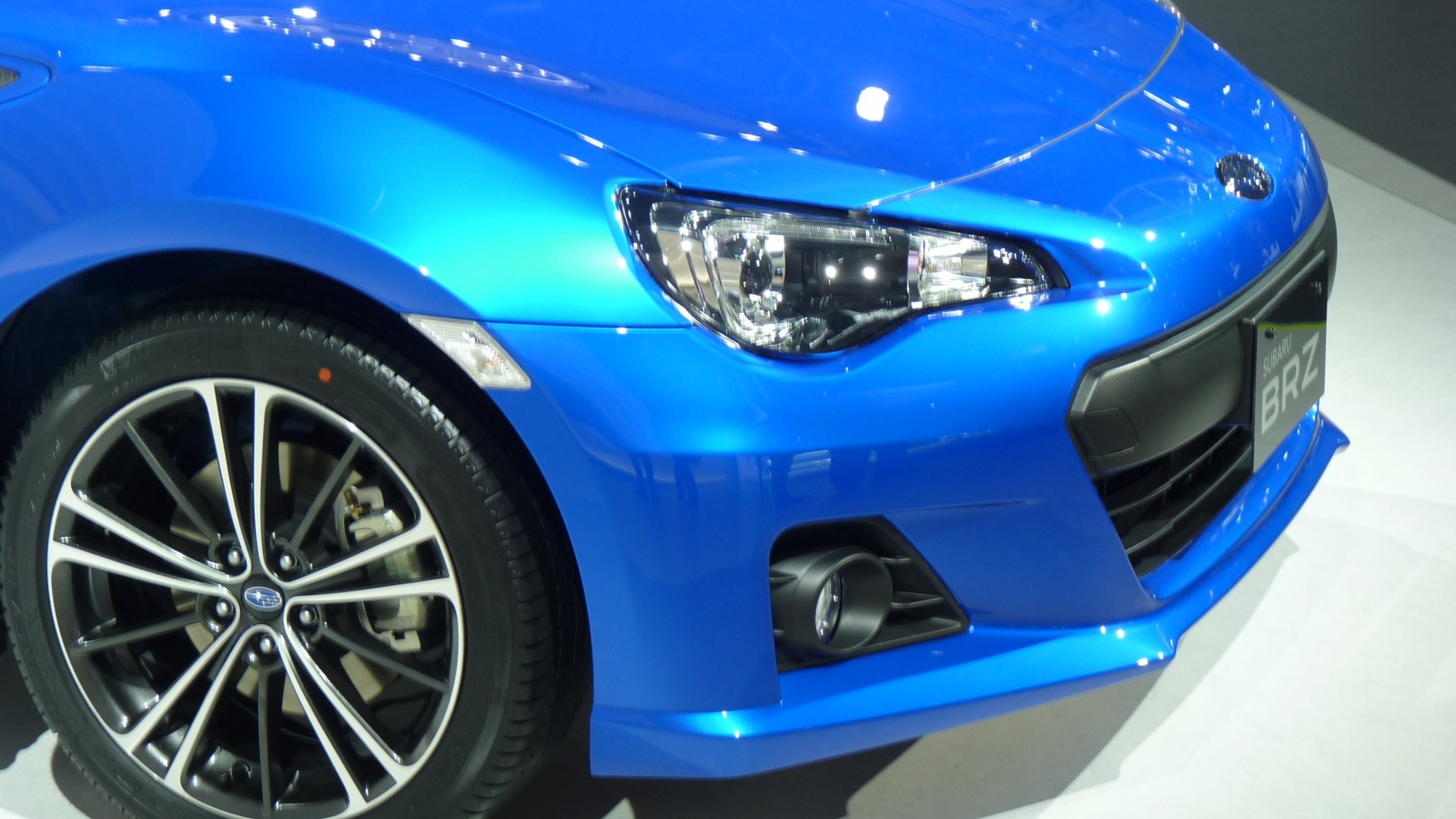 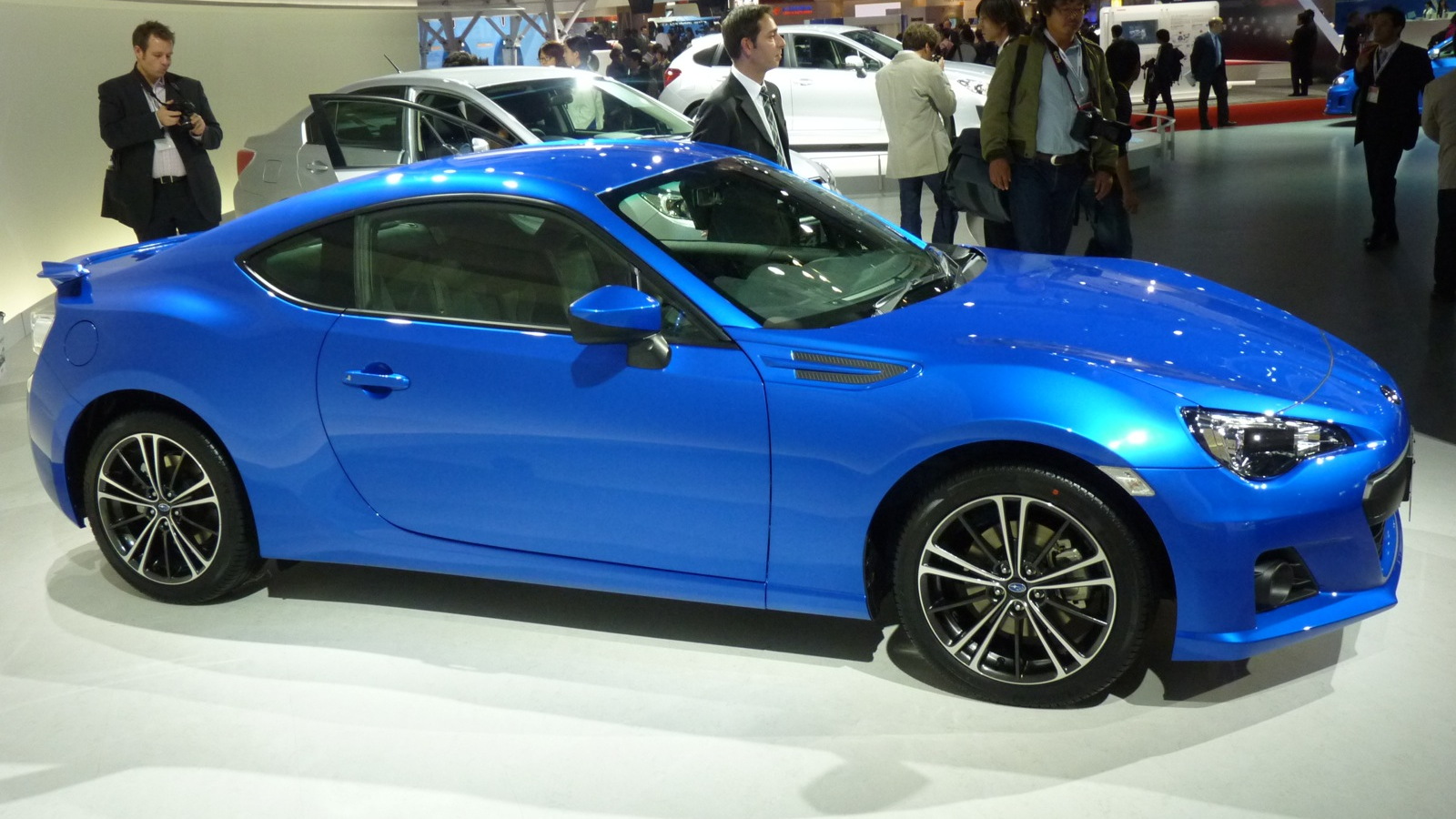 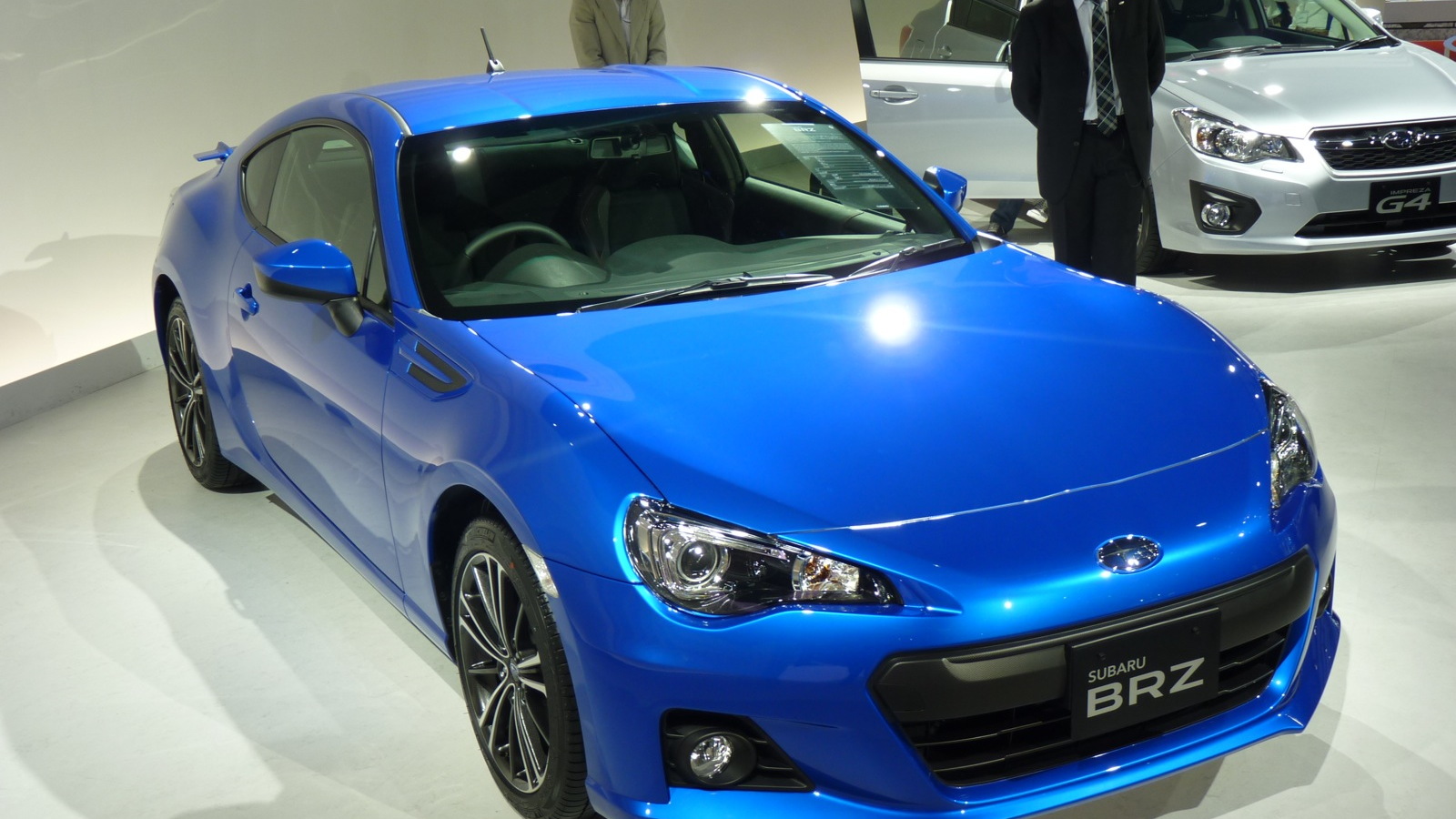 30
photos
At about the same price, would you buy a rear-wheel-drive 2013 Subaru BRZ sports coupe or an all-wheel-drive Subaru WRX? With both cars ringing in at approximately the same price, you might think that the new BRZ might divert customers from the legendary rally hatchback. But as we saw at the Tokyo Motor Show yesterday, as Subaru officially pulled the wraps off its production BRZ, this all-new coupe will appeal to a very different crowd.

With the BRZ’s first show, Subaru released extensive technical and feature information for the model, which, officials say, will start somewhat lower than the STI’s base of $34,095 (for 2012).

Elaborating a bit on how the BRZ matches up with Scion’s FR-S, which is closely related, Subaru said that its customers for BRZ will be more mature and affluent than those looking at the Scion; and thus, Subaru’s model will sell for several thousand dollars more but include considerably more equipment, such as HID headlamps, keyless start, and automatic climate control. Additionally, the BRZ's front grille and airdam appear somewhat more aggressive than that of the Scion FR-S—although we might not be getting the uniquely chiseled rear valance in the BRZ shown at Tokyo.

The BRZ’s curb weight of under 2,800 pounds isn’t high by today’s standards, but within a few model years, considering all the weight-reduction initiatives within rival automakers, it could be one of the more portly vehicles in its class.

Premium fuel is required for this new 2.0-liter horizontally opposed (‘flat’) four-cylinder engine. Termed D-4S, it borrows Toyota direct-injection components and has a perfectly square 86-cm bore and stroke. In U.S. form, expect it to produce just over 200 horsepower and near 155 pound-feet of torque. Transmissions are Toyota (Aisin) units—a six-speed automatic and a six-speed manual, both adapted by Subaru for the brand’s longitudinal layout and flat-four engines.

The return of frameless doors!

Also of note is that the BRZ is a return to form for Subaru: There are no door frames. With the frameless doors comes an especially strong application of Subaru’s ring structure, with more high-tensile-strength steel than even other recently introduced models. Furthermore, the BRZ was designed from the start with extra headroom to accommodate a roll-cage installation, and the frameless doors as well as a special dash design make that a bit easier.

Headroom aside, the BRZ looks quite intimate inside, with a very small backseat that, with the seat moved much of the way back, allowed nearly no space for legroom.

The BRZ, which stands for Boxer Renaissance Zenith (or Boxer Rear Zenith, depending on which Subaru official you check with), will be produced on the same assembly line as the Impreza. And while the BRZ shares a few components, such as some of its front suspension, with the Impreza, its flat-four engine, mounted especially low in the BRZ, will help give it one of the lowest centers of gravity—and hopefully, some of the best handling dynamics—of any current small sports car.

According to officials with the automaker, the Subaru BRZ will arrive to the U.S. next spring—about the same time as Japan—and the U.S. version will be offered. Expect formal pricing and features to be revealed in February—likely coinciding with the Chicago auto show.

In the mean time, browse through these images, fresh from the BRZ’s appearance at the Tokyo show.