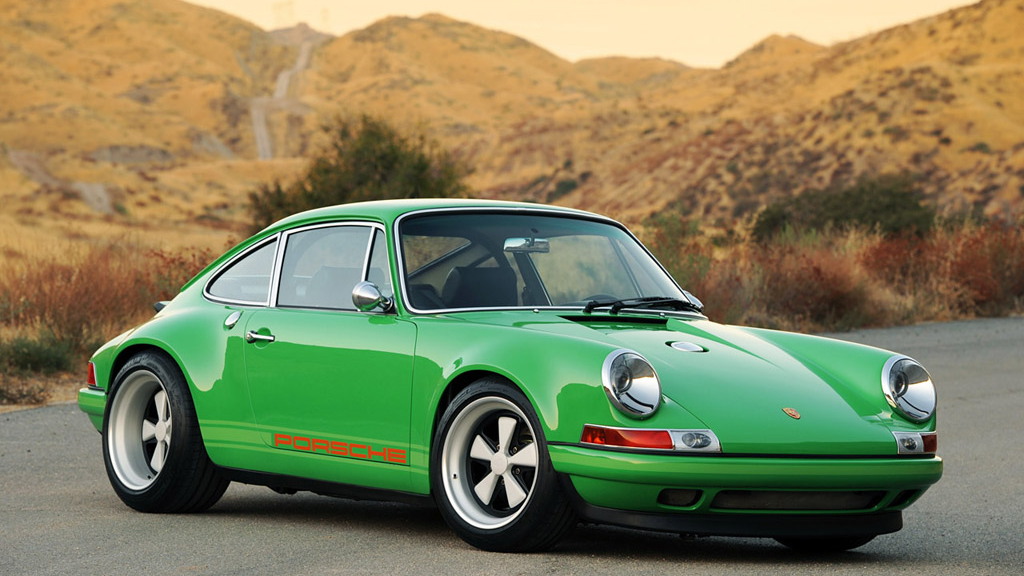 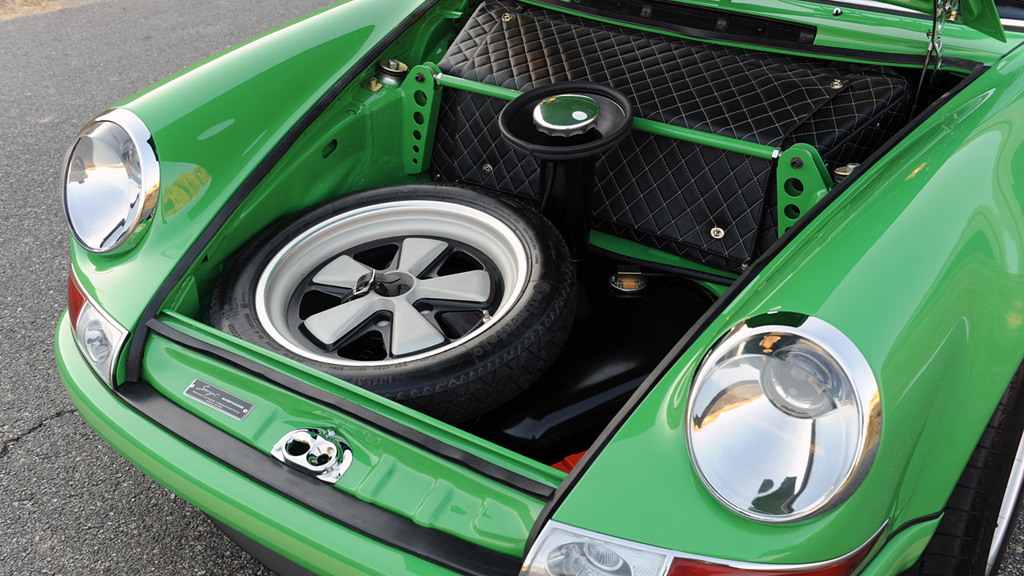 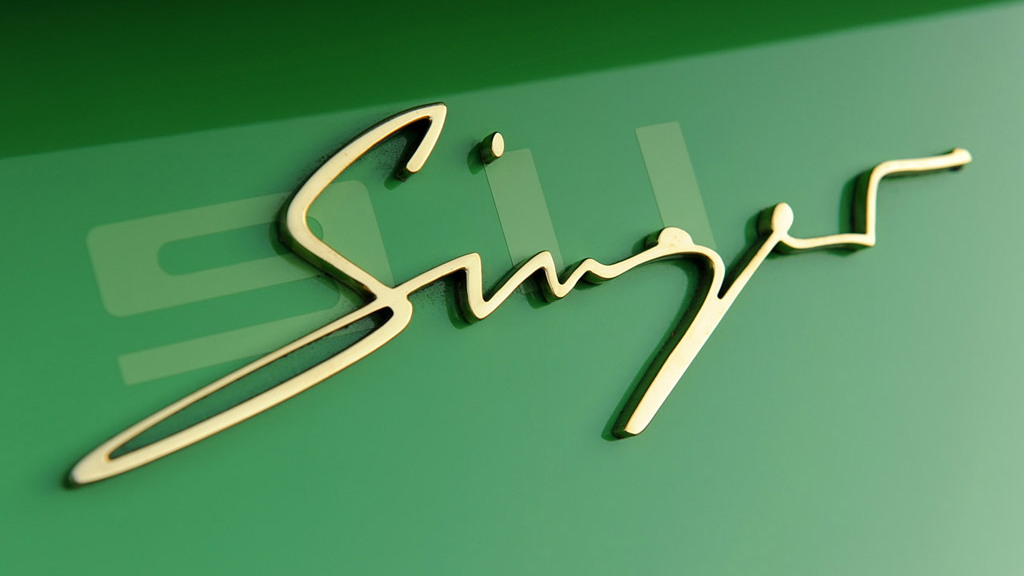 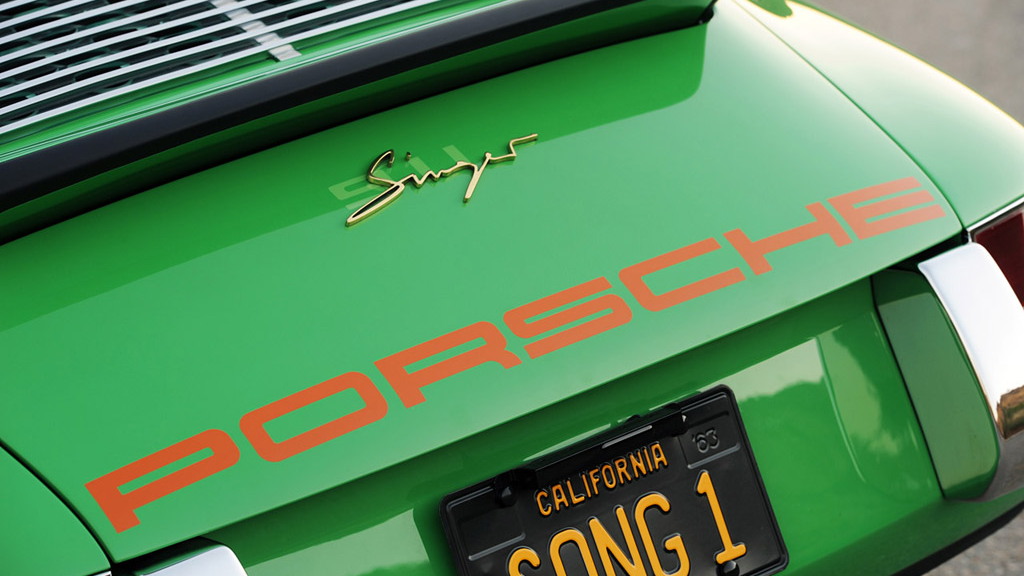 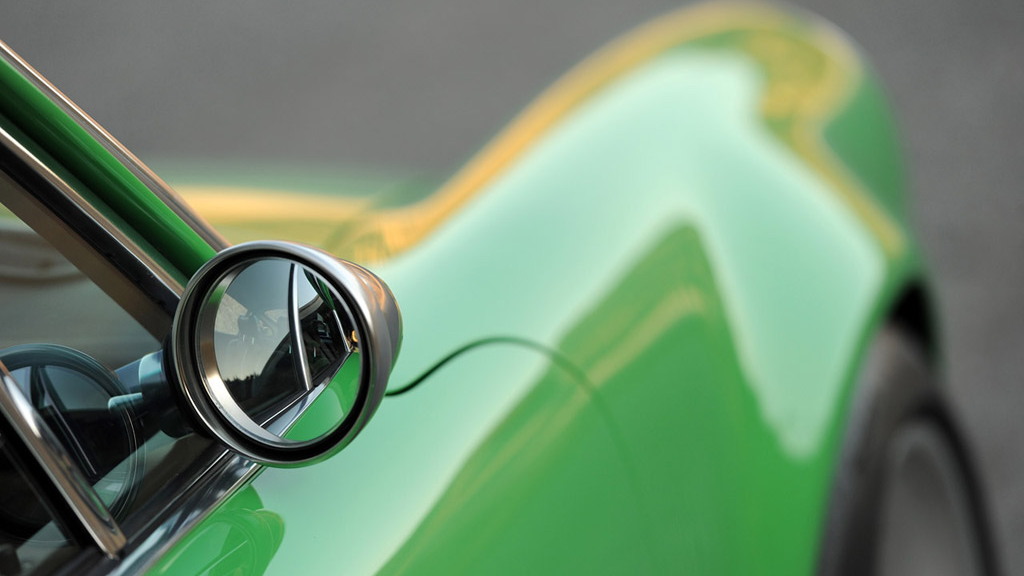 Among Porschephiles, there's a lot of excitement over the arrival of the all-new 991—the 2012 Porsche 911, for which we posted a first drive report just earlier this week.

But a few affluent customers who could easily put one of those new 911 models in their garage might instead be opting for something even more special: a Porsche 911, reconceived by Singer Vehicle Design.

Rob Dickinson started Singer in 2009, as a company focused around restoring and optimizing classic sports cars; and the one classic sports car that Singer chose to focus on, at least at first, is what Dickinson calls "a labor of love"—the air-cooled Porsche 911.

The company presented the first vehicle to its owner last September, and since then it's built three more—with its fourth vehicle set to make its debut coinciding with the Los Angeles Auto Show this week.

According to Dickinson, the company's founder and creative director—and also an accomplished designer—seeing the early 1970s racing-influenced models as a child left "an indelible impression," and it's a shape he wanted to revisit.

Dickinson says that what Singer provides is a modernized interpretation that "attests to the powerful statement and presence the original cars had." With these cars, he wanted to leave that be, and in a light-handed way bring the personality out even further. They're restored, and then optimized, with restraint.

To clarify, these are restorations, and then some. To start, all Porsche 911 models restored by Singer start with a donor car that keeps its original odo reading and original VIN and model year. Just as in a classic-car restoration, all parts are stripped off, down to the body shell, but here's where Singer's approach is a bit different—as well as different compared to resto-mod shops. The chassis gets additional welding, and there's additional front and rear strut bracing and gusseting.

Windshield wipers are moved to the central position, as in the 993, and new carbon-fiber bodywork is attached to the fenders, hood, bumper, roof, and rear deck. Doors remain metal to meet up with the structure and provide side-impact protection, and a fuel safety cell replaces the gas tank. And in a feature borrowed from the 1972 production car and other racing Porsches, there's an external oil filler.

Suspension upgrades include Bilstein adjustable dampers and a completely retuned suspension with new aluminum rear trailing arms, plus new bushings, connectors, and sway bars. And it uses the complete Brembo braking system from the 1993 models, with additional cooling. The 17-inch wheel design is in the style of the 1960s-era Fuchs wheels. The side mirrors are a newly developed power-remote design building on the 'racing' mirrors of the 1960s, and headlights have been upgraded with modern units but an original look.

The Singer look thus far "harks back and evokes the road-racing period of the early 1970s," commented Dickinson, but he admits that those first cars and their bright colors and racing influences are definitely one niche. This next car about to be shown—the fourth made from the company—will apply some of the same aesthetics and technical improvements to a more modern 1990-1994-era Porsche 964. "It's based on the (1990-94) 964, and this will be very much a gentleman's car for the road," said Dickinson.

After all, expectations can vary widely regarding how such a car would get driven and used. Dickinson puts Singer's prospective customers into three groups: those who have everything; those purely Porsche obsessed; and the "aspirational Porsche fanatic who's willing to sell the family jewels."

According to Dickinson, the basic restoration job starts at about $190k; but there's a "huge array of options" to consider, along with three engines and gearboxes.

Dickinson has a team of about eight, but the project relies heavily on cooperation with a few select partners—including engines from Cosworth, and carbon-fiber and body work from the Aria Group. In addition to that, they've used platers, polishers, and other specialty shops in the area surrounding the Burbank workshop.

"Southern California is the reason we can build this car," Dickinson said.

There's one other reason why Singer is the way it is. As the former frontman for the 1990s alt-rock band Catherine Wheel, Dickinson cites his experience with being fronted sums of money by the record companies—and turning out first-rate artistic efforts, at least by this editor's judgment. "Because of the music," he said, "[with Singer] we presented ourselves differently, in that it was a genuine labor of love."

Look for full-car images of Singer's latest finished vehicle (previewed in the gallery below) soon at their site.