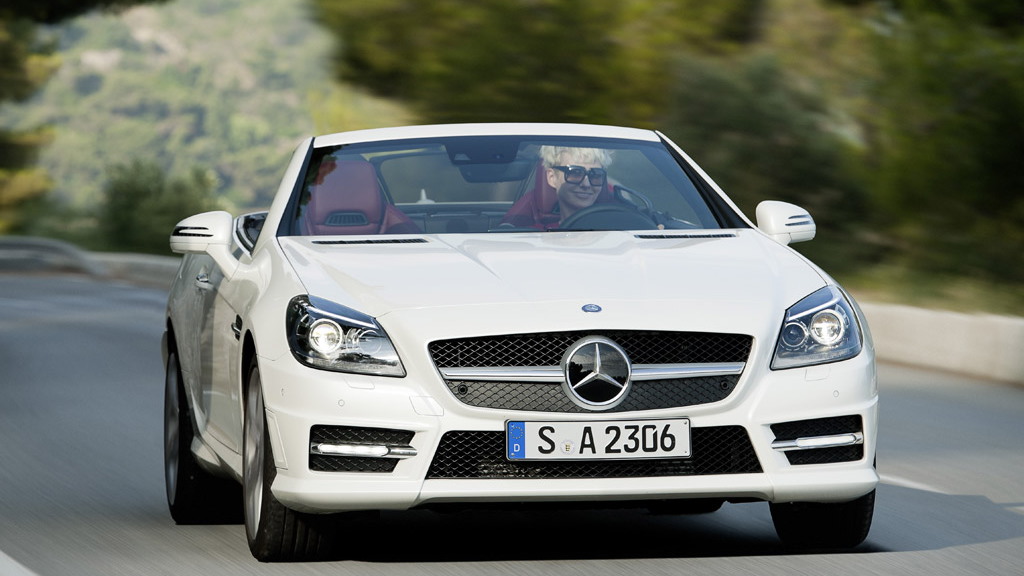 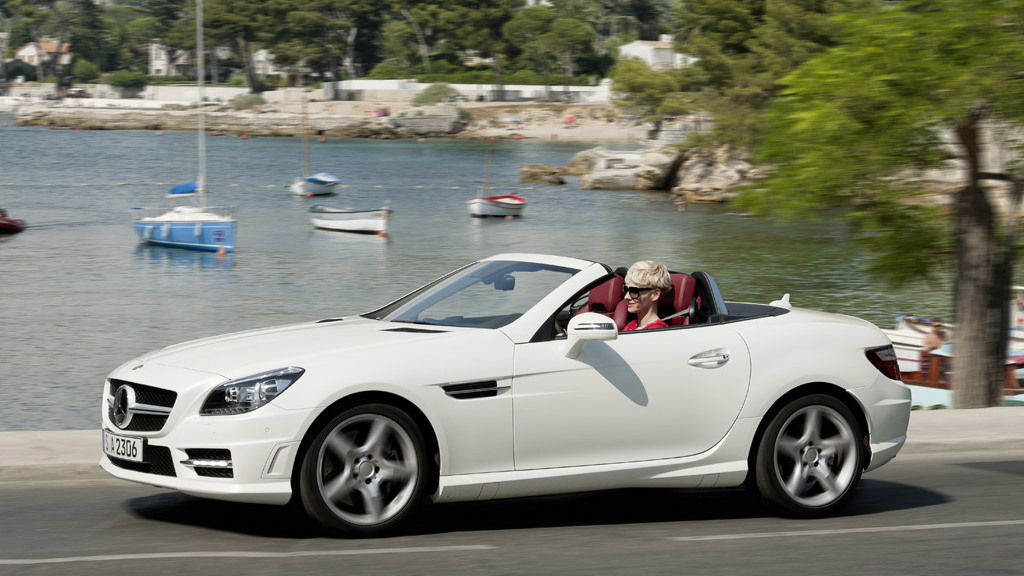 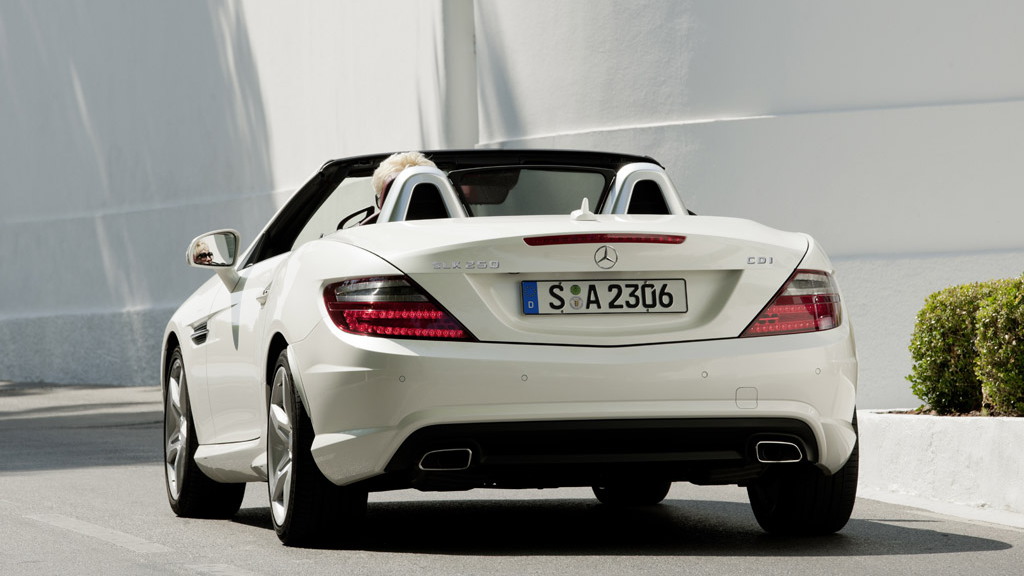 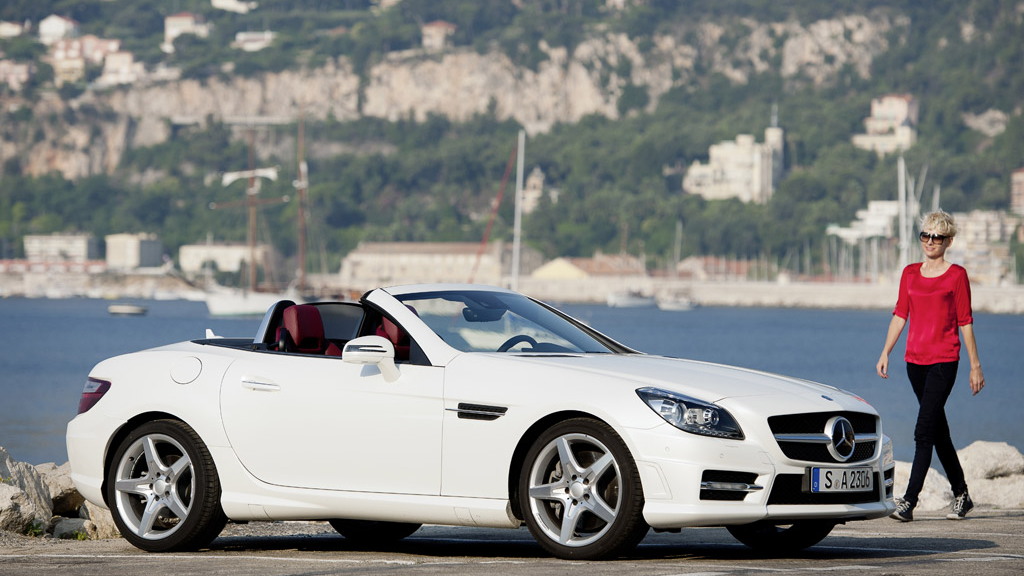 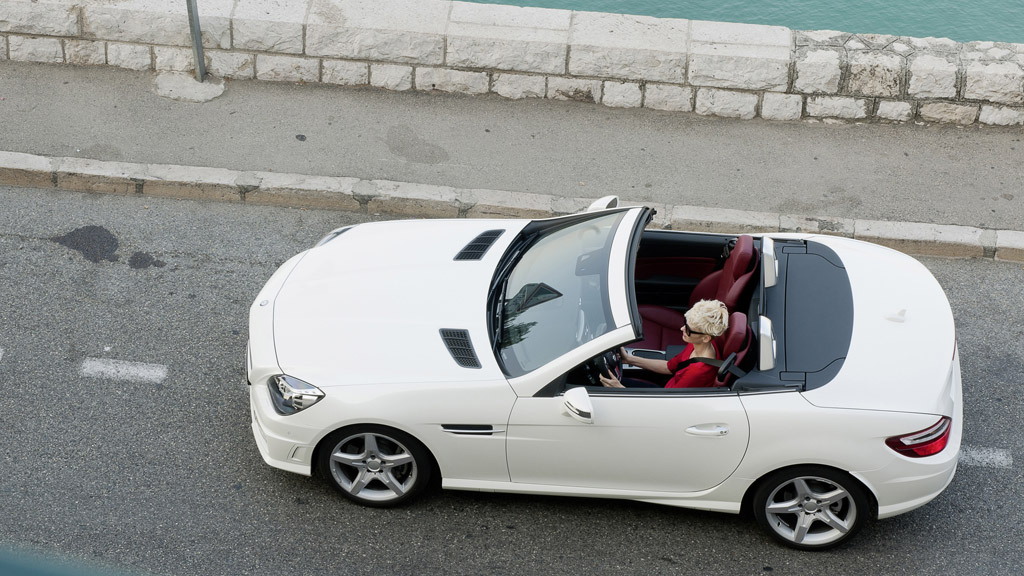 8
photos
A diesel sports car is a rare thing here in the U.S. In fact, it’s safe to say that no major automaker has one in its lineup.

In Europe, were the price of gasoline is significantly higher than diesel, you’ll find an oil-burner in cars like the Porsche Panamera, the Audi TT, and now the 2012 Mercedes-Benz SLK.

That’s right. For the first time, Mercedes-Benz is offering the sporty SLK convertible with a diesel engine: a four-cylinder unit with 204 horsepower and 367 pound-feet of torque.

But diesel engines and roadsters don’t go together--or so a common misconception would have it.

The diesel SLK, which wears an SLK250 CDI badge, will sprint from 0-60 mph in a reasonable 6.7 seconds, but with fuel economy as high as 48 mpg on the slightly more generous European combined cycle. Top speed is 151 mph.

Drive is sent the rear wheels via a standard 7G-TRONIC PLUS automatic transmission, though a six-speed manual will be available later in the year for those lucky enough to buy the car.

Nevertheless, as diesel starts to gain more fans in the U.S. the tide will slowly start to turn. For now, all we can do is dream--or move to Europe.