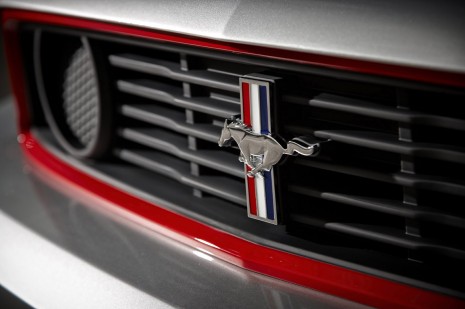 The new 5.0-liter Mustang GT is a blast, and incredibly capable considering its somewhat ancient mechanical roots (particularly in the suspension) but Ford is no longer content to let iterative upgrades dominate the Mustang range. The latest reports have an all-new model debuting in 2015.

That's a change from previous expectations of a 2014 unveiling for the all-new Mustang, meaning it'll also arrive a year later, sometime in 2014.

What should you expect of the coming redesigned pony car? It could use a global platform with a smaller footprint, independent rear suspension, and--fear not--rear-wheel drive. Beyond that, it's all up in the air.

We expect Ford's growing range of turbocharged EcoBoost engines to play a central role as well, though a V-8 option is likely to remain available. Turbo fours and sixes could be the mainstay models, however, delivering similar performance to the current V-6 and V-8 models while eking out slightly better efficiency.

In the meantime, Ford may refresh the 2013 model, including the 2013 Shelby GT500, with new options and features.

Stay tuned for more on the all-new 2015 Mustang.