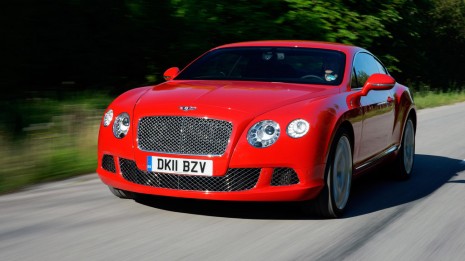 Prior to the global financial crisis of 2009 and 2010, luxury automakers were basking in a period of record growth and sales. Even the ultra-luxury marques, such as Bentley and Rolls-Royce, were riding this crest of strong demand, seeing their sales levels reach new peaks.

Then the crisis hit and sales numbers, especially in established markets, tumbled. The worst seems to be over, at least for Bentley, which is reporting today that its sales have reached the same heights of the period just before the financial crisis.

The luxury automaker from Crewe has revealed that its global sales for the first half of 2011 have increased by 20 percent on the same period last year. This equates to a sales number of 2,978 units for the past six months, the best start to a year by Bentley since 2008.

The surge in sales has been led by demand for the newly launched 2011 Bentley Continental GT and the popularity of the brand in China, where sales have increased by 57 percent on last year’s figures. A total of 680 Bentleys have been sold in China during this period, confirming our previous report that one in four Bentleys are bought by Chinese customers.

Other markets are also seeing steady growth, with North America buying up 907 Bentleys in the first half of 2011, an increase of 23 percent on last year, and Europe seeing 494 sales, a 25 percent rise.

Now the only fear is whether or not all this success may end up diluting the brand.