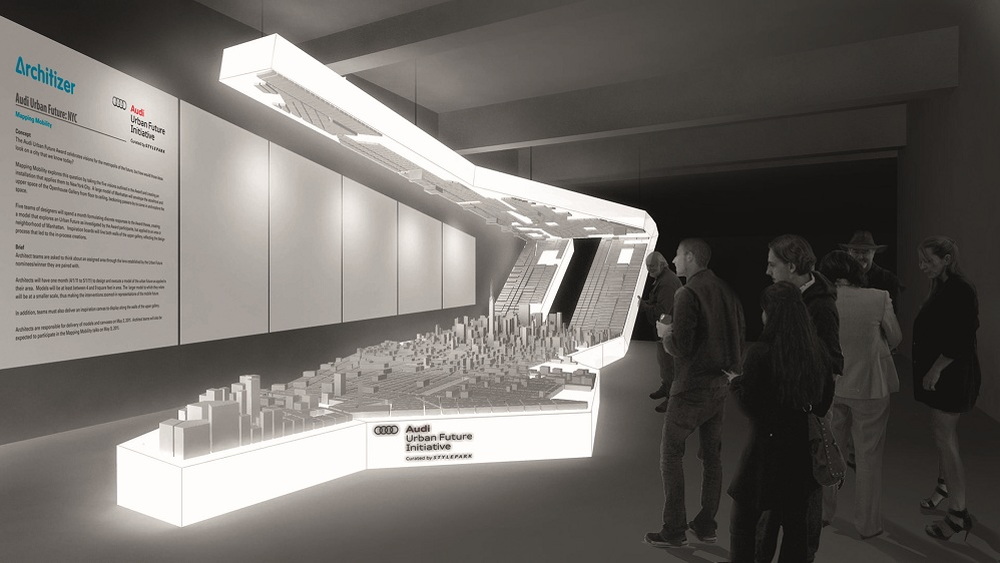 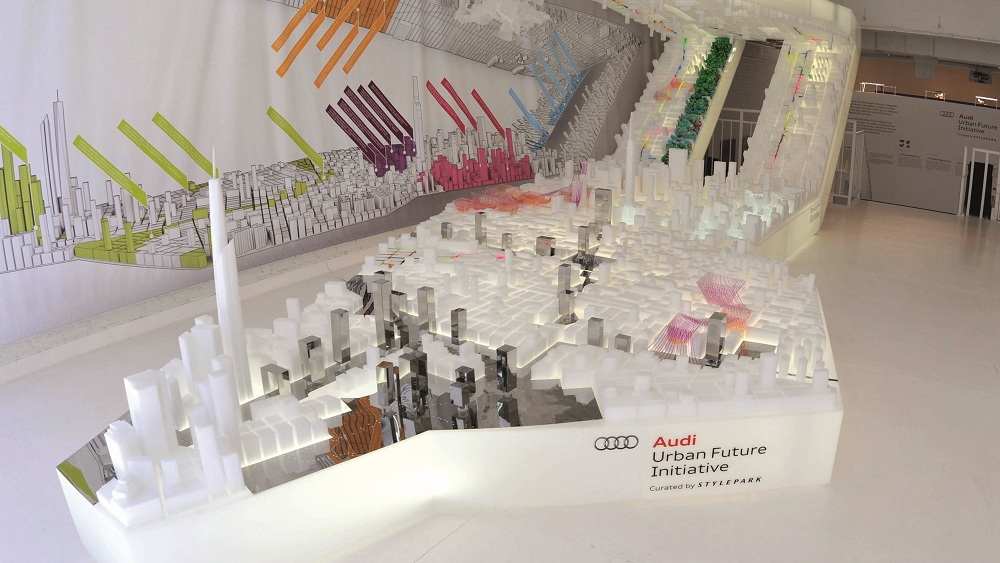 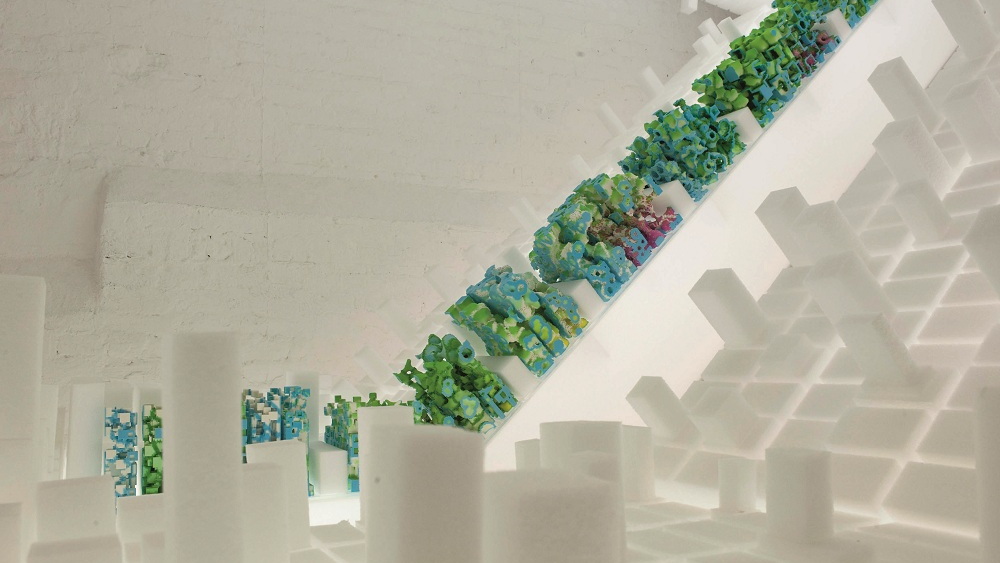 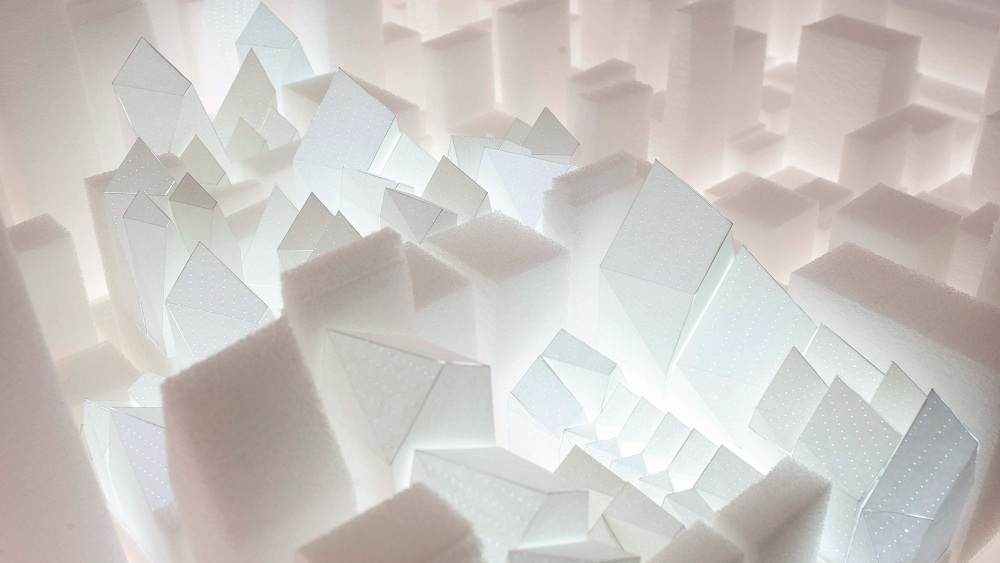 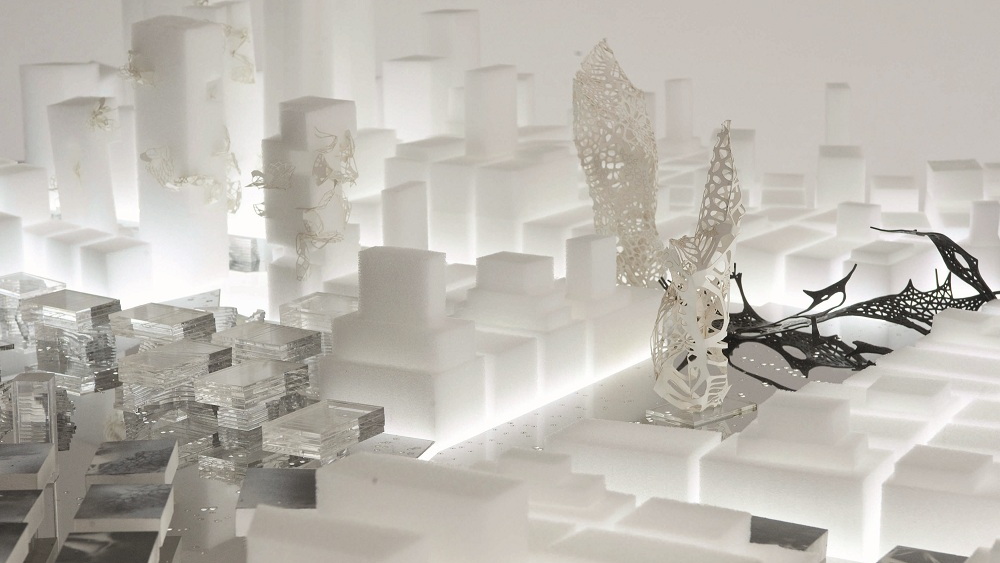 There are two things in this world that architects can't resist: funky eyewear and a good symposium. As proof of the former, we have Daniel Libeskind and Gordon Kipping. For the latter, we present the Festival of Ideas for the New City and one of its main attractions, a scale model of New York City as it might appear in 2030, courtesy of the Audi Urban Future Initiative.

The Festival of Ideas is just what the name implies: a place for architects, city planners, and other thinkers to come together and think about urban development, sustainability, and futureproofing. The Audi Urban Future Initiative is a project launched by the German automaker to consider urban mobility.

For the Festival of Ideas, Audi recruited architects and asked them to envision New York in 2030. The results on display at the Openhouse Gallery are simultaneously intriguing and confusing, as many architectural visions can be.

One thing that's not confusing, though, is Audi's centerpiece: a stunning model of Manhattan painstakingly rendered at 1:1200 scale, created with the help of the architecture community, Architizer. There are also five displays of NYC neighborhoods, as re-envisioned by the city's up-and-coming architectural firms. Since this website is devoted to cars, not architecture, we won't go into all the details, but if you're intrigued, there a lot more to see at the Audi Urban Future Initiative website.

Between this project and the Urban Intelligent Assist Project, Audi seems to be investing a lot of energy thinking about the future of urban life -- and for good reason. Most theorists agree that 60% of the world's population will live in cities by the year 2030, and since many of those cities are already congested, getting around will be a huge concern.

But more importantly: will we be tooling around the turnpikes in Audi e-trons two decades from now? The EVs seem curiously absent from Future Initiative renderings -- though there's at least one Smart Fortwo envisioned for Washington Heights.

Peter Schwarzenbauer, AUDI AG Board Member for Marketing and Sales, opened the events of the Audi Urban Future Initiative in New York on Saturday, 7 May. The exhibition of the Audi Urban Future Award 2010 in the Openhouse Gallery and the discussion meetings on the subject of mobility in the future made a long-term contribution in the context of the Festival of Ideas for the New City.

“We expect powerful impulses for all participants from the results of the workshops and discussions in New York: they will inspire the work of architects and planners, as last year’s Award did, and drive the public debate forward, “said Schwarzenbauer with reference to the aims of the Audi Urban Future Initiative. “And we at Audi learn from experts, learn from their ideas and perspectives, and apply this thinking to current projects. But we not only use these perspectives in single projects or at random. We are consistently and systematically looking for new ways to learn and grow,“ emphasized Schwarzenbauer.