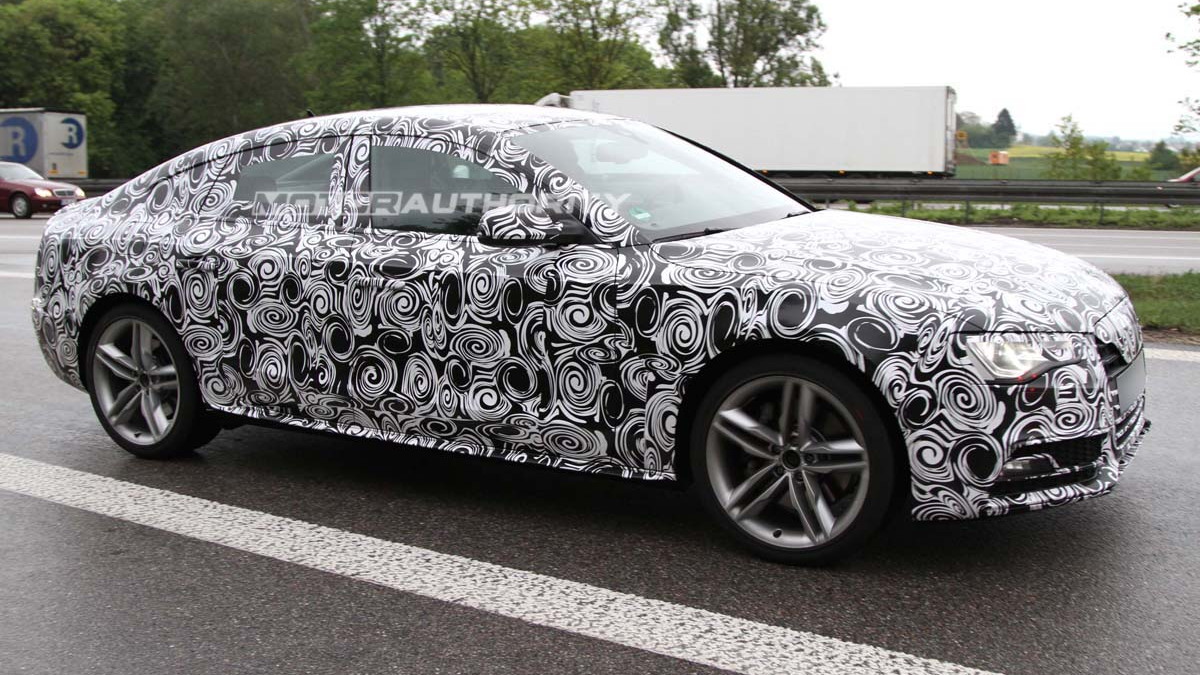 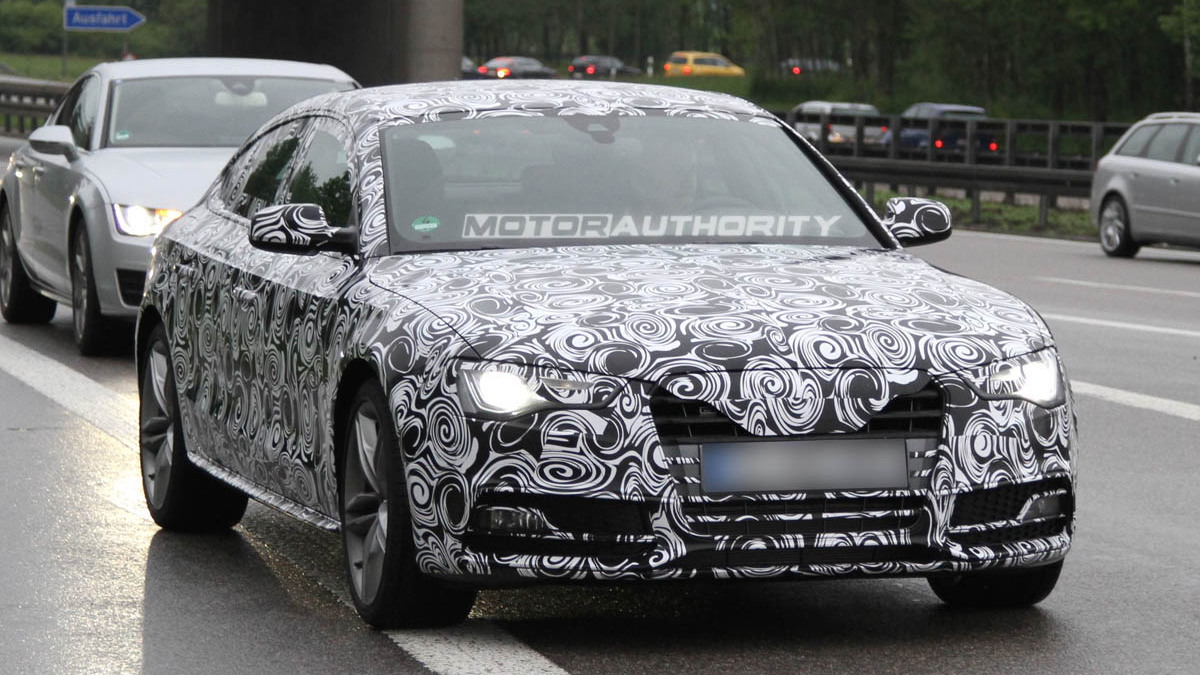 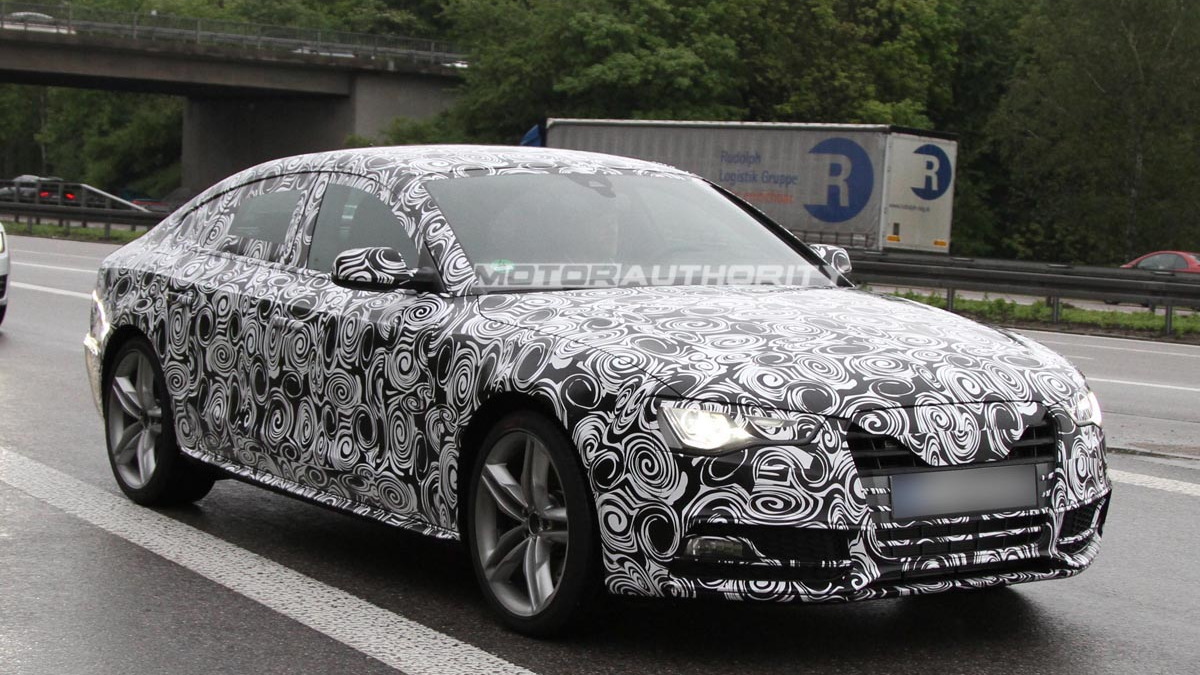 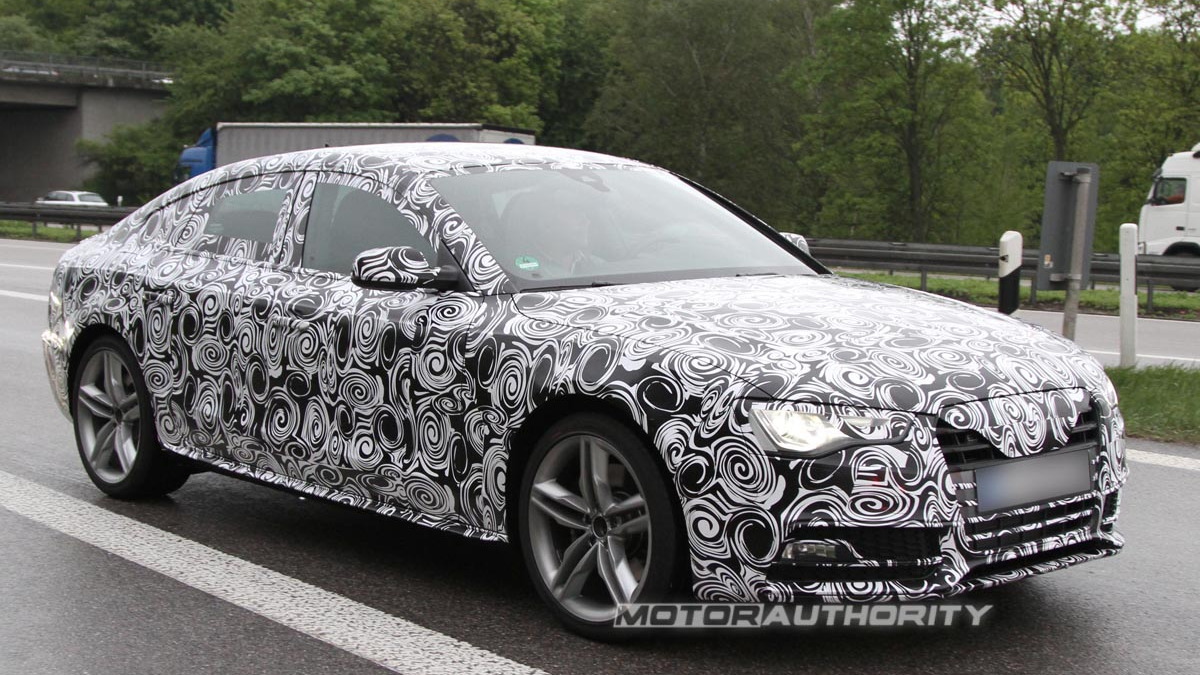 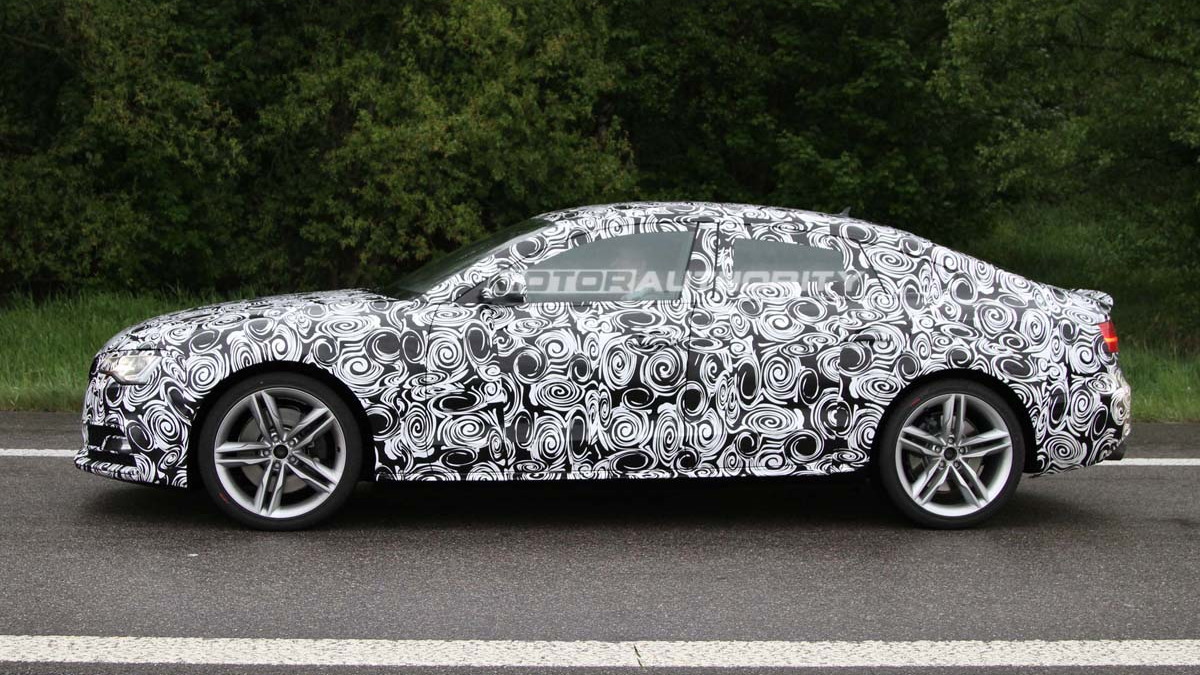 Facelifts, revamps, mid-cycle updates--call them what you will, they usually bring minor tweaks and mild upgrades. These spy shots of the upcoming Audi A5 Sportback update hint that larger changes may be afoot, particularly for the S5 variant.

With a face that looks decidedly more A6-like and a similarly-updated LED rear light layout, the car spied here wears heavier camouflage than the typical air-dam-and-side-skirts tape you find on most facelifts.

New fog lights and reshaped front air inlets also appear to feature under the disguise. Though the profile is similar to a smaller A7, some design cues found on the new, larger four-door coupe don't appear to have made the translation, including the 100 Coupe S-inspired kick at the rear window line. While it's hard to tell with the swirly vinyl coating, the side panels may have received some of the A7's slimming surface undulations, however.

We'll keep digging on more details and info, as well as the latest spy shots, as development of the car continues. For now, look for a debut of the car at next year's Geneva Motor Show, about six months after the facelifted standard A5 is expected in Frankfurt. You can also find a preview of the sportier end of the A5 line's updates with our 2012 Audi S5 spy shots.