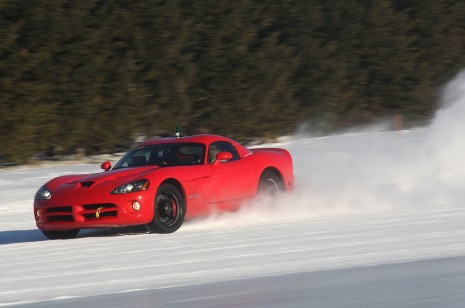 The outgoing Dodge Viper was known for its brutish driving dynamics, and that separated it from other similarly-priced sports cars. Now, the company is looking to cast a wider net for potential buyers.

Dodge CEO Ralph Gilles told Automotive News that Dodge is talking to owners of competing models to see what they do and don't like about the Viper and their own cars. Porsche is one of the makes targeted.

Dodge is doing this because high-end sports-car customers only interact with the brand when shopping Vipers. So the company would like to better understand this type of buyer.

This could also be an indication that maybe the next Viper itself will be less fundamental and offer more refinement, in order to capture more buyers. Previous owners had to put up with a car that was low on creature comforts even by two-door supercar standards. Perhaps the next Viper will be as scary fast as the outgoing model, but offer more luxury to owners who just want to show off at the local country club.

The next Viper hasn't been seen in public yet, but dealers have seen it, and at least one suggested that it was influenced by the limited-edition Alfa Romeo 8C Competitzione. Perhaps not surprising, given that Fiat has a huge stake in Chrysler and also owns Ferrari, Alfa Romeo, and Maserati.