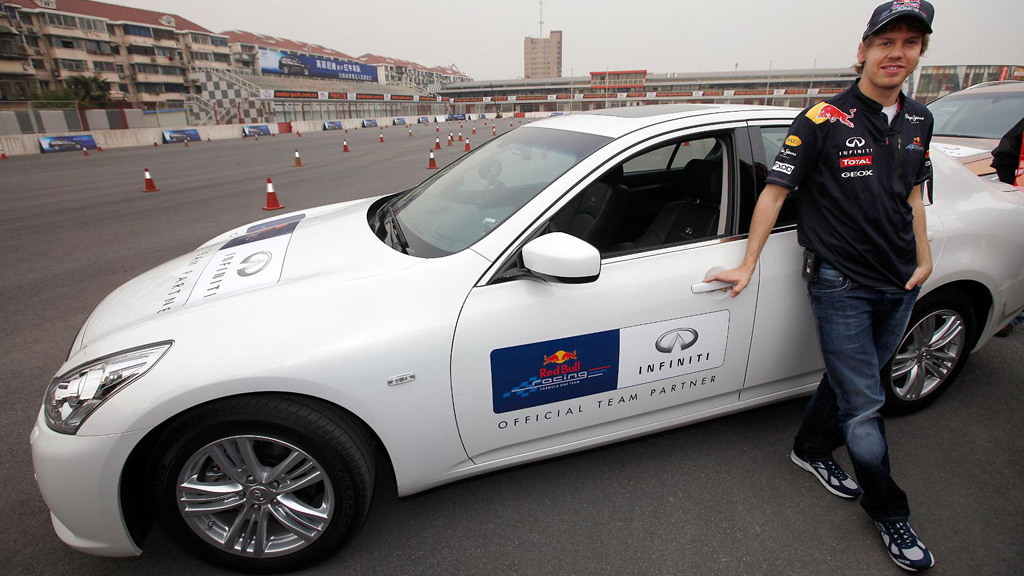 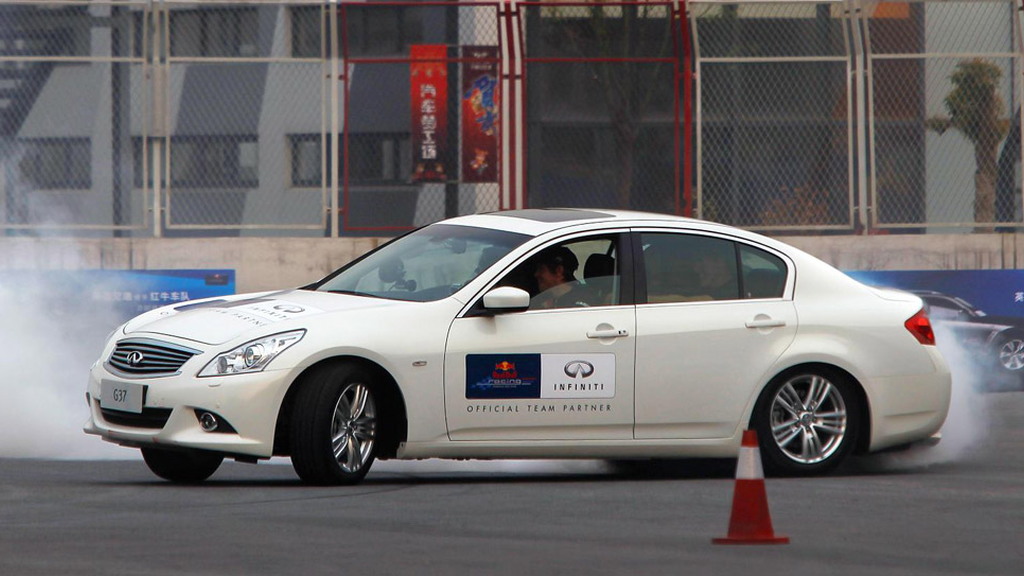 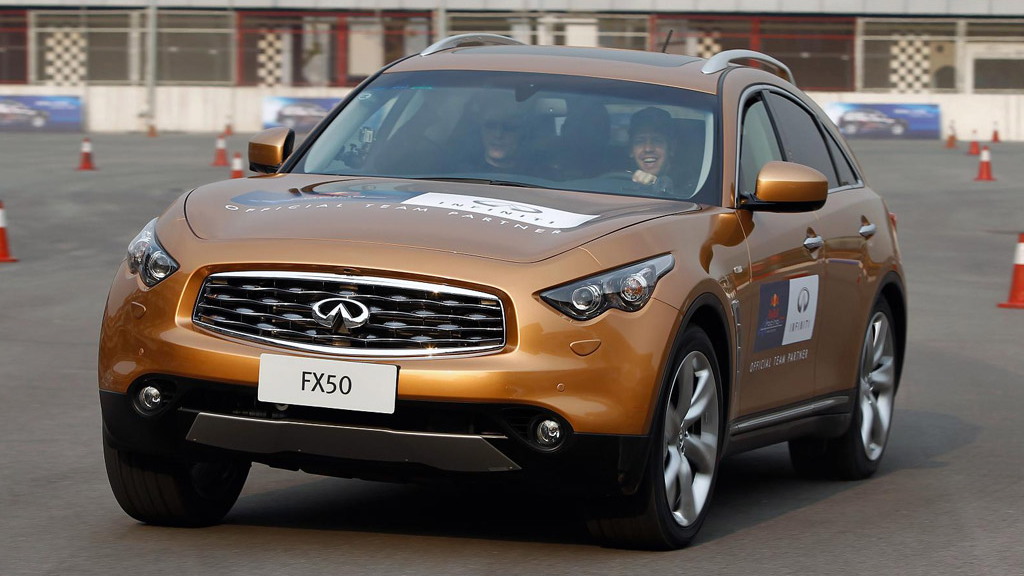 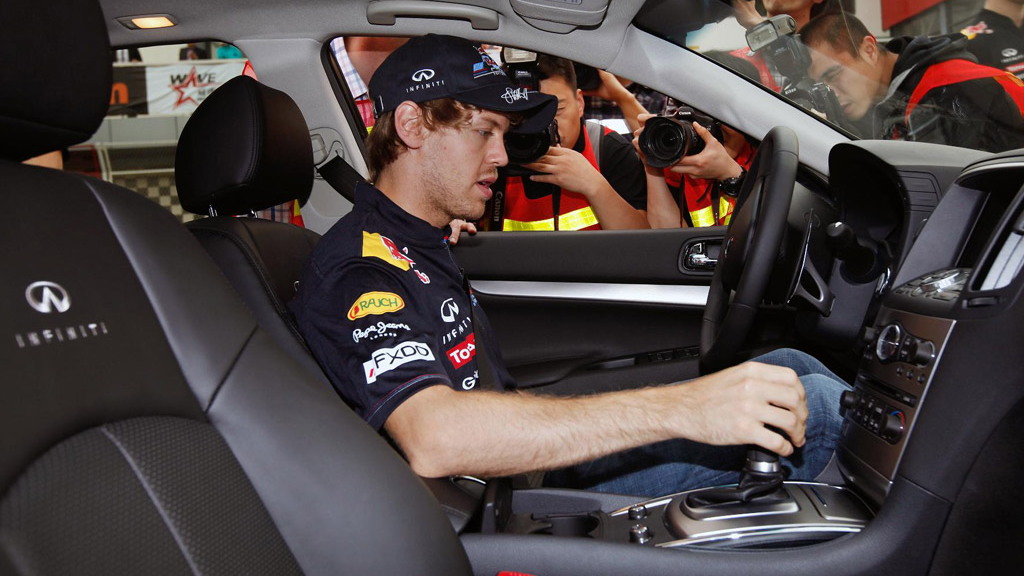 Infiniti is making the most of its sponsorship deal with Formula 1 team Red Bull Racing and its star driver Sebastian Vettel, having the current champ take a pair of its luxury models out for some race track antics ahead of this weekend’s 2011 Chinese GP in Shanghai.

Fresh from his dominant win in last weekend’s Malaysian GP, the 23 year-old German took to the wheel of a 5.0-liter V-8 Infiniti FX50 followed by a 3.7-liter V-6 Infiniti G37 and amazed onlookers by lapping the circuit at high speed.

After the driving session, Sebastian visited an Infiniti Center in Shanghai where he met fans and senior Infiniti executives, plus toured the showroom to take a closer look at the full Infiniti range.

The event also coincides with Infiniti’s launch announcements for the Asia-Pacific region, with the brand either currently or soon-to-be opening up showrooms in China, Malaysia and Australia, plus a host of other countries in the region.