Have you ever asked to speak to someone’s manager and then been approached by the boss of the whole company (in this case the regional chief)? Probably not, but that’s roughly what happened to one customer angered by delivery delays of a recently purchased 2011 Audi S4.

Going by the name of Datz, a member of the Audizine forums posted his account, a partial transcript of which is pasted below:

“I have been waiting for my S4 order to arrive for quite a while now. I ordered on December 9, 2010 and was told 75 to 90 days, even though I ordered Daytona Gray, a custom color. My build date kept getting pushed back, from January to February, to March and finally to May, putting my delivery date at sometime in mid to late July. When I got the news of the May build date/July delivery from my SA, I was not pleased to say the least.”

Having already paid for the new sedan, including an additional $2,500 for the special “Audi Exclusive” paint, which later we find out was not the only reason for the delay, the Audi customer was understandably upset. 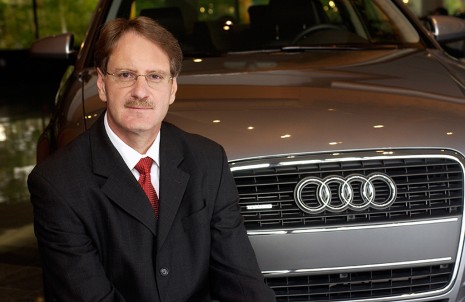 In response he mailed off a series of complaints, including one to Audi’s U.S. chief Johan de Nysschen. Interestingly, his complaints didn’t center on the fact that his order was delayed but rather he wanted to drill home the issues that Audi needed to fix in order for the company to stand as one of the top luxury brands in the country.

To his surprise, de Nysschen offered his personal assistance to solve the problem, which included calling the head of production in Germany and having the car moved up in line. He also explained why the delay was caused, citing issues with dealership communication, and offered the customer a loaner 2010 model in the interim.

Nice to see Audi pull through on this one. We just hope every Audi customer from now on is treated with such care--but somehow we doubt it.