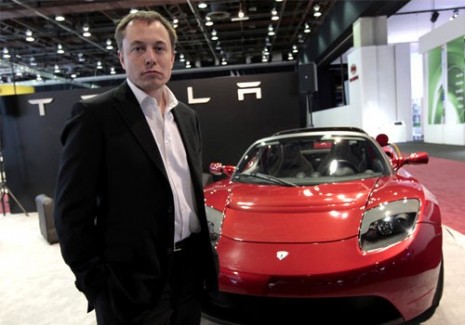 In the ongoing battle between Tesla and Top Gear, Elon Musk, CEO of Tesla, has finally spoken, comparing the BBC’s popular automotive television program to a Milli Vanilli concert. That’s right, the music band whose Grammy award was revoked when the lead performers admitted they didn't actually sing.

While speaking to The Detroit News, Musk goes on to describe Top Gear as “completely phony” and once again highlights the fact that the script for the ‘review’ of the Tesla Roadster on Top Gear was already written before the cars were even delivered for testing.

Though one could justify Top Gear’s representation of the Roadster’s performance as ‘entertainment’, Musk, a man rarely willing to back down from a fight, explains that the staged scene of the car breaking down and coming to a complete stop still haunts his company. Remember, the show first aired almost two years ago.

Whilst trying to earn funding for the company during its IPO last year, Musk claims that he was repeatedly faced with the question of why the car broke down on the show.

He even revealed that the BBC has apologized to Tesla for the particular episode yet continues to air it to an audience of more than 350 million people worldwide.

Tesla has served the BBC and Top Gear with a lawsuit for libel and malicious falsehood against its electric Roadster and the case is now headed for a court in the UK.

You can rest assure, the MotorAuthority team will keep you updated on the topic. In the meantime, here's a link to a video of the review in question, and you can read up on Top Gear’s side of the story by clicking here.