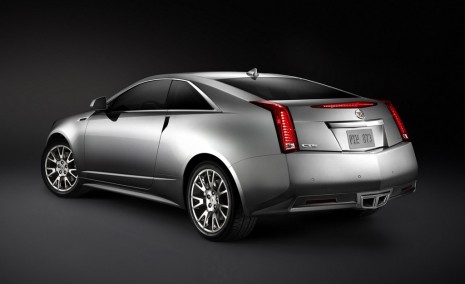 The last we heard, the next-generation Cadillac CTS would be ditching the current model’s Sigma platform in favor of GM’s new Alpha rear-wheel drive platform in an endeavor to shed weight and pick up the latest technology.

However, such a move allegedly would have ended the chances of the redesigned CTS spawning a replacement for the CTS Coupe and even the CTS Sport Wagon. Those responsibilities were to be handed to the new Alpha-based ATS, which like its BMW 3-Series target, was to be the model to offer up coupe, convertible and wagon bodystyles.

It turns out the CTS will still be based on the new Alpha platform, albeit in extended form, and with it will come replacements for the CTS Coupe and CTS Sport Wagon as well as a brand new CTS Convertible.

According to Motor Trend, sales of the current CTS Coupe are proving too successful for GM to ignore. In fact, the automaker reportedly already has a number of “stunning” design proposals for the new CTS two-doors.

Apparently, GM planners are looking to use the new CTS variants to serve as Cadillac’s most expensive models until a true flagship sedan with a six-figure price sum is launched. Unfortunately, this doesn’t leave much room for the introduction of a smaller ATS family, though we wouldn’t rule anything out.

Expect a debut of the next-generation Cadillac CTS sometime in late 2014.