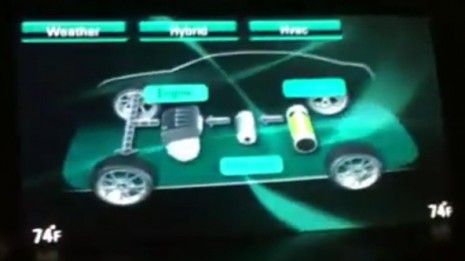 The launch event for the 2012 Buick Regal with eAssist is going on right now in Chicago, and our man Joel Feder is on the scene. The video below is the first footage of the eAssist Regal's hybrid information screen, part of the touchscreen interface that will be standard on all 2012 Regals.

The fact that all 2012 Regals will get the standard touchsreen is news, and an important factor when considering competition from the likes of Lincoln and Hyundai, both of which have intuitive, touch-sensitive infotainment systems in comparable vehicles like Sonata and MKZ, though the Sonata's is an add-on option.

We'll have more details on the Regal, eAssist, and the standard touchscreen interface soon. For now, enjoy our exclusive footage of the pre-production prototype for the new interface.