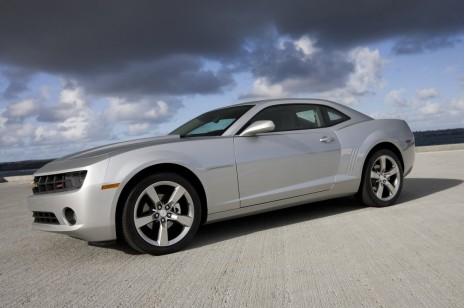 A report on an enthusiast site and numbers on the official EPA fuel economy site point toward a new Camaro model optimized to achieve 30 mpg highway. The current base V-6, automatic-equipped 2011 Camaro is rated at 29 mpg, so the gain isn't huge--just 1 mpg city and highway--but it's the round 30 that counts in the publicity battle against Ford's Mustang.

The new Camaro will reportedly be dubbed the 2LS, an upgrade from the currently available 1LS. The 2LS will only come with the V-6 engine, six-speed automatic, and 18-inch steel wheels, plus a 2.92 rear axle ratio. Also according to the report, the 1LS will be bumped to manual-only status.

Ordering is set to start February 24, so we wouldn't be surprised to see the car make its debut at the Chicago Auto Show this week. Pricing for the 2LS is said to start at $24,700.

Check out the official EPA rating (and note the slight difference in transmission nomenclature) at Fueleconomy.gov, and then hit up the report, which reads a lot like an internal dealer memo, and appears to have been posted by a dealer, over at GM Inside News at the link below.