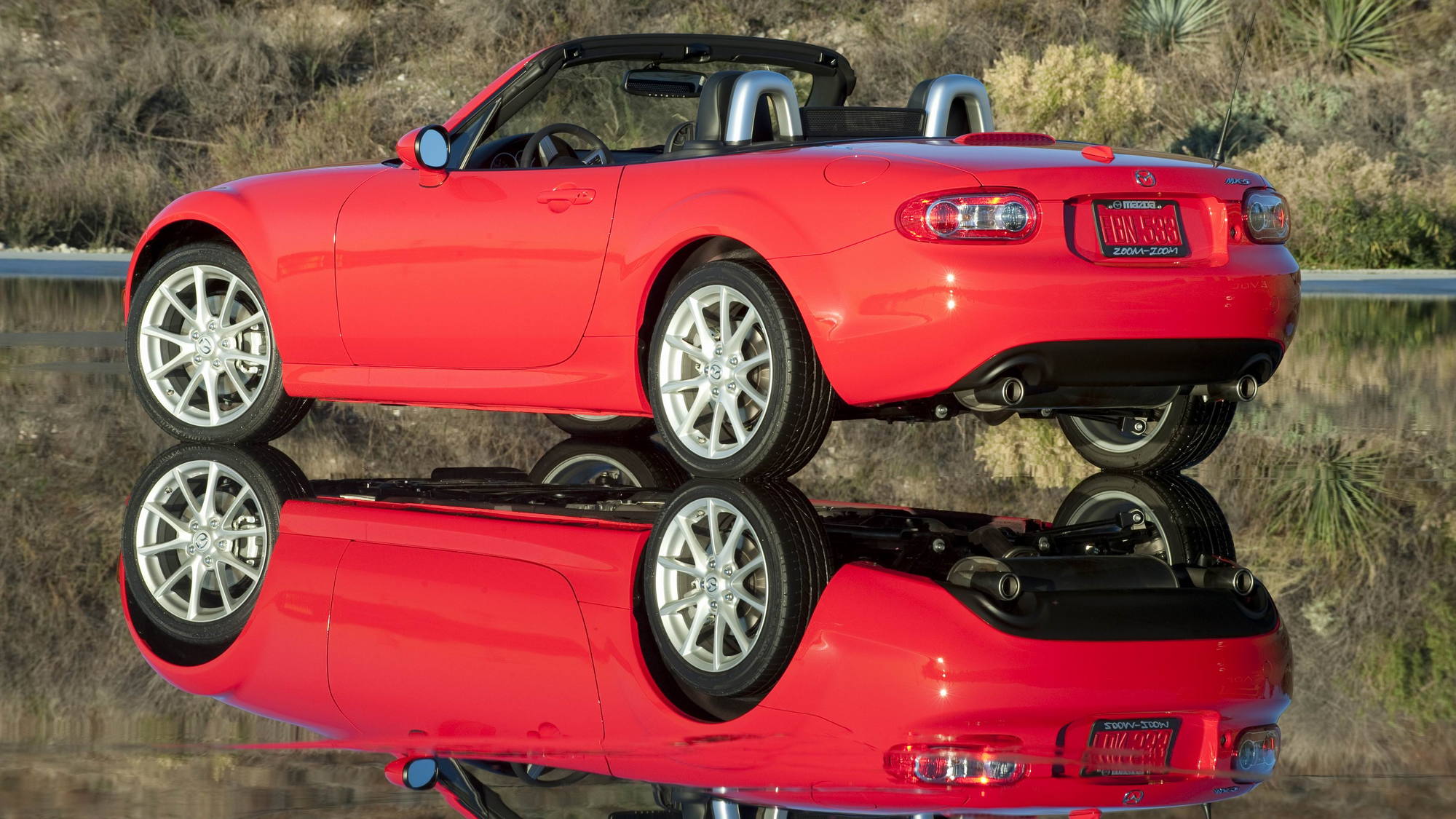 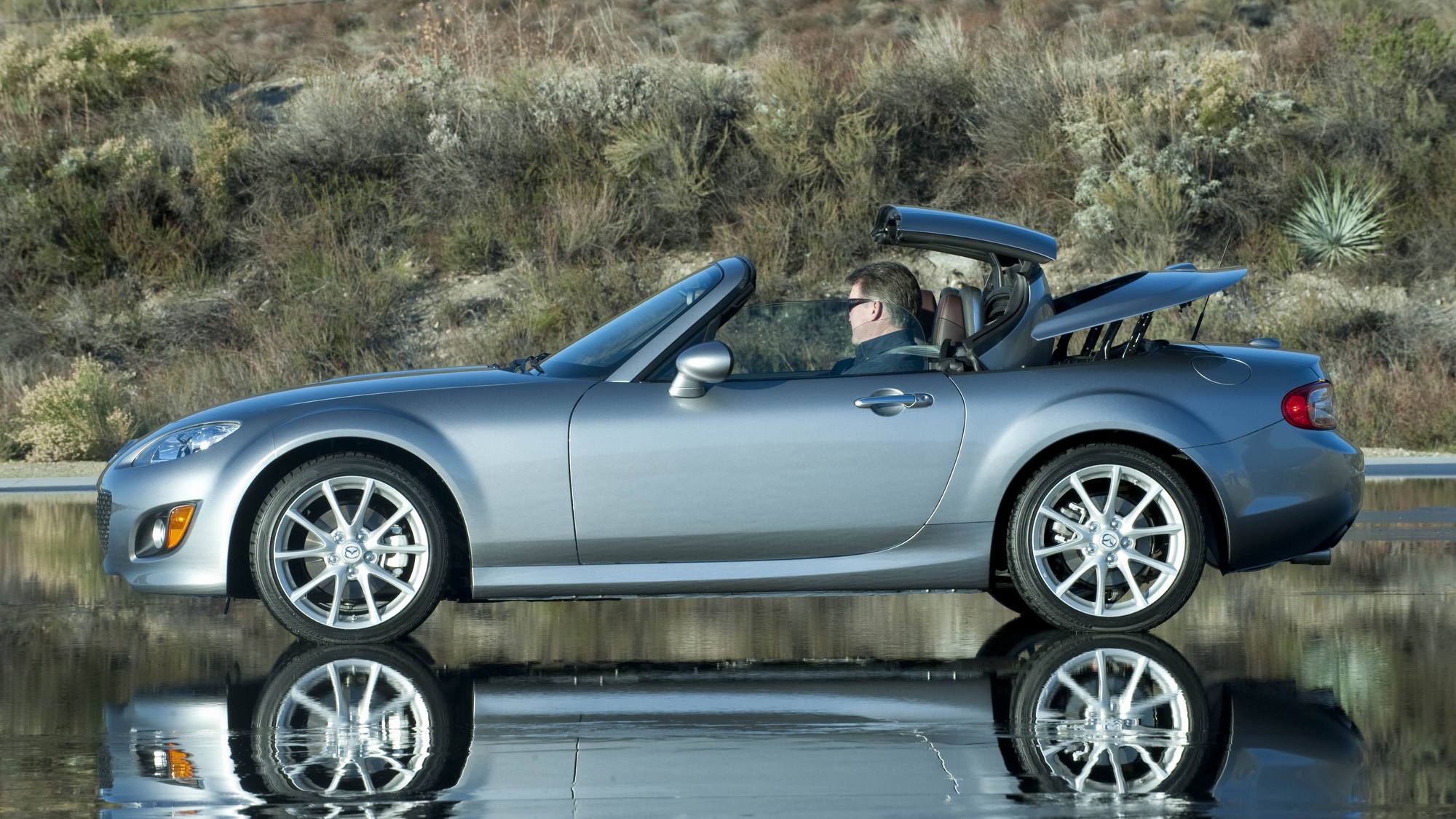 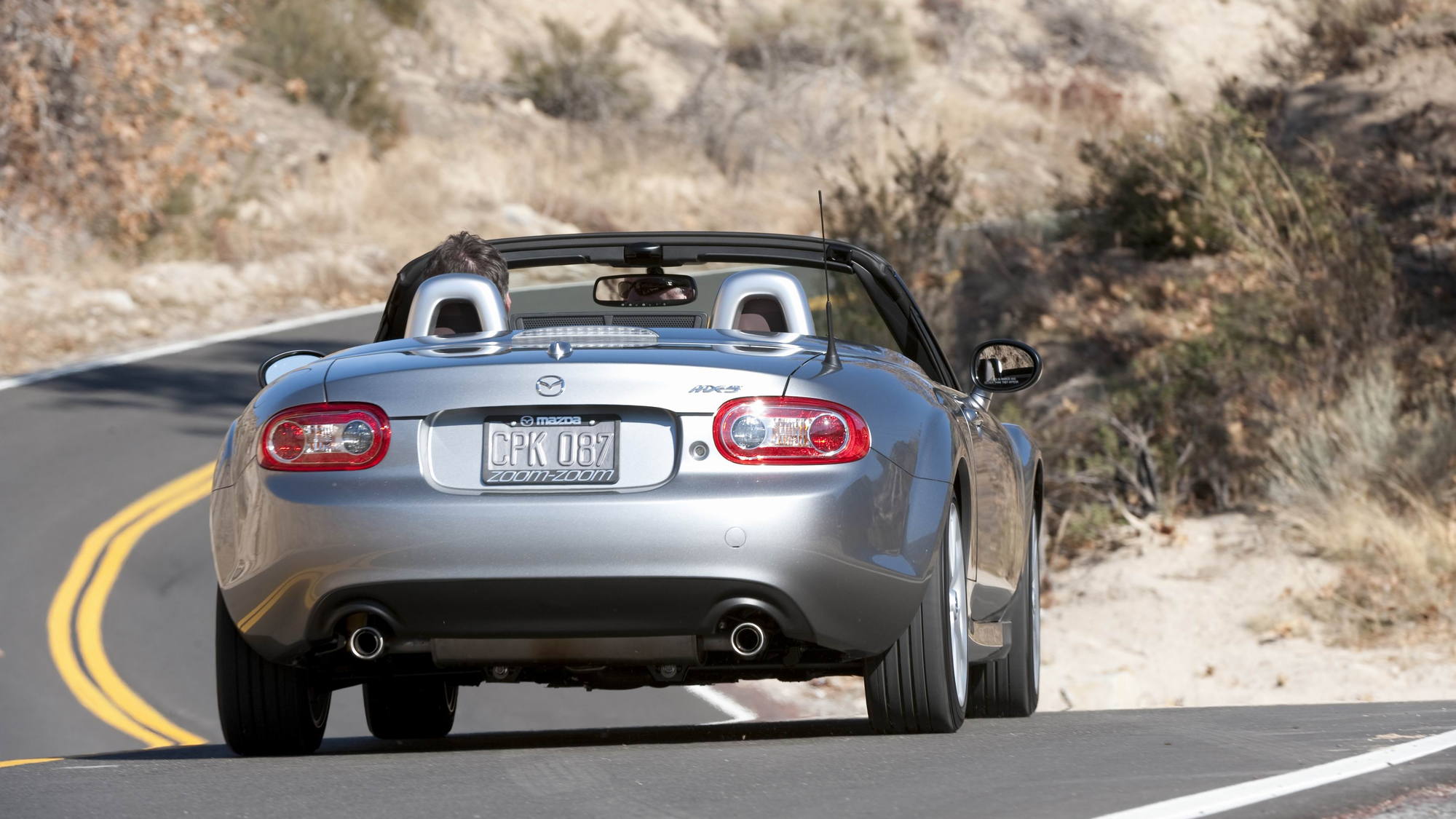 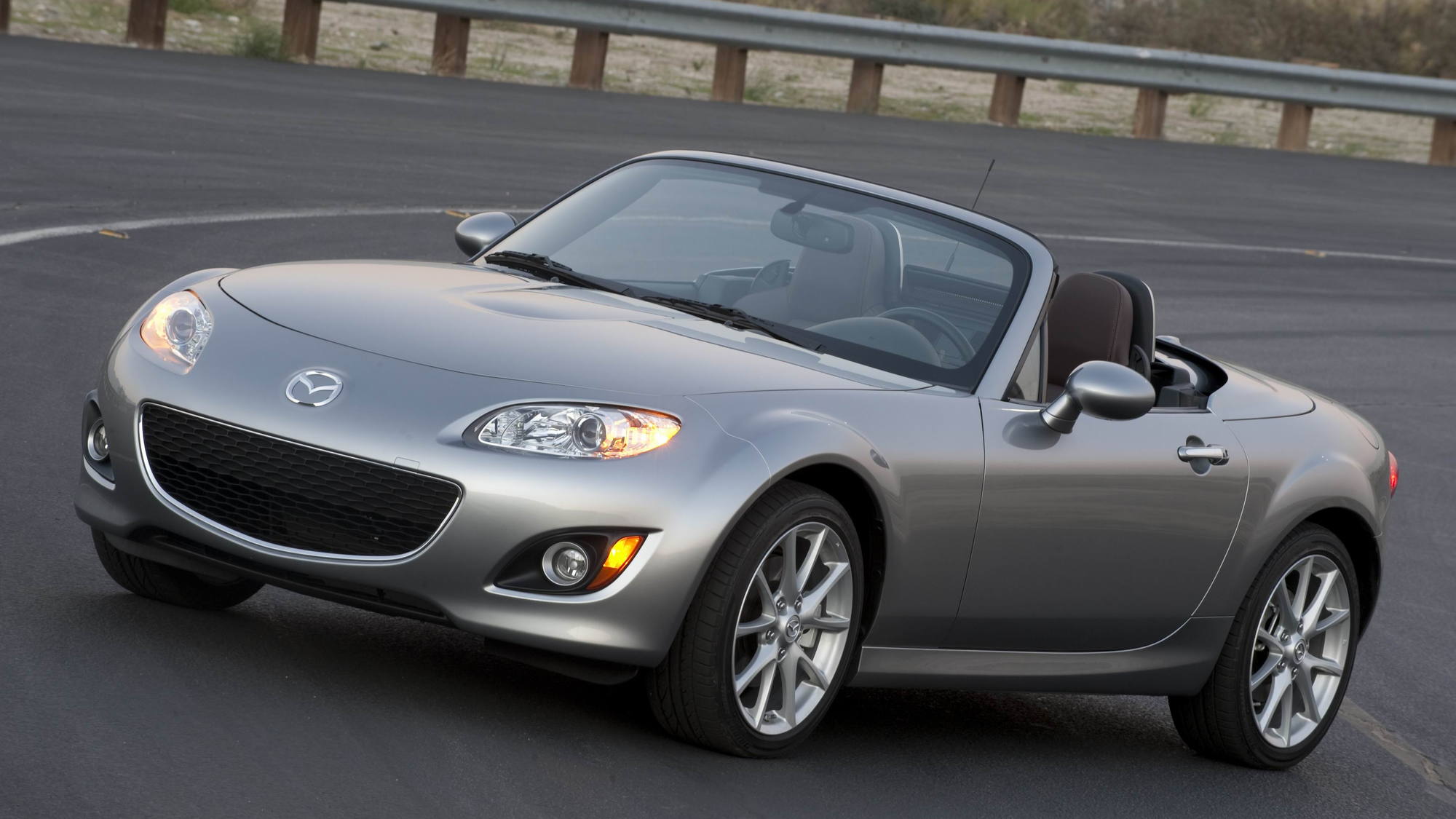 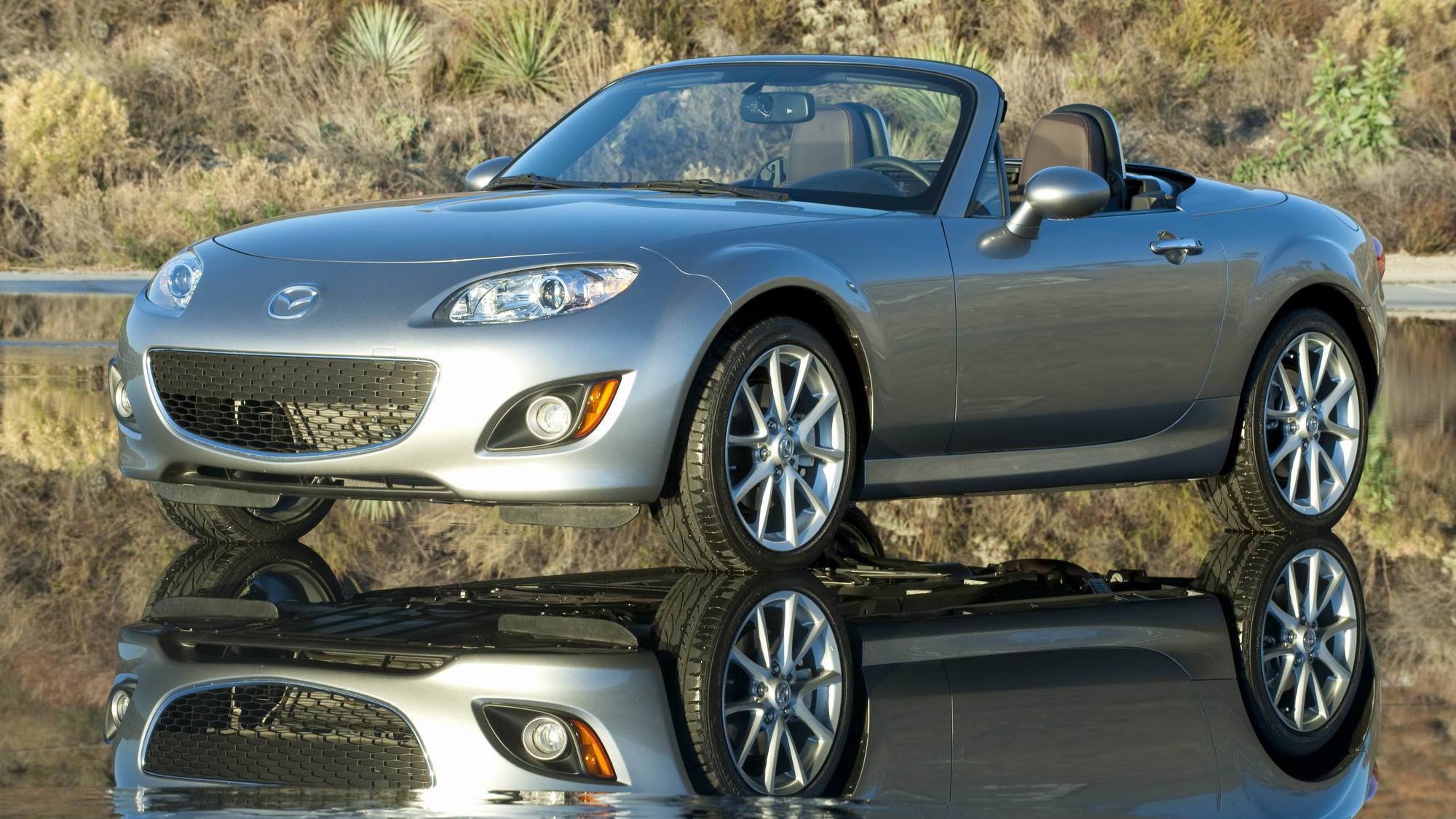 Calling the Mazda Miata MX-5 "a machine which drives with all the precision of a boneless limb" is a harsh, and, among owners, enthusiasts, and the automotive press, unpopular statement. But EVO's Chris Harris actually makes a few fair points.

His overall sum-up, that the MX-5 is equivalent to excrement, is a bit over the top, but in stock form, the MX-5 does fall victim to his key criticisms: that it's overly soft, imprecise, and unexciting.

Hold Your Horses
Before you get all revved up: I own a third-generation MX-5. I've driven the car hard on back roads, autocrossed its wheels off in stock form--right down to the 205-width all-seasons--and generally hammered it since I purchased it three months ago. So I understand where Harris is coming from.

Compared to a more focused, powerful, and expensive sports car, the MX-5 seems downright pedestrian. It is well-balanced even if under-sprung from the factory, but that's about its only redeeming virtue. It flails about, with more body roll and brake dive than a Camry, and gets out of its own way only reluctantly, and only when the driver wrings its 167-horsepower (or 170-horsepower, depending when the rating was done) 2.0-liter mill within an inch of its life. For those of us regularly exposed to 500-plus horsepower, track-tuned beasts, the little roadster that could largely can't.

There is, of course, no shortage of SCCA Stock Class autocrossers who would strongly disagree with Harris's sticky-tire assessment of the MX-5's capabilities, even in stock trim, not to mention the legion of MX-5 Cup and Spec Miata road racers that know how good the cars can be with a little work. And of course the enthusiast community behind the MX-5 disagrees, too.

More than meets the eye
So why did I spend my own money on one? Because, beneath the mass-market appeal of soft springs, cute looks, and docile handling lurks a wealth of potential waiting to be unleashed.

For those interested in high-G-force cornering, transitional ability, and razor-edged handling, the platform the MX-5 sits on is one of the most capable open-top arrangements on sale today, particularly at its price point. Replace the springs and dampers, add a real limited-slip differential, replace the header and exhaust with higher-flow units, give it a tune, and throw on some wider wheels and tires and you've got a recipe for a corner carver that will slay competition costing two or three times the $20,000 you've invested in the MX-5 (including its purchase price).

Sure, interior quality is still a bit behind the curve, the seating position could be better for very short and fairly tall drivers alike, and there are some NVH issues to deal with, but with a handful of improvements, you can turn the hairdresser's roadster into a true sports car--for a bargain price.

Project STR: coming soon
Don't believe me? I'll be showing you just how to do it in an upcoming series of articles detailing the build of my own MX-5. Designed to compete in (and hopefully win in) the SCCA's Solo II (autocross) class known as Street Touring Roadster, or STR, it's already underway. Look for the first piece to come later this week. Here's a teaser for the first installment: