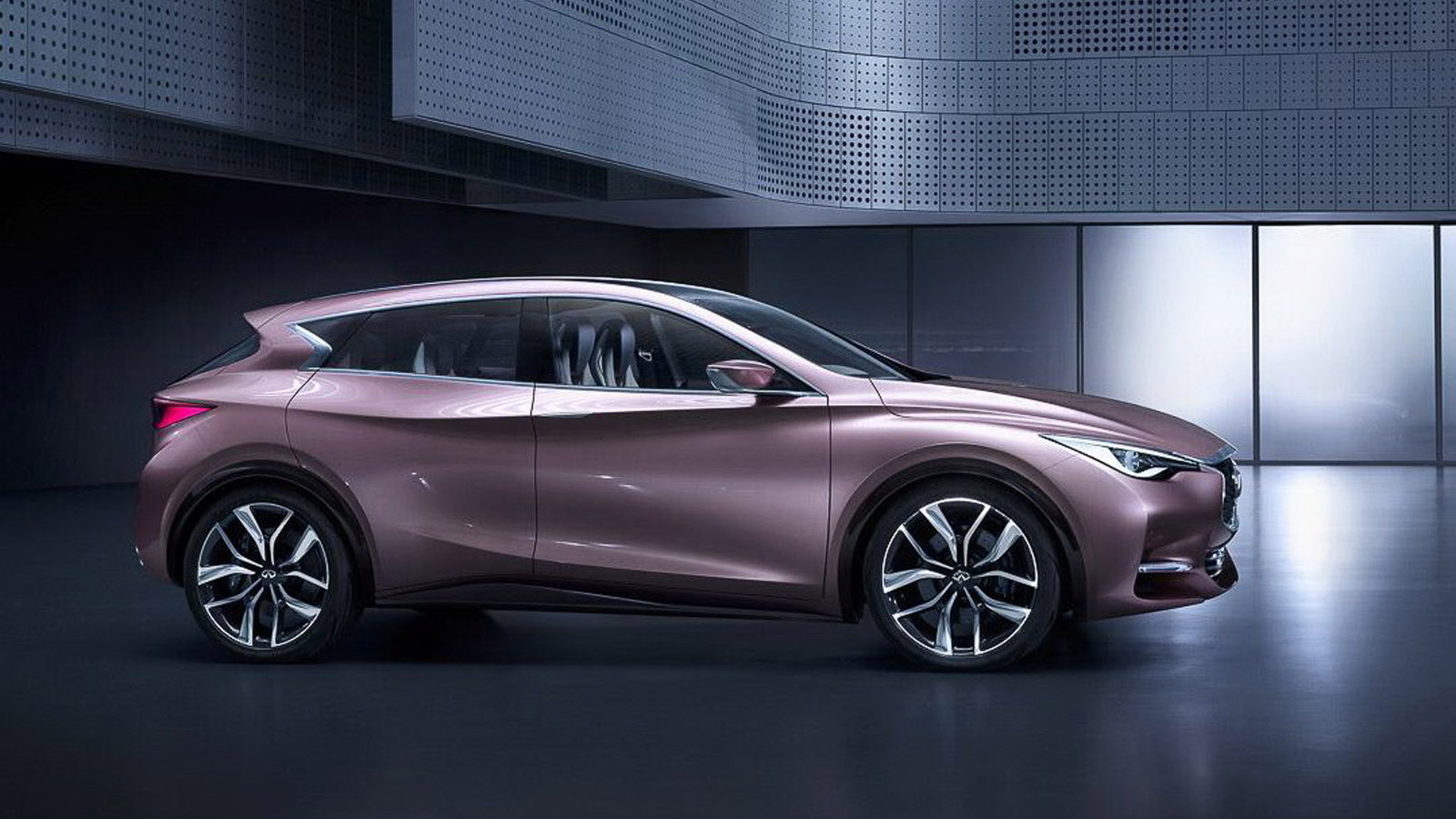 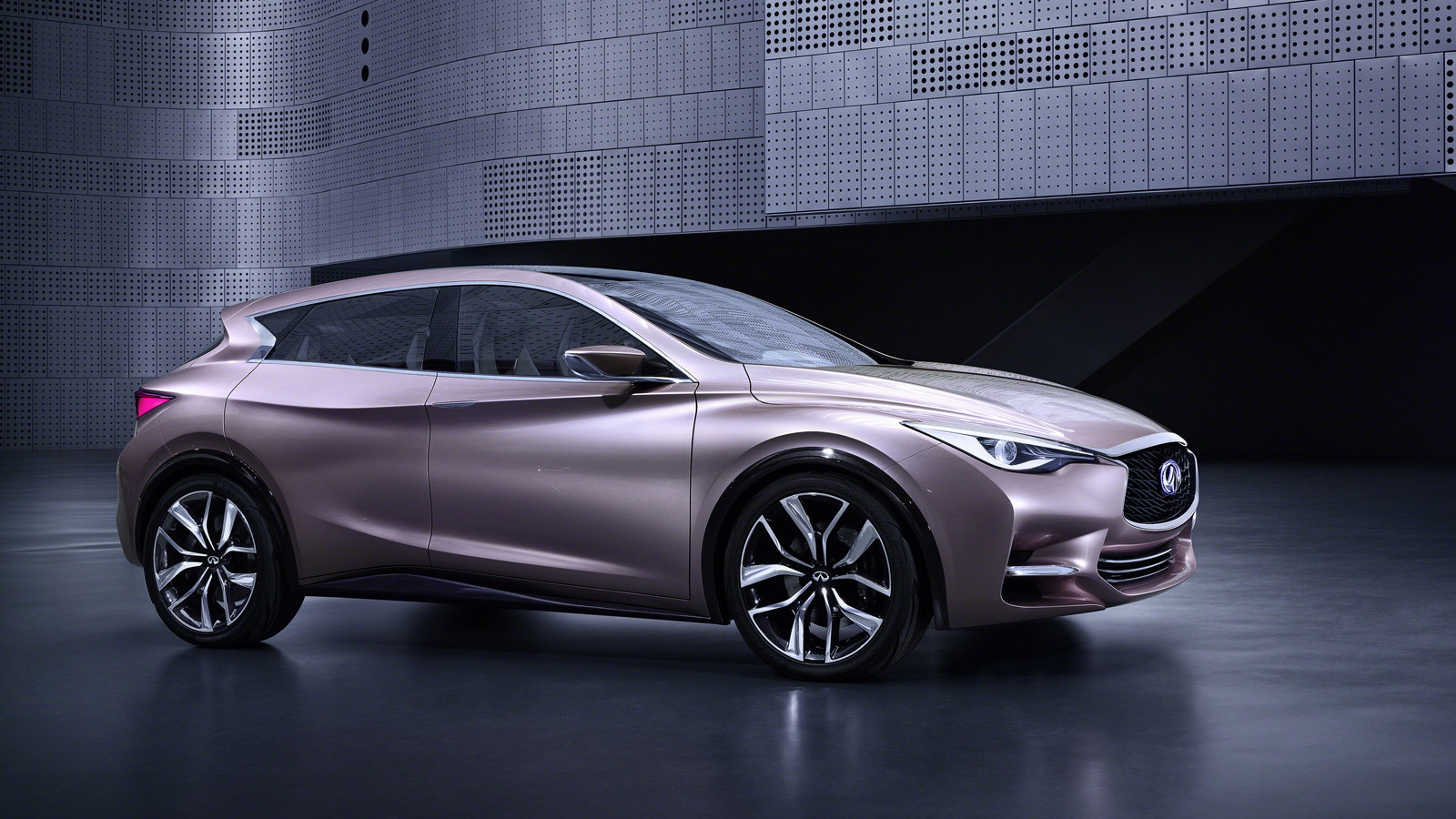 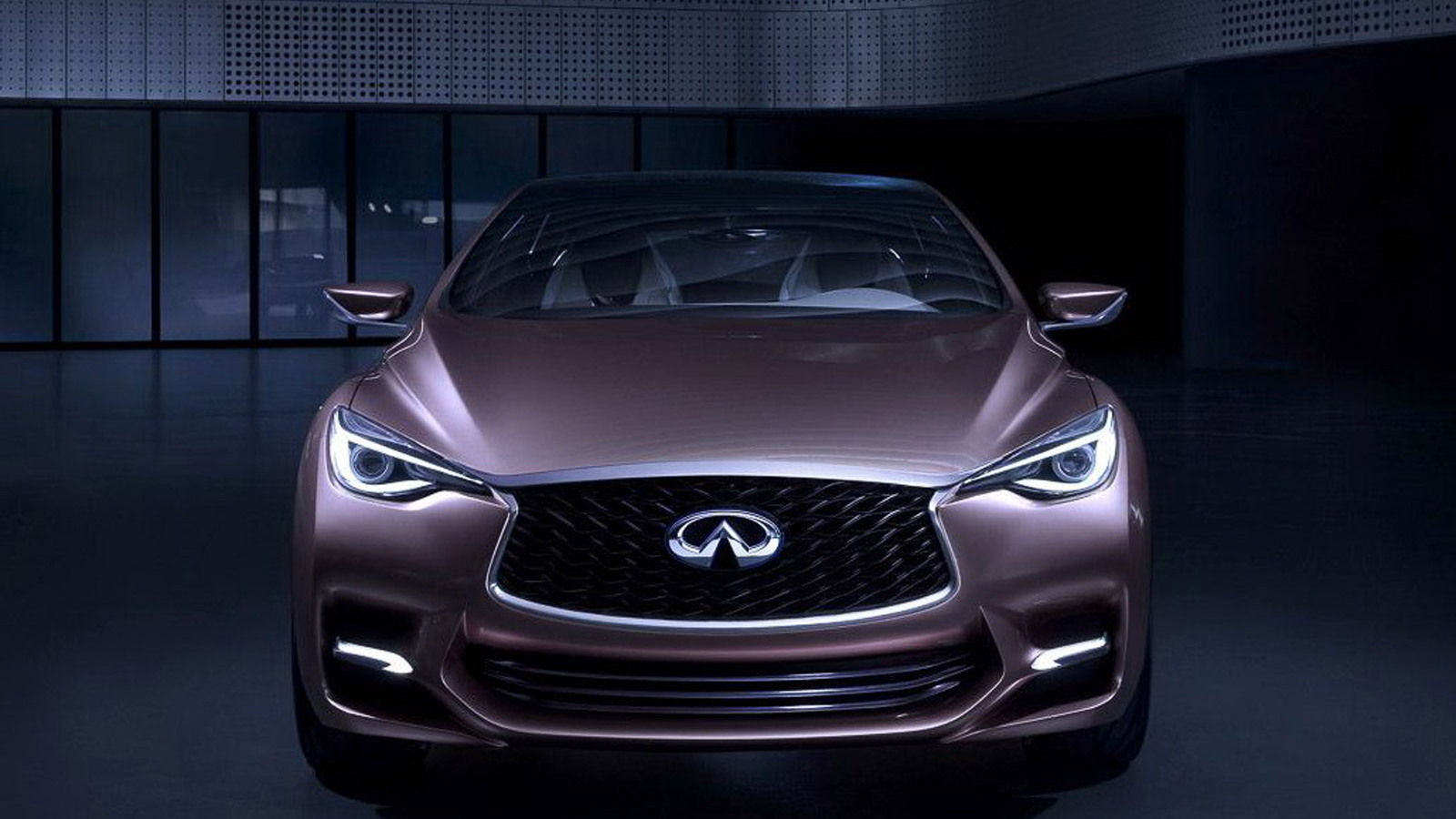 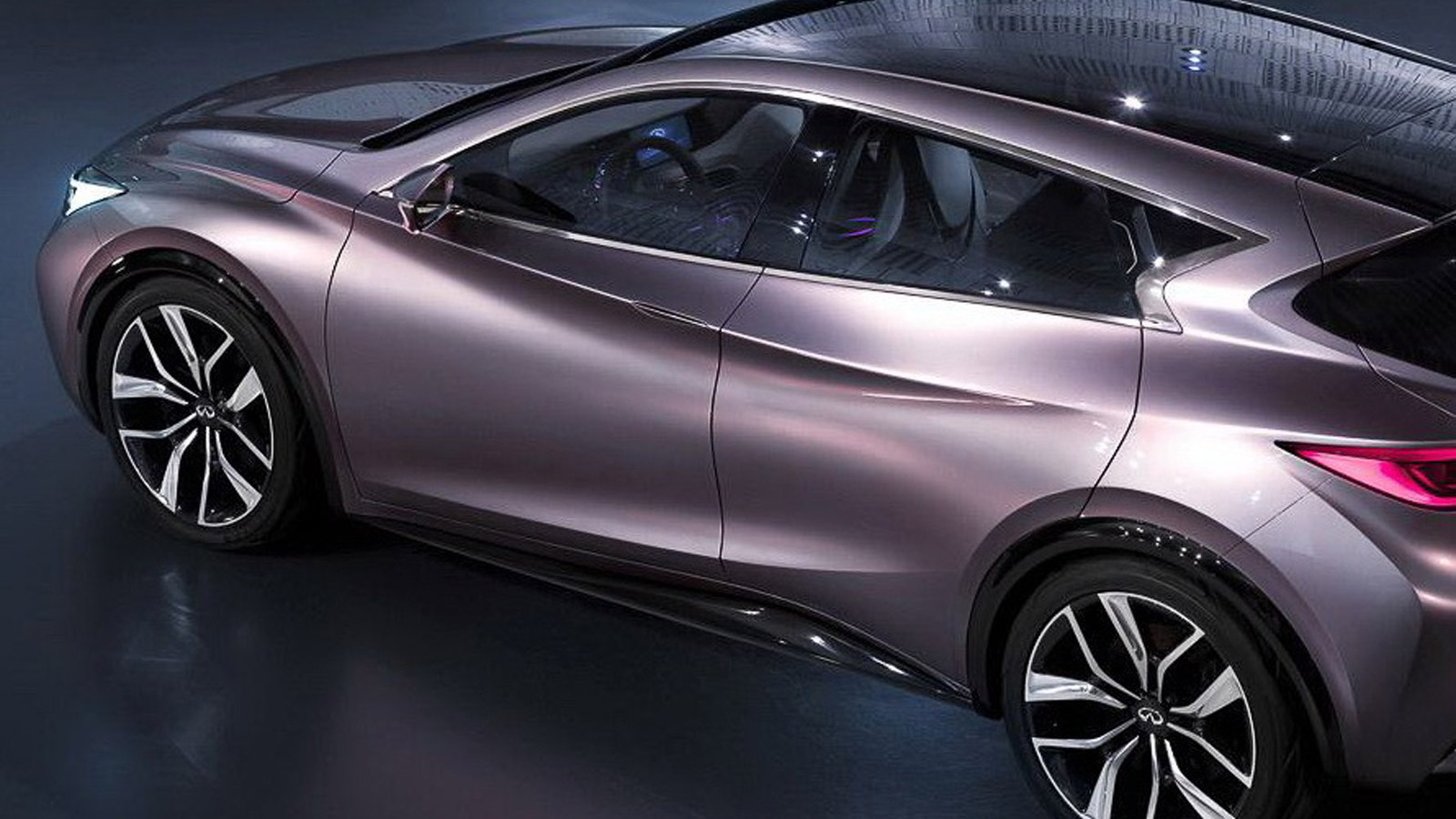 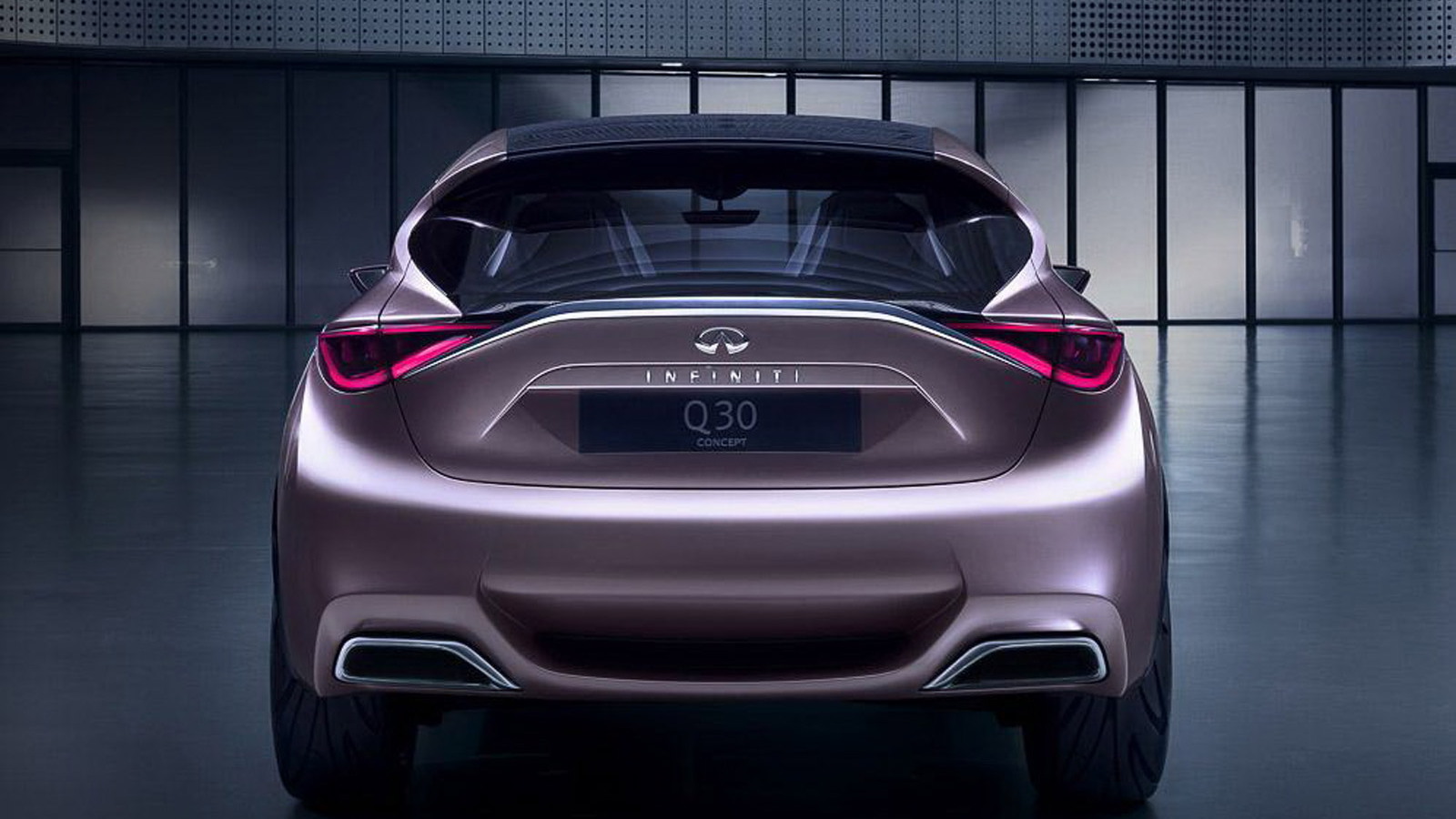 18
photos
Infiniti is working on a new hatch to take on rivals in the burgeoning compact luxury segment, such as the Audi A3, BMW 1-Series, Lexus CT 200h and new Mercedes-Benz CLA. We were given our first taste of the car with the unveiling of the slightly odd Etherea back in 2011, but now we have a more definitive look thanks to reveal of the new Q30 concept car.

Though its shape resembles that of a hatch, Infiniti is keen to stress that the Q30 is not a hatch. Rather, it’s a fusion of various bodystyles that includes elements of not only a hatch but also a coupe and a crossover, the automaker tells us. By combining the sportiness of a coupe, the roominess of a hatch and the higher stance of a crossover, Infiniti is hoping its Q30 will be able to stand out from the crowd.

To further differentiate its Q30 from rival compact offerings, Infiniti will call on its official director of performance, reigning Formula One World Champion Sebastian Vettel, to help develop the chassis. However, much of the development work is already done, as the Q30 shares the MFA front-wheel-drive platform found in Mercedes-Benz’s latest compact range.

Inside the Q30, there’s a sporty flat-bottomed steering wheel, bright digital gauges with purple backlighting, copper-accented dials including a center console-mounted control wheel, accented stitching and soft leather on most of the surfaces.

The Q30 makes its world debut tomorrow at the 2013 Frankfurt Auto Show and will spawn a production version due for launch sometime in 2015. Production will take place initially at Nissan’s Sunderland plant in the U.K. but will eventually be expanded to Mexico for delivery to the North American market. Shortly after the Q30 is launched, we may see a crossover version, which is likely to be called a QX30 in accordance with Infiniti’s new naming strategy.

Stay tuned for full details and all the live photos following the Q30 concept’s debut in Frankfurt tomorrow, but in the meantime head to our dedicated show hub for even more news.