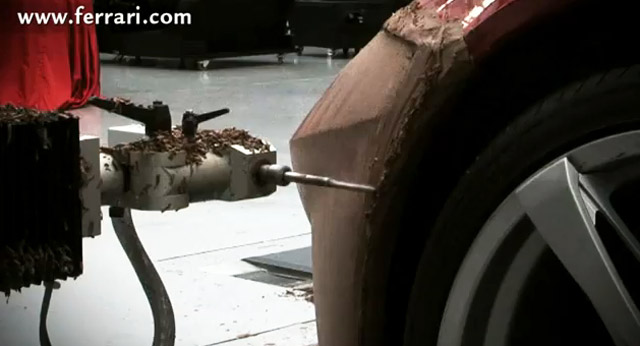 UPDATE: The 599 replacement has been revealed as the new Ferrari F12 Berlinetta. Click here for all the official details and images.

In the lead up to the unveiling, Ferrari has been teasing us with a series of videos.

And while the new car, rumored to be called the F620 GT, may or may not have been inadvertently leaked late last week, the official videos provide us with some never-before-seen details.

Ferrari boasts that its 599 replacement will be its most powerful--road-going--model ever, and that it will debut with a newly designed V-12 engine.

That new engine, incidentally, is expected to develop as much as 740 horsepower and will sit in chassis that’s mostly made up of aluminum. There will still be plenty of innovative lightweight construction techniques and you can bet some carbon fiber will still be used for many of the car’s components.

With the car set to be revealed on February 29, the wait isn’t too long now. Stay tuned for the official reveal and look out for all the live photos as part of our 2012 Geneva Motor Show coverage.