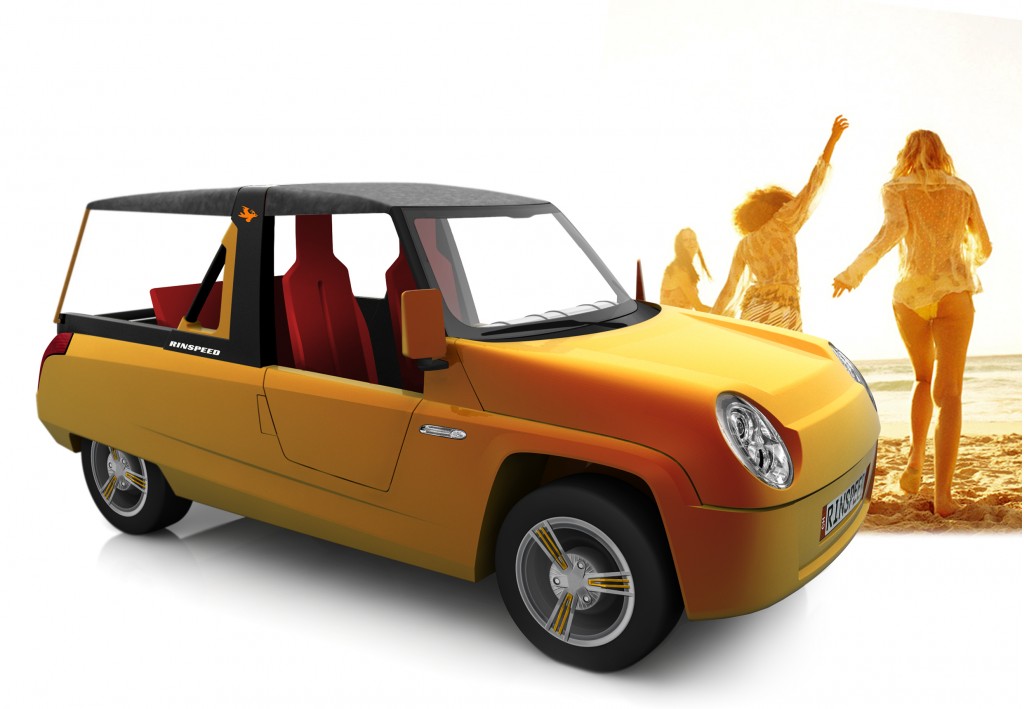 Gratuitous beach bunnies aside, there's not much to the Rinspeed BamBoo concept, and that's the point. A self-described "meta" four-seater with onomatopoeic inclinations, the BamBoo is a car built for people that don't actually like cars. 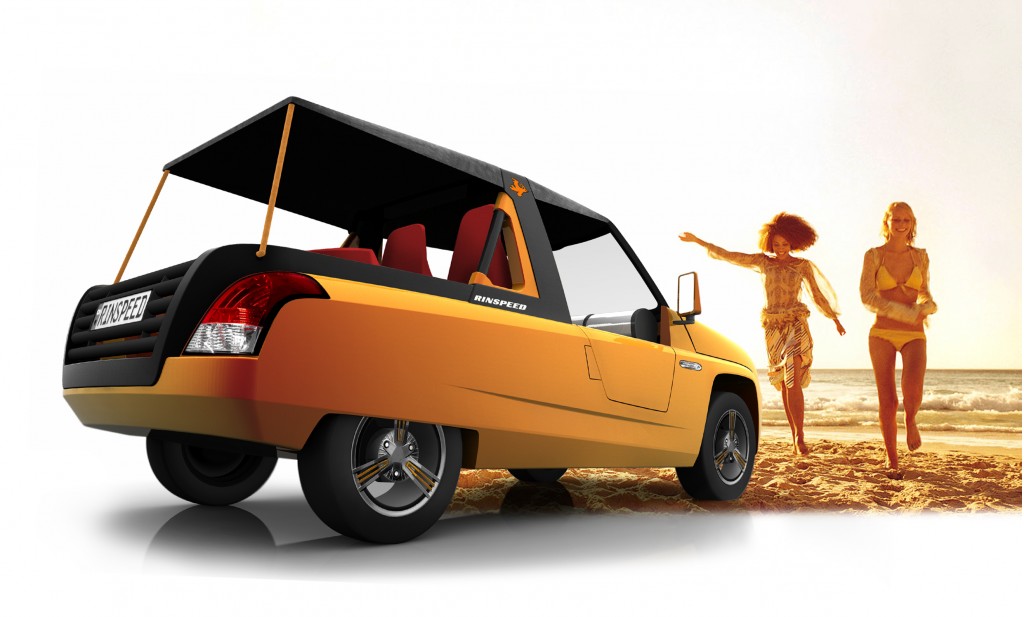 As for the BamBoo's supposed merits, it intends to be a beach-roaming, open-air "fun" vehicle in the spirit of the Mini Moke. Powered by an undisclosed electric drive system and carrying an on-board electric-powered two-wheeler, the BamBoo does its best to bridge modern concerns with classic styling. Unfortunately it ends up looking like a Renault 2CV mated with a golf cart on the floor of a shuttered British Motors Corporation plant. On the other hand, it is a step up from other bamboo cars we've seen in the past.

Though Rinspeed missed the mark with the BamBoo, we'll point you toward the sQuba as an example of some of Rinspeed's more interesting ways of re-imagining the car. Like the sQuba of 2008, the BamBoo will make its debut at the Geneva Motor Show.