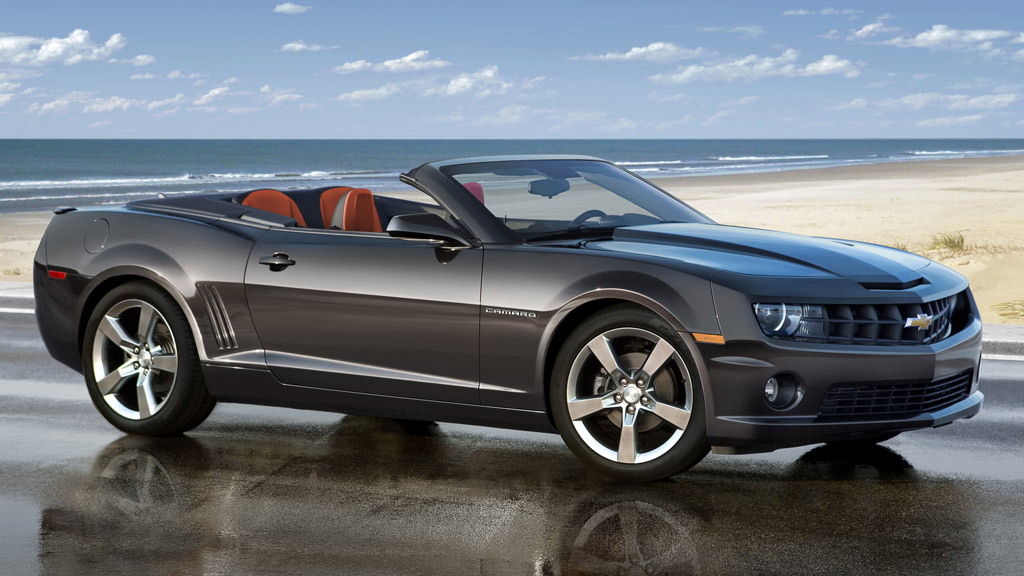 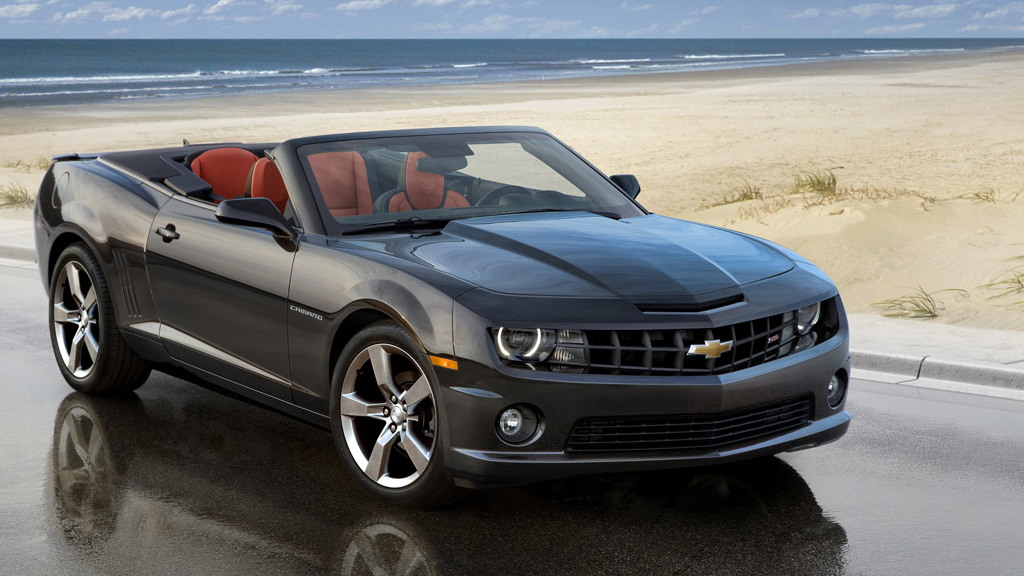 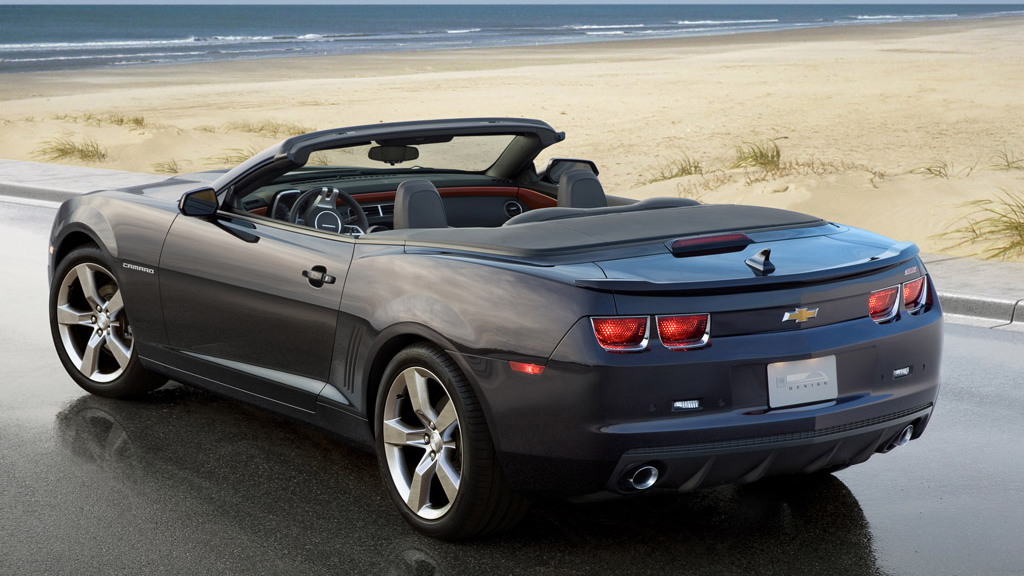 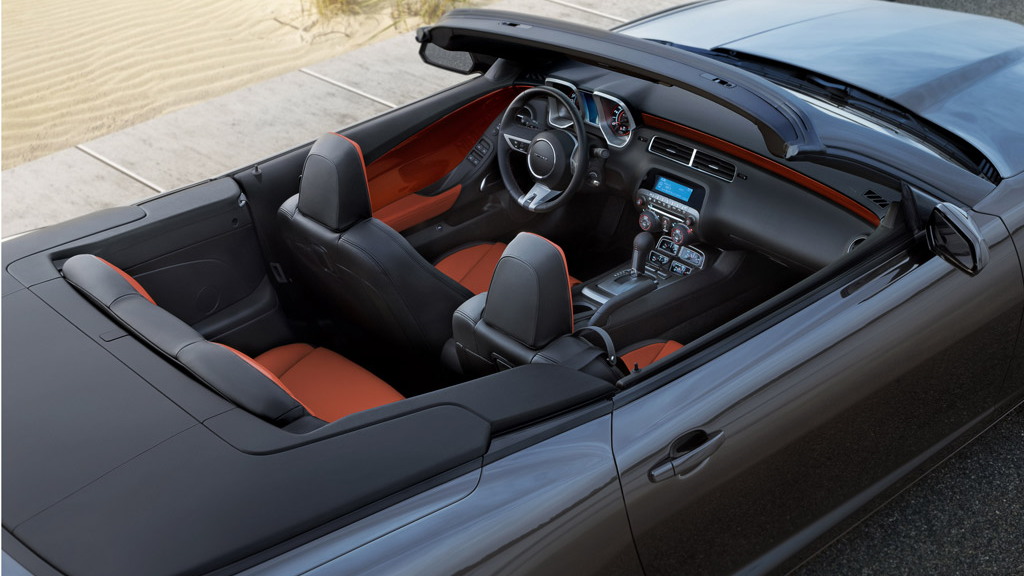 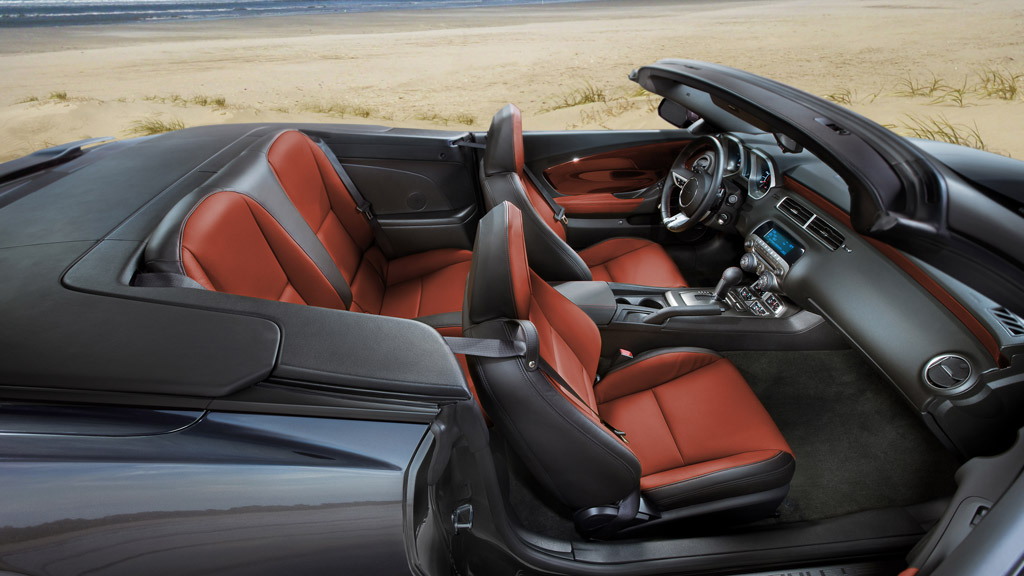 8
photos
The 2011 Chevrolet Camaro Convertible is out from under the covers, ready for its world debut tomorrow at the 2010 Los Angeles Auto Show. It's precisely what you'd expect, since the car has been out as an almost identical concept for about three years now, but there are a few surprises.

A six-speed manual transmission will be standard, with a six-speed automatic remaining as an option. Note that automatic SS models get a slightly less powerful V-8 engine, with output coming in at 400 horsepower and 410 pound-feet of torque.

Nine production exterior colors are available, with the soft-top roof offered in black or tan. The top is made of thick, durable canvas and it features acoustical headliner material that provides a quiet, coupe-like ride when up. It also incorporates a glass rear window and rear window defogger, and retracts in about 20 seconds. Rear parking assist is standard on all convertible models.

The new 2011 Chevrolet Camaro Convertible begins production in January and goes on sale in February.