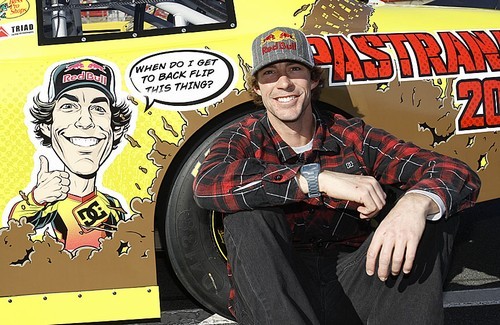 "HELLS YES!" That's Travis' answer to the question "you sure you wanna do this?" as he sits behind the wheel and under a tarp in the newly-formed Pastrana-Waltrip racing NASCAR Nationwide team car. That's our answer too.

For those of you who may not appreciate the subtleties and refinement of the oval-track crowd, or don't understand how a man can ditch a multi-national-championship-winning rally team to go drive a Toyota in circles, we'll just say there's more to NASCAR than meets the eye, both behind the wheel and behind the scenes.

But we're not here to convert you. We'll let Travis do that.