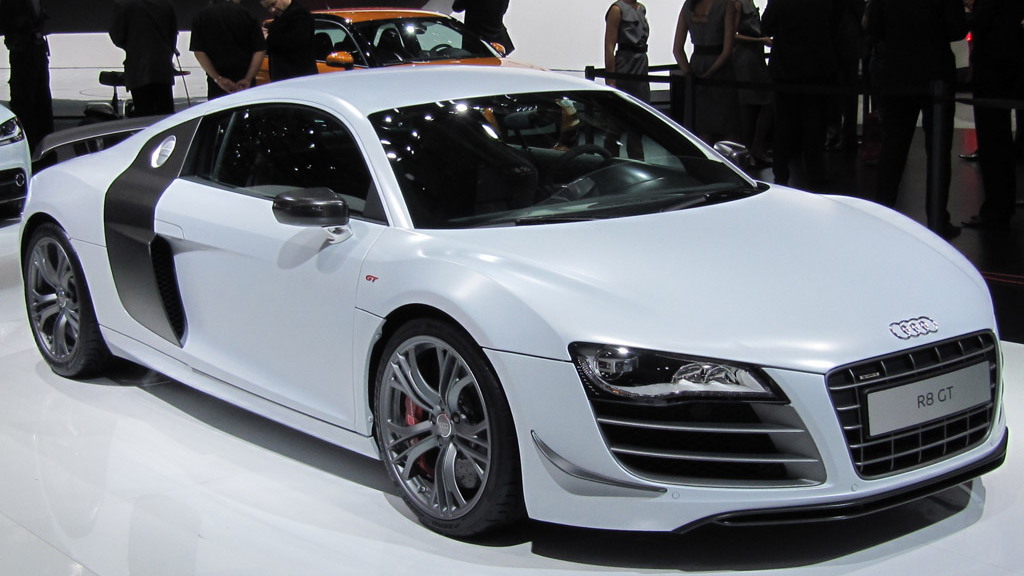 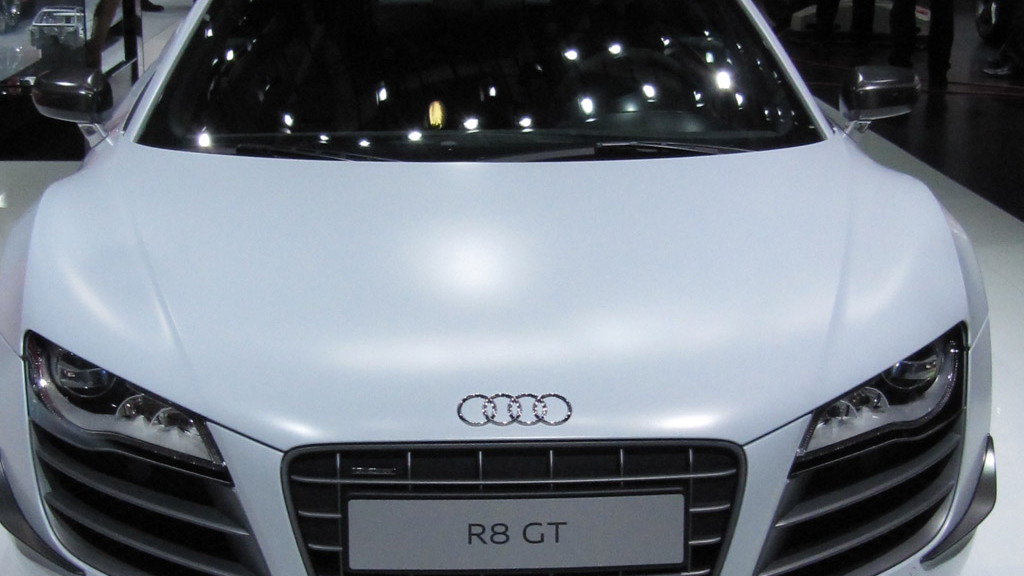 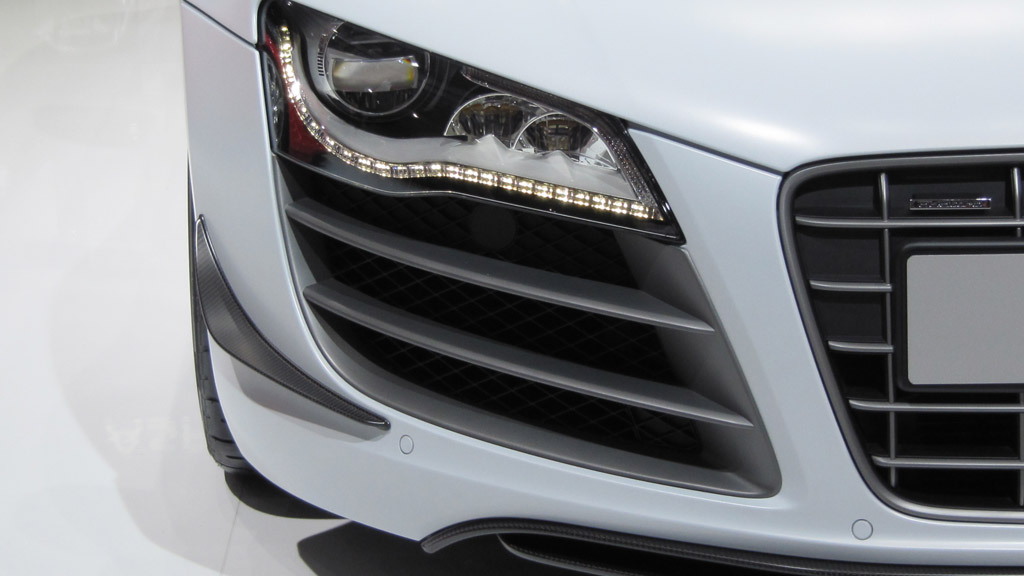 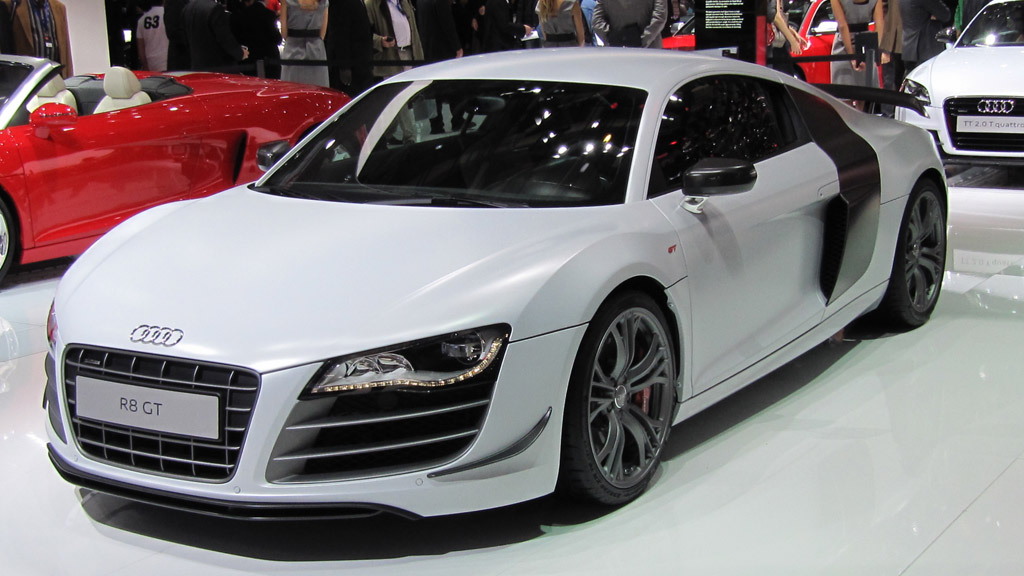 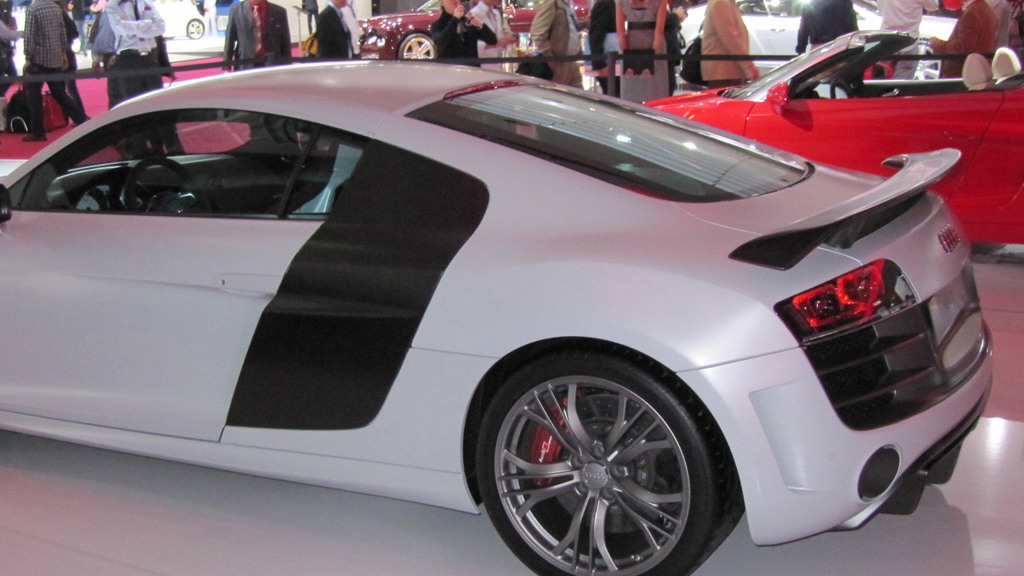 12
photos
Audi has just released pricing for its most expensive model yet, the all-new 2011 Audi R8 GT supercar that arrives in local showrooms in the first half of next year. Pricing for the hot Audi will start at a substantial $198,000, which includes a $1,200 destination charge.

The car is essentially a lighter and more hardcore version of the V-10 powered Audi R8 coupe. Engineers managed to shave off 220 pounds from the regular R8 V-10’s curb weight by taking an elaborate approach that involved almost every aspect of the vehicle, and in the end the scales came to rest at 3,362 pounds.

Only 333 2011 Audi R8 GTs are scheduled to be built and almost a third of them will be making their way here. Local customers will miss out on a race package available overseas, which includes a four-point seatbelt, fire extinguisher and kill switch. Audi’s reasoning is that it would be too expensive to homologate for the U.S. market.

The R8 GT will be offered in a choice of four body colors--Samoa Orange metallic, Suzuka Gray metallic, Ice Silver metallic and Phantom Black pearl effect--and its 19 inch wheels feature an exclusive five twin-spoke Y design in a titanium-look finish. The front fenders also sport “GT” badges. Each car will have a badge with its production number on the shift lever knob and one highlight is the standard LED headlights, which use light-emitting diodes for all functions.

For more details on the 2011 Audi R8 GT check out our previous story by clicking here.