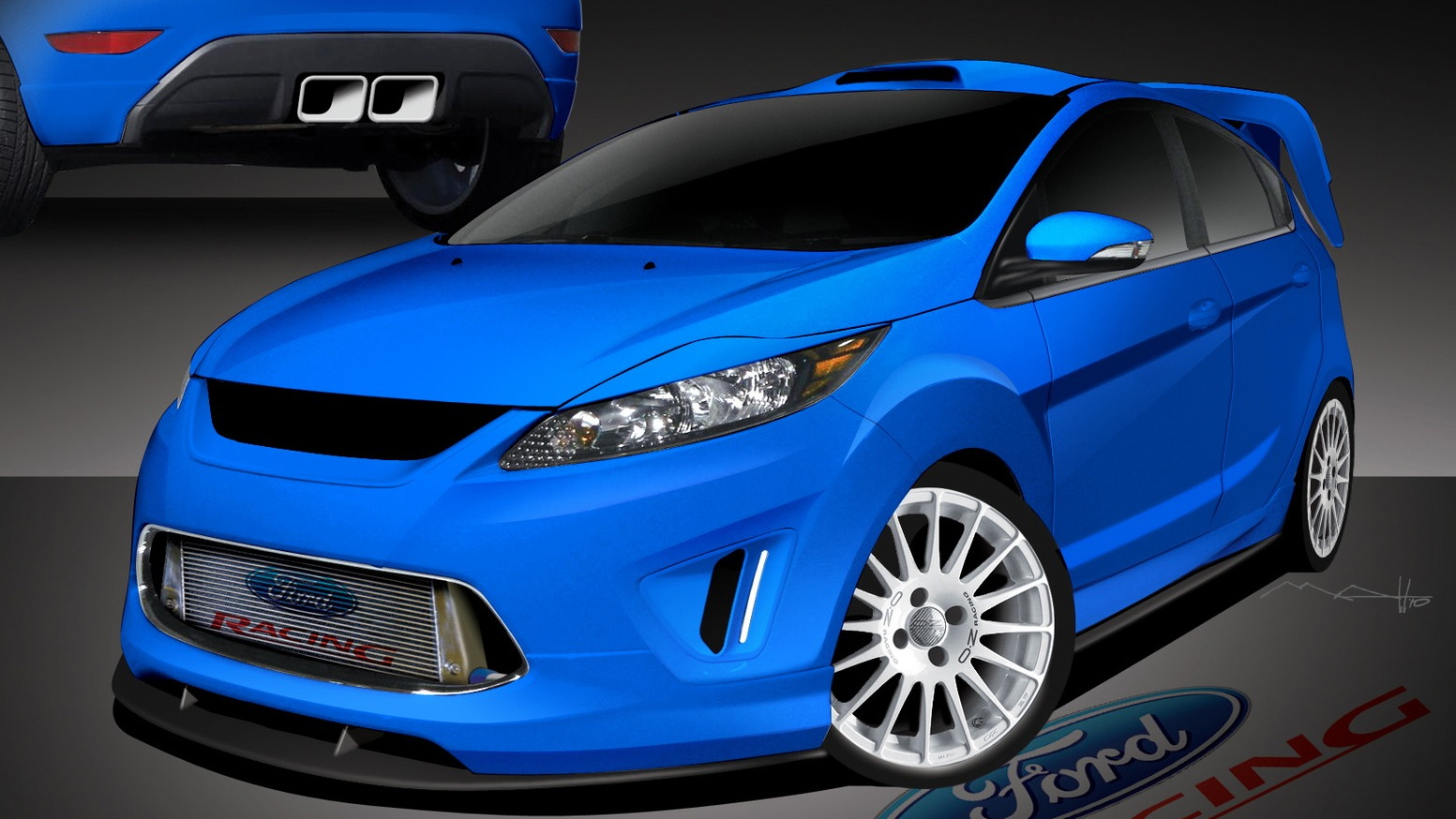 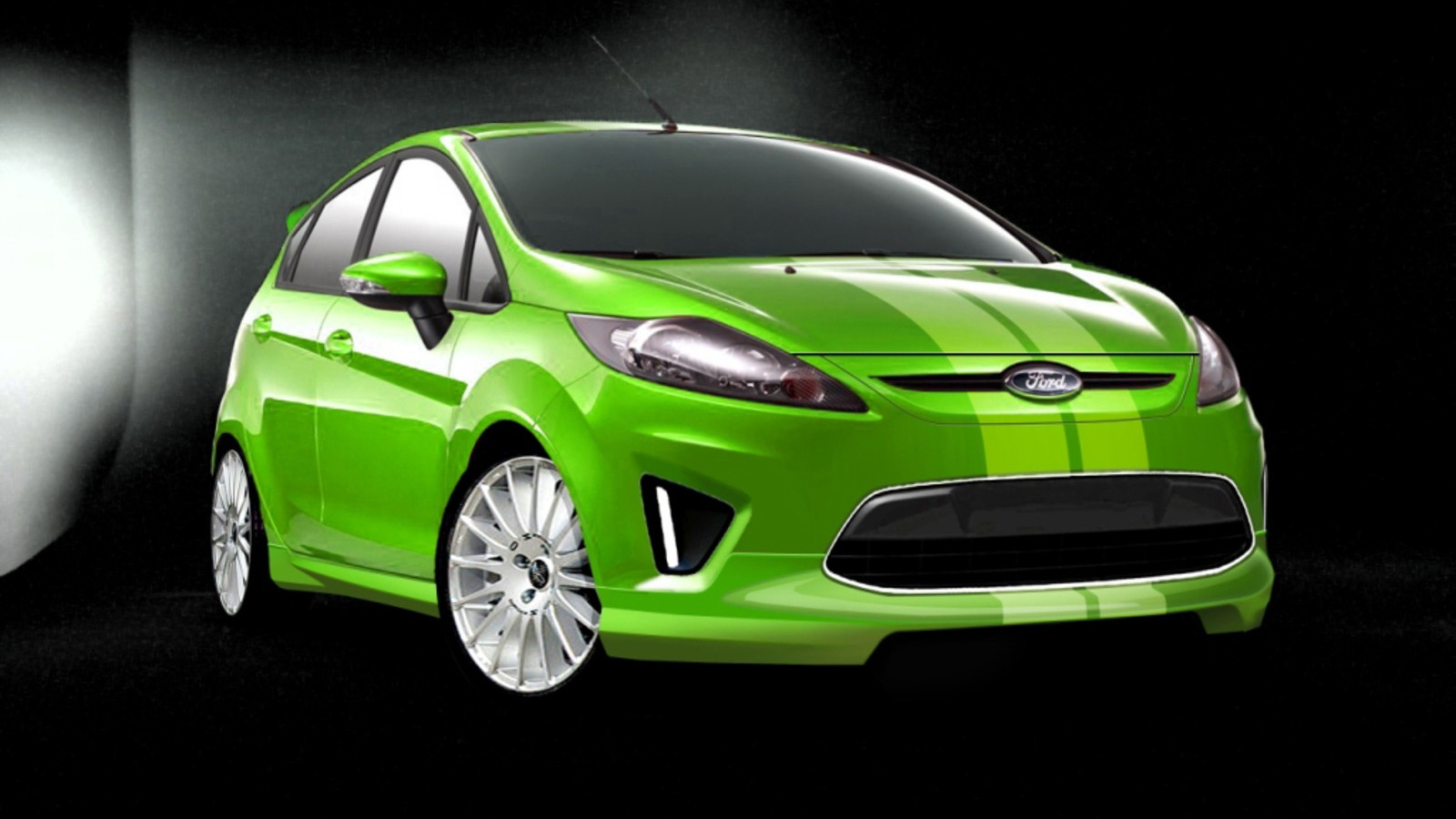 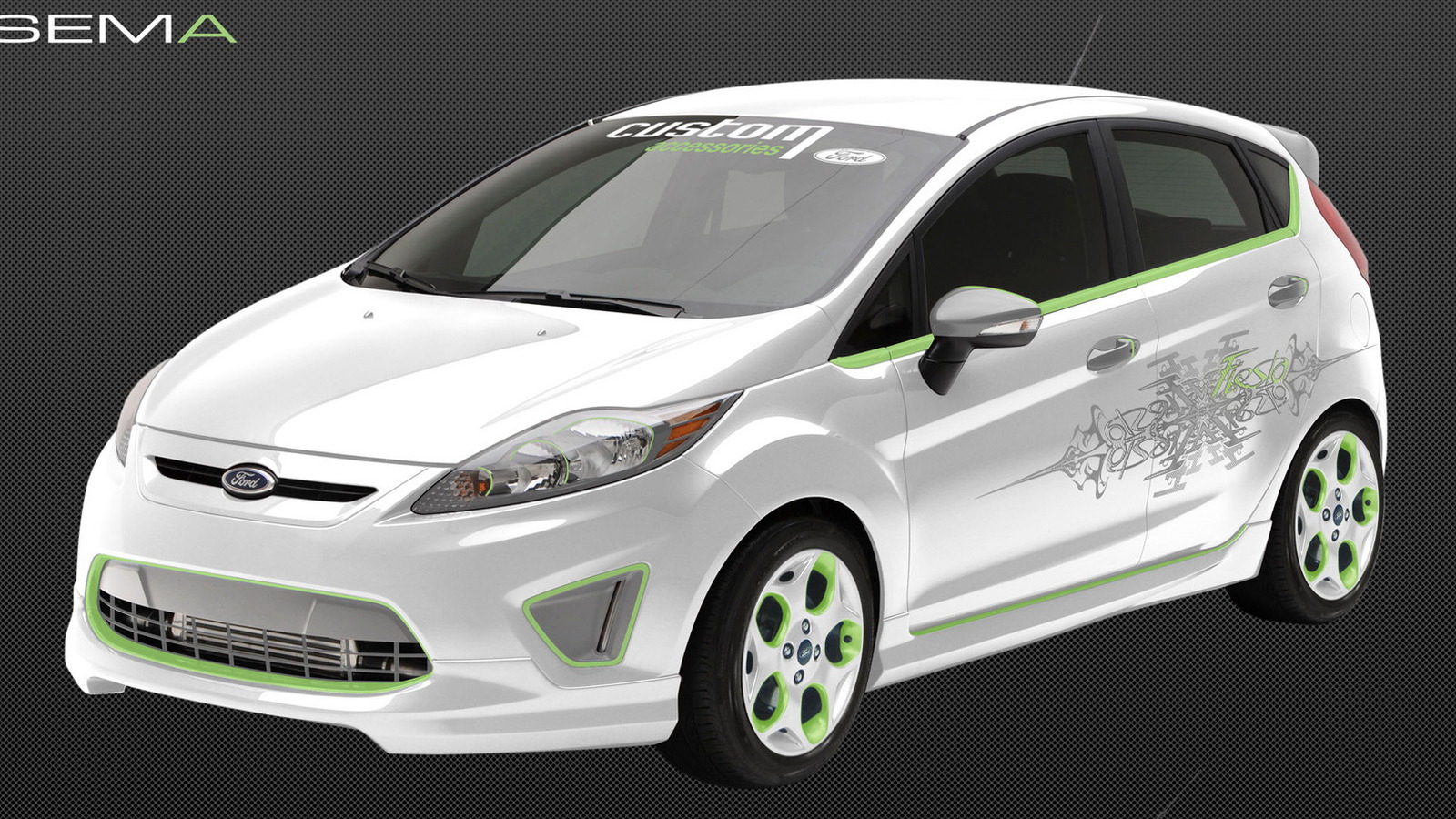 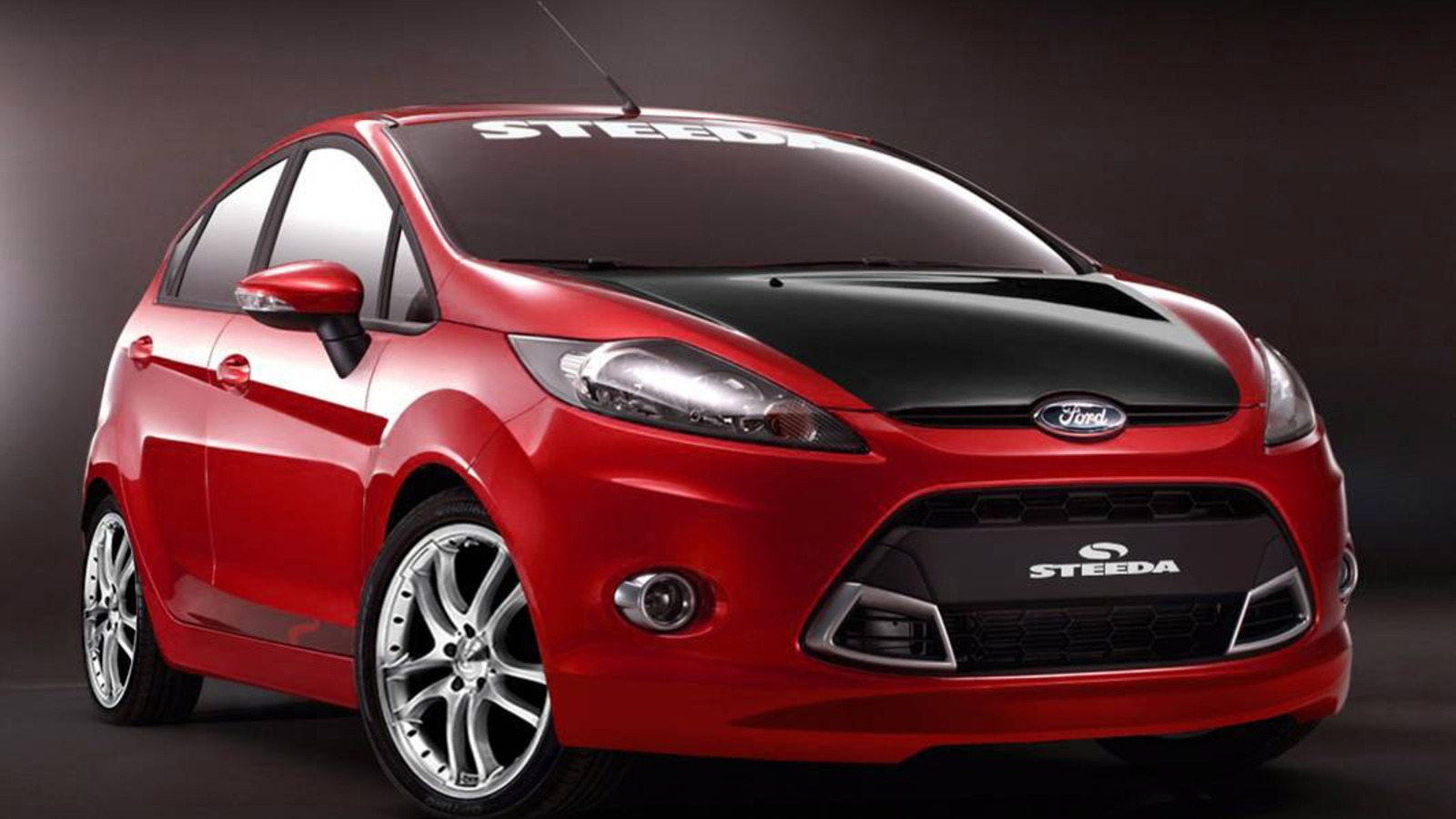 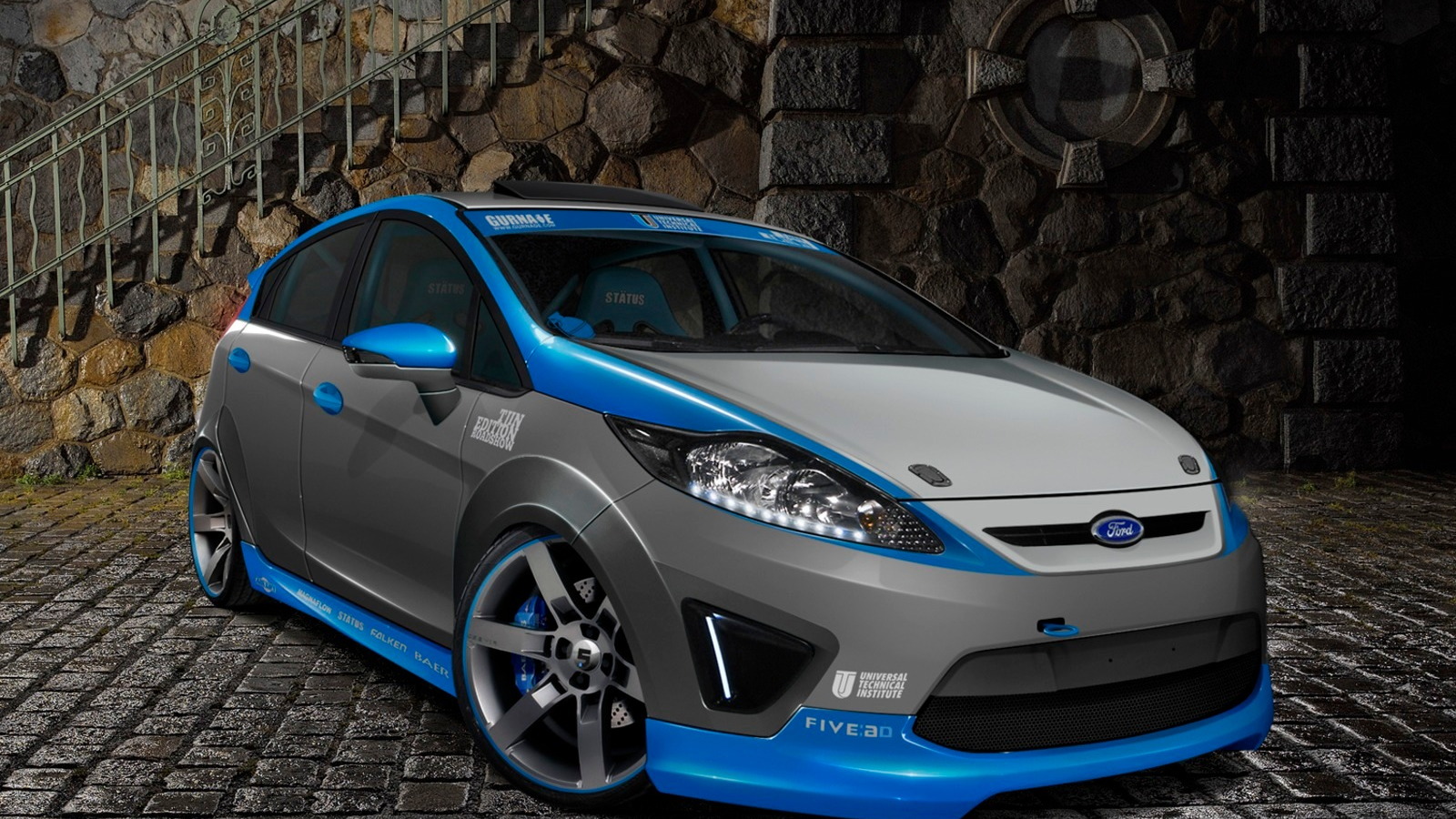 The 2011 Ford Fiesta is already selling well, and at higher prices than its big brother, the Focus. Now Ford is getting into the accessories game for the small hatch, with a set of cars to debut at the 2010 SEMA show in Las Vegas.

One of the cars on display at SEMA will be a bit more special than the rest, though. Treated by Ford Racing Performance Parts to a larger 2.3-liter turbo engine based on the 2.0-liter EcoBoost, it cranks out a rally-car-like 350 horsepower.

It also gets some parts that are actually available for purchase at Ford Racing Parts' website: a short-throw shifter and Ford Racing exhaust. Available 17-inch wheels in charcoal gray are also fitted. Because it goes so much better, Ford also fit new Brembo brakes to the SEMA concept Fiesta, with Ohlins dual-flow dampers to improve handling.

Arriving at the show in all-blue paint, the car will be painted live during SEMA by "a renowned artist" and auctioned off "in the future" to benefit the Juvenile Diabetes Research Fund.

The other Fiestas to take the stand at SEMA include an appearance-package car by Ford Vehicle Personalization, featuring a body kit, a white-and-black interior package, and graphics. Universal Technical Institute's Fiesta will be a bit racier, with an Air Lift digital suspension, roll cage, Status racing seats, Baer brakes, 18-inch wheels, and a custom DuPont paint job. The 3dCarbon Fiesta also takes inspiration from the track, with racing stripes, a rear roof spoiler, four-piece body kit, and other upgrades. L&G Enterprises is bringing a custom Fiesta with a lower stance, exhaust, intake, carbon fiber accents, and a black interior.