Your GPS navigator can already talk to you. A new device wants to let it touch you. A group at the University of Utah recently added direction-indicating knobs to a steering wheel that nudge the driver's fingers to tell them where to go.

It seems the future car will employ many of the driver's senses for navigation and safety. Already common visual and aural commands might be more integrated with the car (see augmented reality windshields) and this project isn't the first to use touch for communication: In the July issue of IEEE Spectrum, Anne-Marie Corley described a vibrating seat that rumbles to warn drivers of cars in their blind spots.

This project uses a similar concept but, instead of vibrating seat tactors, the device uses TrackPoint caps--knobs once used for steering IBM laptop cursors. The once passive TrackPoints now push back on the user's sensitive fingertips, a gentle rub left meaning, well, turn left. 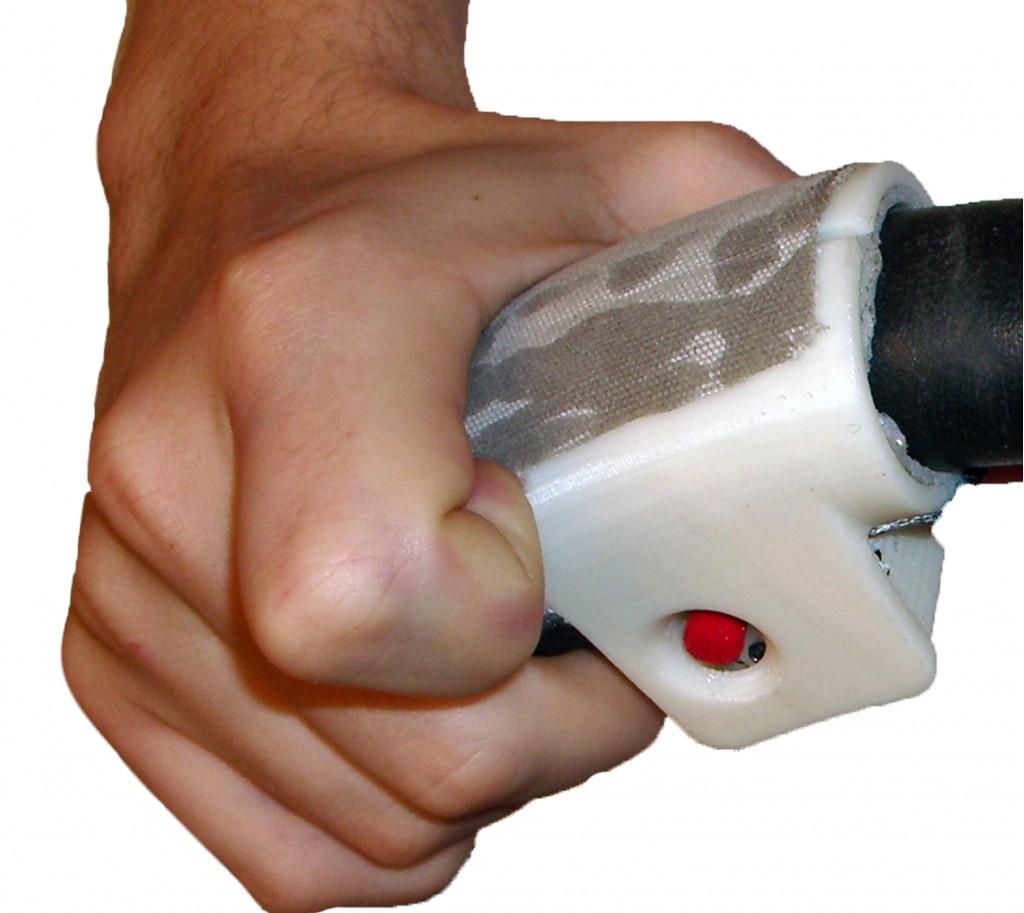 In a small study, nineteen undergraduates gave the device a driving simulation test run. Without cell phone distraction, drivers who received tactile feedback followed lane changing commands about as accurately as those who listened to a computerized voice (97.2 percent accuracy for tactile feedback and 97.6 for aural). In a separate run, drivers chatted on a cell phone while receiving lane-change directions. Here, the fingertip feedback seemed to help more than the spoken directions (98 percent lane change accuracy for tactile versus 74 percent for aural). Nate Medeiros-Ward, lead author of the study will present his team's complete findings today at the Human Factors and Ergonomics Society's annual meeting. The team's previously published or forthcoming papers on the "skin stretch" feedback device appear on the project's Website.

A University of Utah press release starts by describing the invention as means to keep distracted drivers on the road--when they are too busy chatting to hear or watch the GPS. That application seems, for me, a bit far fetched. If you're too distracted to pay attention to the GPS commands and watch the road, a gentle finger rub from your wheel (once you're accustomed to it) doesn't seem any more likely to get your attention.

David Strayer, coauthor and a professor of psychology, seems to say as much in the press release:

Strayer says the findings shouldn't be used to encourage cell phone use while driving because even if giving drivers directional information by touch works, "it's not going to help you with the other things you need to do while driving--watching out for pedestrians, noticing traffic lights, all the things you need to pay attention to."

What sounds more promising, as described on the project site, is the devices' ability to give directions to those who are paying attention, but who may not benefit from voice commands--focused deaf drivers, for example. The device might also help those on foot: Incorporated into walking canes, the touch cues could give directions to the blind--or, as demonstrated in the video below, allow advisors to steer graduate students via remote control.

Images: Justin Lukas and William Provancher, the University of Utah

This story, written by Joseph Calamia, was originally posted on IEEE Spectrum, an editorial partner of High Gear Media.