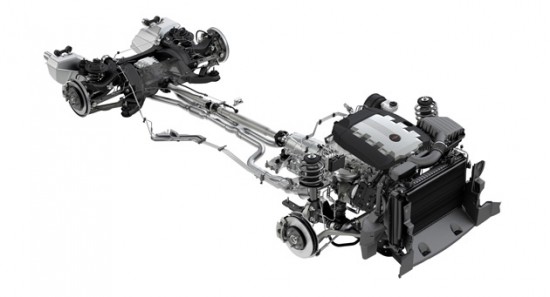 General Motors’ rear-wheel drive Zeta platform was pioneered in Australia for the locally built Holden Commodore sedan but right from the start Detroit had global intentions for the design. Today, Zeta running gear can be found in models sold in China, South Korea, the UK, and in North America (Pontiac G8 and Chevrolet Camaro), but GM has much more ambitious plans for the platform, going right up until 2020.

Last year we reported that the platform would be modified to be smaller and more fuel-efficient, and that the first car to ride on this ‘Zeta II’ design would be the next-generation Holden Commodore due in 2013. A new report published by Motor Trend confirms that Holden is developing a lighter and more highly-evolved version of the four-year old Zeta platform and gives us insight on some of the U.S. models that will  benefit from it.

There will be two versions of the Zeta II platform: short- and long-wheelbase. Both will feature increased use of lighter materials in their construction, including the possibility of advanced composites and high-strength steels. Other issues potentially affecting the design process include the use of more fuel-efficient powertrains, such as diesel and hybrid options, as well as increased global production.

Some of the recipients for the updated platform include a new sports sedan from Chevrolet, essentially a four-door Camaro (the Camaro itself will switch to the smaller Alpha rear-wheel drive platform for its replacement), a premium sedan for Buick and a more luxurious version for Cadillac to rival the likes of the Mercedes-Benz S-Class, BMW 7-Series and new Hyundai Equus. Importantly, this new large Cadillac won’t be the brand’s flagship. That title will reportedly go to an even more upscale sedan designed to compete with Bentley and Maybach--but on a much lower price scale.

It’s important to note that GM is likely to keep its rear-wheel drive Sigma platform, too. Sigma currently underpins the Cadillac CTS and this is the platform that will likely be used for the next-generation CTS and its variants. This means that in the near future, Cadillac will feature three separate rear-wheel drive platforms, Alpha for its small cars, Sigma for its mid-size cars and Zeta II for the big boys.